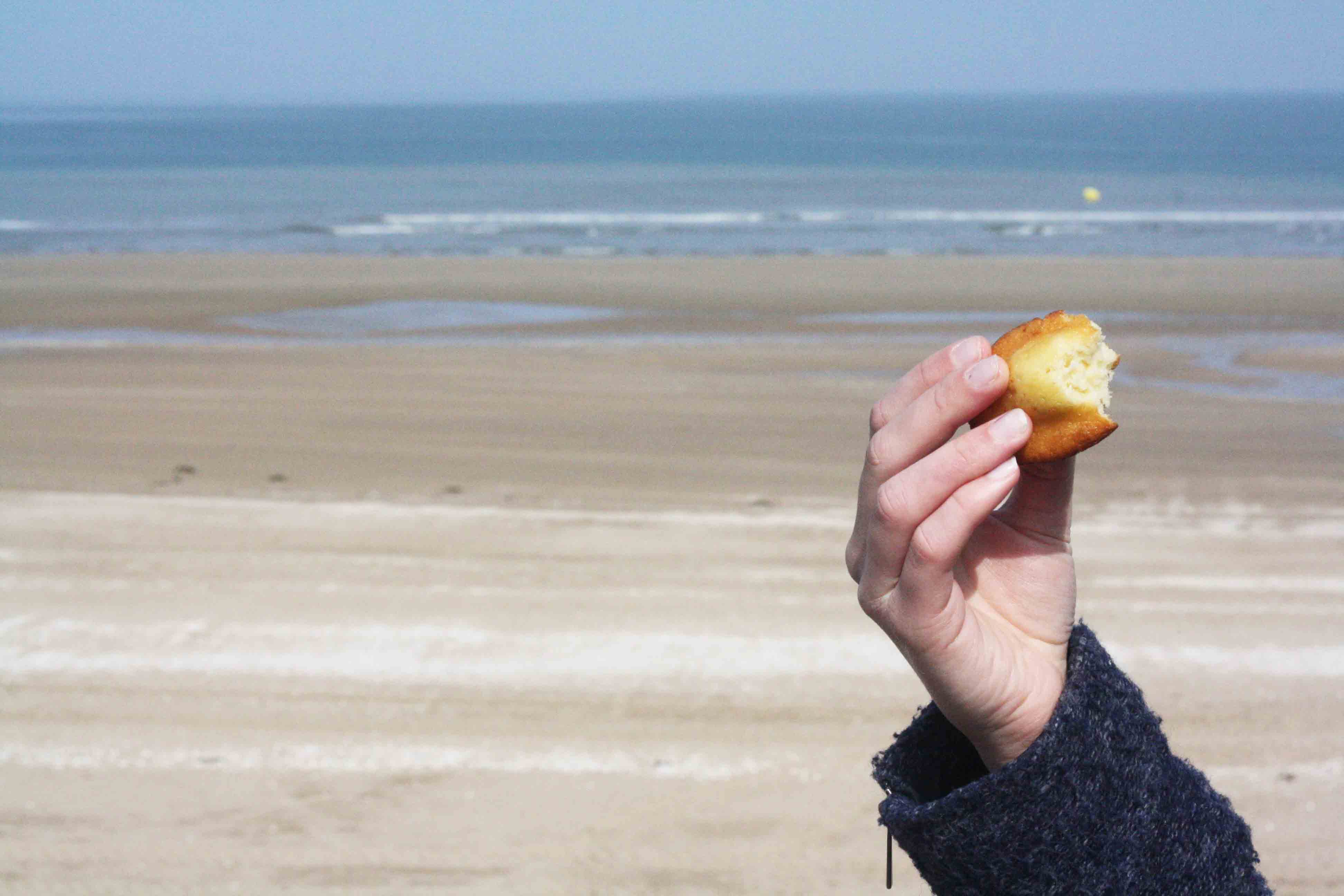 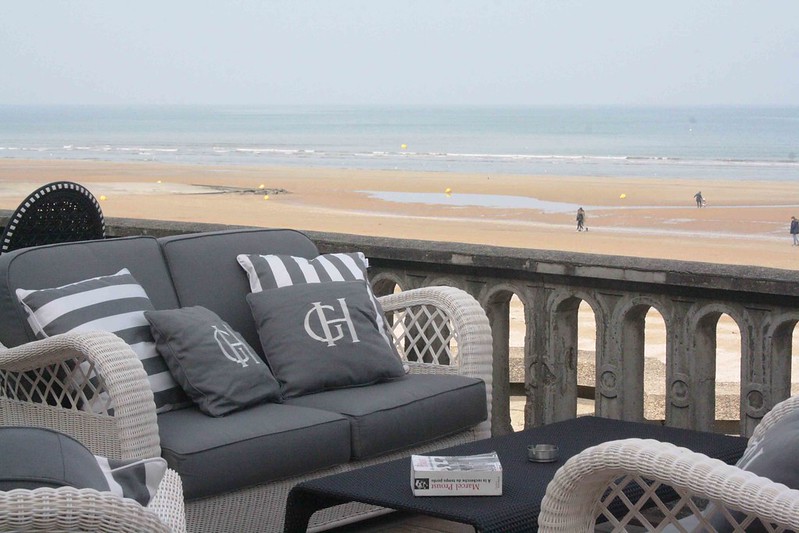 A day’s outing into Lost Time.

[Text and photos by Florian Morin]

If you take as a starting point the Saint-Michel Church, and from there walk north on the Avenue de la Mer, then you will pass all kinds of restaurants and bakeries, and they will tempt you with a profusion of crepes, chocolates, pastries, breads and sweets. On the way, it’s likely that you will look up at the beautiful Anglo-Norman mansions, with their high chimneys and many windows (the city has a lot of those to offer) and you’ll probably stop in some of the many clothing or gift shops, or, why not, in one of the avenue’s two bookshops. Then, eventually, there will be no street to walk any more: after bypassing the grandiose Grand Hotel, you will suddenly stand in front of the English Channel. But this is nothing extraordinary in a city where every street, it seems, takes you to the sea.

On a cold April Sunday, I’m visiting Cabourg in Normandy, France. Like several of its fellow seaside cities around here, Cabourg is well-known for its thalassotherapy centres, its casino, its never-ending sandy beach and its blue or grey aquatic horizons – depending on the weather. This is one of the Parisians’ favourite week-end destinations when, in July and August, heat and summer vacations drive them away from the capital. But Cabourg is also a city dear to French author Marcel Proust, which he depicted under the name of Balbec in his novel In Search of Lost Time.

I am not new to the place, I grew up close by. As a kid, I took some of my first swims in its cold waters, and once got lost on the beach. I took walks from here to the nearby villages and, many times in summer, had ice cream on the seaside promenade. But this is the first time I’m coming here as an accomplished Proustian, after completing the reading of In Search of Lost Time’s seven volumes. In many ways, it makes things look different.

And what do Proustians look for, when they visit the city?
Of course they want to see the Grand Hotel, a landmark from the Belle Epoque, where Marcel Proust frequently stayed between 1907 and 1914. There, on the fourth floor, in room 414, fresh air would favour good health and tranquillity would lead to good writing. The hotel staff, if you ask, will be happy to tell you that the novelist used to book the same three bedrooms when he was coming from Paris, but would only occupy the one in the middle. The two others were to guarantee that no loud neighbours would settle with their irksome children and disturb the quietness he was longing for… Well, some of us know how to deal with problems.
True Proustian pilgrims will also want to eat madeleines, these shell-shaped cakes made famous in the very first pages of Proust’s masterpiece, as some new kind of travel machine. Indeed, their taste suddenly reminds the narrator of his childhood memories, and there starts a journey of several thousand pages. Today, in Cabourg, you can buy some from almost every corner.

But, more than Cabourg, this is fictional Balbec that I, and others, come to find. This world of salons, intrigues, bourgeoisie and aristocracy at the junction of the nineteenth and twentieth centuries.
We want to see the place where the Marcel of the novel first met Albertine, whom he will be madly in love with, later on.
We want to enter the church he so longed to visit as a child, and recognise the seascapes’ colours from the descriptions of Elstir’s paintings.
We also want to somehow feel an atmosphere of old-fashioned leisure and elegance – those bright afternoons when the prospect of receiving a letter, or catching someone’s eye, could be the most important thing in the world.

On the promenade, the most romantic ones will try to recognise Balbec’s colourful characters –Marcel’s witty grandmother, the wealthy Mme de Villeparisis, the haughty Baron de Charlus or the handsome Marquis de Saint-Loup. And maybe, if they’re lucky, they’ll spot someone who looks like them. Why not? Because you know, as Marcel says, time gets lost but it can also be regained.
And here comes a girl, laughing. This must be Albertine or one of her friends. These young women are always seen running around. I’ve also been told they’re rather loud and can be cheeky at times.
On that side, a white-haired man is starring at the sea – can that be Elstir, the impressionist painter? He is indeed well known for this habit of “gazing, with concentrated attention, into the empty air.”
And over there, those couples holding hands, or sheltering under the same umbrella… They probably just had lunch in one of those fancy restaurants. They’re walking and nothing around them really matters. They too could belong to a novel in which everybody, or almost, is in love. What kind of romance are they into? Does anyone know them?

One could easily believe that Cabourg’s seaside promenade is still haunted by Proust’s characters. Where could they have gone anyway? There is nowhere here to go but the promenade. You know, in this city, every street will take you to the sea.

With Proust in Cabourg 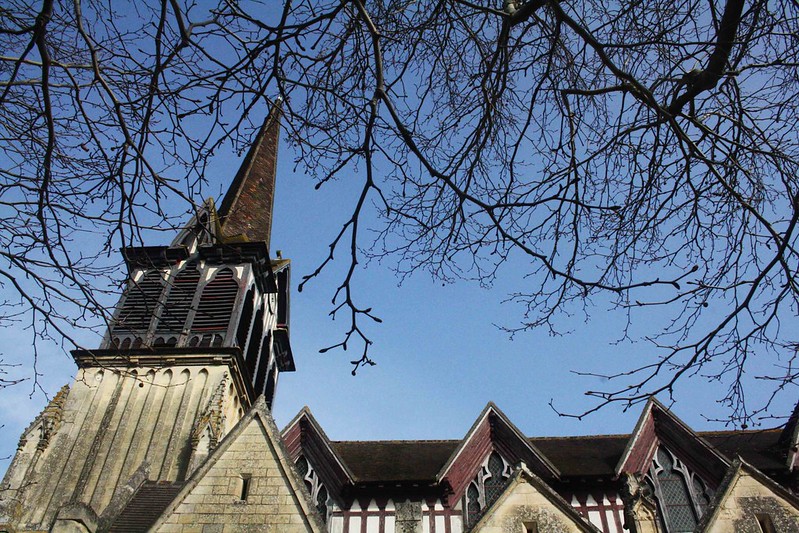 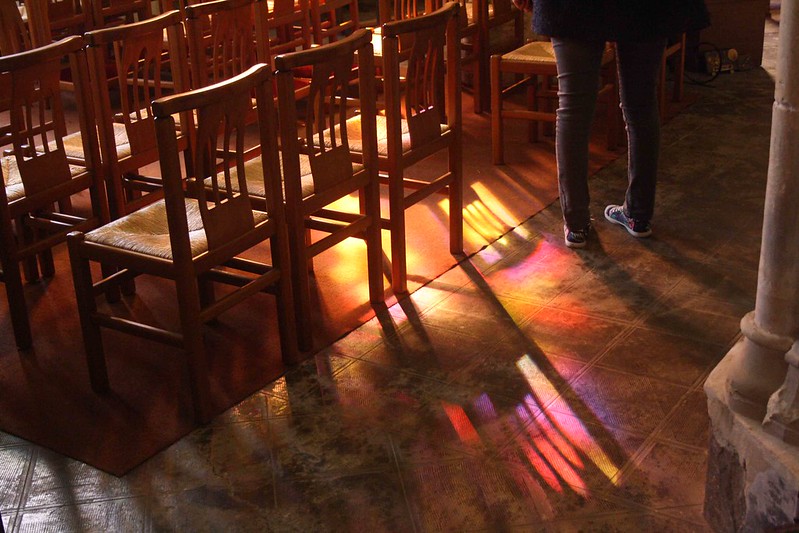 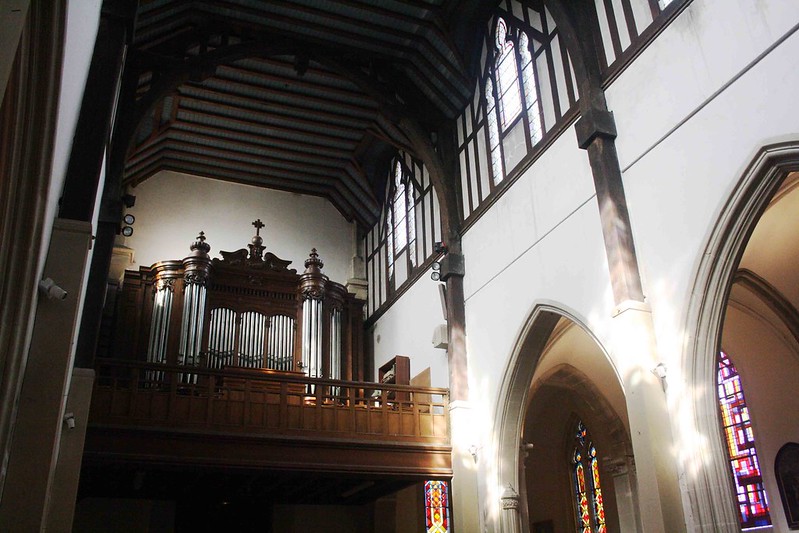 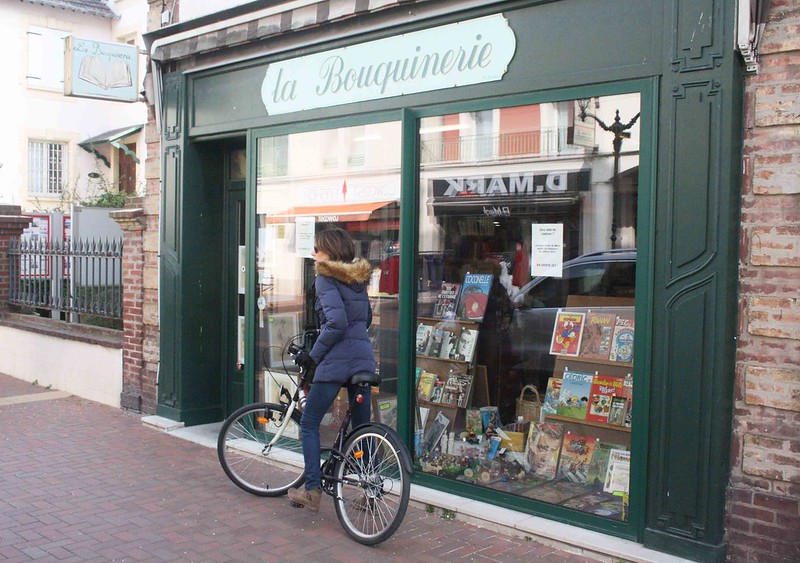 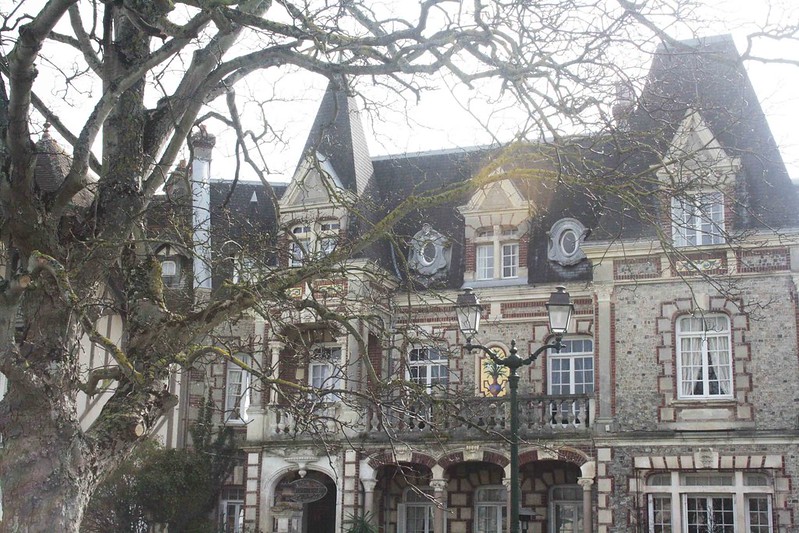 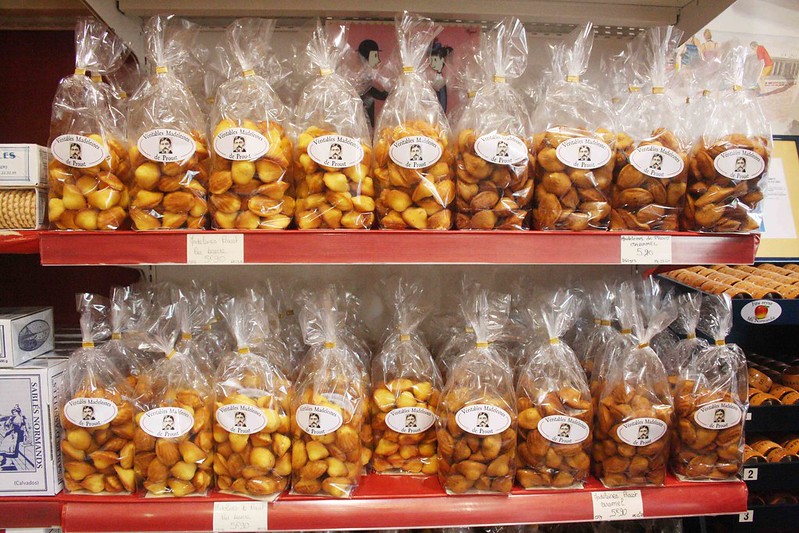 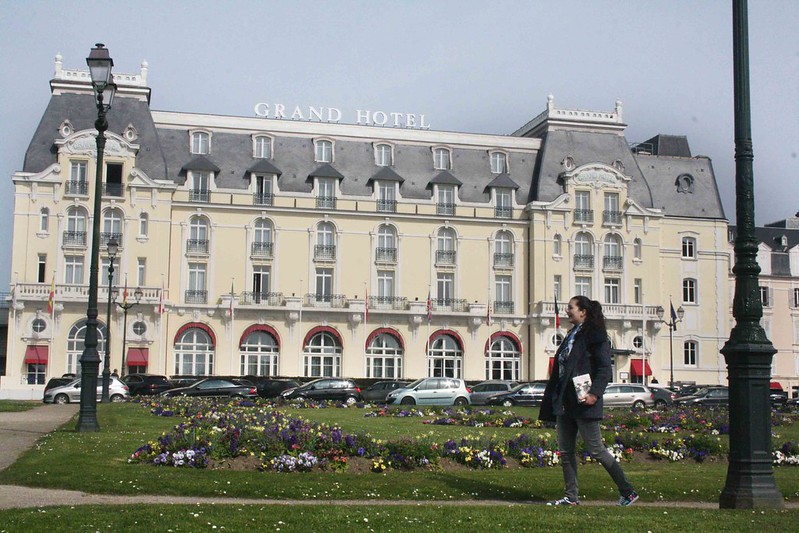 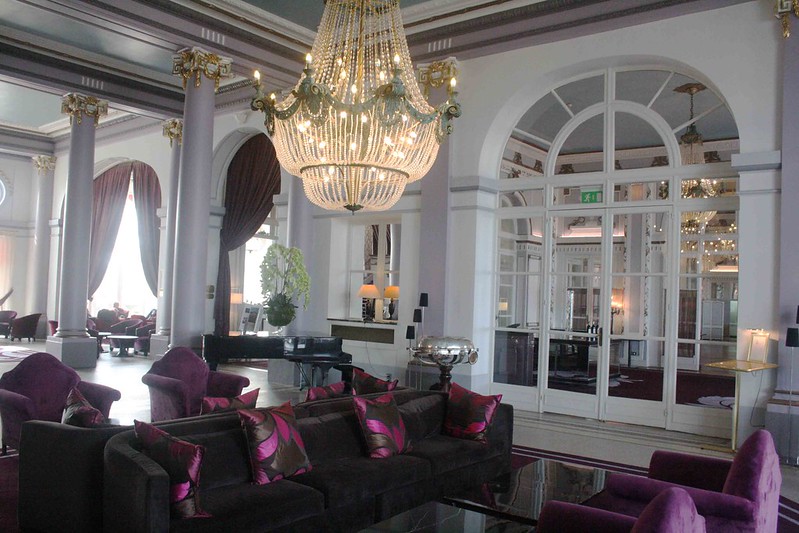 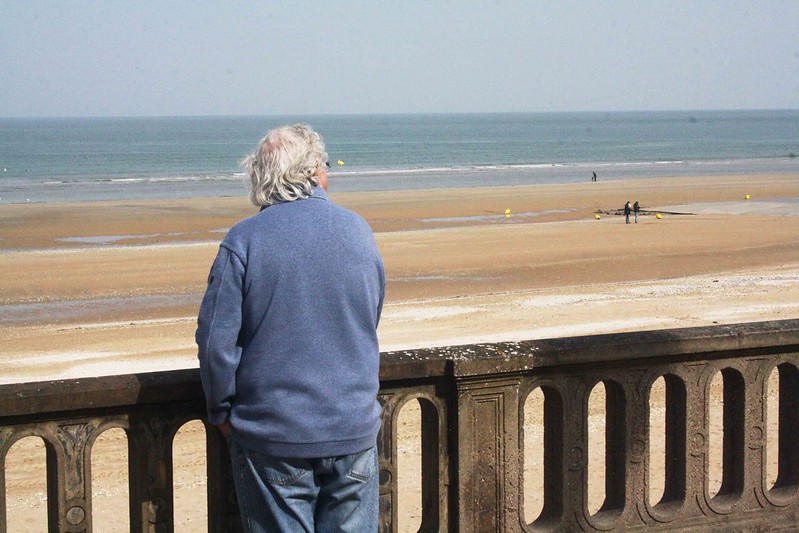 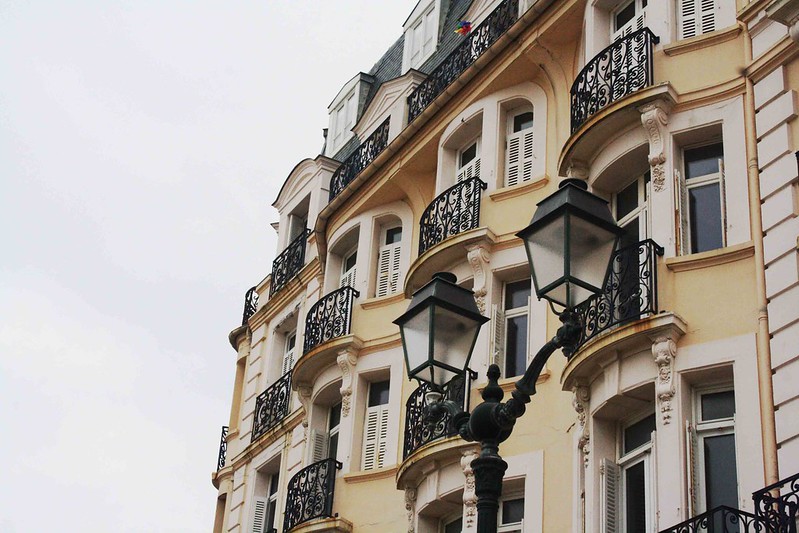 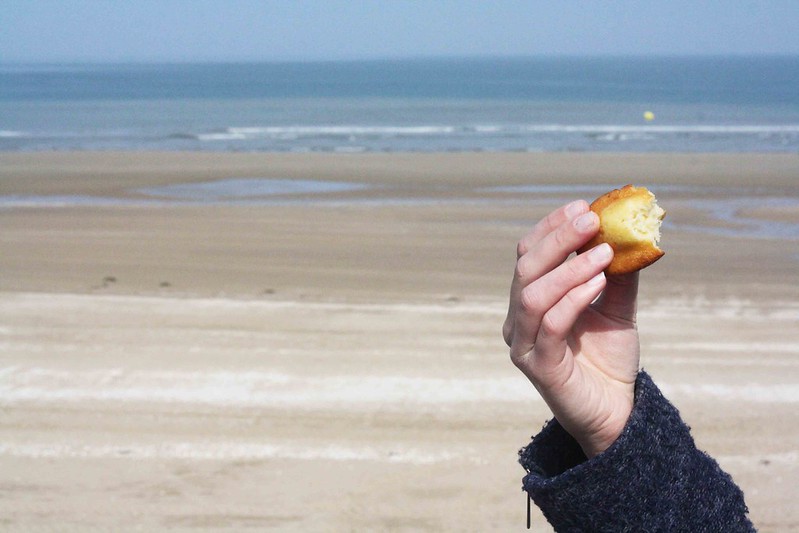 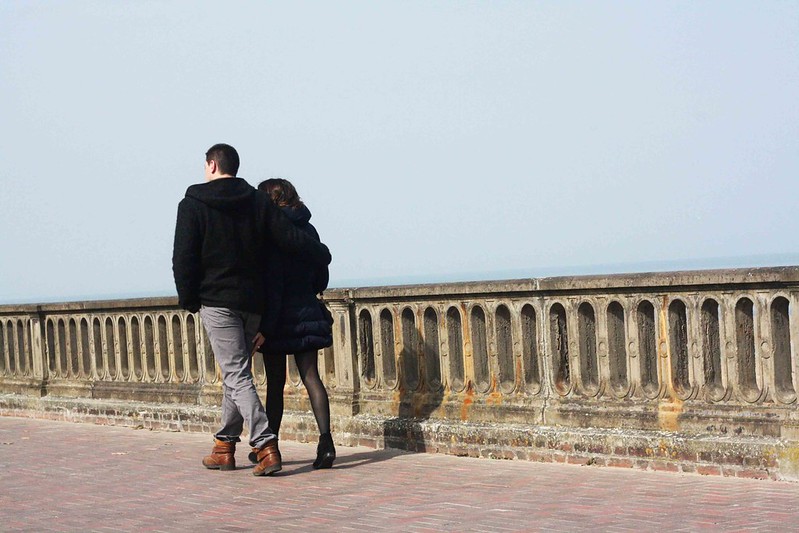 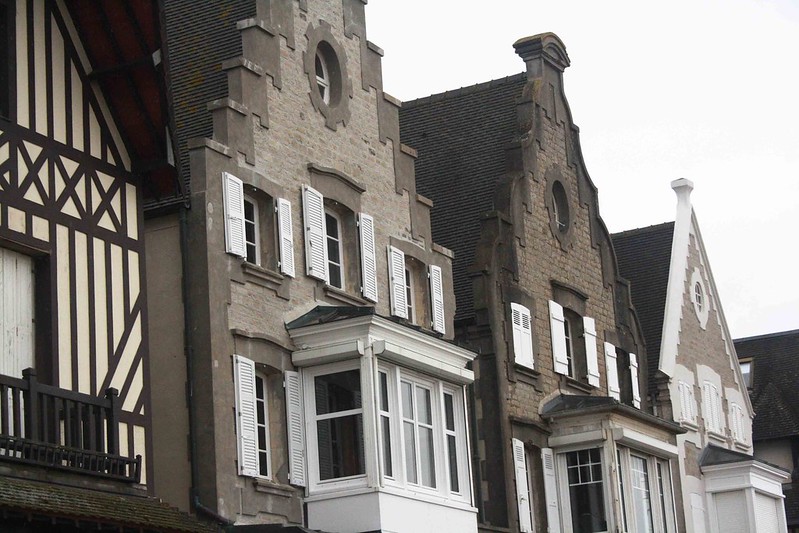 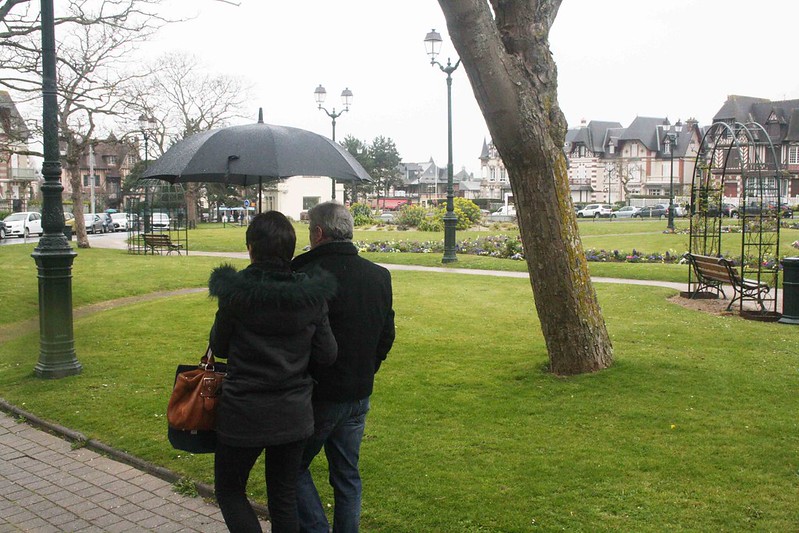 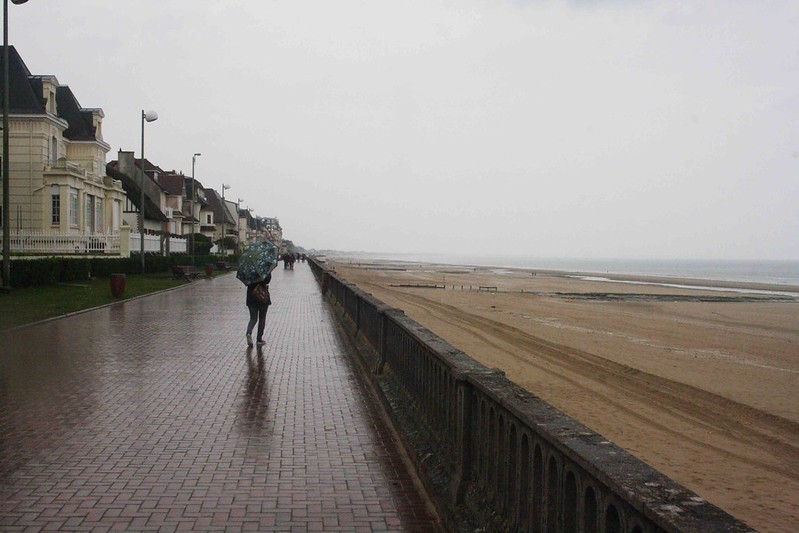 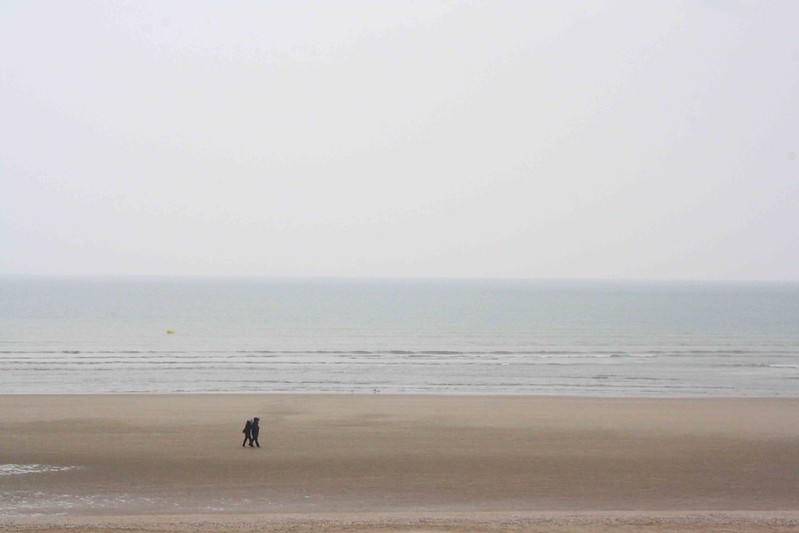