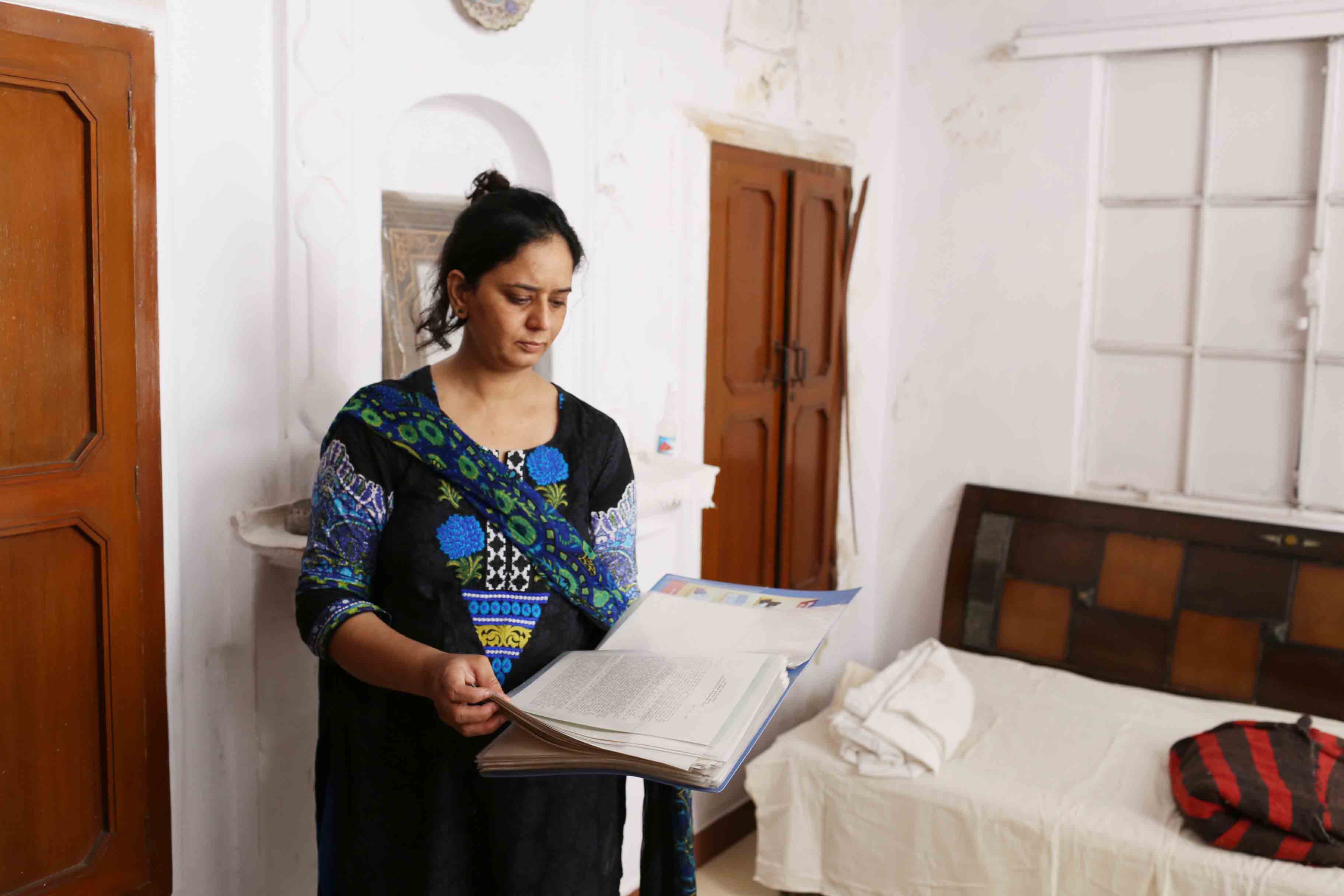 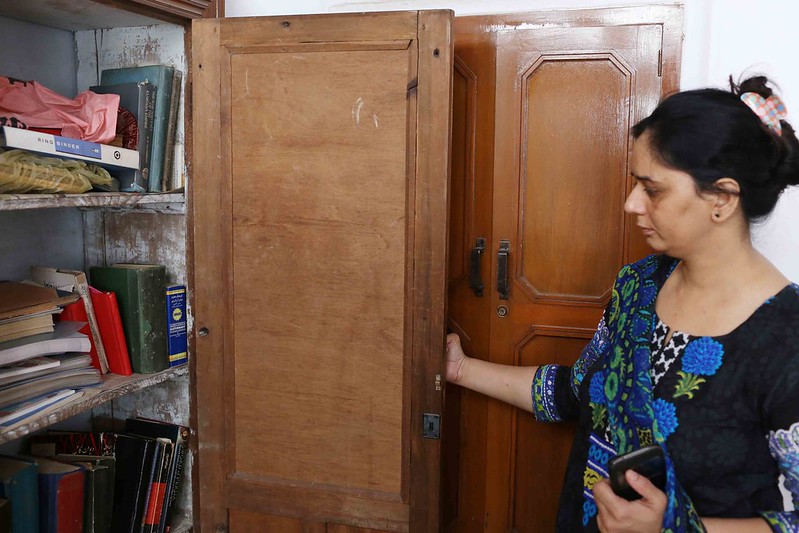 One morning The Delhi Walla enters the library of the city’s great Persian scholar S.M. Yunus Jaffery at his home in the congested Walled City neighborhood of Ganj Mir Khan. Mr Jaffery is not to be seen. He died a week ago due to complications arising out of a delicate surgery. He was 86.

Mr Jaffery’s home–a private world of courtyards, terraces and balconies–shelters the families of his various nephews. His books and papers are confined to three rooms.

The late scholar had retired as the head of the Persian department at Delhi University’s Zakir Husain College and spent his long years immersed in reading and writing. Though he never married, he remained attached to a woman in Iran whom he had first met decades ago while pursuing a doctorate in Persian studies in that country.

“Bhaimian was a workaholic and did not want to die,” says Shazia Zahid, who is married to Mr Jaffery’s nephew Faridu. She is referring to Mr Jaffery in the affectionate way he was addressed by the family.

Talking in a cracking voice, she says, “I was not prepared for Bhaimian’s absence… even when he was admitted in the hospital.”

Ms Zahid, a designer, shared an intimate bond with Mr Jaffery, who, in fact, used her email address for his online correspondence with scholars and students spread across the world. He also spent a large part of the day in her part of the house, especially in the room from where she runs her designing company.

Ms Zahid walks over to the room behind her office space. “This is Bhaimian’s desk… these are his files and here is his computer… wait, let me show you…” She logs on the computer. “Bhaimian would save all his files on the desktop.” The screen shows folders with names such as ‘CorrespondenceaboutSaib’ and ‘Urdu-works’. A specialist on the 17th century Persian poet Saib-e-Tabrizi, Mr Jaffery had also translated the letters of poet Muhammad Iqbal from Urdu to Persian. He had also co-edited and annotated the Persian translation of the Hindu epic Ramayan. Two of Mr Jaffery’s books—on Persian literature in India, and on Tabrizi—were published in Iran. Four others were published by the Iran Culture House in New Delhi.

“It was my job to make prints of all the emails Bhaimian received,” says Ms Zahid. “He used to preserve each correspondence as a hard copy…. and see the bed over there… that’s the place where he always slept during the winter afternoons.”

Ms Zahid escorts me to Mr Jaffery’s study, the place where he received visitors. “It’s very difficult to come here,” she says, adding, “I’m entering this room for the first time after his…”

Mr Jaffery’s chair and table is not to be seen. The steel shelf with it hefty Persian-English dictionaries, however, is still stationed beside the glass windows–the bottom shelf has micro films of rare, old Persian books. The framed citation for the Farabi International Award, a literary prize given to Mr Jaffery by the Iranian government for Islamic and Iranian studies, is on the mantelpiece.

His shaving brush and bowl is placed in an alcove above (see photo 18 below).

“Bhaimian was very restless in the hospital and frequently asked for his books. He wanted to continue to write. He would write notes to us on blank sheets. One day he wrote, “Take me out of this hospital. Pay them their money. I have to work.””

Mr Jaffery spent his last 22 days in the hospital.

Ms Zahid quietly flips through a thick file containing letters written to Mr Jaffrey–one is from the University of Minnesota, dated 1985.

Ms Zahid opens a white refrigerator. “Bhaimian always kept his pens in the fridge… look, they are still there…. he would always tell me that these pens are his tools. Every time his dear friend Ebba Koch came to visit him from Austria, he would ask her to bring him a new pen.”

Ms Koch, an art and architectural historian in the University of Vienna, had studied Persian under Mr Jaffery’s tutelage.

Ms Zahid walks up the stairs to another room. It has four steel almirahs filled with Mr Jaffery’s books. “Bhaijaan recently gave away a large part of his collection to Zakir Husain College and Iran Culture House.”

Finally, she walks down to her private apartment in the large house, opens a cupboard in the drawing room, and takes out Mr Jaffery’s medical reports. “This is what we are left with,” she says. Suddenly, a white sheet slips out. It has Mr Jaffery’s hospital-time scrawls. The top line reads: “Is Manizeh here.”

That’s his woman friend from Iran.

The remains of a library 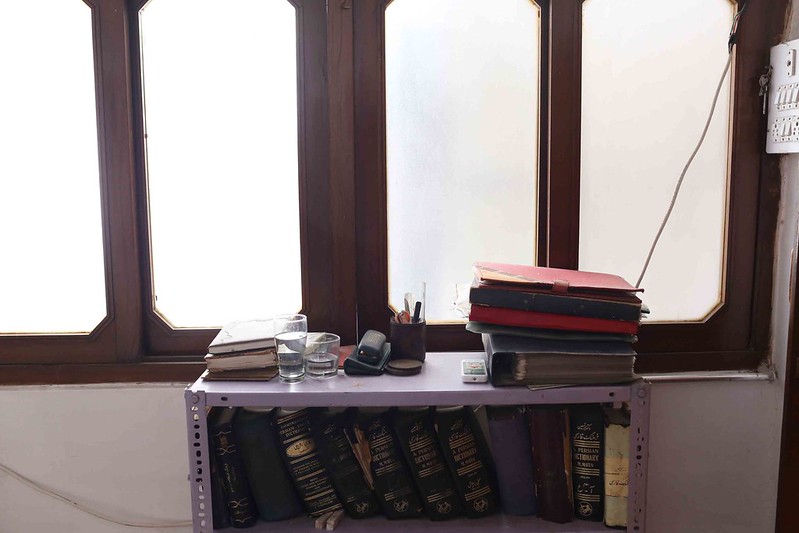 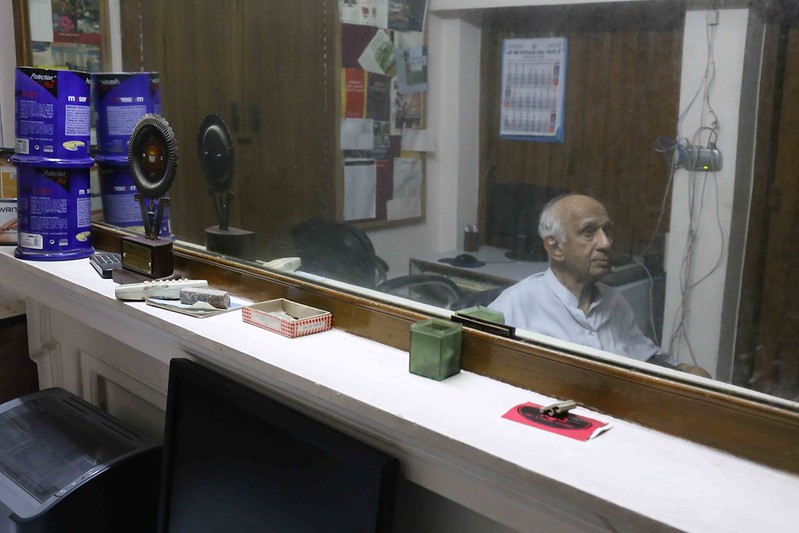 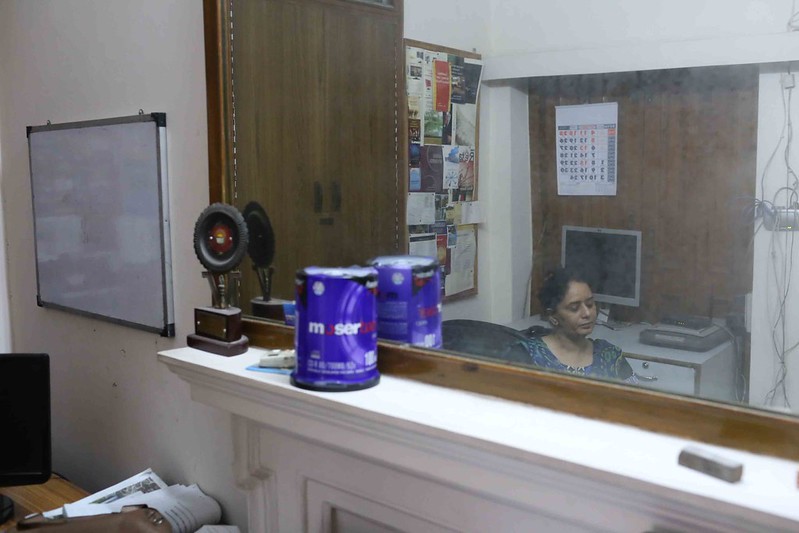 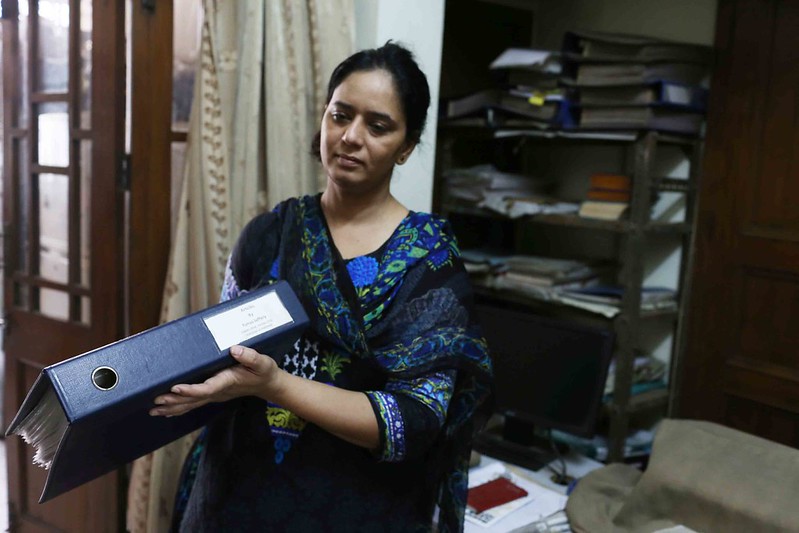 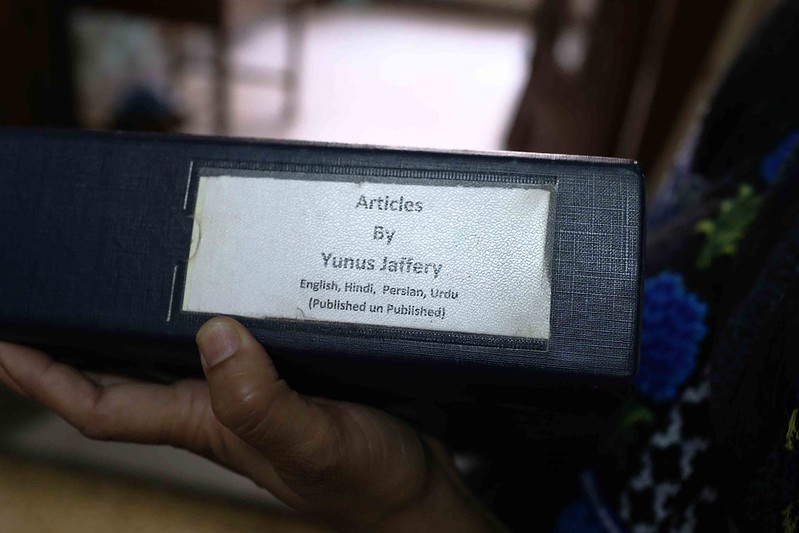 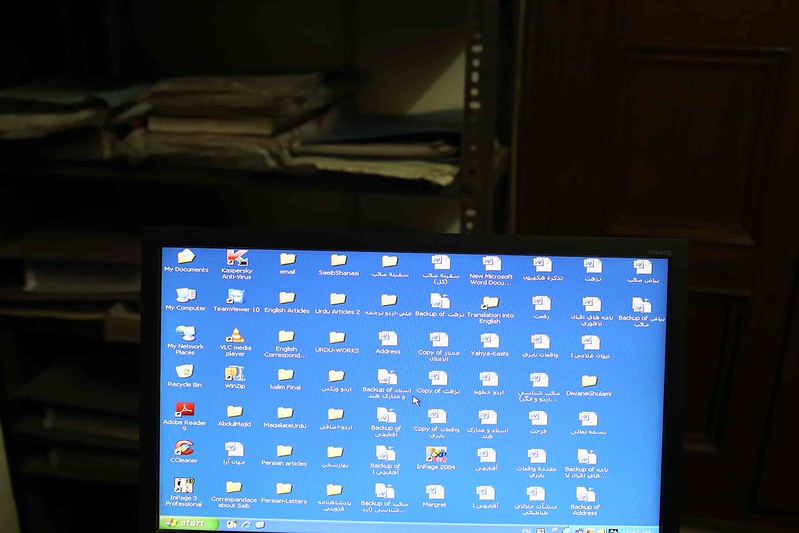 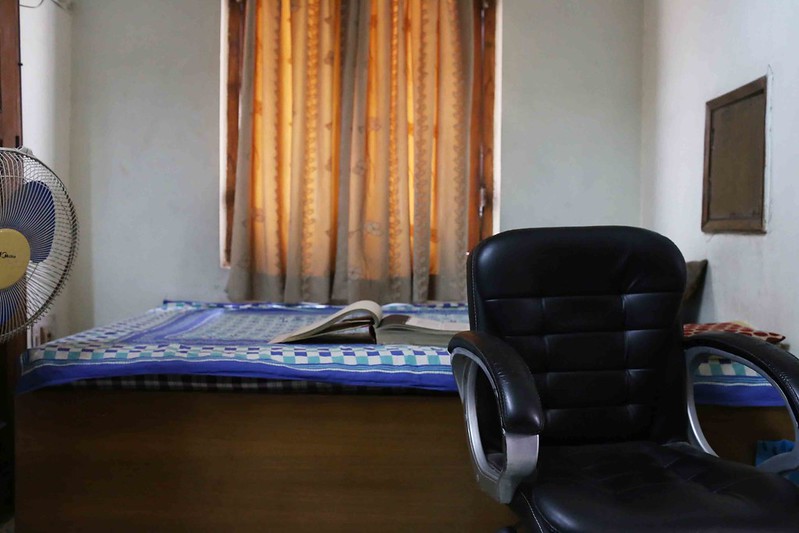 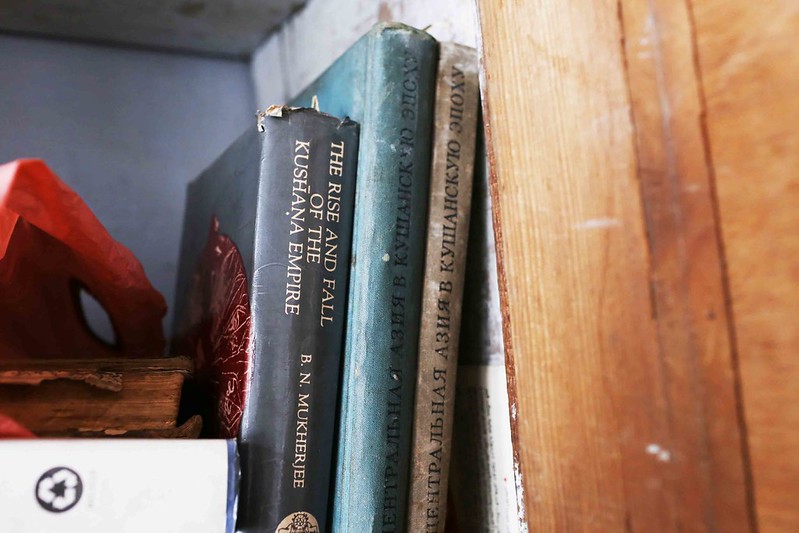 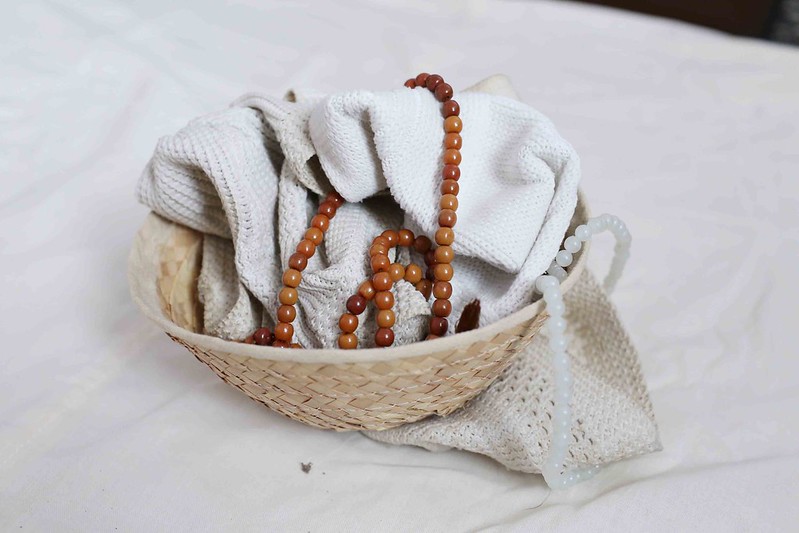 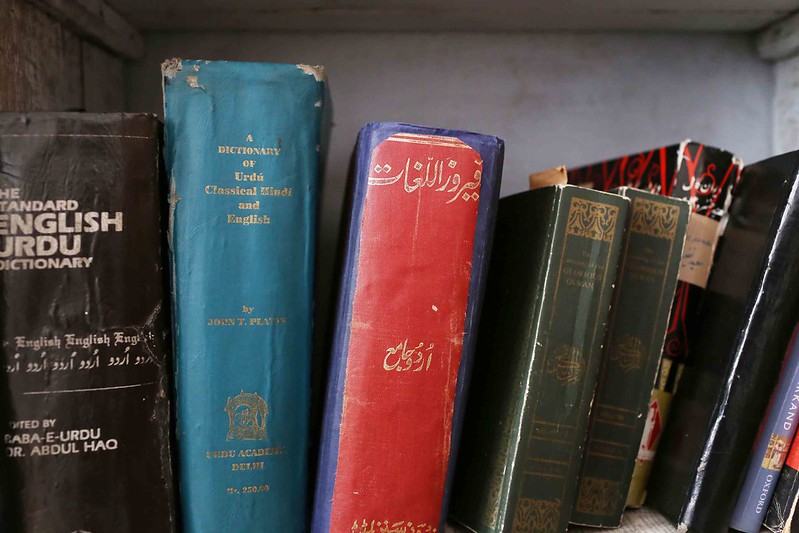 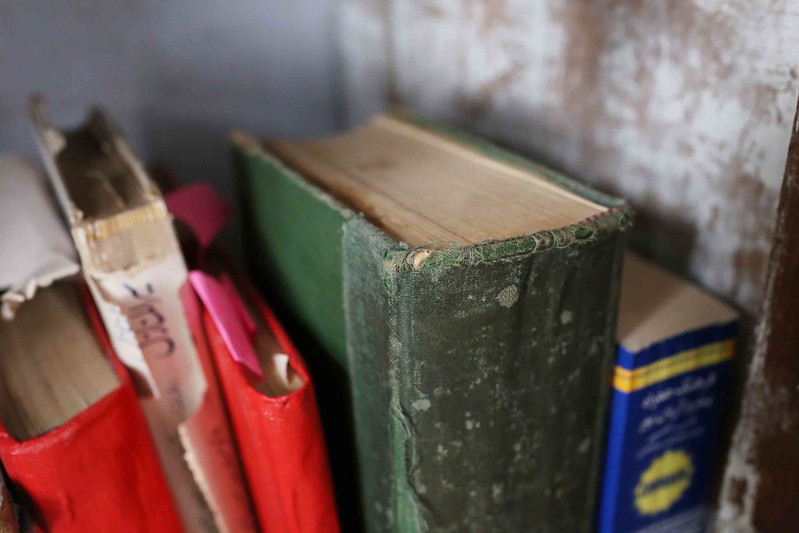 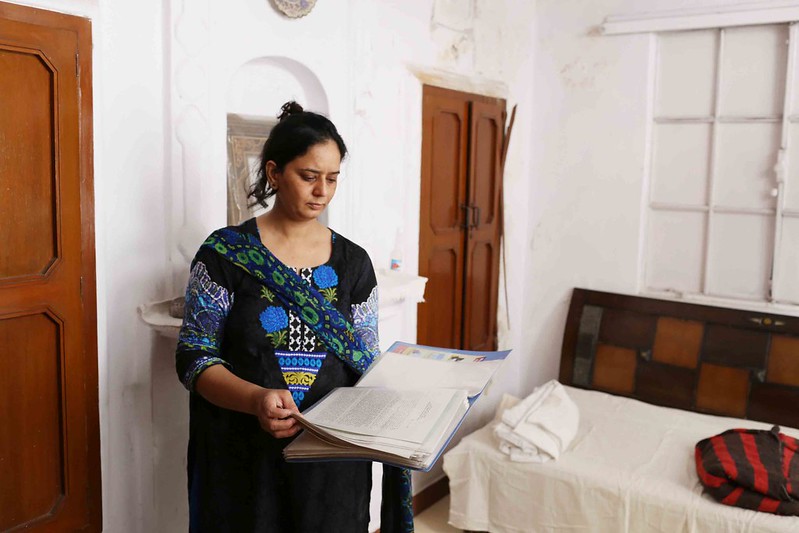 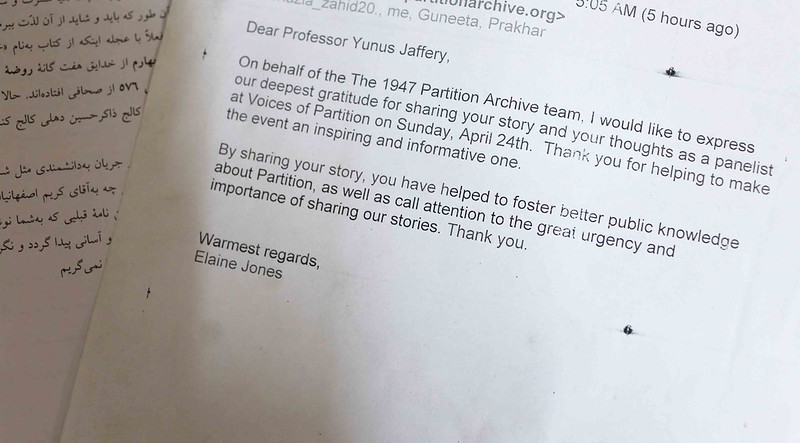 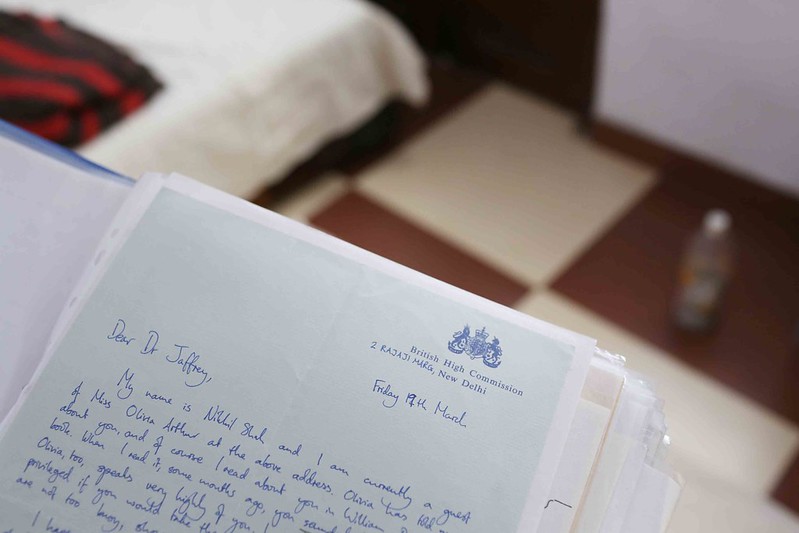 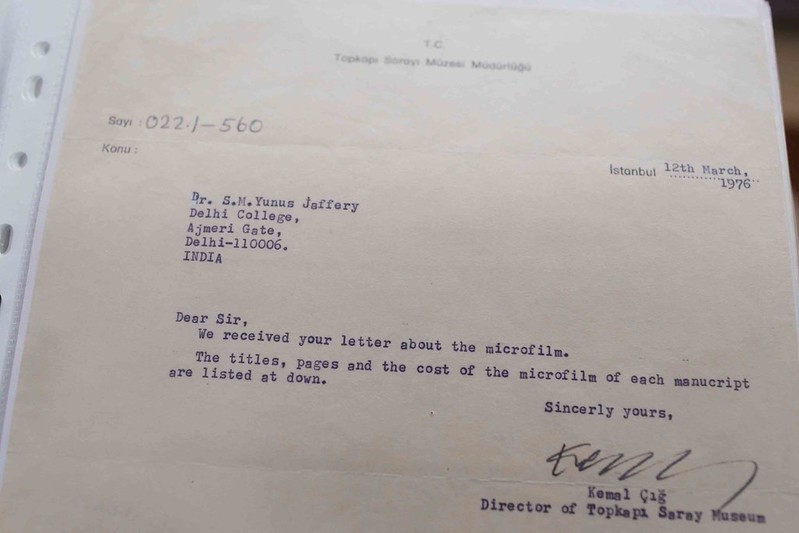 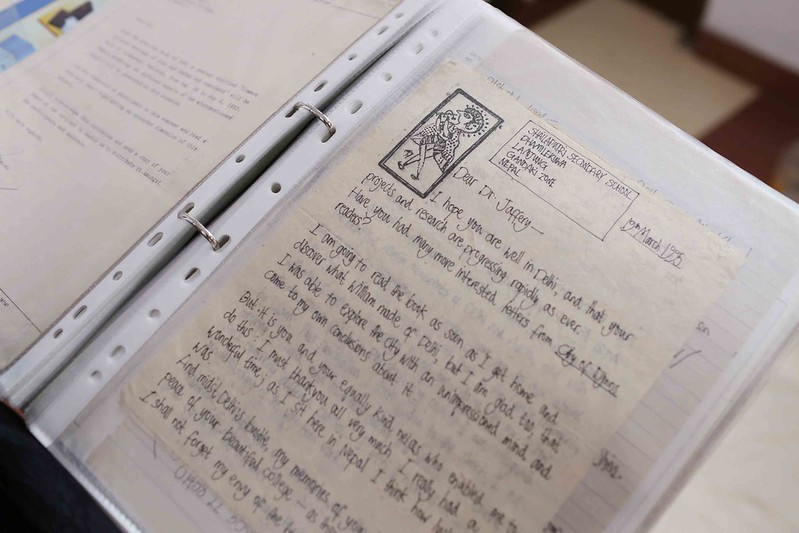 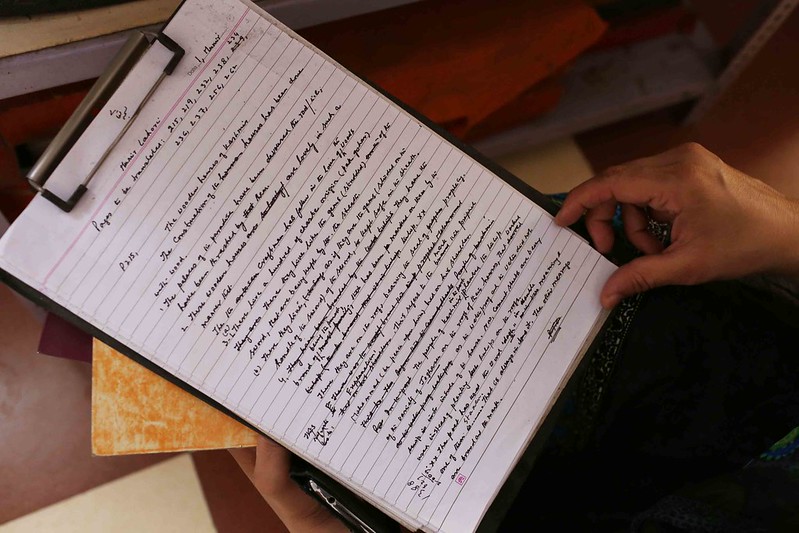 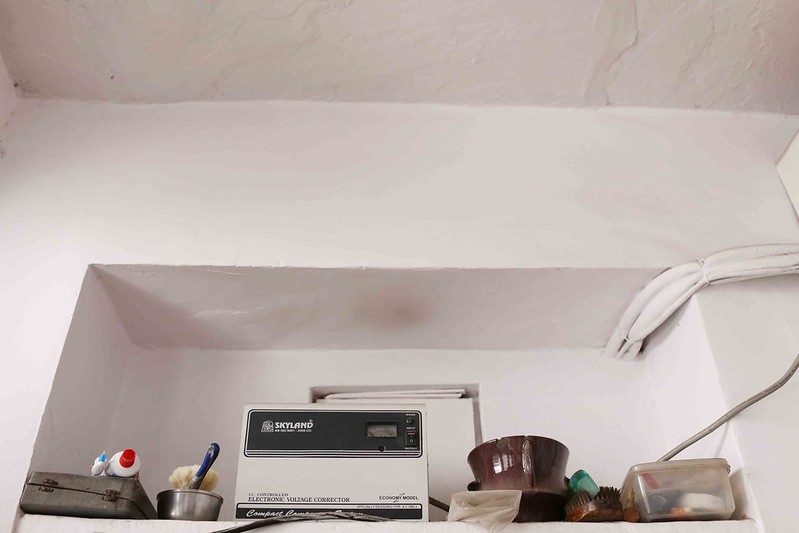 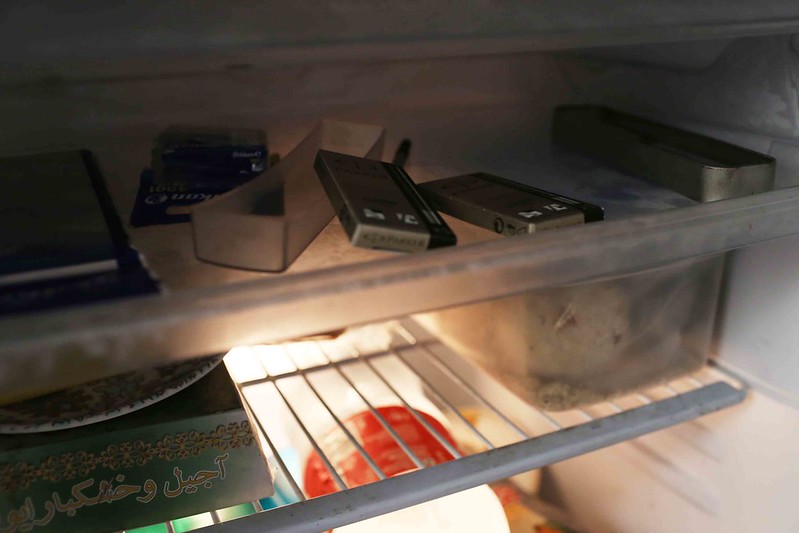 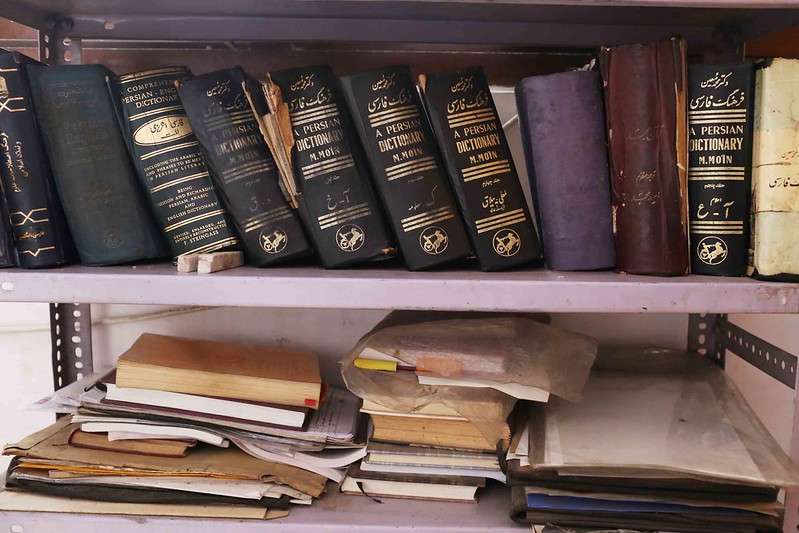 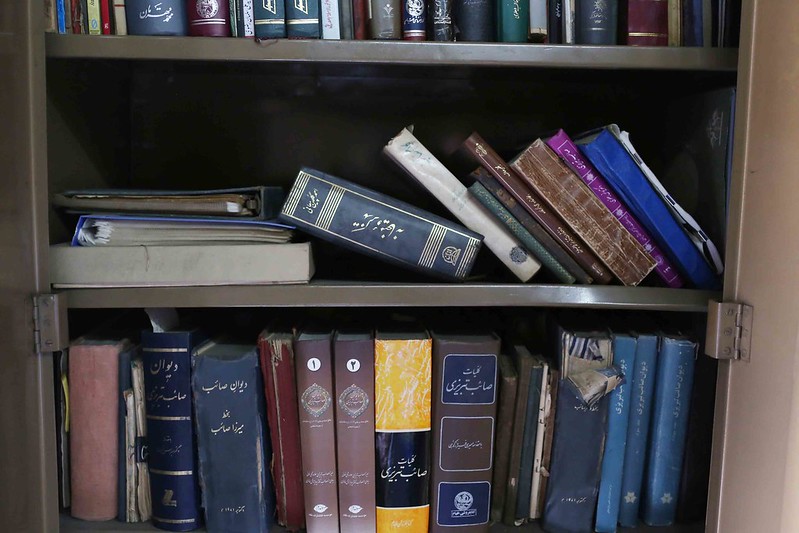 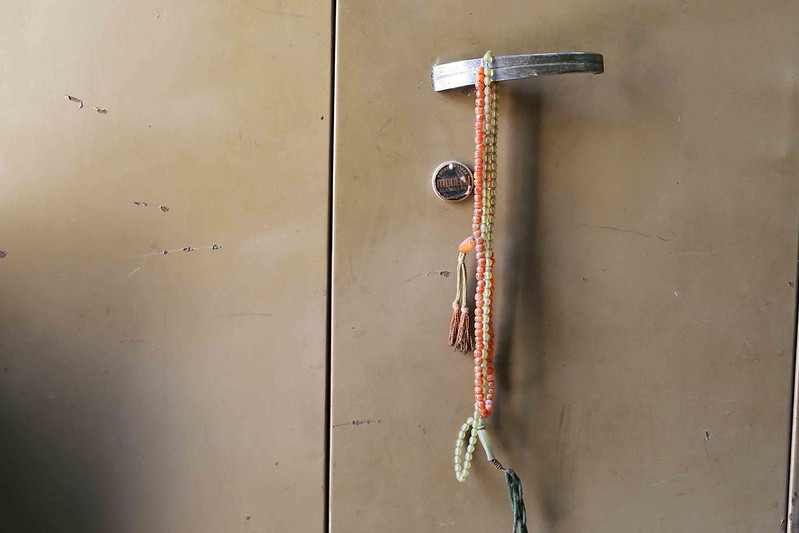 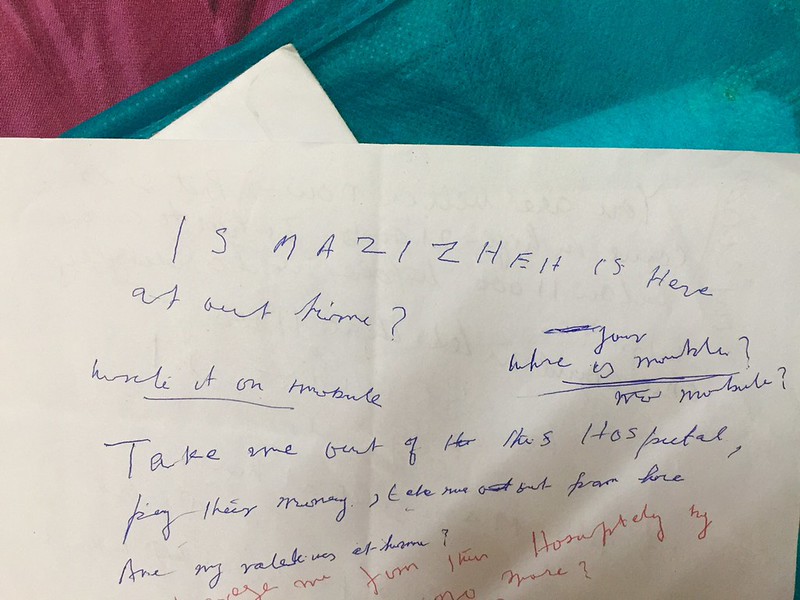