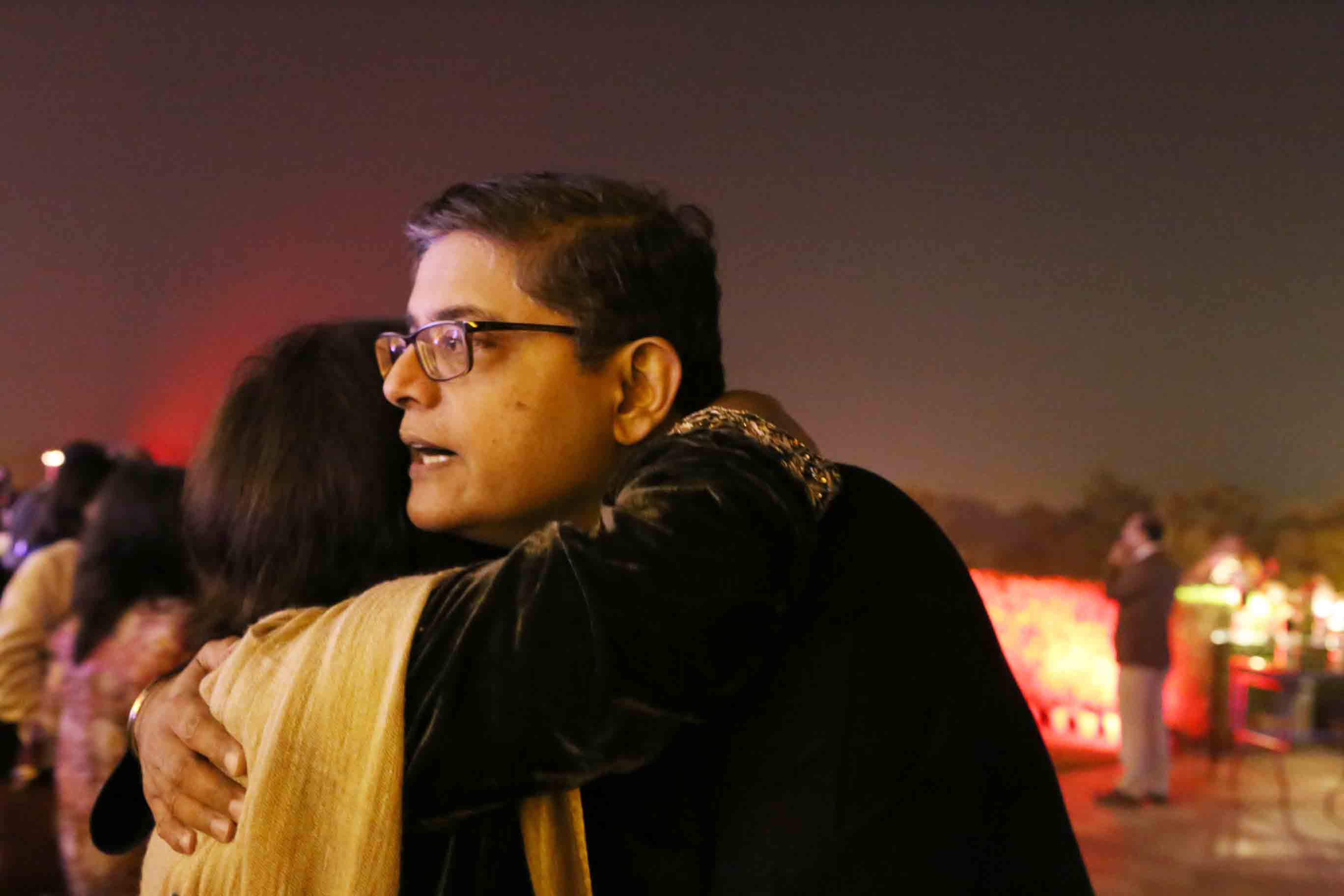 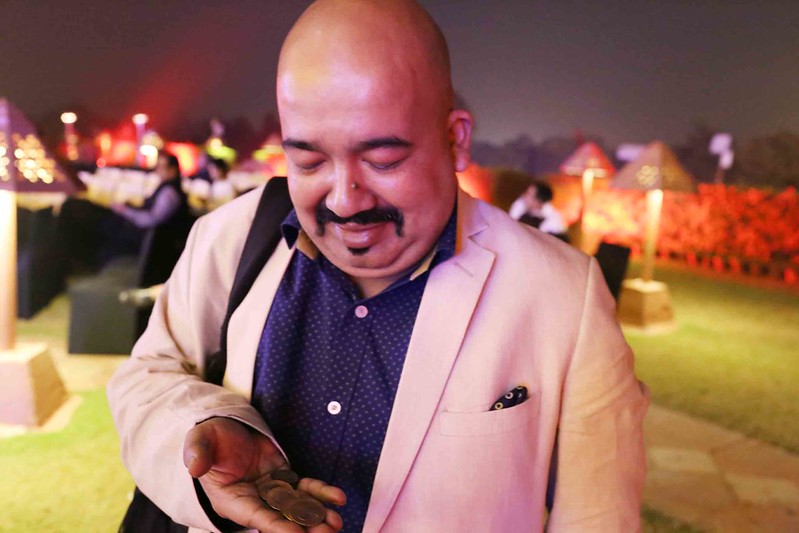 The great historian who, in his usual modest fashion, brought ignominious Delhi to the notice of the wider world showed up shockingly late at the launch of Things to Leave Behind, and failed to mention the happy occasion on his very, very active Twitter, Facebook and Instagram accounts. Many were taken aback, and rightly so. After all, this novel is authored by his accomplice Namita Gokhale. The two of them are the very powerful co-directors of the authoritative Jaipur literature Festival. And, as everyone knows, Namita Gokhale and William Dalrymple also happen to be very, very close friends (chuckles).

This was a pleasantly polluted evening in the terrace garden of Taj Mahal Hotel, and The Delhi Walla was watching the capital’s prominent people sashaying around with their visiting cards (see D. R. Karthikeyan, formerly of Central Bureau of Investigation, in photos 11 and 12 below).

We may start with a lovely woman, who is not only Namita Gokhale’s daughter but her publisher as well. Meru Gokhale, from Penguin Random House India, possesses all the trappings of an anti-establishment spirit. As long as a black man was running the world from the White House, she would always appear in white. And now, as a white man is getting ready to take over the reins, she has emerged in a killer black dress.

However, and thankfully, Meru Gokhale does not have completely abandoned her soft corner for white. You can see that in her beautiful pearl necklace as well as in her husband—the good-looking and gentleman-like author Patrick French, who has a set of very good white teeth. As everyone knows and we are relieved to confirm, he happens to be very, very close friends with William Dalrymple (chuckles).

We shall now concentrate on other principal figures in the garden.

As the author of the universally admired Get to the Top: The Ten Rules for Social Success, Suhel Seth, the definitive society man, was appropriately engaged with his mobile phone. Author Neelima Dalmia Adhar, who fancies herself as an “agent provocateur” (her words), was wistfully glancing towards the entrance—it is said that her heart beats for Rt Hon Shashi Tharoor MP. A leading handsome intellectual, frequently heard railing against British colonialism in a flawless British accent, Mr Tharoor eloquently bored the English-speaking glitterati with the Empire stuff. (His mother, Lily, by the way, is quite striking—see photo 6).

Other notables spotted: former diplomat TCA Raghavan, our former High commissioner to Pakistan; Vinod Dua, the last word on TV news dignity; the steely Madhu Trehan who, alas, was not wearing one of her beautiful saris; and the inimitable Tara Gandhi whose archetypical pained expressions of sacrifice paired with her white virginal saris never make us forget that she is the grand-daughter of a great man who sacrificed his sex life for the nation.

Even so, all things considered, the biggest celebrity of the evening was the man who recently surfaced in the newspapers for receiving 20,000 rupees in 10 rupee coins from a Delhi bank. In these murky times of national cash crunch, being notoriously known for having small change is what will get you on a roll, and Imtiaz Alam was seen willingly posing with some of his famous 10 rupee coins throughout the evening (see top photo).

It so happens that William Dalrymple will soon be launching a yet another book on the Orient (this time on Kohinoor diamond). We are now waiting with bated breath to confirm if Namita Gokhale will be attending the event, so that we can further conjecture about the very, very intimate bonds between the two directors of the Jaipur Literature Festival. Please stay tuned.

We are all friends here

1. (Meru Gokhale in the age of Donald Trump) 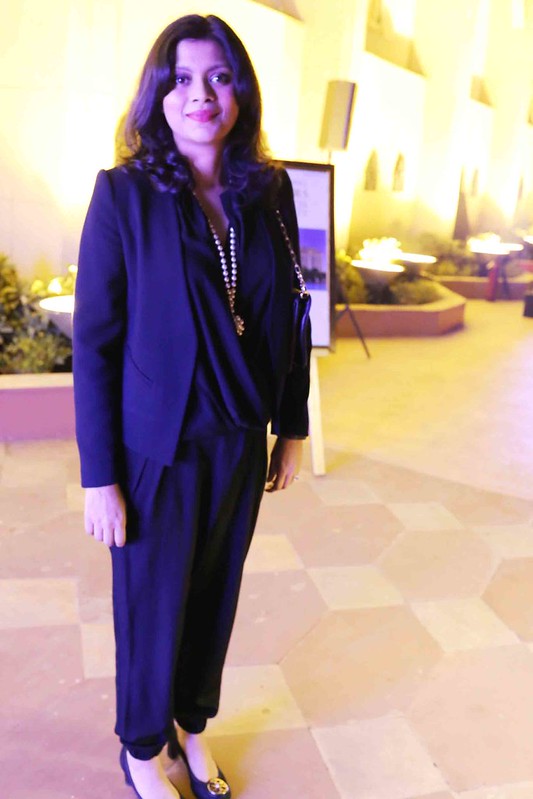 2. (Meru Gokhale in the age of Barack Obama) 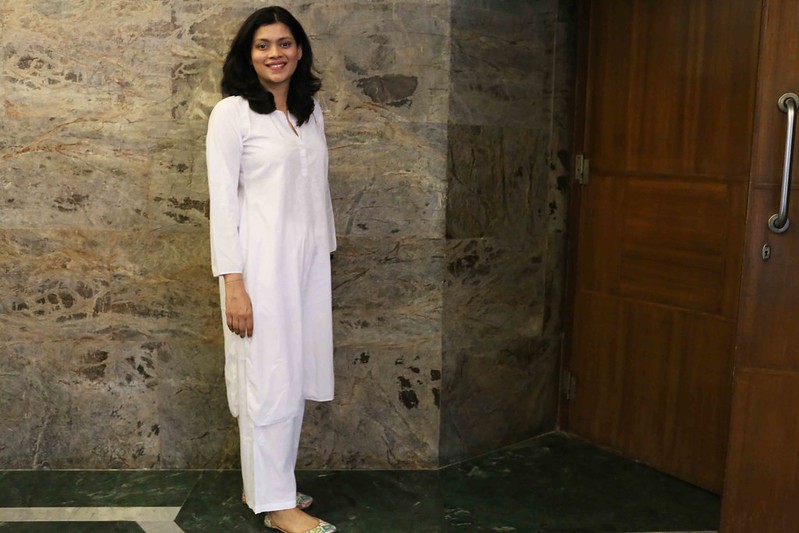 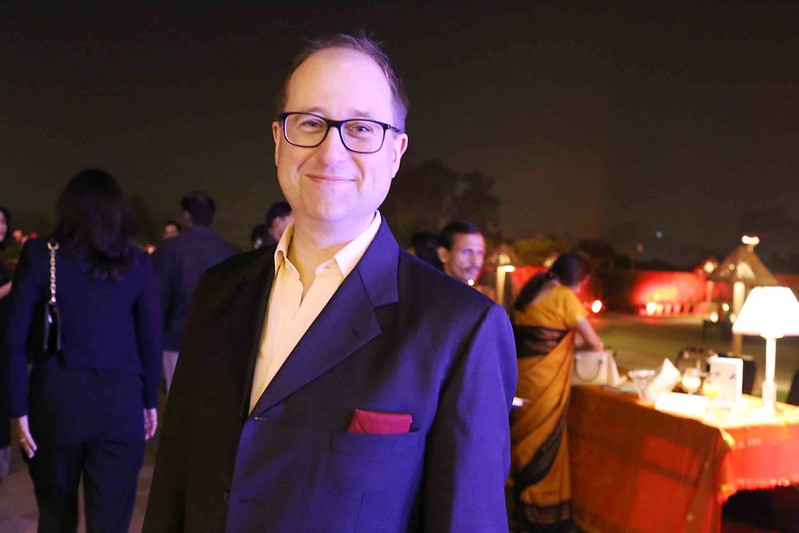 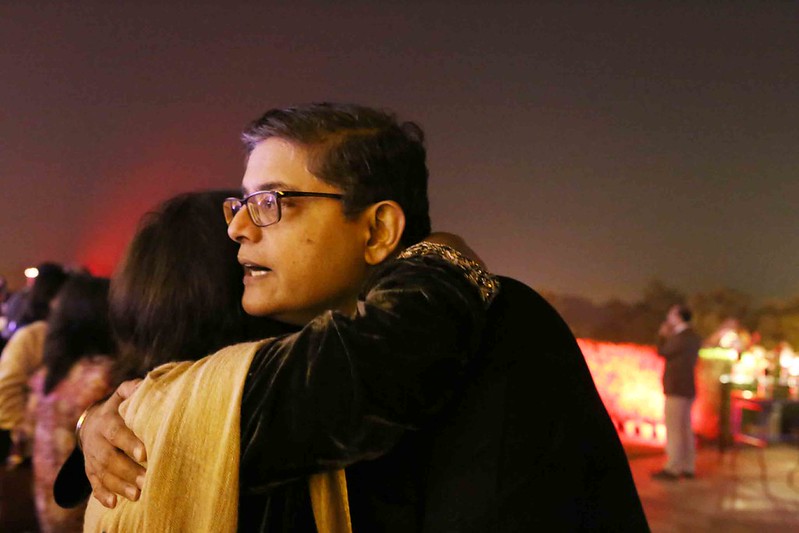 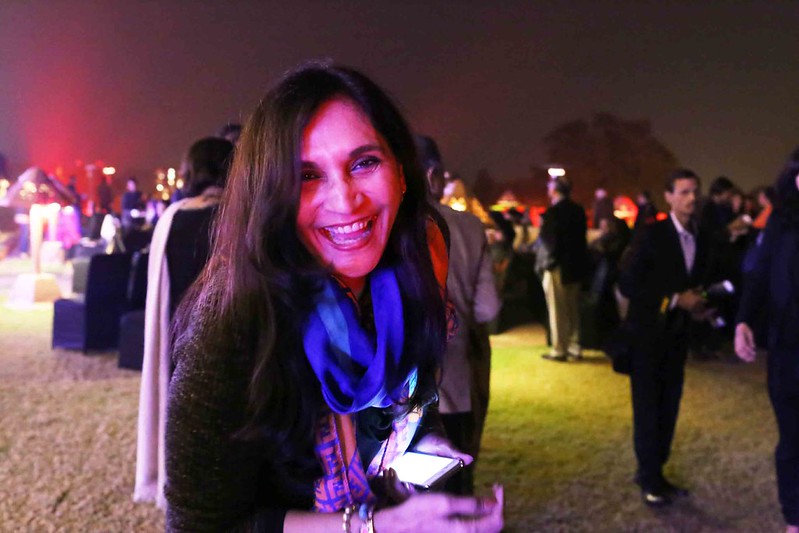 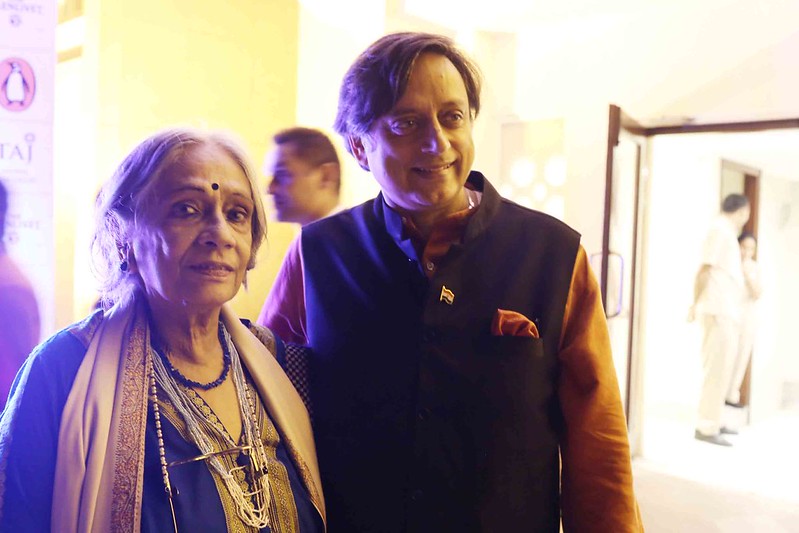 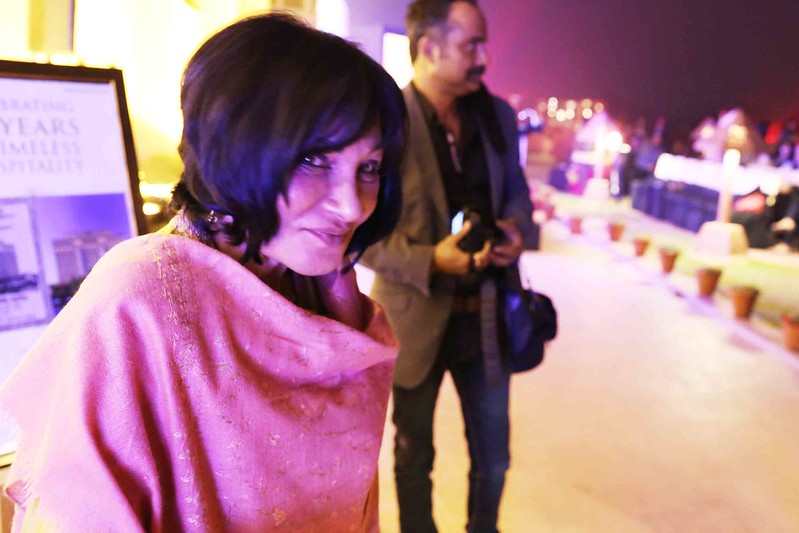 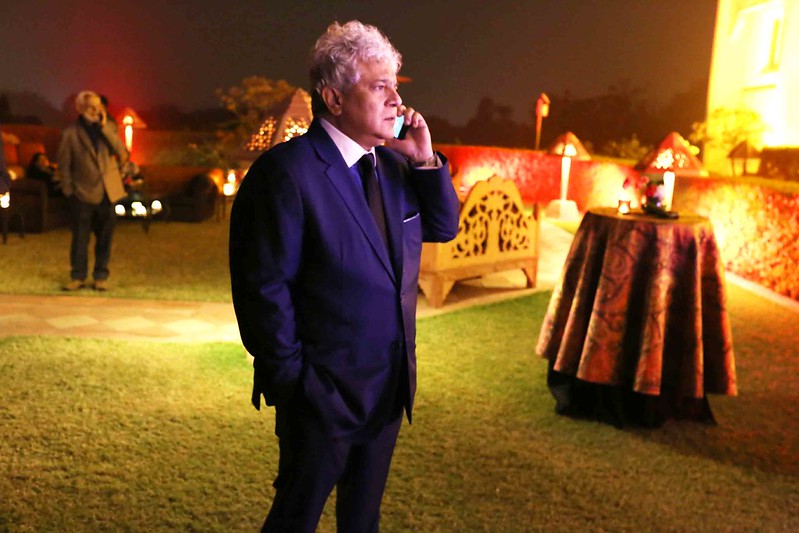 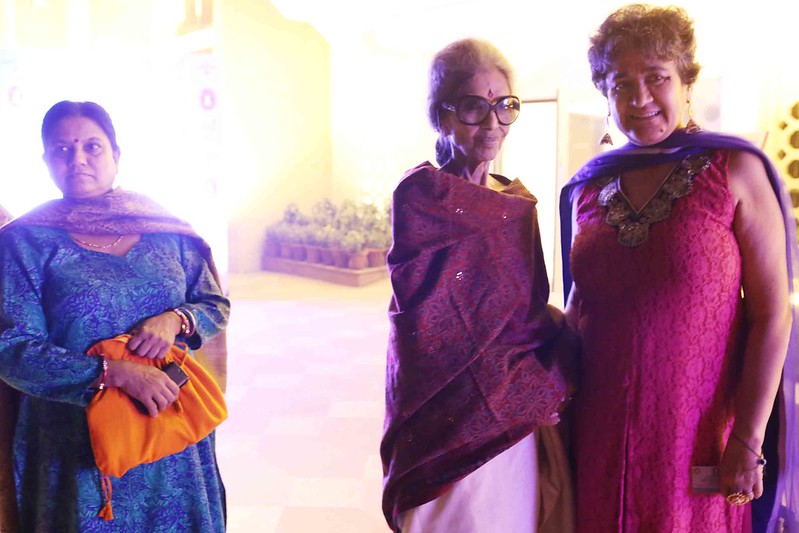 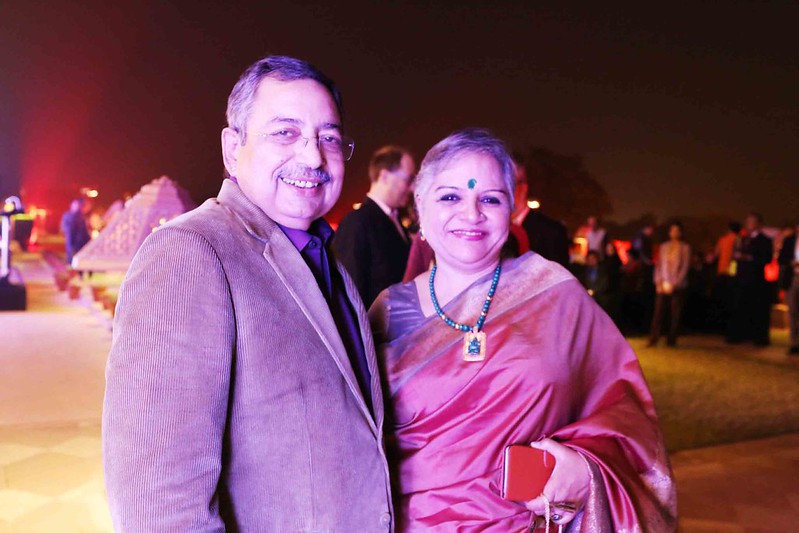 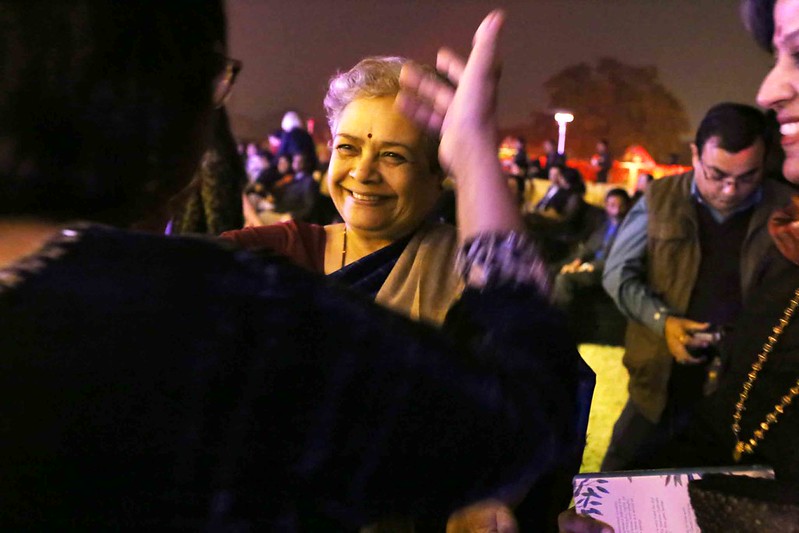 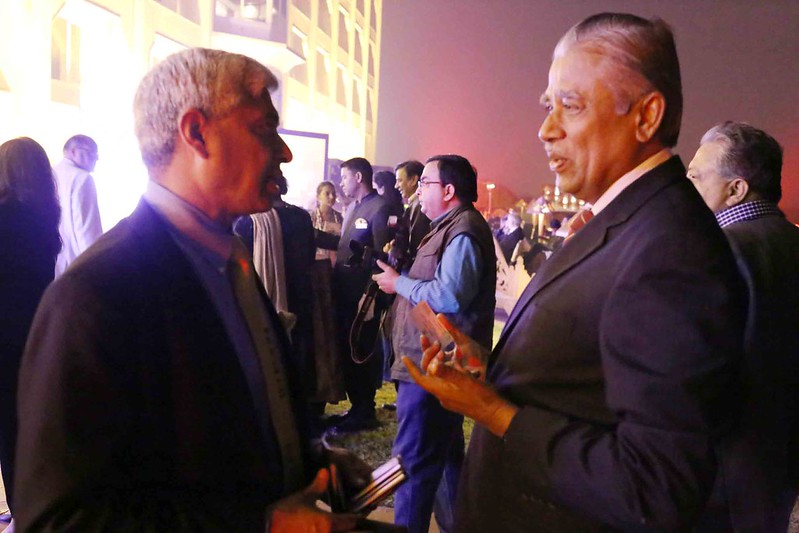 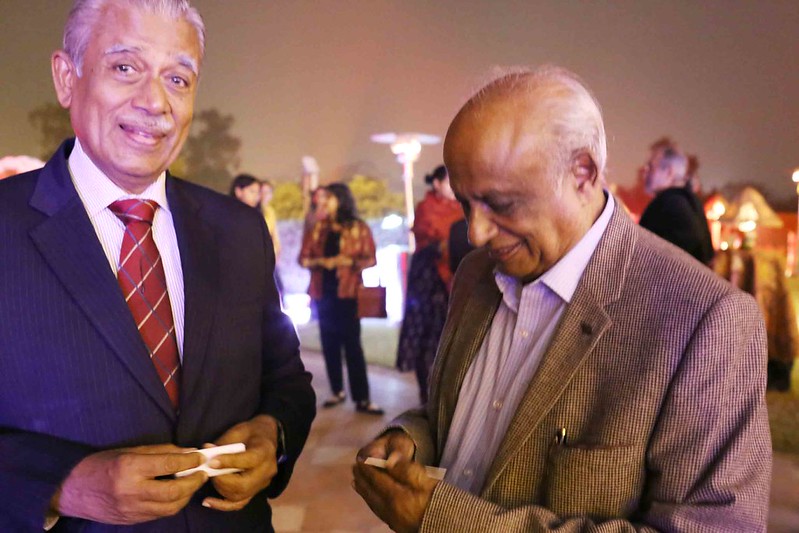 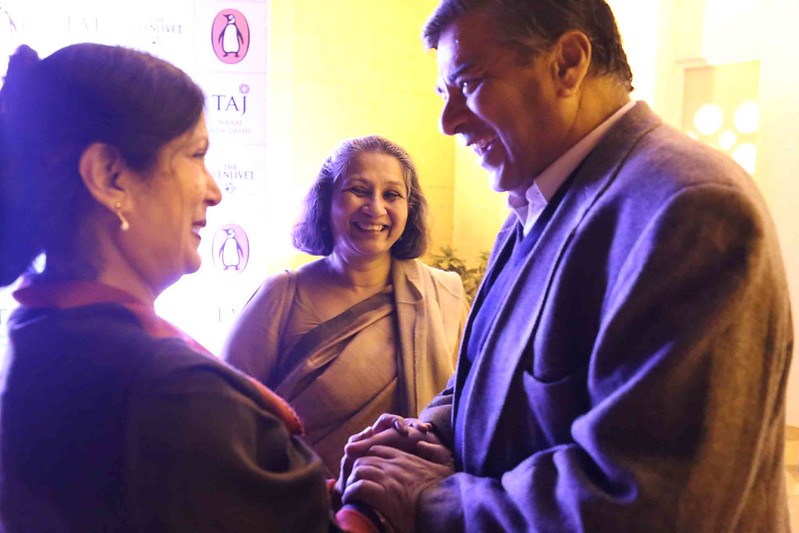 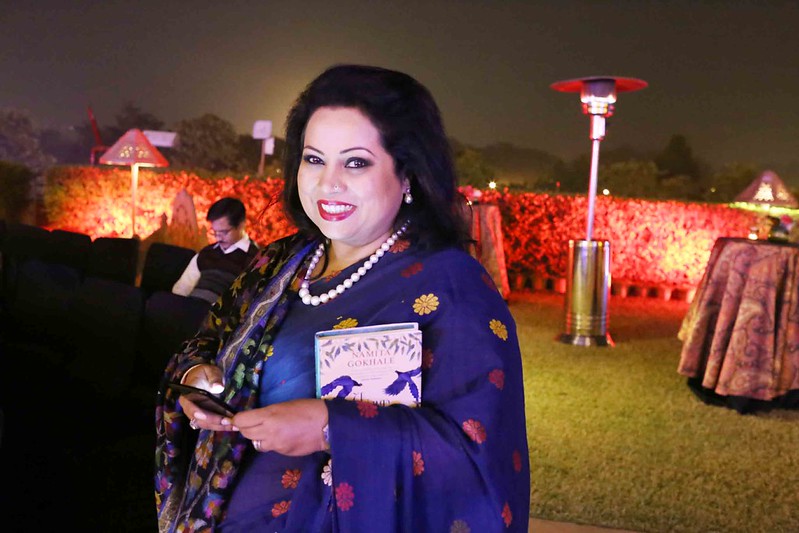 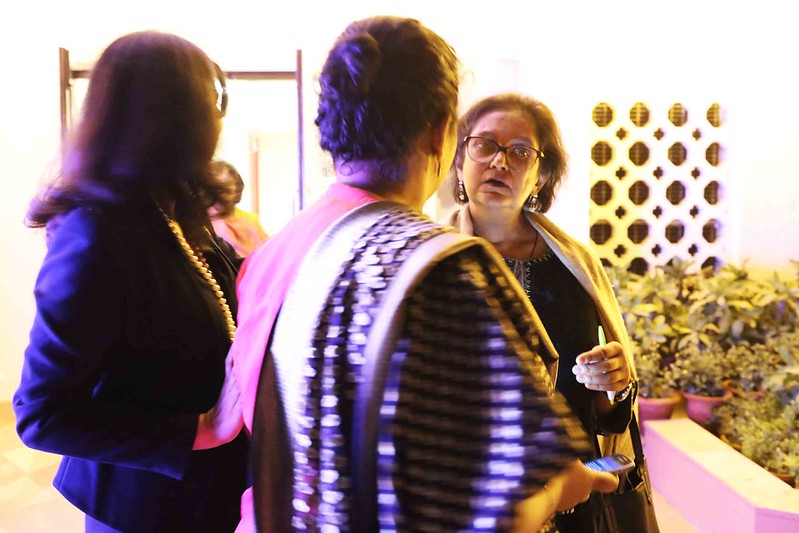