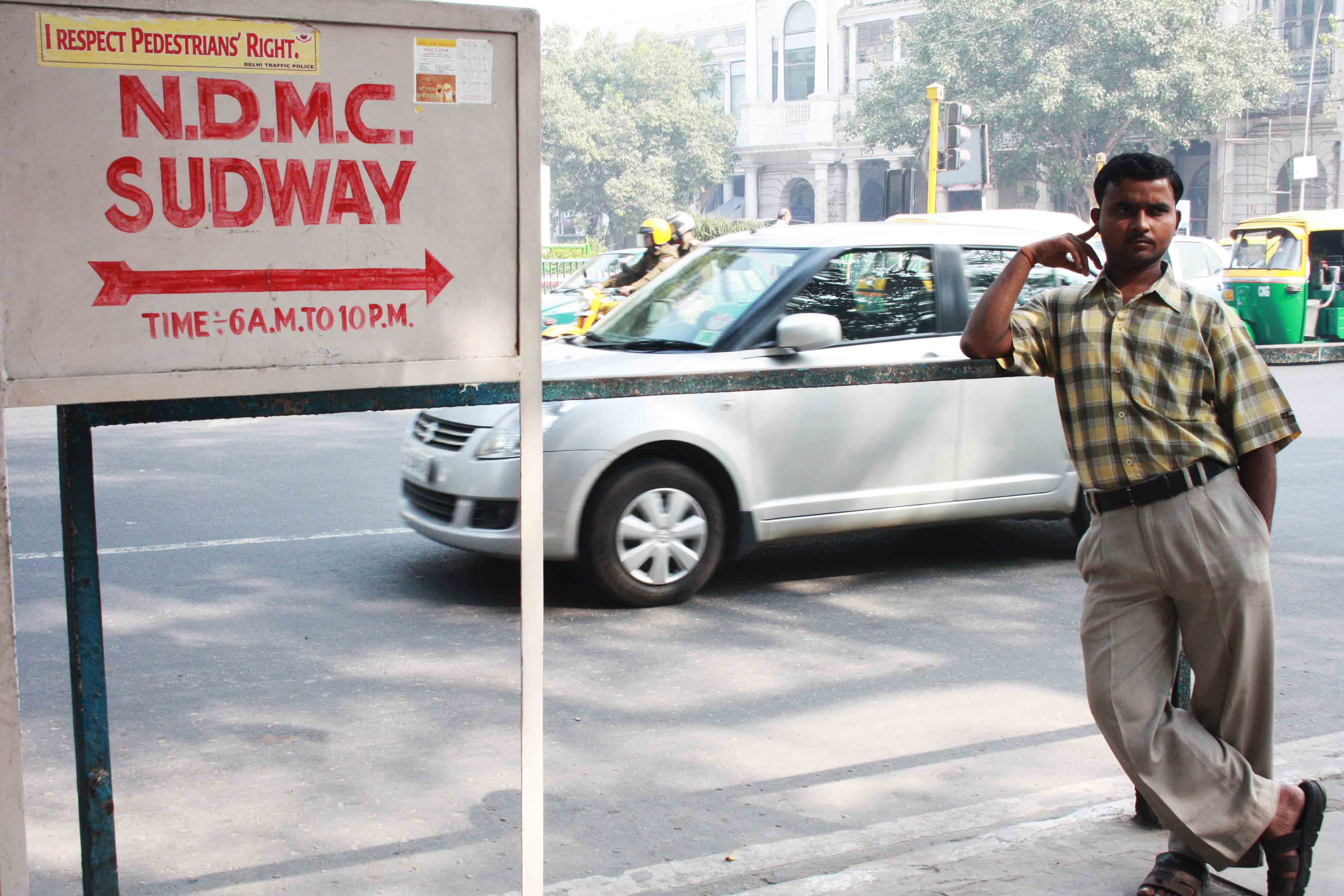 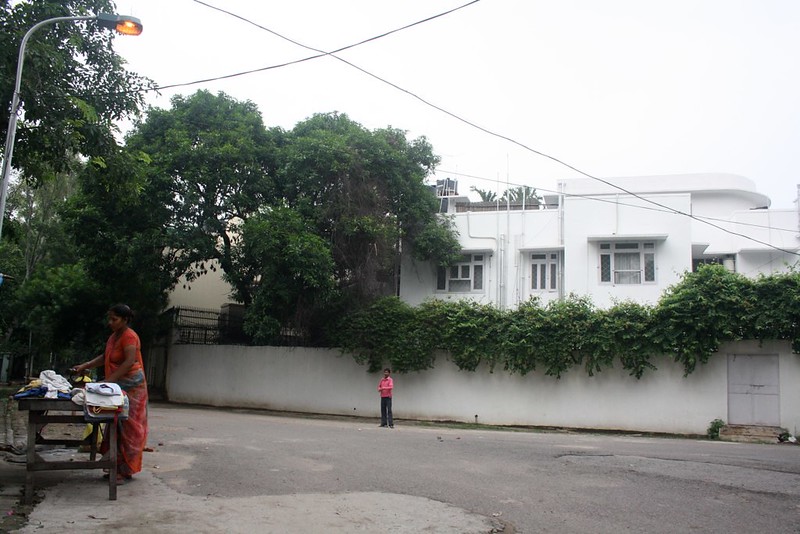 This is no place for the aam aadmi, or common man.

A sign near the Supreme Court declares the limits of the New Delhi Municipal Council (NDMC) zone, which has some of the most expensive real estate in Asia, like Khan Market and Amrita Shergil Marg. Some of the most important people in the country, including the President, Prime Minister, Cabinet ministers, senior bureaucrats and ambassadors of powerful nations, reside in the NDMC zone. If the common man is here, it is generally on work. Soon he must exit, casting a glance at the signboard: “NDMC Limit Ends”.

What exactly is the NDMC state of mind?

“It was so luxurious to say that I lived in the NDMC,” says an American diplomat who lived in the Mandi House area during a New Delhi posting. The diplomat, who did not want to be named, says, “People would always look at me like, ‘Does anyone actually live there?’ Wide streets, green trees, it was the best of Delhi. Whenever I crossed from the barbarian lands of the MCD (the erstwhile municipal corporation of Delhi) into NDMC, I breathed a sigh of relief.”

The diplomat is referring to the areas under the other municipal bodies—96% of this smoggy metropolis. In fact, the National Capital Territory of Delhi comprises five local bodies: the Cantonment Board, the NDMC, and the three bodies that have replaced the MCD—the South Delhi, North Delhi and East Delhi municipal corporations.

“Frankly, I can’t tell the difference (between areas under the MCD and NDMC),” says Congress MP and former Union minister Shashi Tharoor, who lives in a garden bungalow just across the NDMC boundary. He adds: “It’s absurd that a major city, which cries out for integrated management of its many vital challenges, should be run by different municipal authorities. I am all for abolishing these distinctions and having one municipality, one transport system, one sanitation system and one mayor to attend to all these in a holistic way.”

Every time Mr Tharoor notices a sign saying, “You are now leaving NDMC (area)”, he says he feels “a sense of bemusement”.

Many of those living outside the NDMC area probably look at this sign with envy. The NDMC depicts itself gloriously on its website as “the territory that has been described as Lutyens’ Delhi and which has historically come to be regarded as the seat of central authority in the Union of India”. The website also contains possibly the most persuasive call ever made to keep the flag of VIP culture flying high. It says, “Efficient function of the municipal services in this area is critical for the internal image of the country and is a factor which has an important bearing on the functioning of the Government apparatus itself.”

The NDMC’s origins go back to the days of our colonizers. It began as the Imperial Delhi Committee, shortly after the British moved the seat of power from Calcutta to Delhi. Its name was changed to New Delhi Municipal Committee in 1927.

“The NDMC is just one of the blizzards of acronyms with which newcomers to Delhi are confronted, and at some point I asked someone what it stood for,” says London-based writer James Baer, who previously lived in an area that comes under the South Delhi municipal corporation. “I found it a bit curious that there was a separate governing body for the central part of Delhi but, in fact, London has a City of London Corporation for the square mile of the oldest part of the city, so it’s not so different.”

One afternoon, a young woman was walking her cocker spaniels on a tree-lined pavement in the NDMC zone. Waving towards the adjacent DDA (Delhi Development Authority) Officers Colony on Bhagwan Das Road, she said, “My father’s house.” Identifying herself only by her first name, Divya said: “We moved here last year from Noida. This part of the city is more organized. It’s a privilege to live here.”

Parts of the NDMC also host a kind of populace that does not comprise politicians and bureaucrats. A stroll through the wide avenues takes you past the homeless, the minders of cheap food kiosks, even slum-dwellers.

“Many NDMC areas, while they depend on the services of the poor, have managed to keep them out of bounds,” says Sanjay Srivastava, a professor of sociology at Jawaharlal Nehru University. “It is the NDMC areas that pioneered the notion of gating, where public thoroughfares were blocked by resident welfare associations. The gated communities of the neighbouring city of Gurgaon seek to produce the sense of exclusivity that is seen to be the hallmark of the NDMC areas.”

Author of Entangled Urbanism: Slum, Gated Community And Shopping Mall In Delhi And Gurgaon, Mr Srivastava finds parallels between the NDMC and DLF, the real estate firm that pioneered the development of big residential projects in Gurgaon. “Many parts covered by the NDMC were also built to be exclusive zones and this aspect has spilled on to the manner in which DLF City and other such new urban spaces are being constructed,” he says. And adds: “The ideas evoked by acronyms NDMC and DLF are similar in many ways. DLF is occupied by those who have acquired wealth after economic liberalization, whereas the NDMC is a combination of bureaucratic and political elite and older wealth.”

Sometimes two NDMC neighbourhoods, though physically close to each other, may give the impression of being on two different planets.

Take BK Dutt Colony. It’s just across the road from posh Jor Bagh. “The difference between the two is marked,” says London-based food blogger Victoria Burrows, who used to live in the former. “BK Dutt is a little pocket of ramshackle liveliness. There’s almost constant noise from the gurdwara, the Karbala grounds and the Hindu temples, and there are a lot of residents packed into a small place. The roads are much narrower, the park is ungroomed compared to the flower beds lining the Jor Bagh roads, just minutes’ walk away.”

Like many NDMC areas, Jor Bagh, with its walled and gated mansions, where you may never see a soul, is divided into long-standing residents (those with family links to the area who are not necessarily hugely wealthy but are sitting on a fortune in terms of real estate) and the nouveau riche.

Former Jor Bagh resident Marina Bang (she now lives in a village near Oxford, England) says that although she loved the greenery and amenities of Jor Bagh and its surroundings, BK Dutt Colony offered a greater sense of warmth, community and neighbourliness. “Some Jor Bagh residents assumed that the public parks opposite their homes were their own private fiefdoms,” she says. “Domestic workers’ children who wanted to play and labourers hoping to rest and eat their lunch on the lawns were discouraged or even forbidden from doing so. Residents would chain and padlock the park gates to stop ‘undesirables’ from getting in. And it was then that I would go out at night with my bolt-cutters.”

Mr Baer, however, never discriminated between the erstwhile MCD and NDMC areas. “I was lucky enough to live in privileged Defence Colony, so I can hardly claim that my lifestyle suffered from being beyond the NDMC boundaries,” he says, adding: “I just assumed that everyone in Lutyens’ Delhi suffered from power outages and faltering water supplies, like the rest of the city. Maybe the roads there were marginally cleaner, but the decaying and walled-off bungalows looked even more isolating than the south Delhi enclaves, where at least you could run into people as you walked up to the market.”

The experience of author Rakhshanda Jalil, who moved “from a non-NDMC area to an NDMC area”, is very different. “An invisible cordon sanitaire seems to divide the two worlds: clean/dirty, organized/disorganized, served/unserved are only some of the binaries. It is hard to believe the two worlds exist cheek by jowl,” she says.

Can this gap between NDMC and the rest of the world be bridged and we all get what have been described as privileges, but are, in fact, rights? 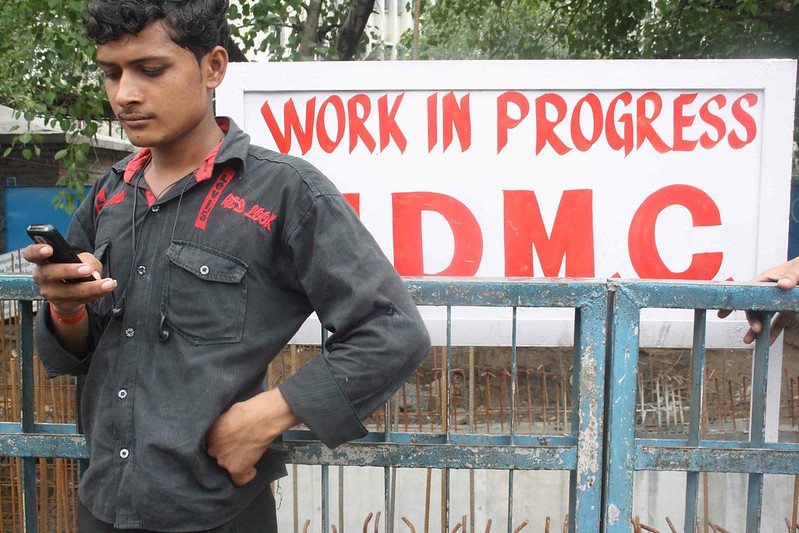 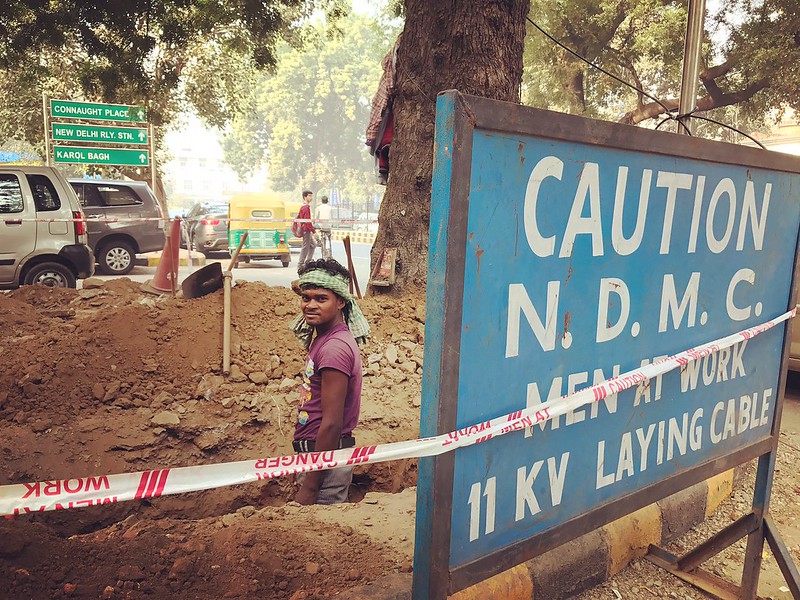 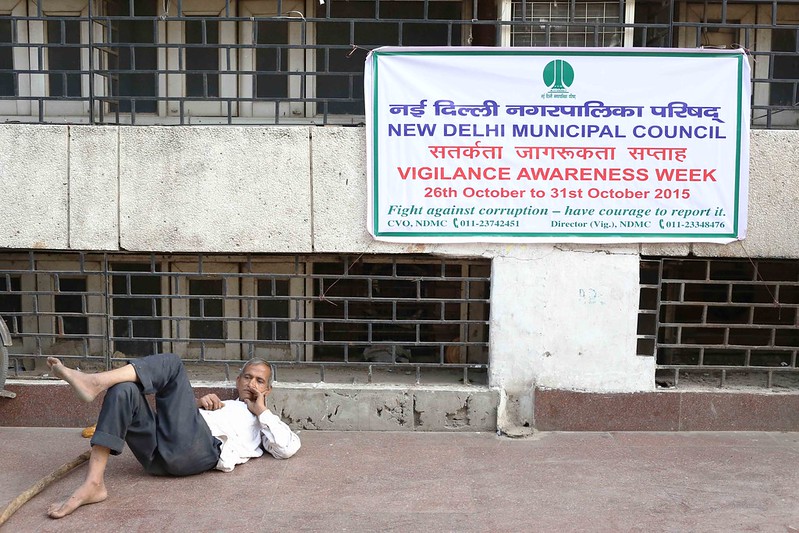 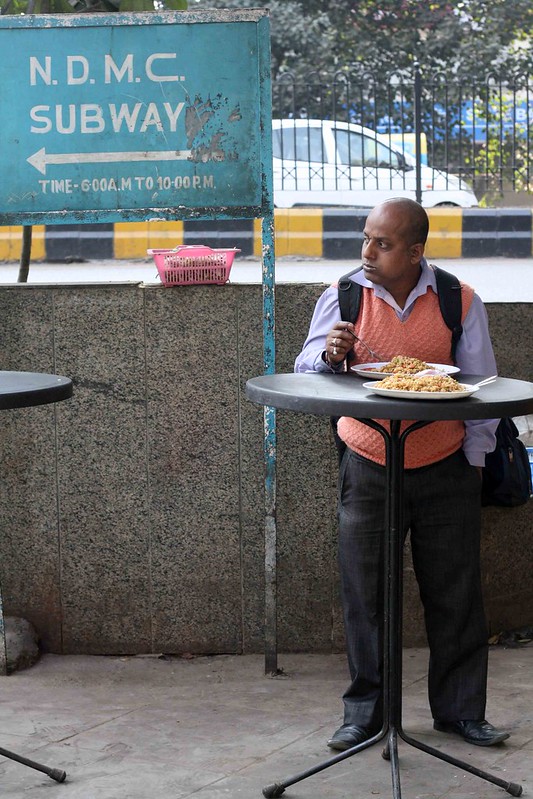 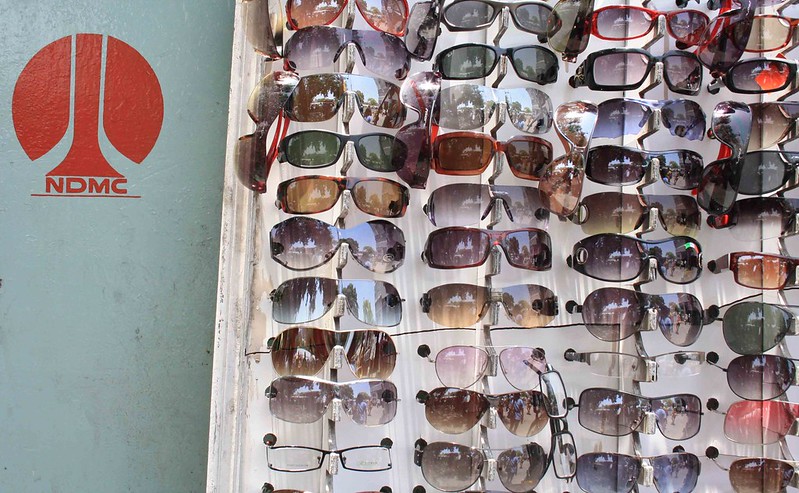 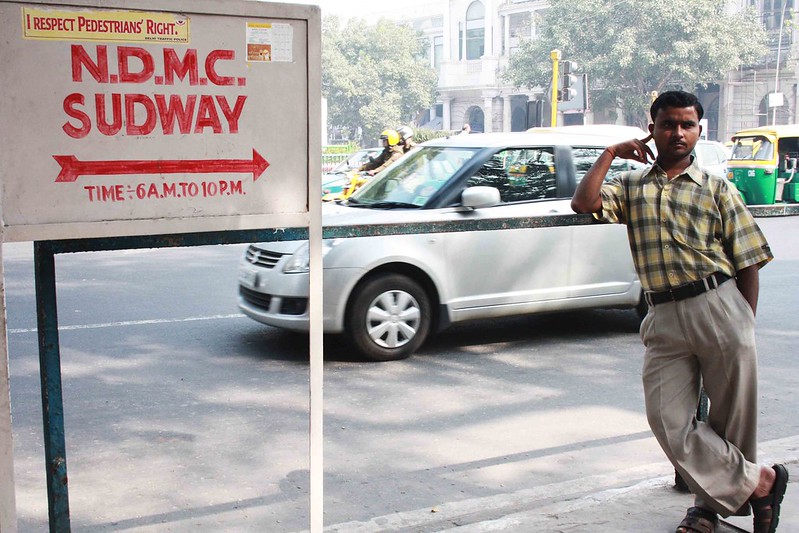