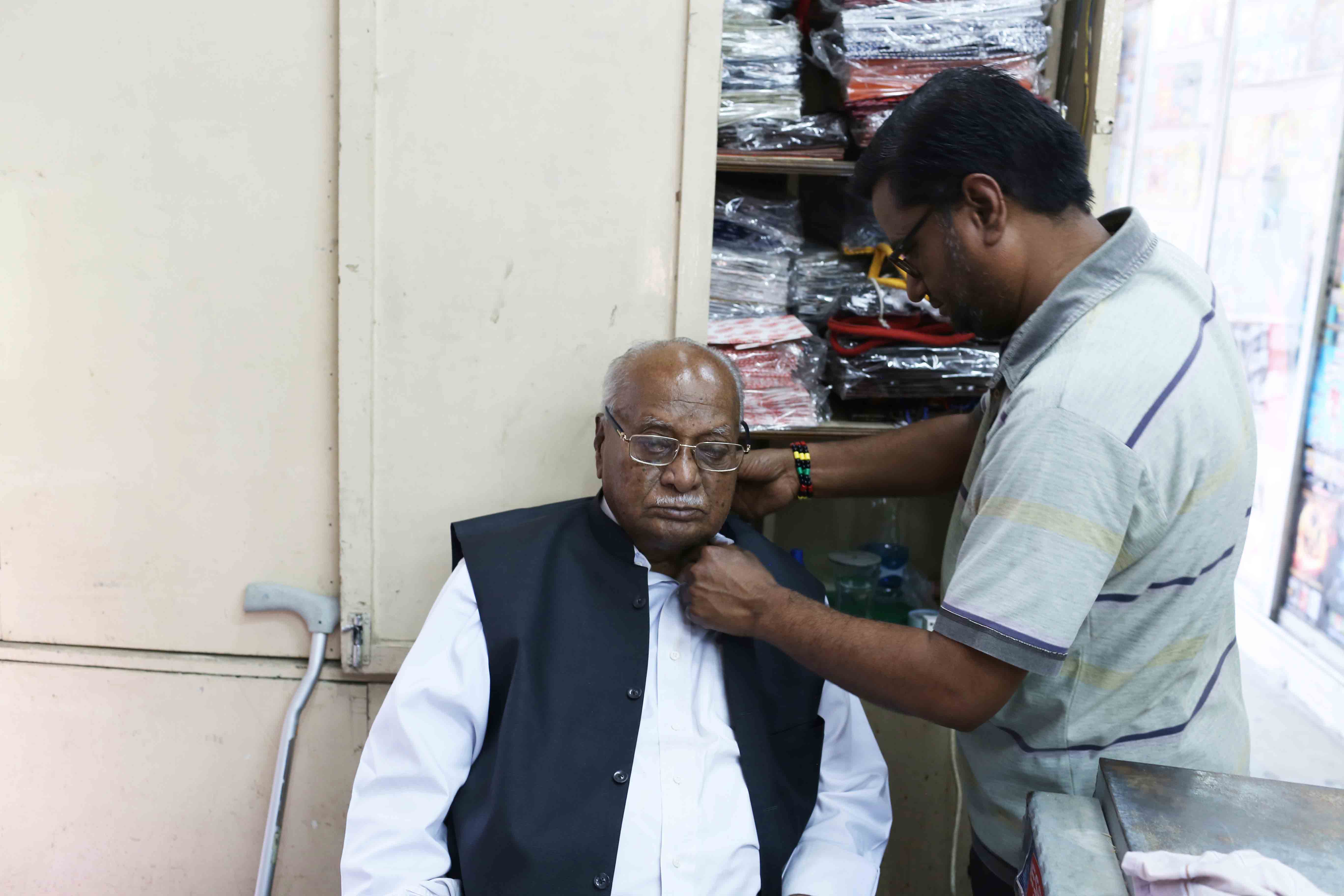 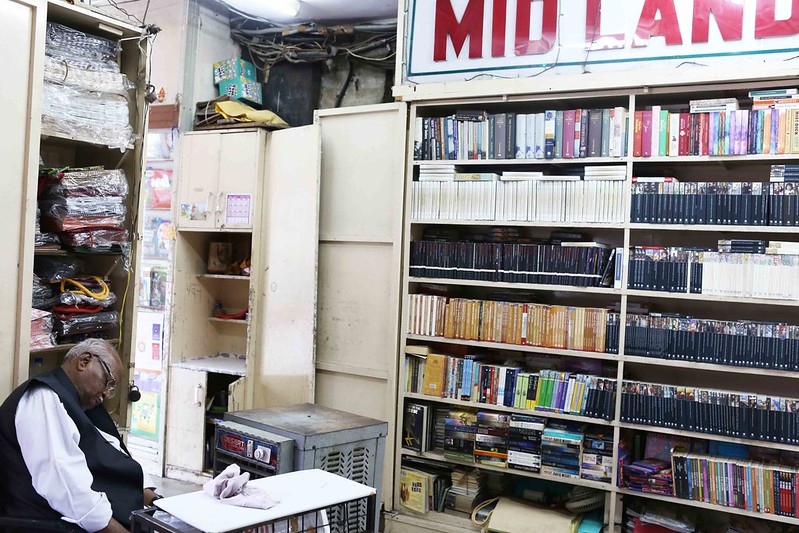 They all have died. Almost all the legendary founders of Delhi’s great independent bookstores have left us. Anil Arora of now-extinct The Bookworm passed away in August 2016. Balraj Bahri Malhotra of Bahrisons Booksellers passed away in February 2016. KD Singh of The Book Shop passed away in May 2014.

The Delhi Walla must be grateful for one exception.

Mirza Yaseen Baig, the founder of the popular Midland bookstores is still with us. He is 86 and comes daily, without fail, to his shop at south Delhi’s Aurobindo Market. These days Mr Baig is not able to hear properly and has reduced his interaction with customers. Instead, he sits the whole day outside the bookshop on a chair facing a shelf stacked with classics of English literature; the shop itself is handled by Afsar, one of his sons.

One afternoon I see Mr Baig taking a nap at his usual spot outside the shop. His head bend down and his face resting on his arm, Mr Baig’s chest is heaving gently in a deep-sleep breath, oblivious to the world around. A few shoppers walk past without waking him up.

Unlike the other three aforementioned bookstore founders, Mr Baig’s connection to Delhi is somewhat more recent. He is from Hyderabad in south India. There he used to run a small book stall on the bustling Sultan Bazaar Road. In 1970, he folded his business and moved to Delhi with his wife, four sons and six daughters (one more girl would be born later).

In the capital, he set up a similar stall, later named Books Selection Center, just outside the Indian Coffee House in Connaught Place — at that time the coffee place was not in its present location in Mohan Singh Place but on the site of present-day Palika Bazar.

Eight years later, Mr Baig founded the New Book Land, the first of his four Delhi bookstores, just outside the Janpath flea market. It continues to exist and is managed by his son Salim, a charmingly moody man who can be nice or indifferent depending upon your luck at that moment.

In 1985, Mr Baig opened the first Midland in the brand new Aurobindo Market, an aesthetically challenging block constructed by Delhi Development Authority (the market’s small garden is mostly taken over by a gigantic cement butterfly).

The bookstore was initially situated in shop number 40, but later moved to a bigger space within the same complex in shops 20 and 24 (the earlier one is now remembered as Chhoti Midland, the small Midland).

The other two outlets in South Extension I and Gurgaon came later.

Like almost every longtime bookshops in the city, the Midland stores too have a following. The one in Aurobindo Market is a beloved of many well-known writers such as Namita Gokhale who lives nearby in SDA Colony. For many old-time regulars to this market, the ritual is to first have a burger and a glass of soft drink at the nearby Wimpy’s (a fast-food legend in its own right) and only then to step inside Midland to browse for the latest novels.

While Midland might be loved by its longtime patrons, it has not completely won the heart of at least some of the city’s booksellers. Its crime — it was among the first shops in Delhi to sell books at 20 percent discount, a scheme that led the spoiled customers to demand similar discounts elsewhere. We remember the late Anil Arora regretfully musing to us on Midland’s pricing strategy on the eve of closing his bookshop, The Bookworm, in Connaught Place in 2008.

But now Mr Baig is waking up. I ask him why he doesn’t avail the pleasures of a retired life with wife, Sardar Baigum, at his home in west Delhi’s Paschim Vihar. “Coming to the shop is my habit,” he says. “I cannot sit at home. Here I watch people, see the world go to and fro about me and I feel good.”

Mr Baig then asks a bookstore assistant to show us the books he often reads during the day. They are all in Urdu. One is a poetry collection by Faiz Ahmad Faiz. “I also like Sahir Ludhianvi’s verses,” he says. Baig, who is addressed as Babuji by his employees, reaches the shop every morning at eleven and leaves for home at eight in the evening.

Let us hope the routine lasts for years to come.

[This is the 131st portrait of Mission Delhi project] 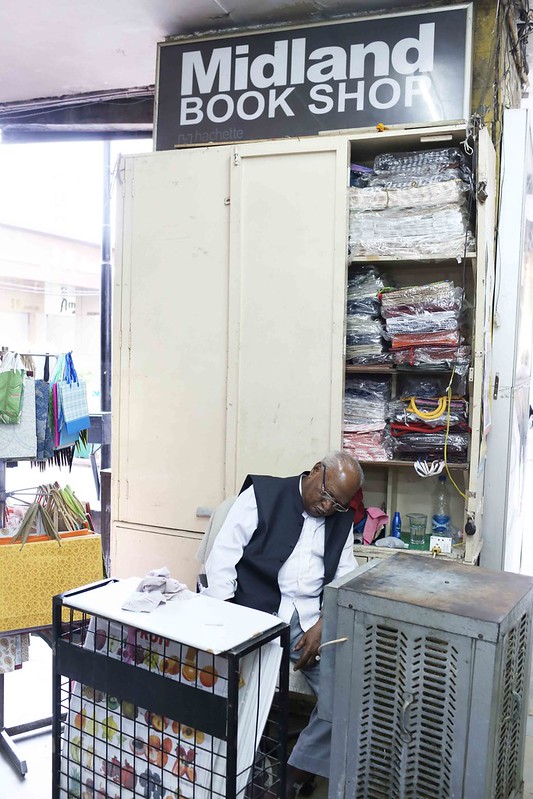 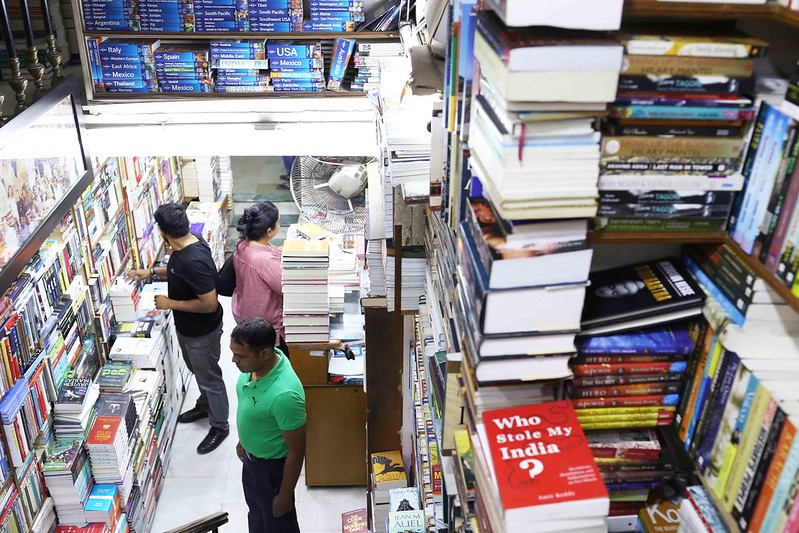 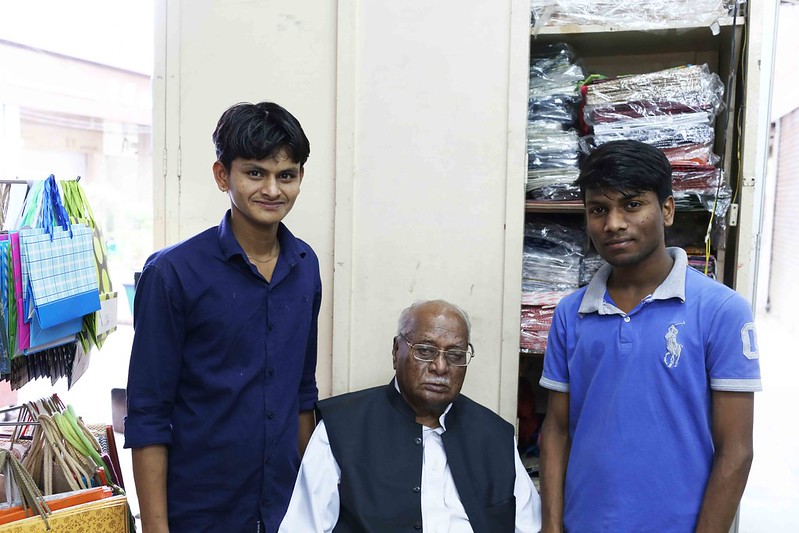 3a. (Midland in Aurobindo Market) 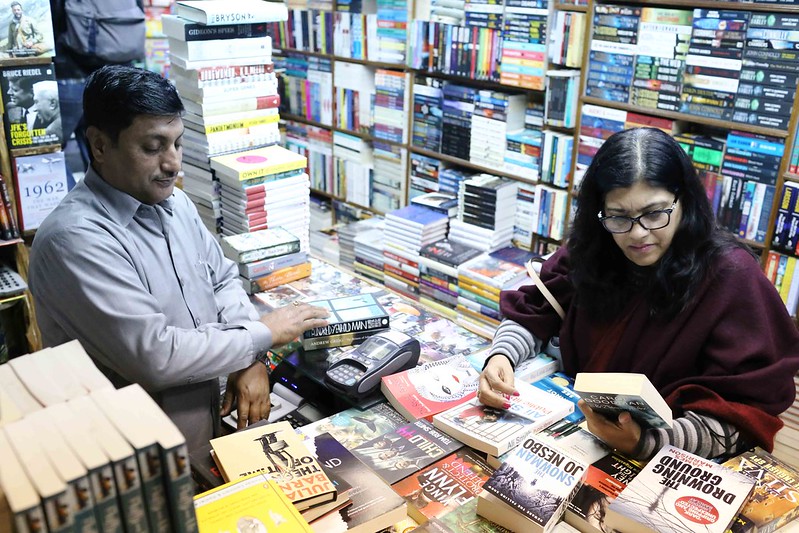 3b. (Midland in Connaught PLace) 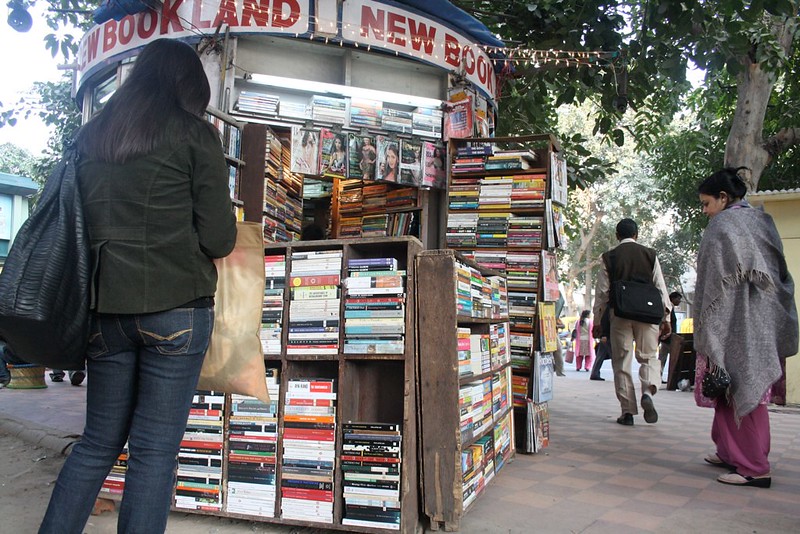 4. (Midland in South Extension I) 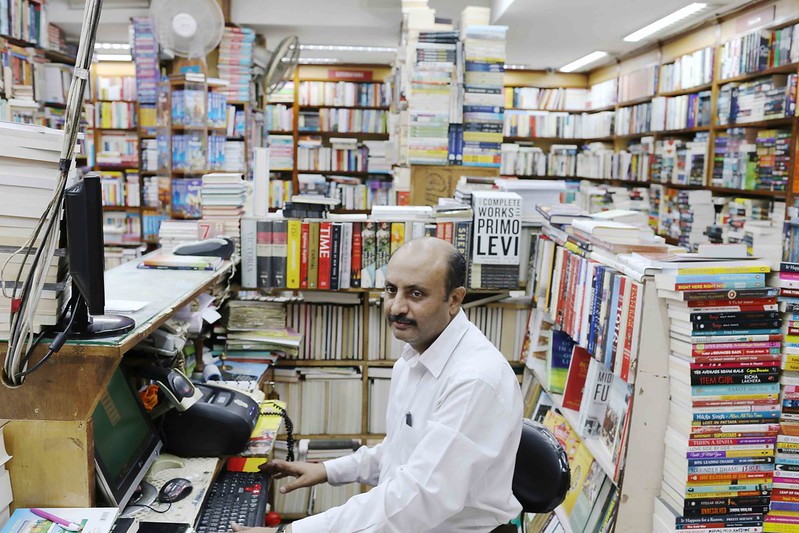 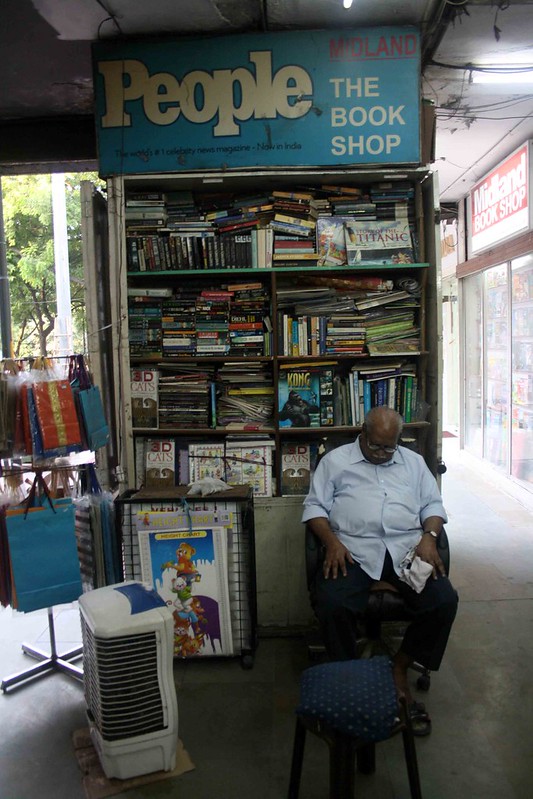 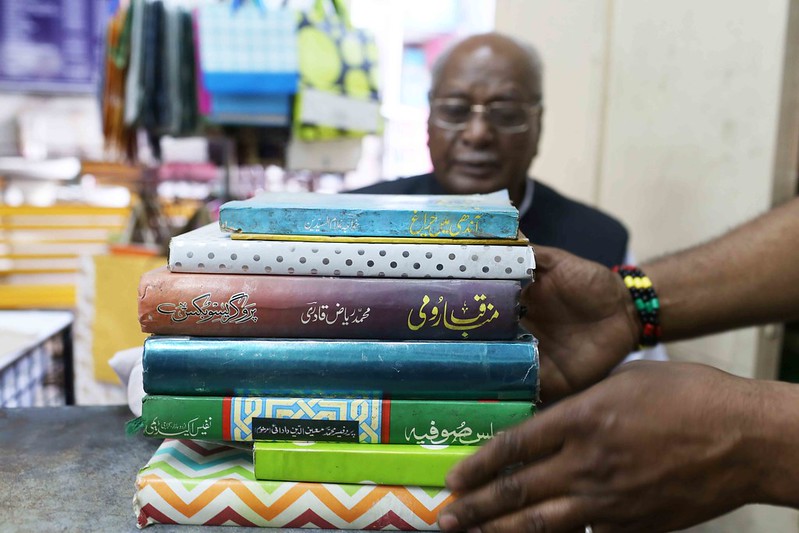 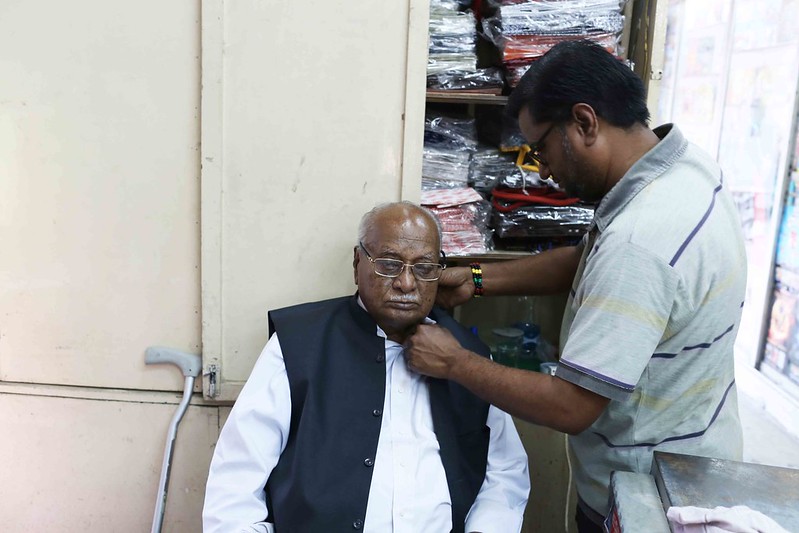