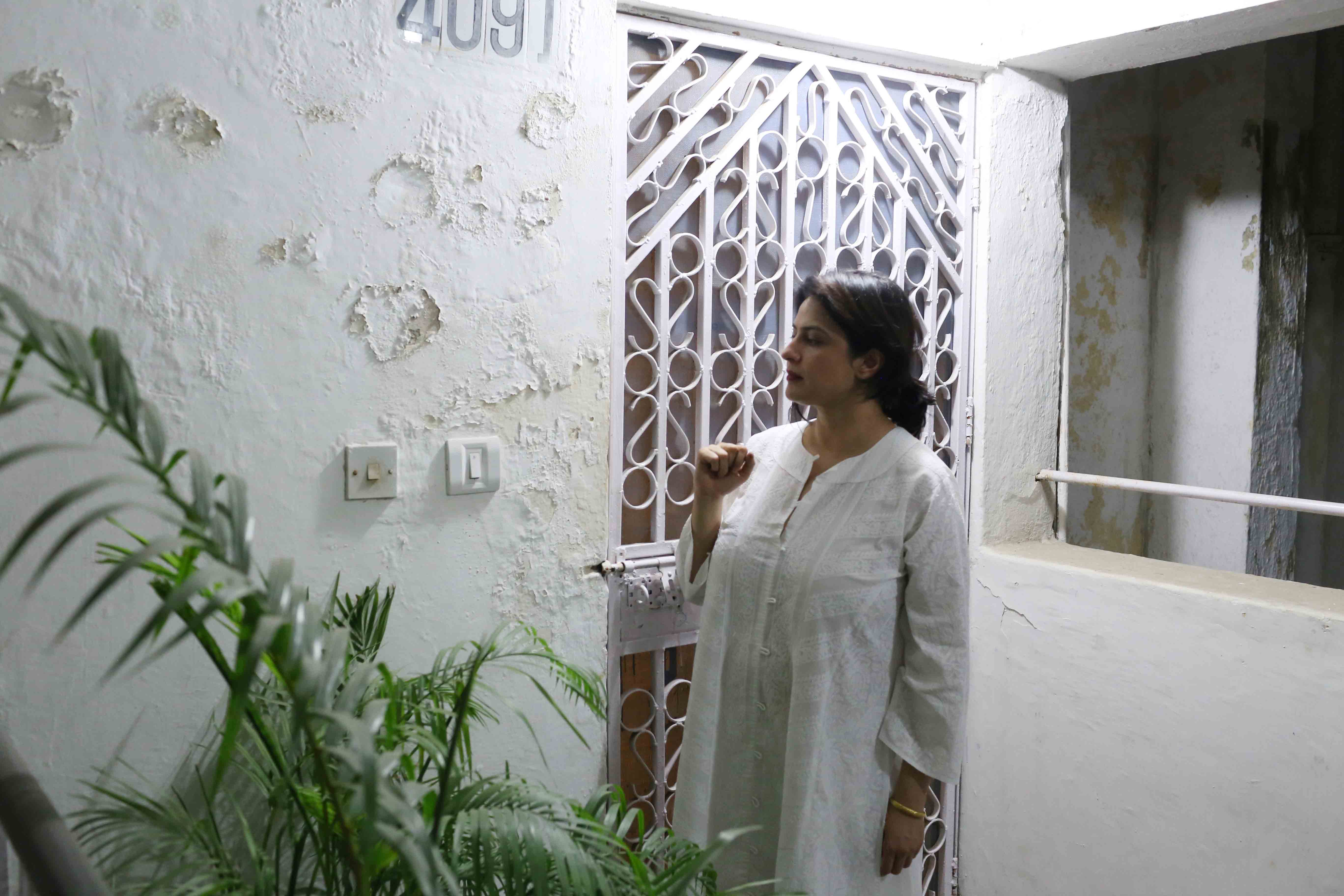 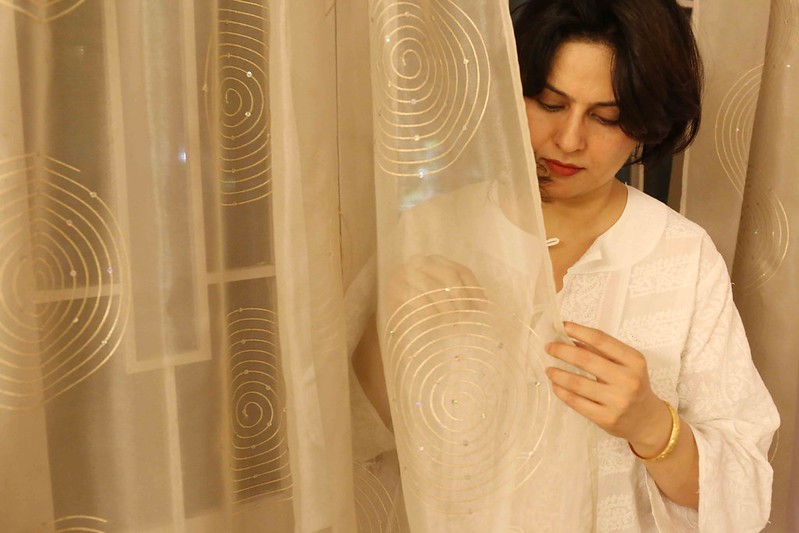 You must be joking.

There’s absolutely no competition between these two cities. Delhi is by far… oh well, The Delhi Walla can’t lose out on his Bombay readers, after all.

Instead, I shall simply bark and boast by riding on the coattails of Neha Kumar, the poet behind ‘Delhi’s reply to Bombay’—yes, that’s a poem and one hell of a Delhi-Bombay poem.

We met Ms Kumar at her beautiful home in south Delhi’s Vasant Kunj where she lives with her cats Oh Dear and Oh My. (Oh Dear, the fatter of the two cats, has her own rocking chair, while Oh My is a hopeless wanderer whom we saw hiding under the dining table).

Ms Kumar, who works in the field of ‘green investment’, usually writes poems on her phone as responses to friends’ messages. ‘Delhi’s reply to Bombay’ was her reply to Harnidh Kaur’s poem ‘Dear Bombay’ that was sent to her on WhatsApp by a friend “who lives in Delhi but is from Bombay”. As soon as Ms Kumar finished reading it, she immediately replied to her friend, WhatsApping, “Oh, delicious” but then she realized that these two words alone could not be her response. So she started tapping verses after verses on her smartphone and her poem was ready in 15 minutes flat.

Oh, delicious, but that cannot be my only response.

You know how I breathe the hot air of Delhi, sometimes

Choking at Safdarjung Enclave in the fumes of a long day

And, flirting at the traffic signal at Ber Sarai

With the idea of going straight down on Asaf Ali Road

Or turning right, past JNU, where the Freedom Square holds

My anti-national spirit aglow in the evening sun

That turns the skies peach and white, over

After all these years of loving and quarrelling with

I love you like the burst of bougainvillea and Amaltas

That make the summer feel gentle when it is scorching gloom

I love you like the rhythmic echoes from the past

Of horses that must have trotted across the Red Fort

I love you in an undying manner of sorts

Wounded and healed and happy and sad

At Jumbo Point. I will love you like a girl lost

In the pleasures of vada and coffee

I will love you like a woman loves her man

Between the wild desires of ShapurJat

And the placid curves of Chankayapuri.

I will love you while holding

And I will love you while leaving.

Unlike most amateur poets, Ms Kumar is very modest about her poetic skills and insists she is “absolutely untrained” in the art of poetry writing. Her lines, she says, are mere outpourings, and are not metered and don’t follow particular poetic rules. That said, Ms Kumar has written quite a few poems and they all are accessible exclusively to her Facebook friends (we are not counting those lucky friends who receive the first draft of her poems as her WhatsApp messages.)

Ms Kumar’s parents live in western Uttar Pradesh while she herself has been living in Delhi since 1997. She first arrived in the city as a student in Jawaharlal Nehru University. Since then she has been a veteran resident of “many sectors in Gurgaon” and “many sectors in Vasant Kunj’. In other words, her “anti-national spirit” was experienced enough in Delhi to muse confidently on the “wild desires of Shahpur Jat” as well as with “the flirting at the traffic signal at Ber Sarai”. 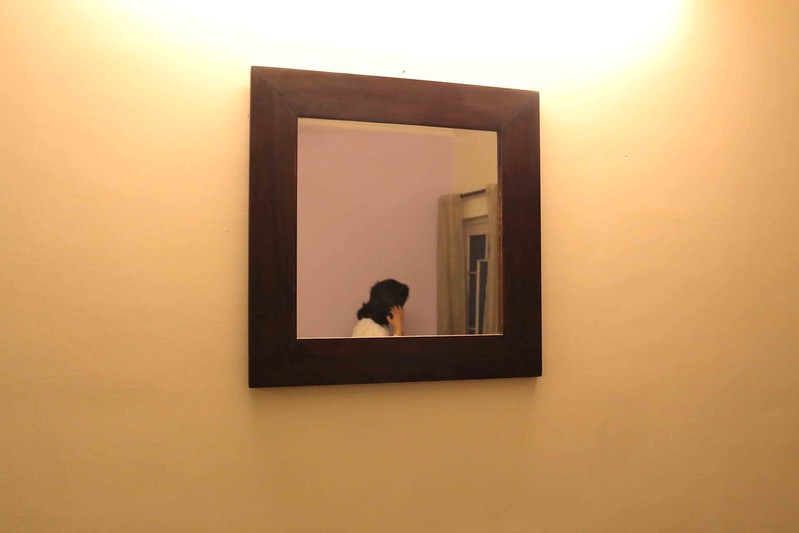 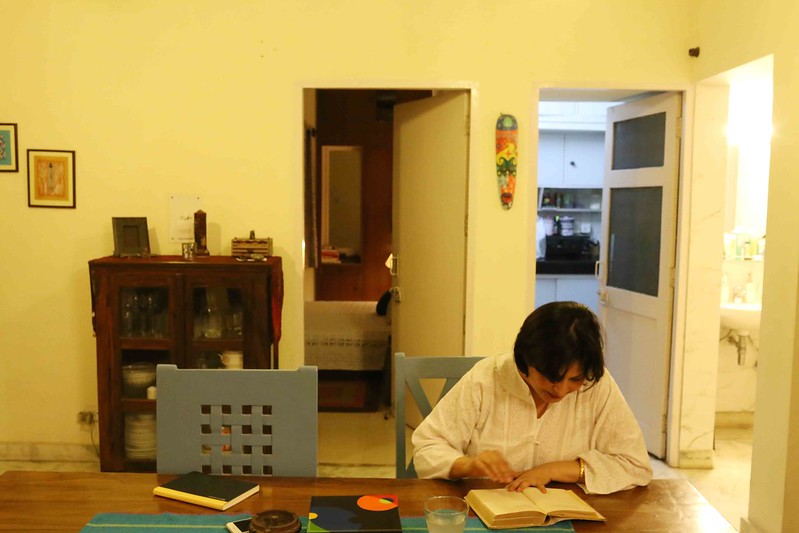 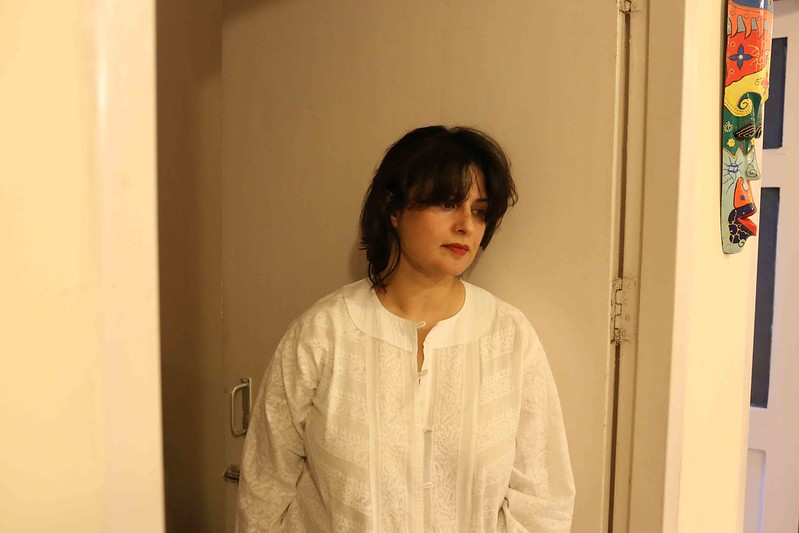 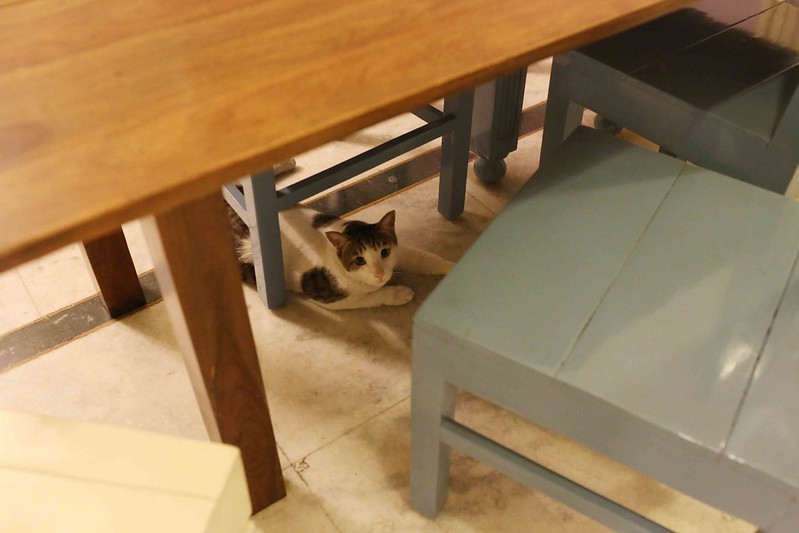 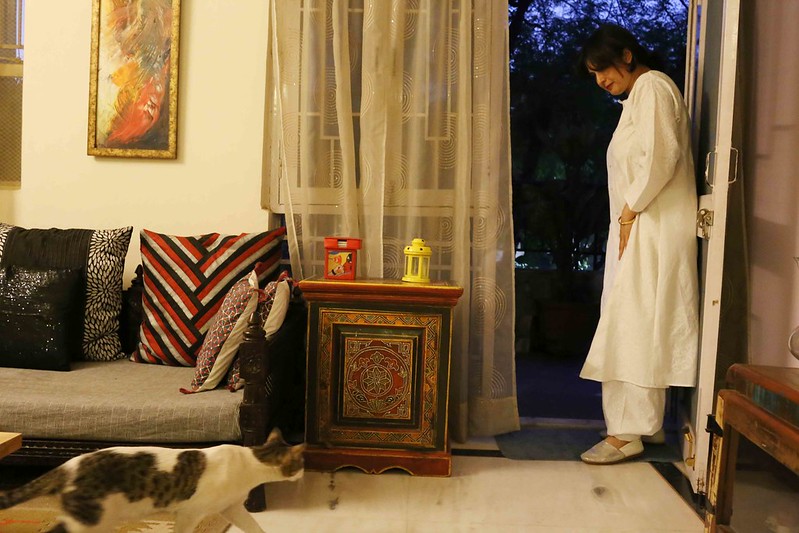 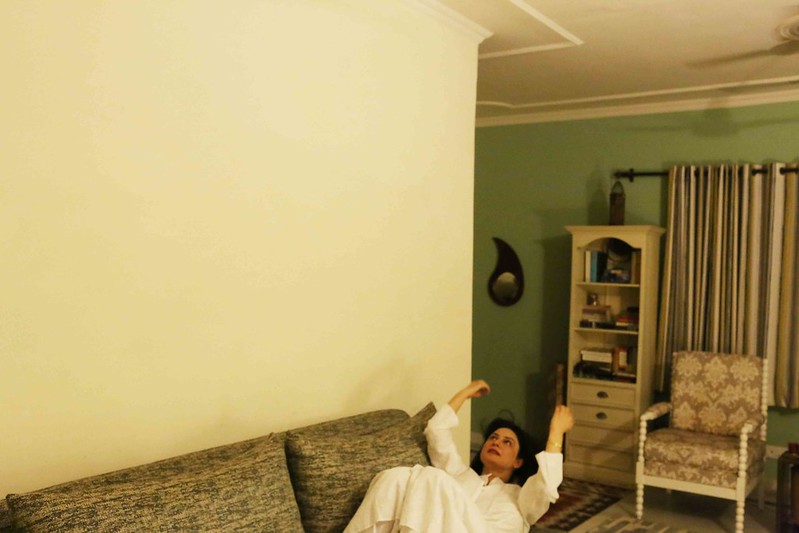 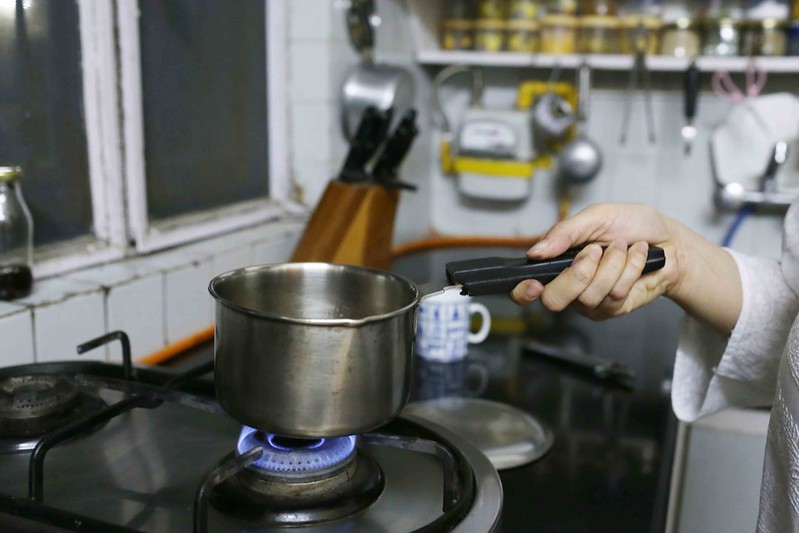 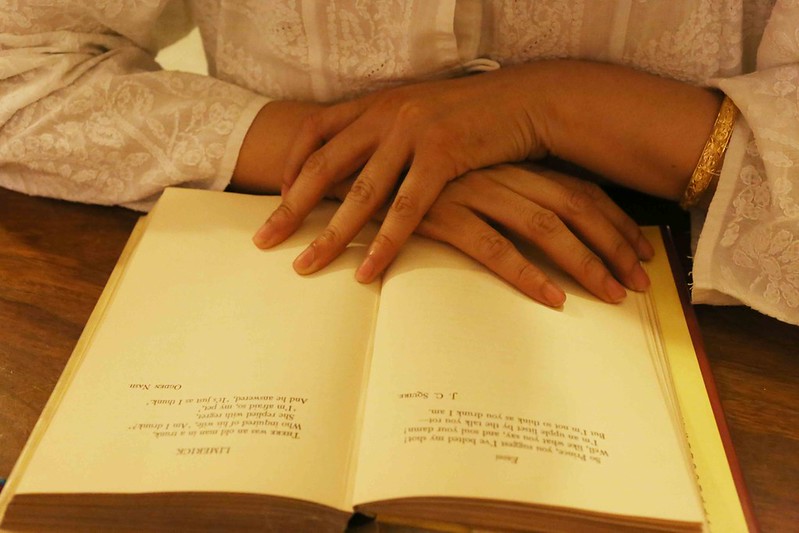 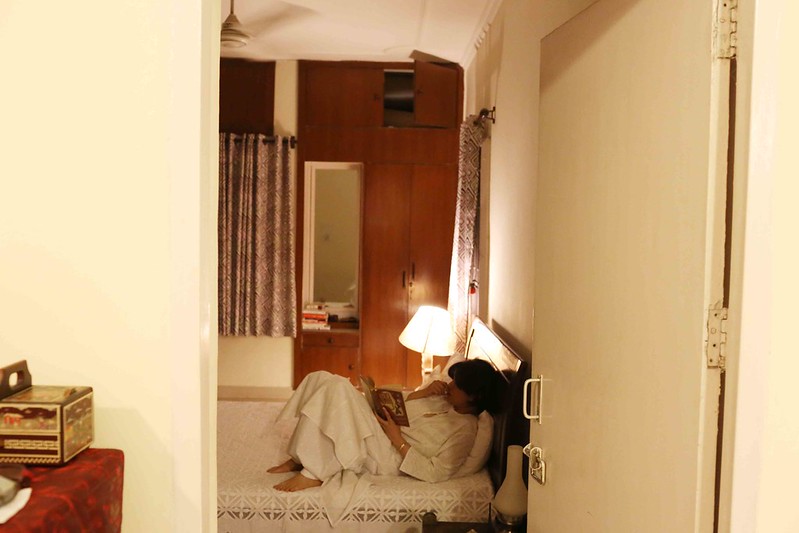 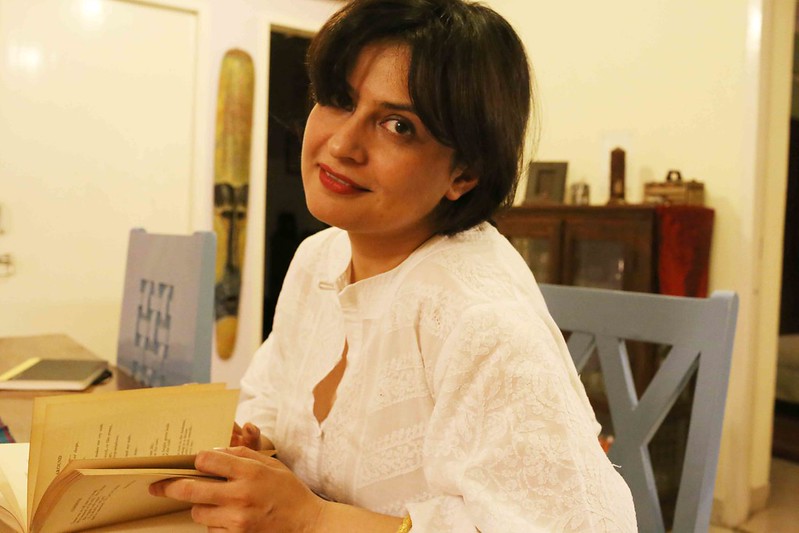 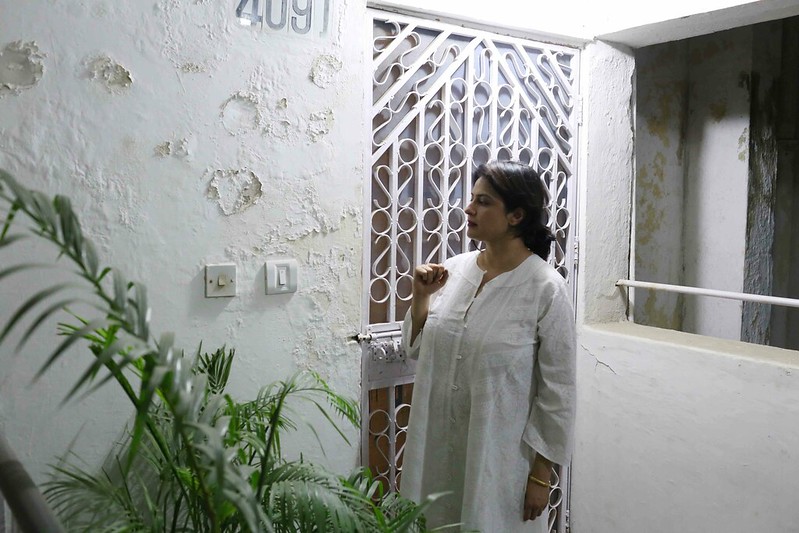