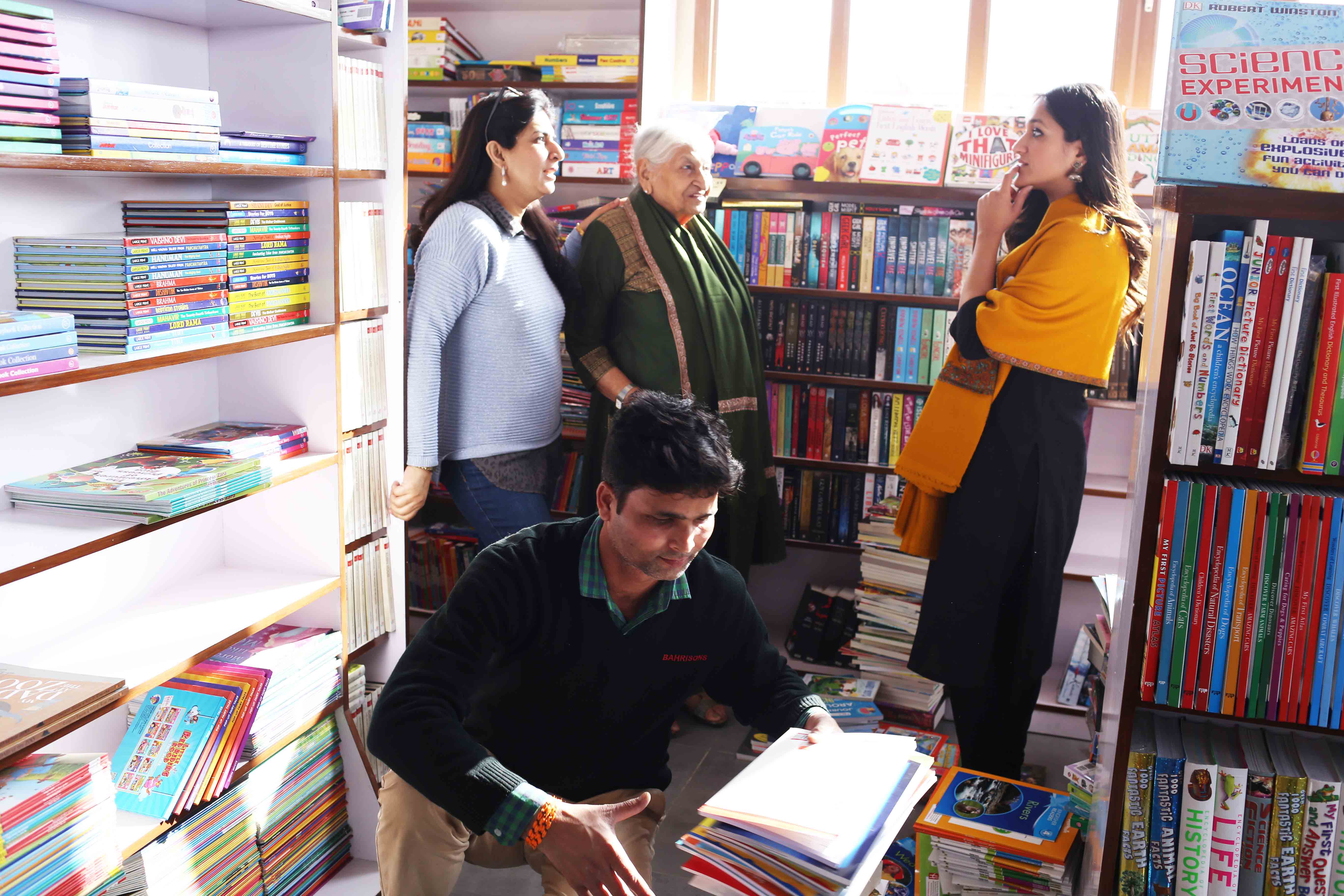 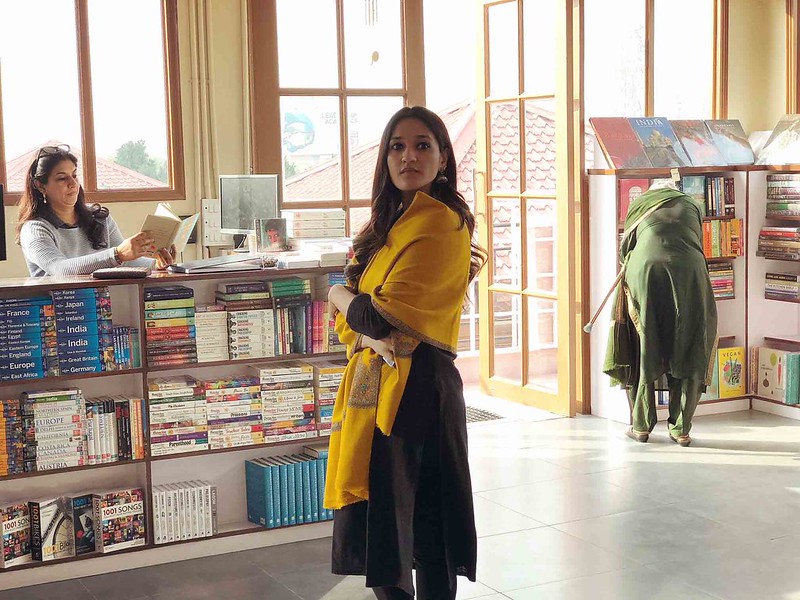 Gentle winter light is falling on the bookshelves, streaming into isolated pools of dappled warmth. Here and there, boxes lay on the floor, unopened, beside piles of books waiting to be kept where they have to be kept. In one of the book-lined alleys, a white-haired woman in salwar suit is holding on to her walking stick. Her name is Bhag Bahri Malhotra. She’s the matriarch of Bahrisons Booksellers, the legendary Khan Market bookshop that will turn 65 next year.

But don’t get The Delhi Walla wrong: this is not the upscale Central Delhi market so beloved of authors, diplomats and expats that I’m talking about. I’m in the National Capital Region—in Gurgaon’s Galleria Market, more precisely. This is the first day of the new Bahrisons shop, much brighter and much more spacious than the cramped Khan Market original. It has large windows and high ceiling. And it even has a café! The whole place is called The Library.

Why are they putting up this absolutely delightful shelf of handsome Everyman hardbounds for their new and still unknown customers here in Gurgaon, and not for their longtime loyalists in Khan Market?

An embarrassed Bahrisons staffer sheepishly says, “We have no space left in Khan”.

Just then Rajni Malhotra, the daughter-in-law of the aforementioned Mrs Malhotra, enters with a box of toffees and starts a distribution among the few first customers and the shop assistants, still unpacking boxes of books.

The third Bahri family woman present in the shop is Rajni’s elder daughter, Aanchal, a new author whose first book was published a few months ago.

“We’ll have events in this new shop,” says Aanchal. “We are even planning yoga sessions!”

While a new bookstore nearer their pincodes is good news to Gurgaon’s book lovers, this is not the first time such a Delhi landmark has expanded to this area. In 2007, the discount-friendly Midland Book Shop opened an outlet in DLF Phase I.

At the original Bahrisons, the browser’s typical experience is comprised of casually rubbing shoulders with the capital’s well-known people, pouring over the latest books published by prestigious university presses, and waiting to be noticed by the store’s celebrity shop manager, Mithilesh Singh—he, incidentally, completed 20 years with the bookshop.

But the Central Delhi celebrities at least, I suppose, are likely to stay faithful to the Khan Market outlet. And Mithilesh Singh, I’m told, will not move to Gurgaon.

“The formula to run the new Bahrisons will still be the same,” asserts Rajni. “And this is: find the book for the reader through any channel.”

The Gurgaon store is particularly well-stocked with children’s books, and it also has an extensive selection of Hindi novels.

At one point, the three women gather in front of an elderly man’s portrait, reverently arranged between icons of Ganesha and Krishna. Balraj Bahri, the shop’s founder, passed away last year. He had arrived in Delhi in 1947 as a 19-year-old partition refugee, and opened the bookstore six years later. He arranged the initial investment of 800 rupees by selling his mother’s single gold bangle.

Since then, more than one generation of literary-minded Delhiwallas grew up buying books from him in Khan Market. Some years ago, he passed down the bookshop’s day-to-day administration to his son, Anuj, and it became something less frequent to sight him in the shop. He would then be sitting quietly, arms crossed across the chest, and his stern-seeming face dissolve into a disarming smile each time he spotted a familiar customer.

These evenings, his wife sits at his place in Khan Market.

Over the years, Delhi has seen the closure of many landmark bookshops—The Bookworm, The Book Shop, New Book Depot, Galgotia & Sons, and Fact & Fiction. But Bharisons has thrived enough to create chain stores. “That makes us sound like Walmart!” exclaims Aanchal. “Call us a family-run chain please.”

The Bahri family opened its second outlet–a bookstore for children in Khan Market’s Middle Lane–in 2010. Another Bahrisons was launched in Saket in 2009. They are opening one more store in Saket in two months. The family runs a publishing house, too. Anuj Bahri, who sits at the Khan Market store, is also a literary agent.

While surveying the books stacked on the new store’s shelf of classics, Aanchal tells us how carefully her grandfather would listen to what his customers wanted to read. “He would write down the names of the books on a note pad, and that’s how Bade Papa built his fledging bookshop’s collection. This is what we shall do in Gurgaon… and yes, pad system continues to this day.”

Meanwhile, here in Bahrisons Gurgaon, the elder Mrs Bahri is quietly tearing up. “It’s not my fault, she apologises, buss paani as gaya.”

After her marriage to Balraj in 1955, Mrs Bahri’s salaried job not only gave her a government-allocated flat in Netaji Nagar, but also covered the expenses for the household and the children’s education. This gave her husband, who at the time was struggling to keep the business afloat, the opportunity to invest all the earnings from the bookshop back into it.

Every afternoon when her husband would leave for the grander bookshops of Connaught Place to survey the new books stocked on their shelves, she would walk from her office in Jaiselmer House, near India Gate, to Khan Market. There, she would preside over the shop until the husband’s return, and then walk back to her office.

As the late morning is turning into afternoon, Bhag Bahri Malhotra is feeling tired. Before leaving, she picks up a recipe book for a friend. She buys it from the counter, like any other customer. The cashier blushes as he hands her the change.

The elder Mrs Bahri then slowly walks down the stairs with her daughter-in-law and granddaughter, heading home, in Safdarjang Enclave.

Later in the evening, if she feels like it, she might go to the bookstore in Khan Market or to the one in Saket. It’s all her empire.

The rare story of a thriving bookshop 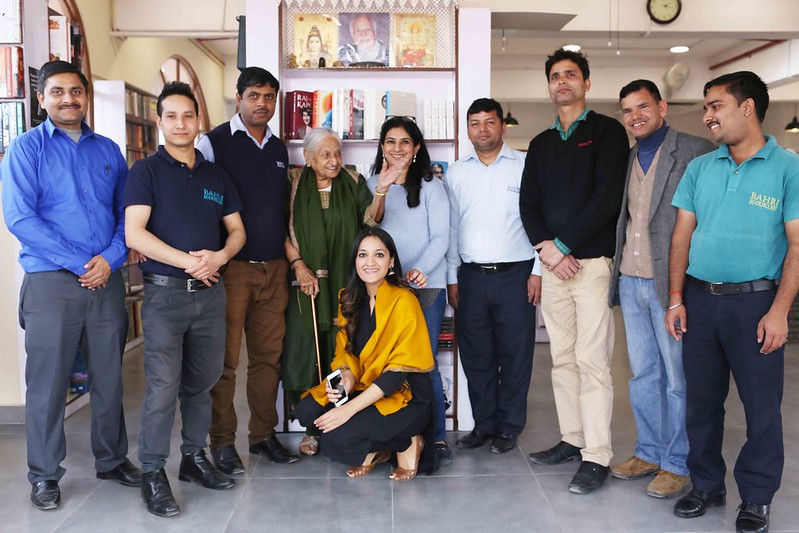 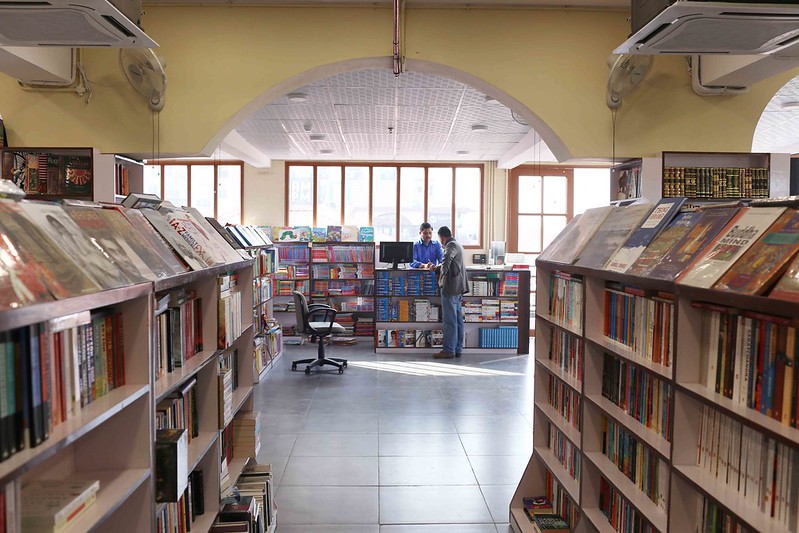 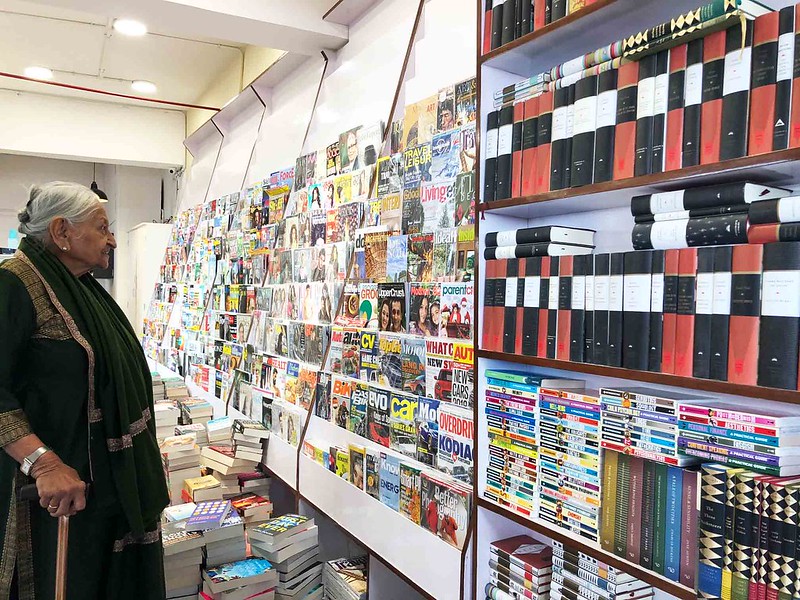 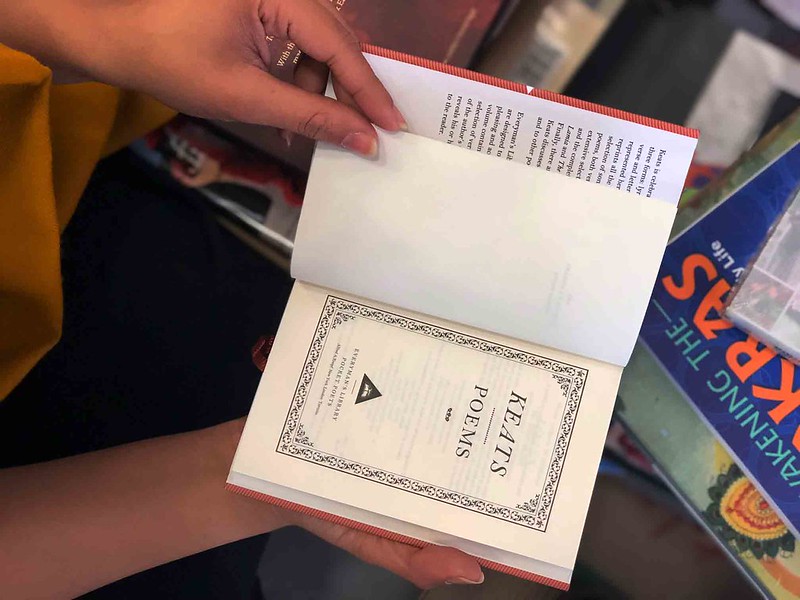 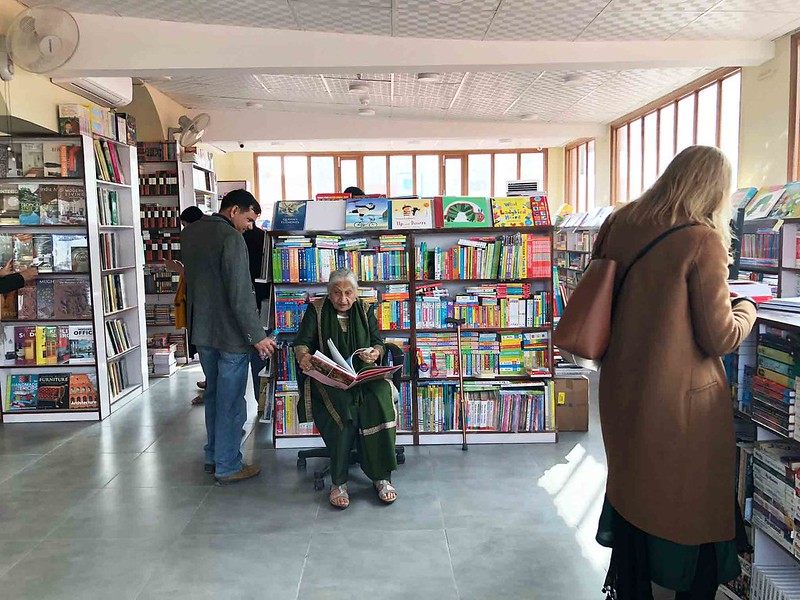 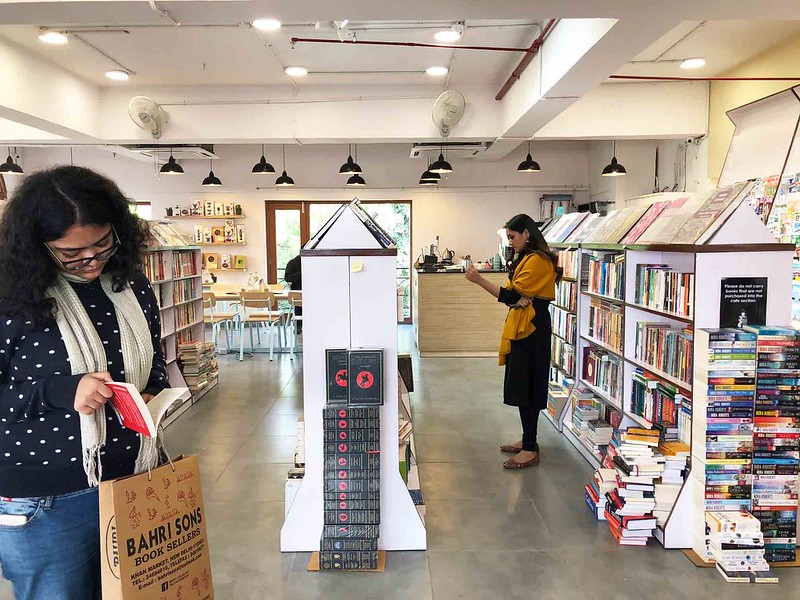 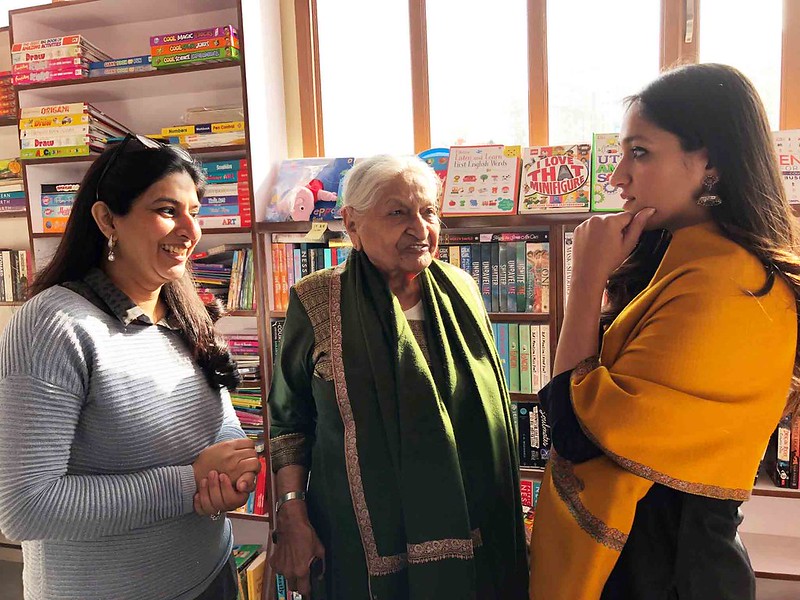 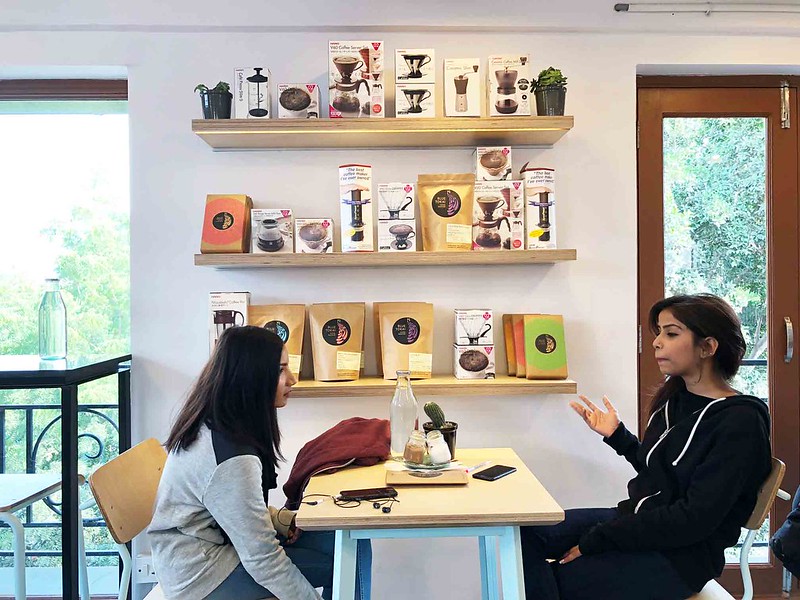 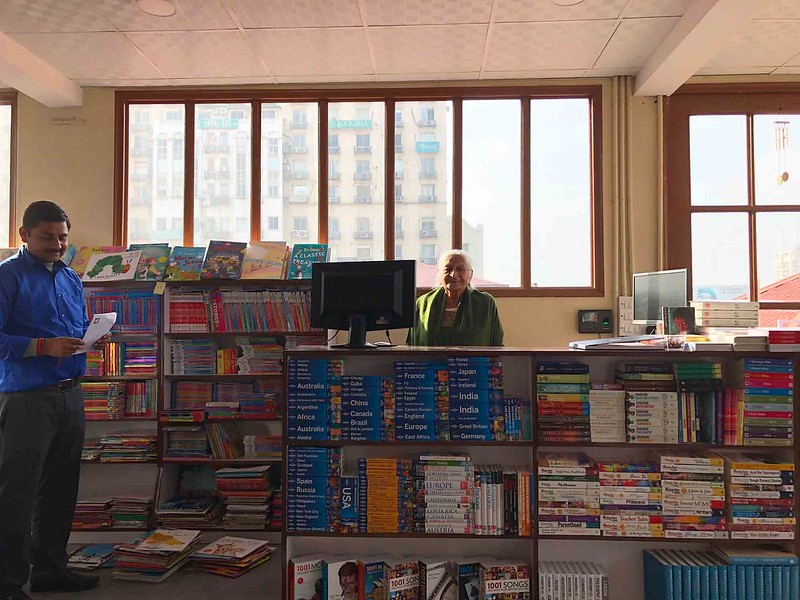 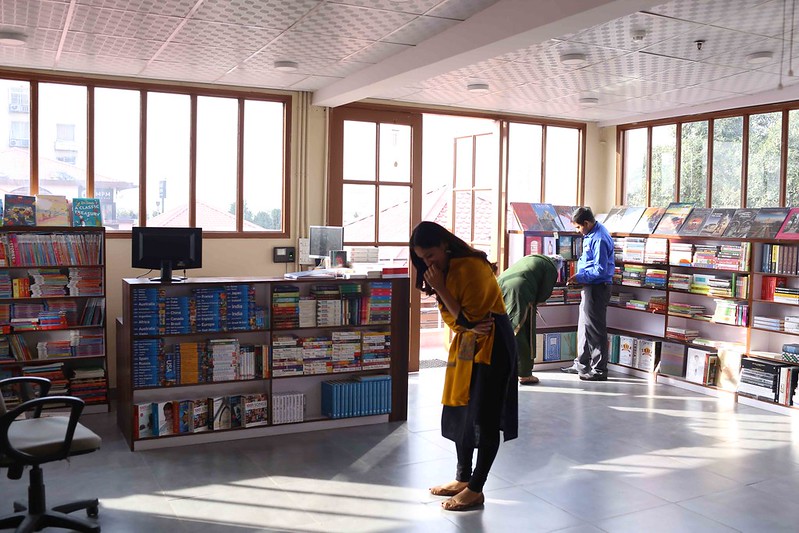 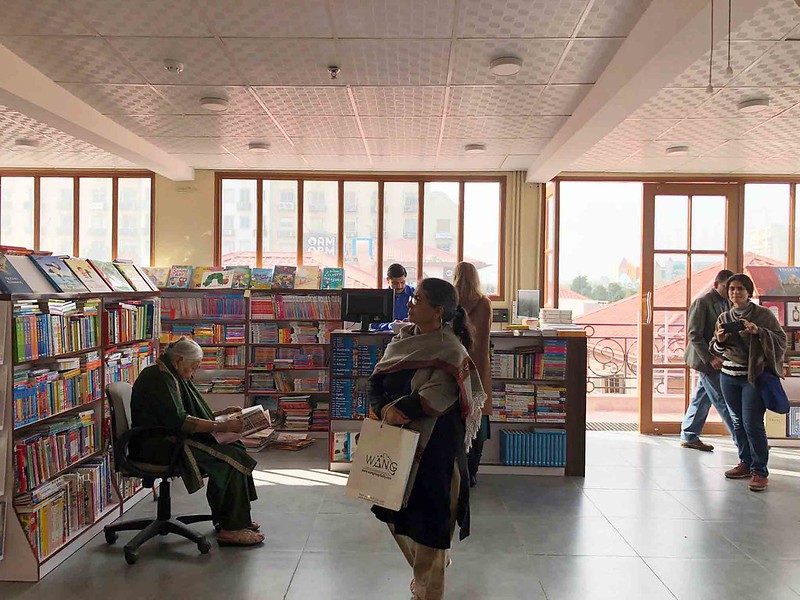 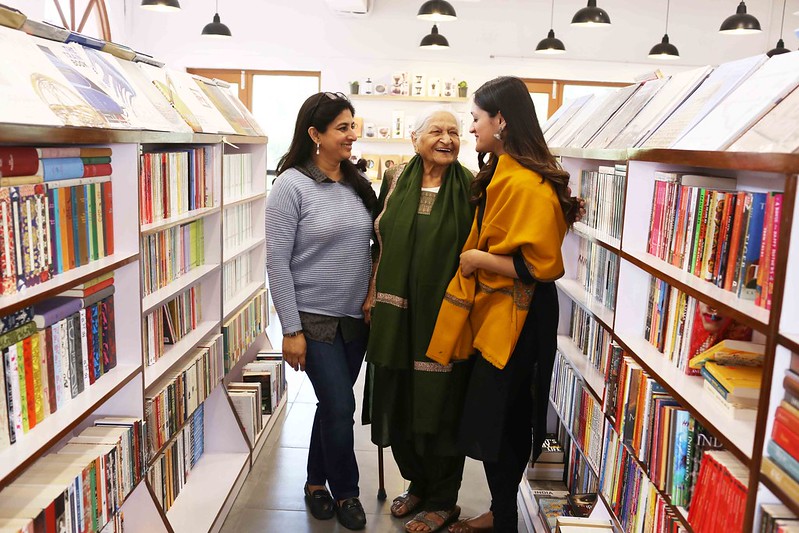 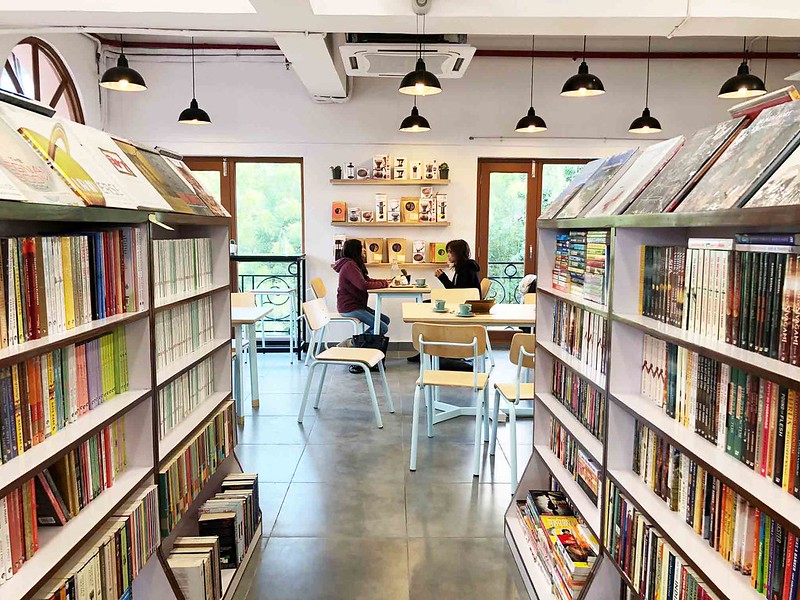 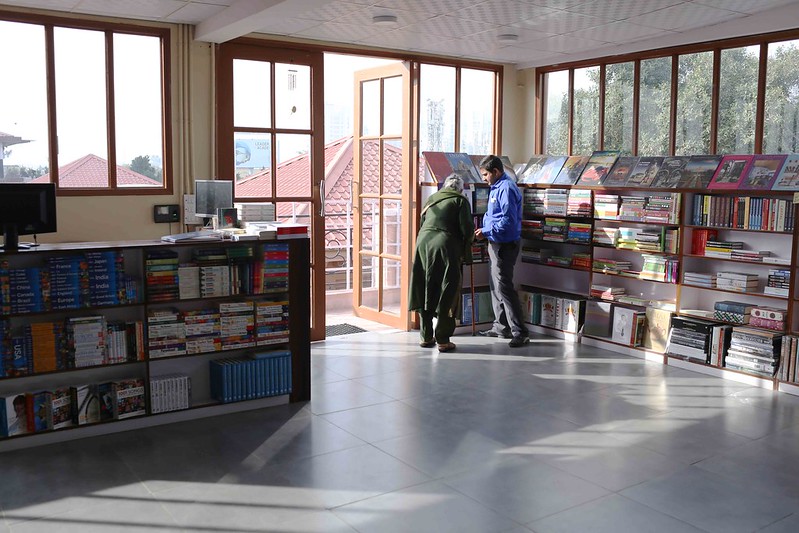 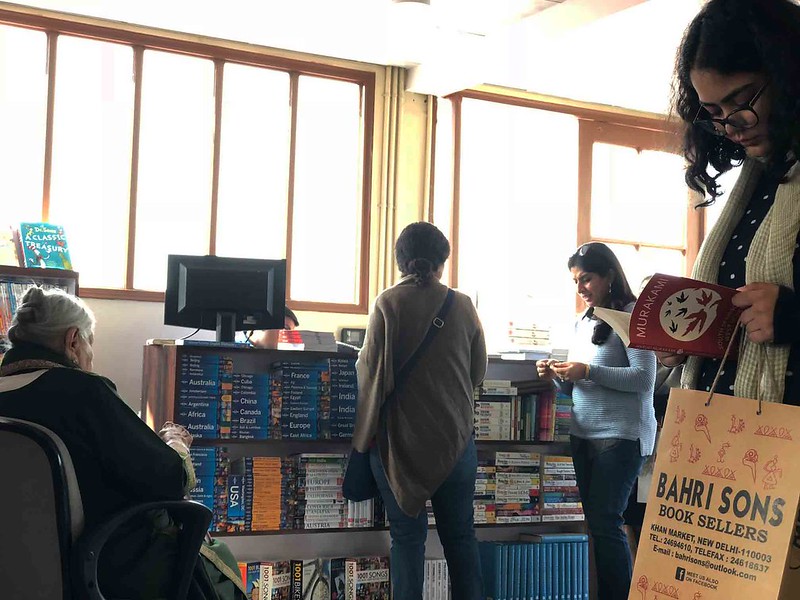 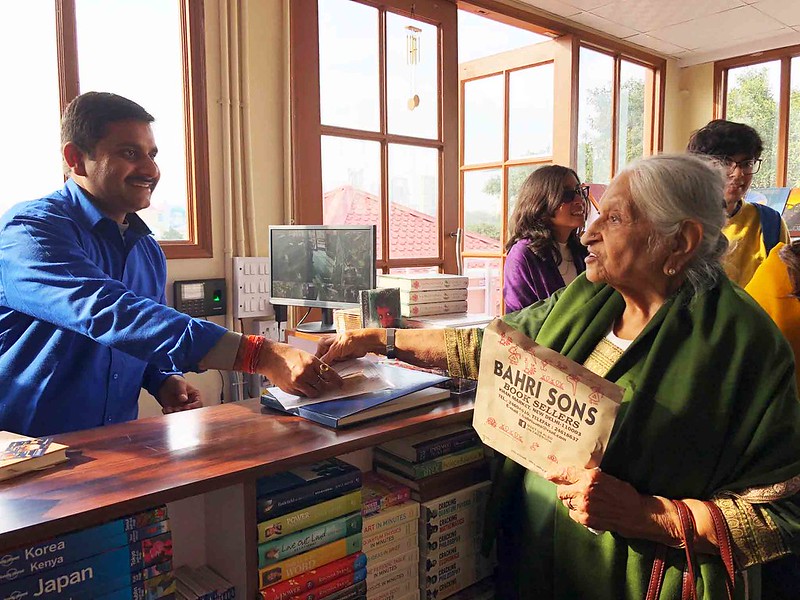 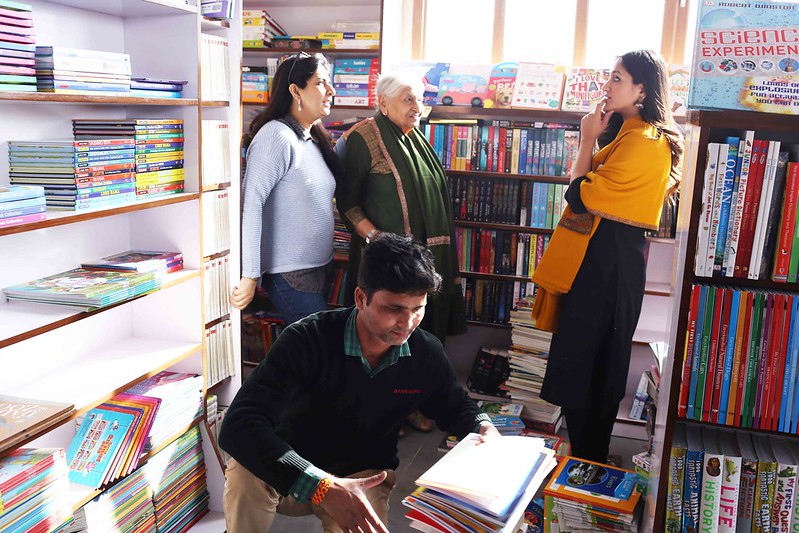