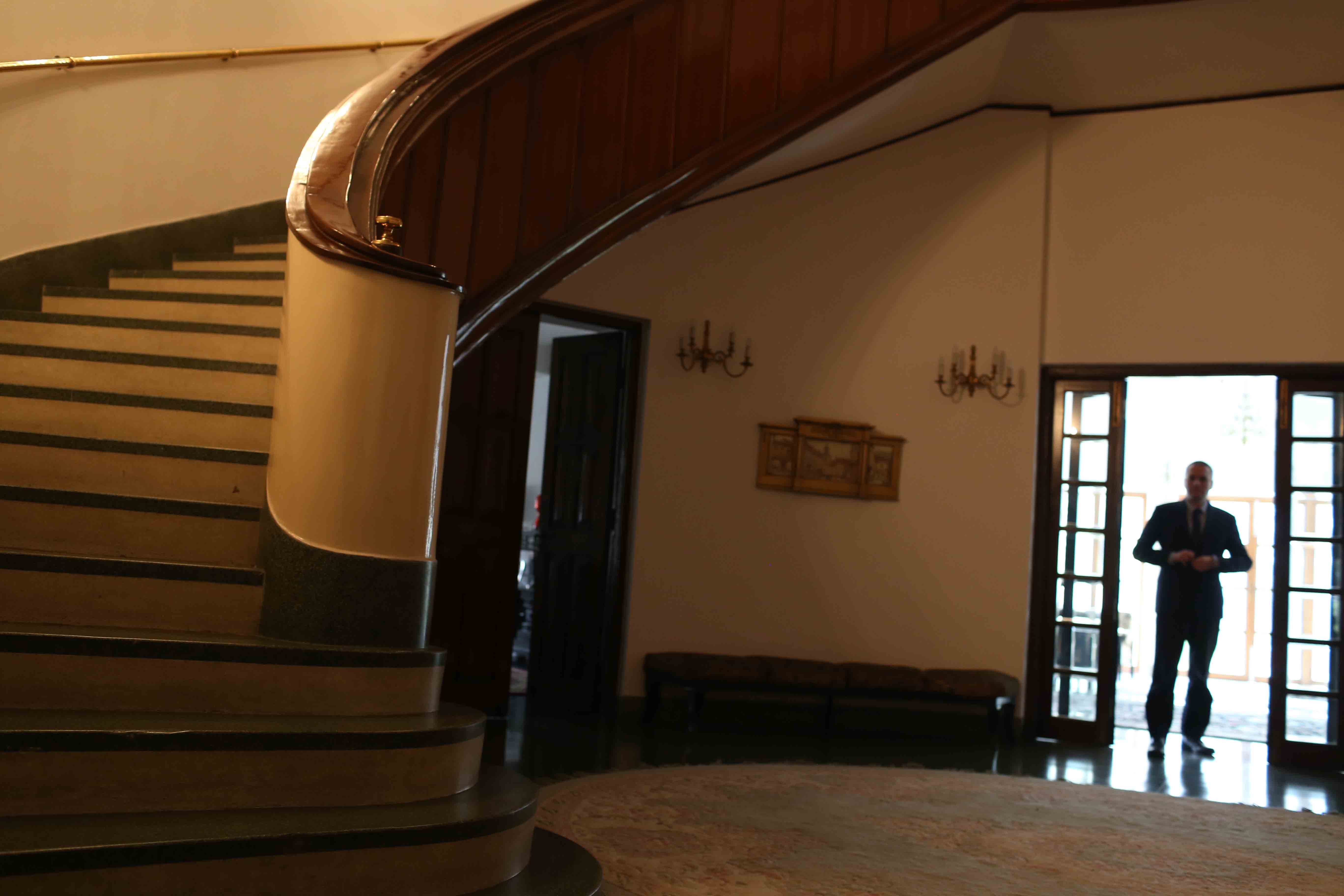 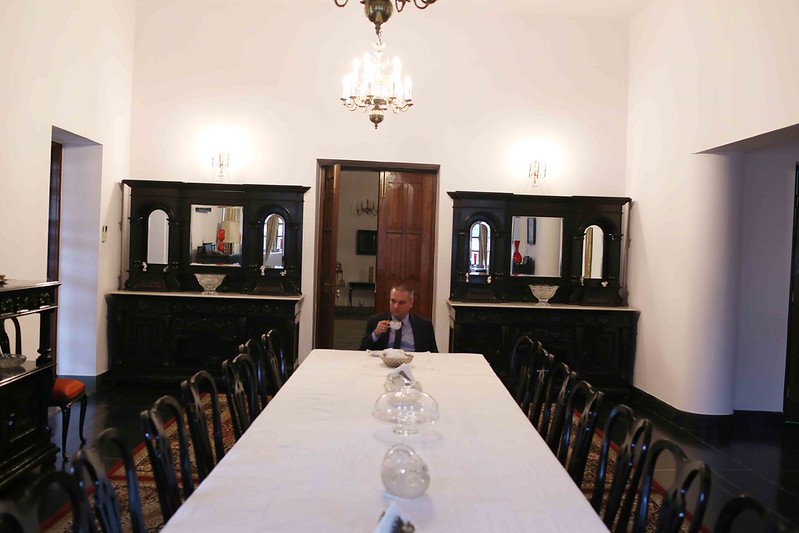 Houses of foreign envoys always conjure up images of hushed elegance. The Delhi Walla still remembers the visit to the Australian High Commissioner’s residence in Chanakyapuri a few months ago (click here for that story). What a lovely garden it had. Even the tea kettle looked exquisite. The house itself was designed by Joseph Stein, the architect behind post-Independence Delhi’s greatest garden buildings.

And it’s only one example.

Recently I dropped by the Polish Ambassador’s residence on Tilak Marg. It is not a Stein building. It is not even inspired by the New Delhi architect Edward Lutyens. And yet, it is more significant. This is the place where Dr BR Ambedkar lived, with his wife Savita, as India’s first law minister. Many of his letters are datelined from this address — though Tilak Marg was then called Hardinge Avenue.

Adam Burakowski moved into this white art-deco edifice some weeks ago as his country’s new envoy to India. His family is to soon join him from Warsaw.

One cold evening I found him at home, sitting beside a fireside sofa with Dharamveer Bharti’s novel Gunaho ka Devta — in Hindi. He speaks the language fluently. Wasting no time on diplomatic niceties, the ambassador escorted me straight to “Ambedkar’s study”. He stepped in as if it was a shrine. The desk-facing window looks to the garden.

The ambassador told me that the house is more or less the same as it was during Ambedkar’s days. Even so, this is not the same chair on which Ambedkar would sit, nor the same table on which he had his papers and files. Nothing of the old furniture and furnishings is here. The shelves, in fact, are stacked with Mr Burakowski’s collection of books.

The property originally belonged to the Raja of Kanika, in present-day Odisha, and was acquired by Poland in 1978. Ambedkar lived here from 1947 to 1951.

Escorting me into the stately dining hall, Mr Burakowski said, “The Polish government is very conscious of the privilege and responsibility of having this house… it is a part of Delhi’s heritage, and an important link to Indian history…. we spare no effort to keep it conserved.”

The silent house seems to exist for itself, as if it has nothing to do with the world outside. Chandeliers hang from the ceilings. Carpets adorn the floor. Walls exhibit works by Polish artists, with a few paintings depicting the old Warsaw. Kitchen cabinets have fine china embossed with the coat of arms of Poland — a crowned eagle.

There’s a piano, too.

And did I tell you about the guest toilet? As large as a cinema-hall restroom, its reflective tiles, life-sized mirror and dark-wood coat hangers are redolent of a Tolstoyan cloakroom where society ladies of St Peterberg would take down their long coats before entering the dancing hall.

The house’s centrepiece is the grand wood-paneled staircase that goes up to the ambassador’s private quarters. Gazing upon its stately winding course, it almost seems that Ambedkar will emerge at any moment from the door above, and run down the steps hurriedly, dressed in a blue suit, tie and glasses, perhaps holding a copy of the Indian Constitution — as so often depicted in his statues across the country.

The ambassador told me that the residence of his Indian counterpart in Warsaw, too, is a special landmark. A late-19th century house, it was one of the very few buildings still standing after the Nazi Germans destroyed the city, he said, adding that the India House is a “heritage monument”.

An Ambedkarite’s pilgrimage to Delhi, however, should not be restricted to this bungalow alone. One must also stand outside the Turkish Ambassador’s residence on Prithviraj Road. There, Ambedkar lived as a member of the Viceroy’s executive council. The other stop has to be Alipur Road in north Delhi.

After resigning as law minister, Ambedkar left Tilak Marg and moved to Alipur Marg as a tenant of the erstwhile Raja of Sirohi. It was in this bungalow that he died in his sleep in 1956. Sometime after his death, the estate was purchased by the Jindal family, of Jindal Steel and Power Ltd.

They built a new house, which was acquired by the government and turned into a memorial in 2003. This memorial was demolished last year to make way for a new one. Its foundation was laid by the Prime Minister a year ago.

The Polish Ambassador took me to the garden. “It has eight peacocks,” he said.

I spotted three of them.

As I was leaving, Mr Burakowski said, “It is a tradition that while leaving Delhi every departing Polish ambassador solemnly tells his successor about the house’s connection to BR Ambedkar. We hold this building in the highest regard.”

The house where Ambedkar lived 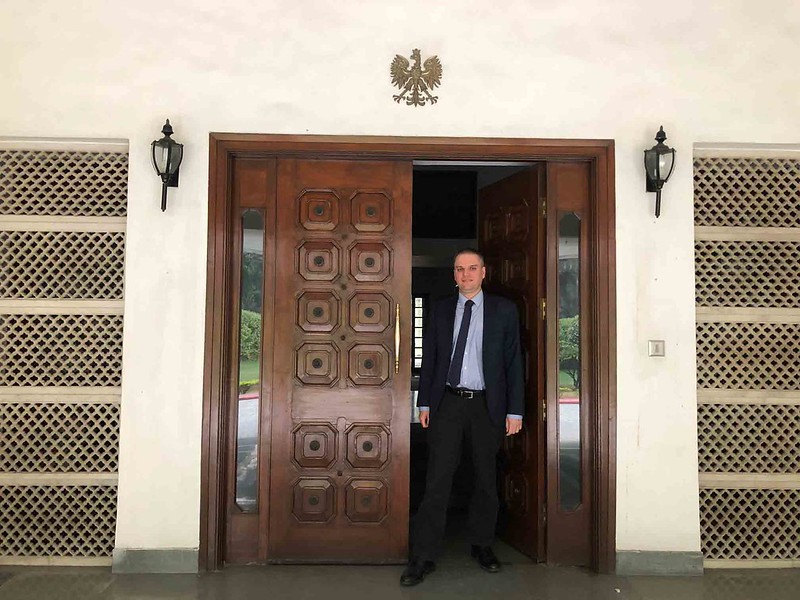 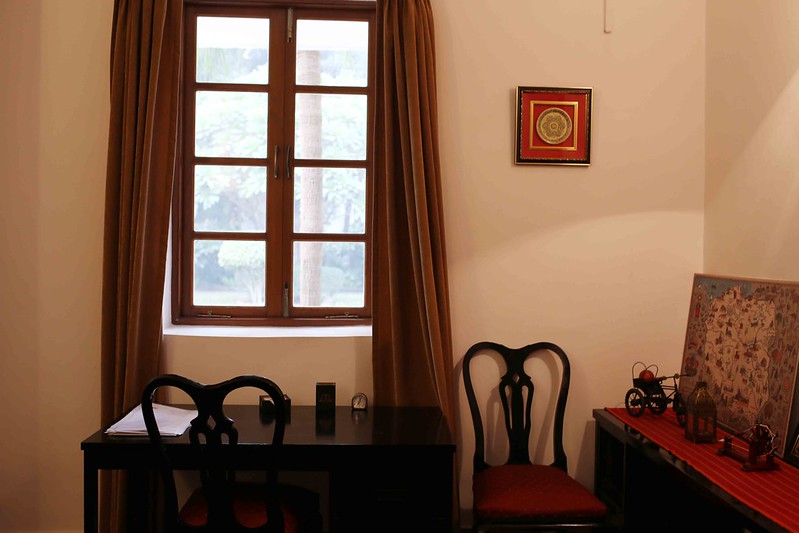 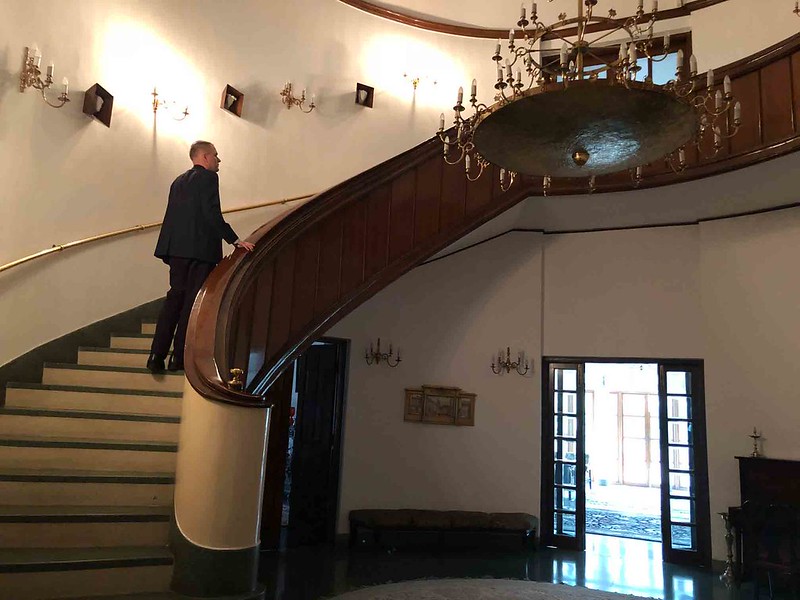 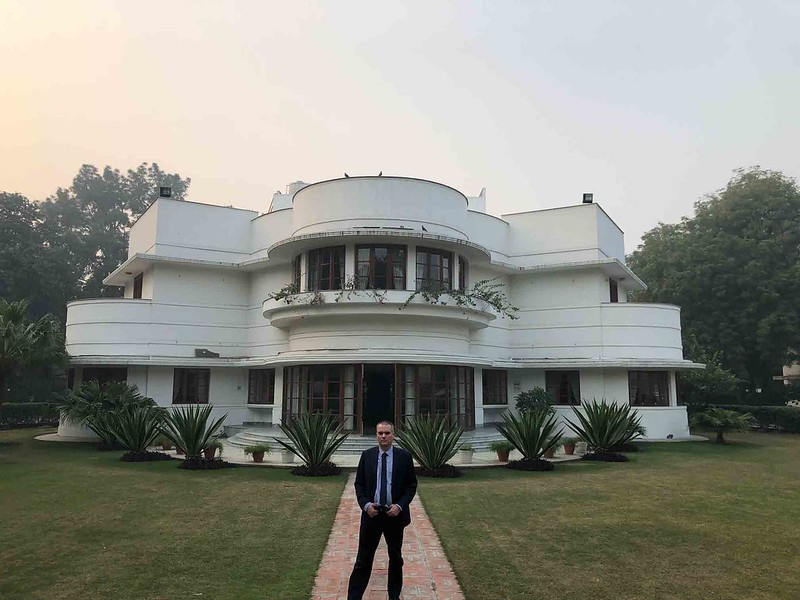 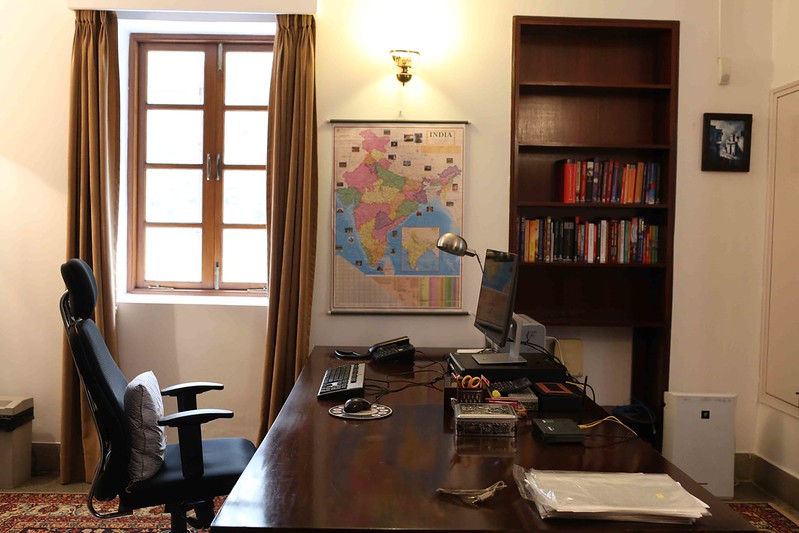 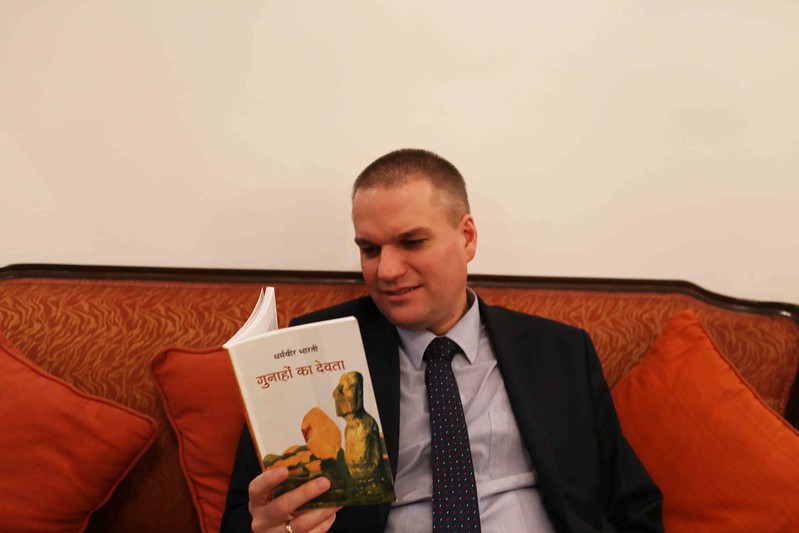 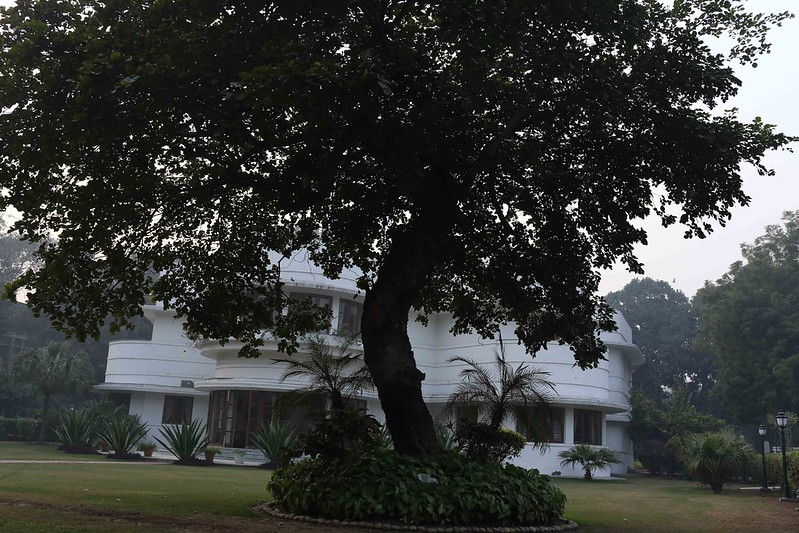 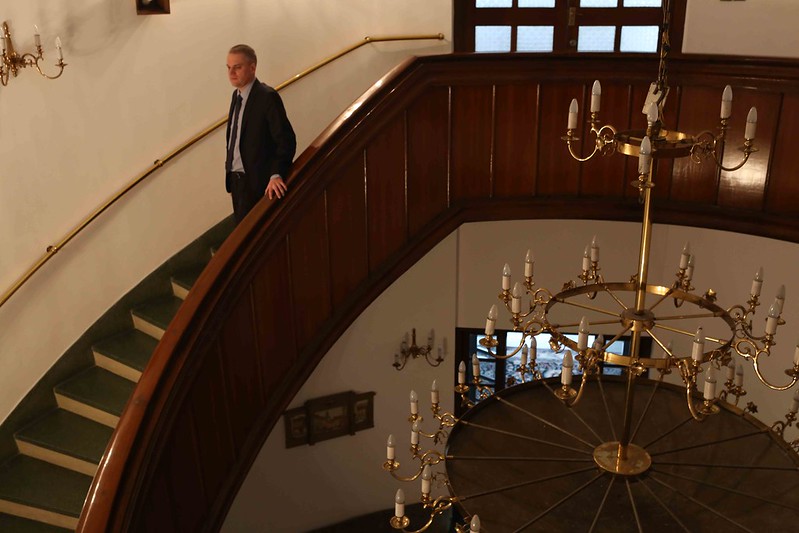 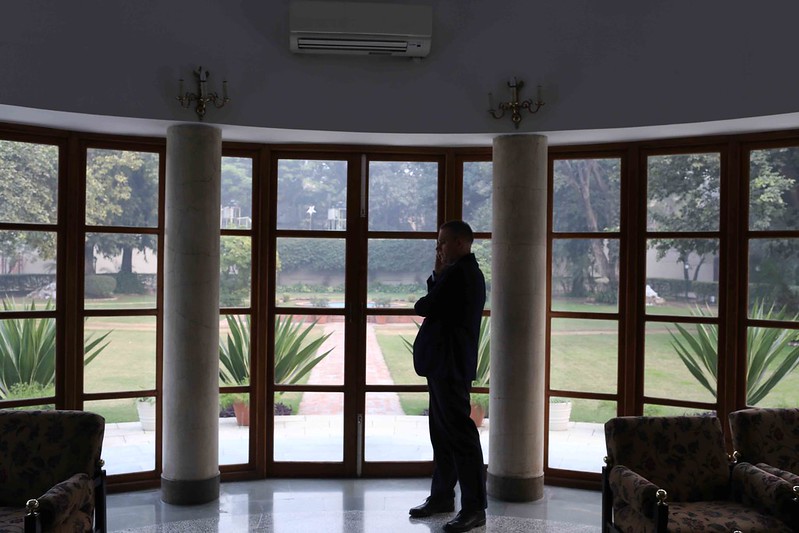 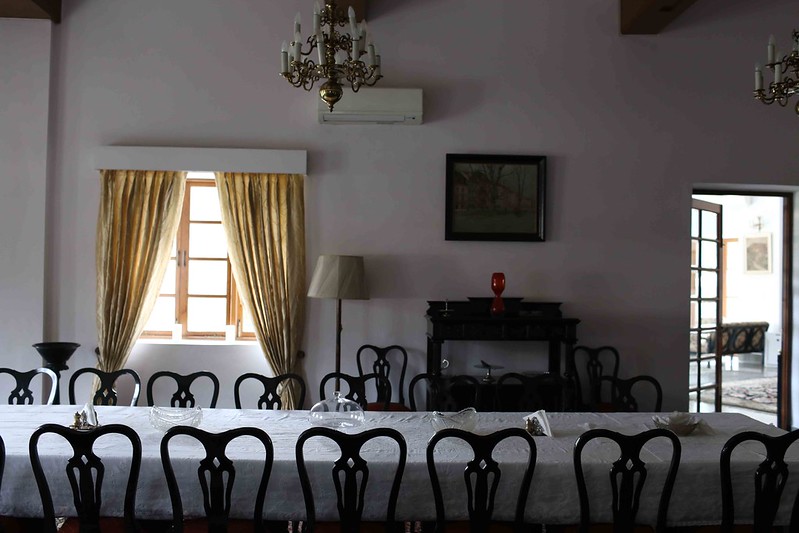 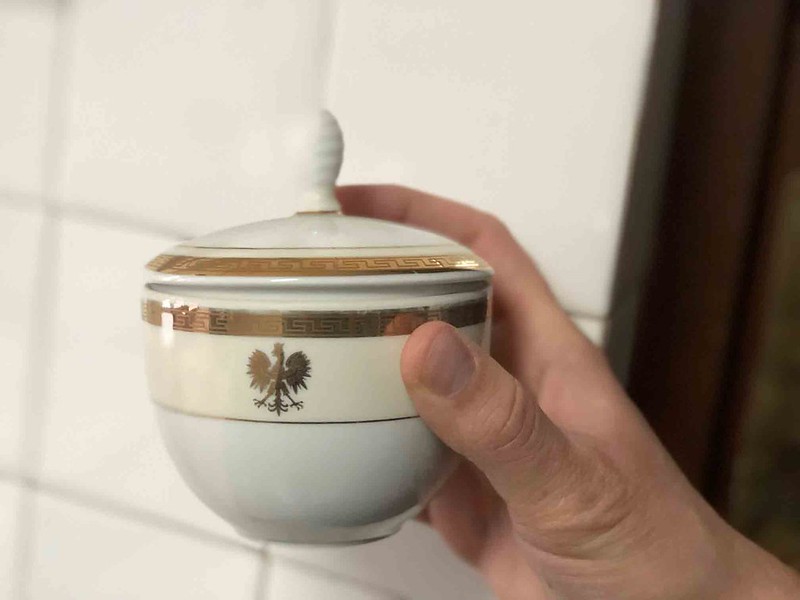 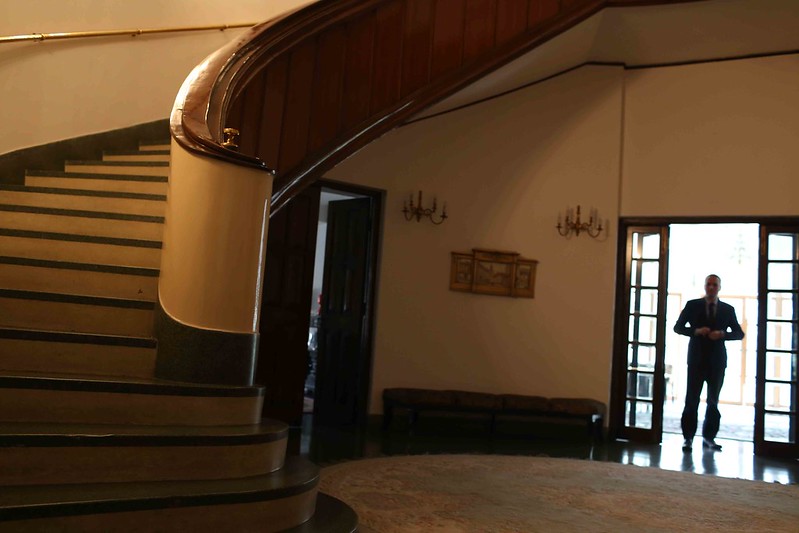 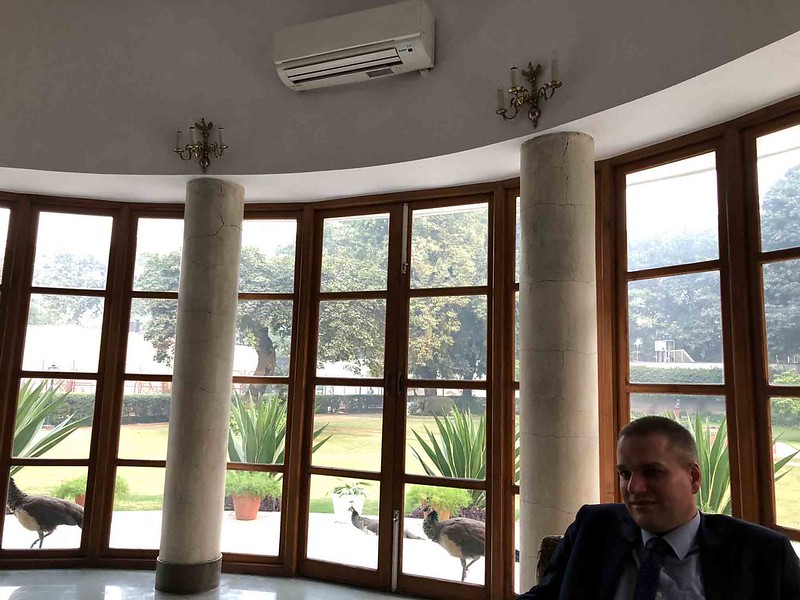 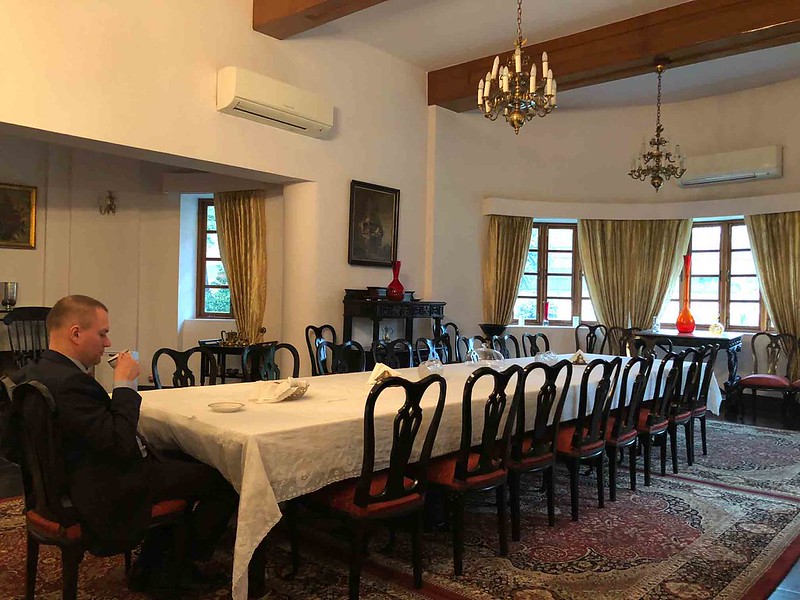