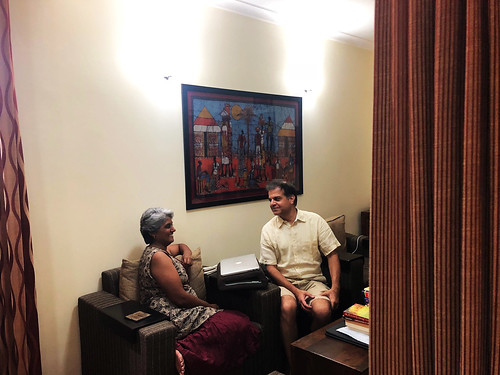 A life of their choosing.

One day, two lovers fond of reading, writing and traveling give up their day-jobs and start living together to read, write and travel.

Meet Usha Alexander and Namit Arora, a twosome with exactly that life. Ms Alexander, 53, and Mr Arora, 50, live with their two air-purifiers in a park-facing apartment near Cyberhub in Gurugram.

Settling down with glasses of red wine in the snug drawing room, the gracious Ms Alexander natters on softly in her barely-perceptible American accent how “We both wanted to pursue a life of writing…”

About 16 years ago, Ms Alexander and Mr Arora were fashioning out corporate careers in California’s Silicon Valley when they first met on the internet. She was working with Apple. He was with Nokia. She was an American born to Indian-origin parents in Idaho. He was a Gwalior boy with a Computer Engineering degree from IIT Kharagpur (Delhi chief minister Arvind Kejriwal was his batch mate). Within two years they both moved together, resolving, among various other things, never to have children. A month later they resigned from their jobs, put up their stuff in a storage and, armed with savings, took a flight to Gurgaon. They rented a flat in the millennium city.

“For the next two years we just travelled through India,” says Mr Arora. The couple went to 110 destinations in 20 states on trains and buses but never on the plane, returning frequently to their Gurugram pad “which we used as our base camp,” explains Ms Alexander. They record their travelogues and photos on the website shunya.net.

By then the couple decided to try out a life in Gurgaon. Not because of the city, to be frank. Perched on the sofa, Ms Alexander muses about “having a front seat view of the astonishing social transformations taking place in India” and of witnessing “the different levels of history playing along simultaneously in the country.”

In between, the couple returned to their corporate jobs in California for some years to fatten their savings after which they came back to Gurugram for good.

To be sure, Mr Arora confesses that India offers no easy life—-their house gets only 30 minutes of water everyday, and suffers, on average, a 3-hour power-cut daily—but “a writer gets to see and feel so much here.”

When not travelling, they spend the entire day at home reading and writing in their book-filled study but “some days we get more writing done”, says one, “and sometimes you end up spending too much time on Facebook,” rues another.

Once or twice a month they board the Metro to meet friends in Delhi or to attend concerts in, say, India Habitat Center.

These days Ms Alexander, whose second book was released two months ago, has finally started to work on a new novel, while Mr Arora—his last book of essays came out a year ago–has already been commissioned to write a book combining travel and history in India.

The couple returned just last week from the hills of Munnar, down south, where they had gone “for a change of scene and to focus and write”. Now Mr Arora is plotting a trip to Nalanda, “not immediately but soon.”

Tomorrow, though, it will again be the usual daily routine. While we will be getting ready to commute to our offices, these two will sit down in their study to read and write. 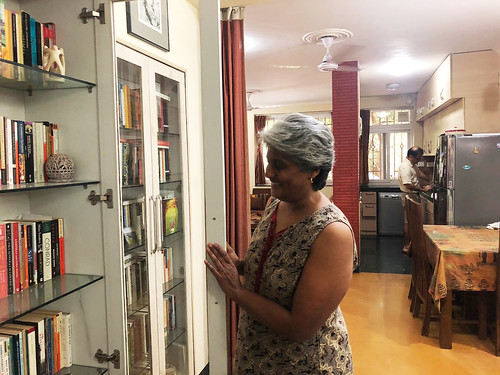 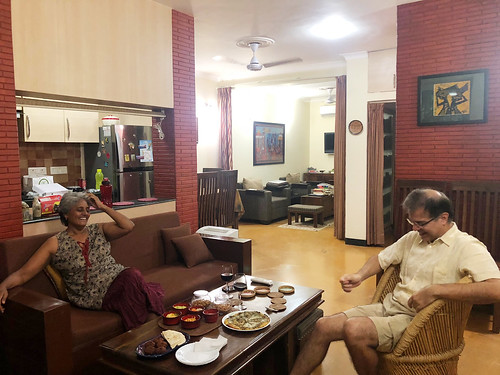 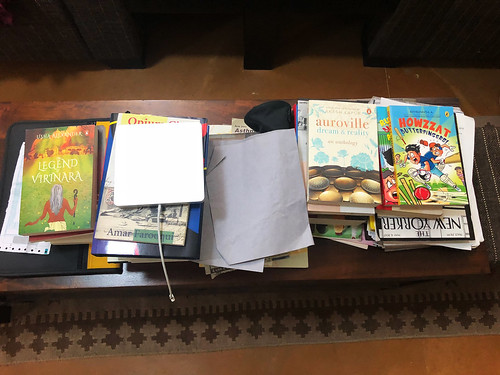 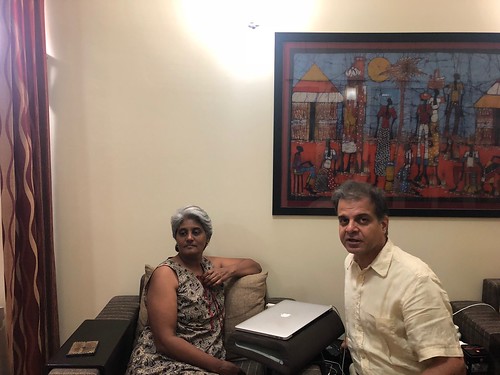