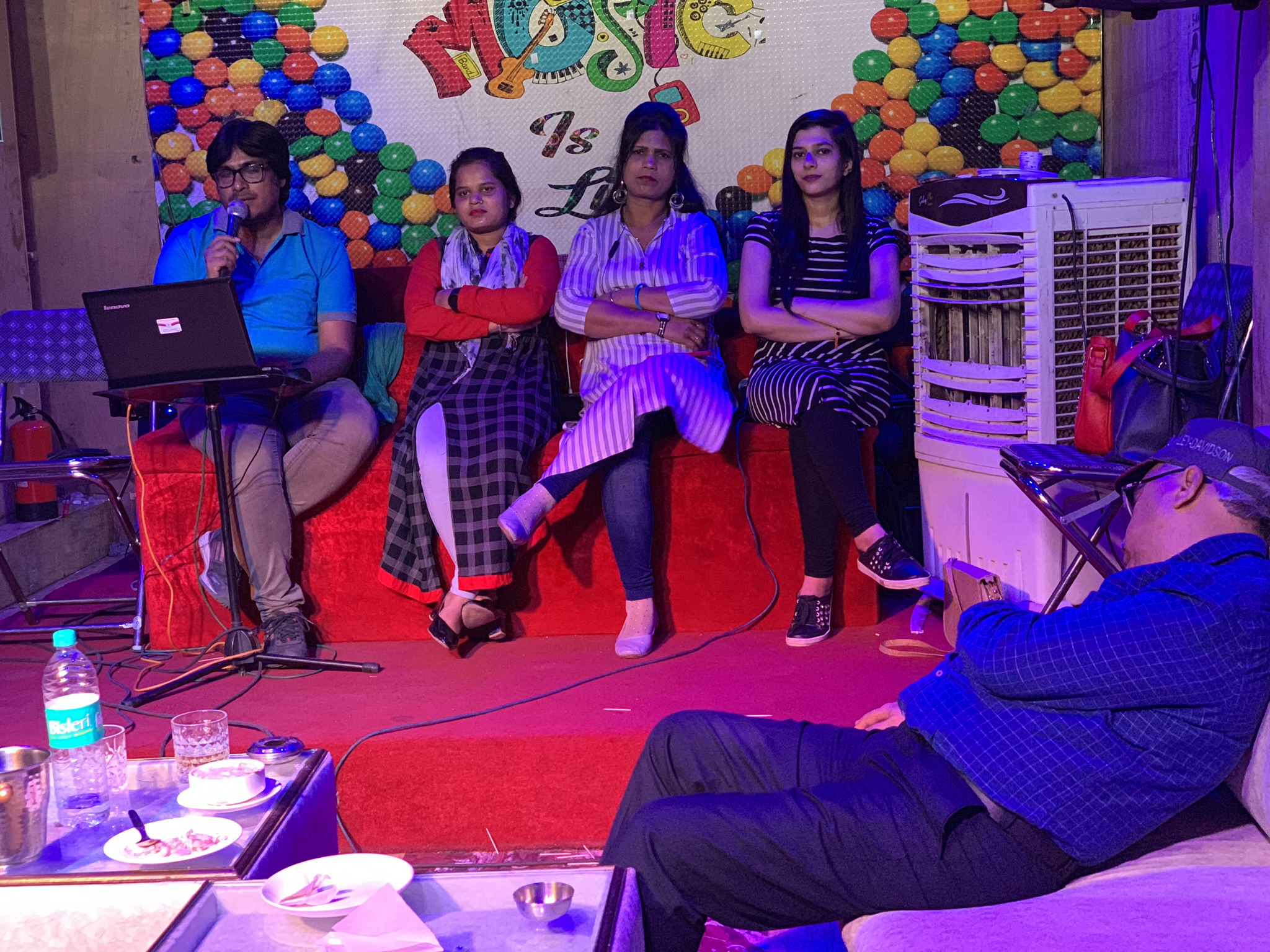 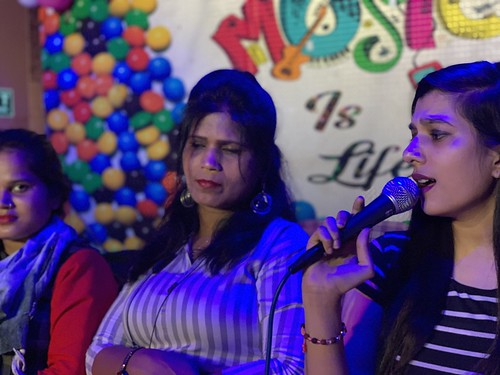 A world inside a world.

So this is Delhi’s hidden Europe. That is, if you believe in the title of a recent Bollywood thriller, Paharganj—The Little Amsterdam of India.

The central Delhi district—especially its Main Bazaar—does hint of travel and adventure. Come here any day and you are sure to stumble into sights you won’t see anywhere else in the sprawling metropolis. Foreigners lounging at footpath tea stalls with their tattered Lonely Planets. Elderly backpackers with perfectly toned figures shopping for stones and gems in curio shops. Hasidic Jews in black hats walking busily in and out of the area’s Chabad House. Eateries playing Om Mani Padme Hum chants. Cows ambling along slowly, looking as thoughtful as IIC intellectuals. And the café folks helping themselves to pastas and parathas, cakes and ginger-lemon-honey tea.

This is the Paharganj we know.

But even several days spent in the Capital’s budget hotel hub might not easily disclose one of its most alluring elements—the live music joints of Paharganj. These dozen-odd places remain open from midday to midnight, but come alive only in the evening, when many of them serenade customers with bands led by male and female artists possessing excellently trained voices. Not just those who enjoy a drink, even teetotallers visit these places to complete the experience of the jigsaw puzzle that is Paharganj. Here are a few of the places that stage music mostly from 8pm to 12am.

A much-loved joint, it caught fire last year but reopened a few months later with a new look. Gone were the green tables but not its staunch loyalists. There is still that railway ticket collector who hangs out here at least once every week when his train, the Goa Sampark Kranti Express, reaches Delhi. There is a wedding card merchant from Old Delhi’s Chawri Bazar. And there’s also that Japanese man—a long-time Delhi resident—who often sits in a corner, killing hours over drinks and a chicken dish. He doesn’t talk to anybody and comes at least once a week.

The artists are more than willing to sing the diners’ beloved Bollywood numbers on request. They usually follow the lyrics from a handwritten pad. One evening this week they were crooning ‘Shayad meri shaadi ka khayal’ song from the 1983 movie Souten.

Come evening and single men carrying helmets and laptop bags start trooping in. Some also arrive in small groups of friends. One recent evening a bunch of artists were singing sad love songs on the stage while an elderly gentleman lay slumped on the front table, his eyes closed, his drinking glass still half-full. It was a melancholic sight infused with a kind of tender loneliness unique only to big cities. Remember to pay compliments to the usher at the door—he is always dressed like a circus clown.

This is a place with heritage value. In its earlier avatar, it was Paharganj’s first such establishment and was known as Chandni Bar _ no relation to the award-winning Hindi film of the same name. Gold is part of a hotel. Inquiries reveal that its first version opened in 1994 but closed down, along with the hotel, in 2008. It reopened under a new name and a new owner in 2012. Today, its clientele chiefly comprises train travellers who walk down with their suitcases and bags from the nearby New Delhi Railway Station.

The dimly lit restaurant has two sections. The first is a long, narrow space with tables on either side. During the day, customers sit here alone or in twos and threes. The second section looks like a banquet hall. It opens after 8pm. There’s a stage for a band, which usually performs slow Hindi film songs, often from filmmaker and lyricist Gulzar’s tearjerkers. Folks recovering from painful breakups must step in at their own risk.

The band performs upstairs, streaming out one romantic song after another. The back table on the first floor is the best place to lounge. If you don’t want to concentrate on the music or are feeling too low, then look out of the glass window at the bright and busy Main Bazar lane with its trinket vendors, tourists and touts. It was closed for renovation but is opening next week.

Sorry, no live music here; mostly English pop playing on the stereo. It most peopled with foreigners staying in the local hotels, though the weekends see many Indians. The best place is a corner table squeezed into a large alcove that keeps you partly hidden. Visit it if you aren’t in a mood to partake of Paharganj’s kitschy underbelly. This is a more formal setting, but flashes of the Paharganj bedlam are visible through the large glass window.

So wildly popular, especially with cashstrapped college students, that it also has outlets in other parts of the city, including the costlier Connaught Place a couple of kilometres away. This is also the only such hang-out in Paharganj where a lot of college-going women feel comfortable enough to come in groups. Sadly, one evening this week it had only men. Unlike most Paharganj joints, this one doesn’t believe in weepy chartbusters. The tracks are fast and pulsating. In fact, the music is so loud that it is impossible to chat with friends around the table. Waiters are often summoned with a whistle. Chilli mushroom is a favourite. Lonely people without company prefer the back tables near the entrance. On Thursday evening this week, a middle-aged man was sitting alone watching sitcom Friends on his mobile phone. 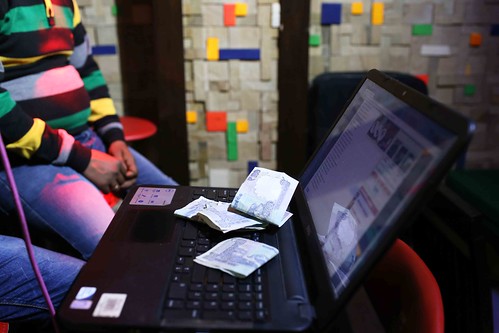 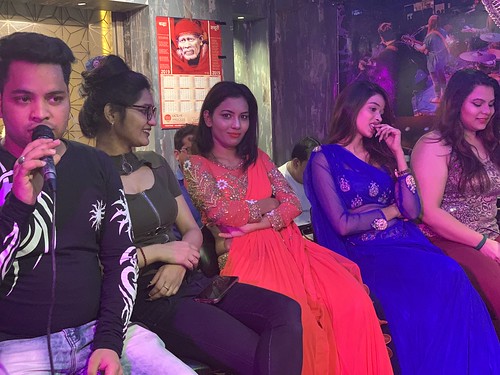 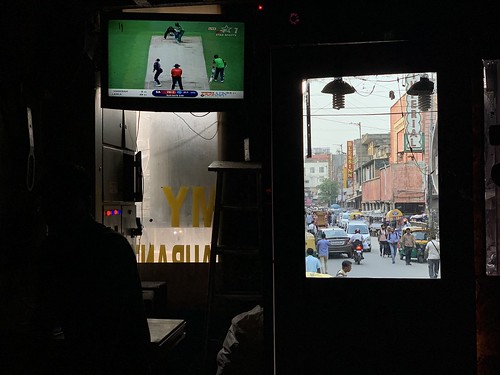 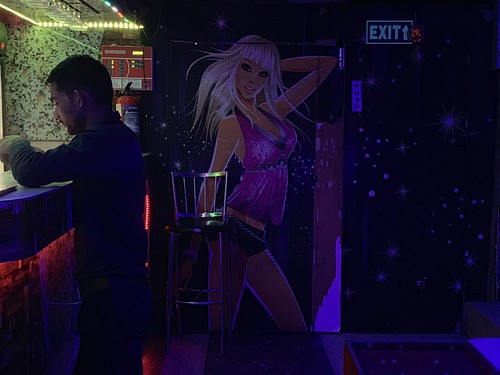 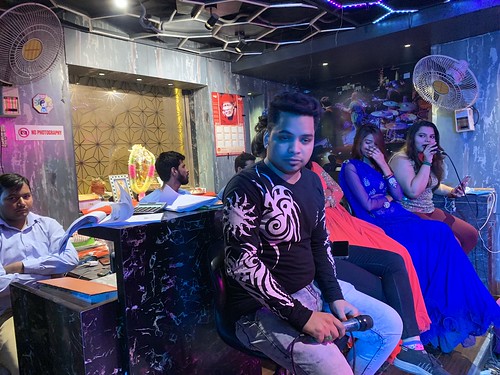 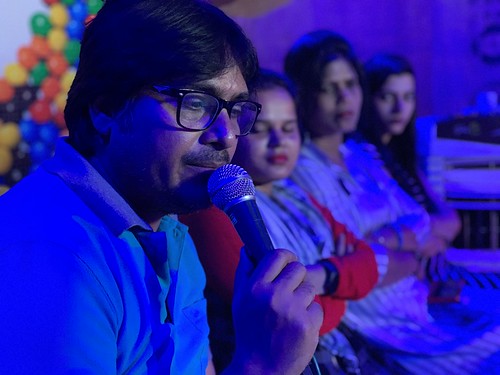 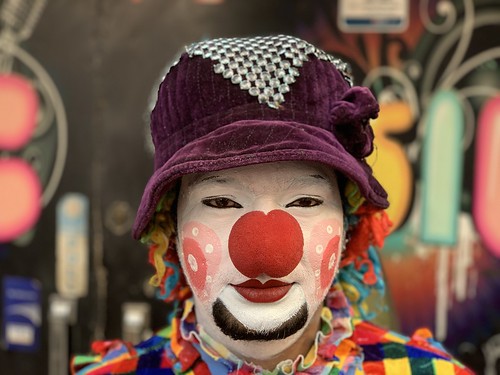 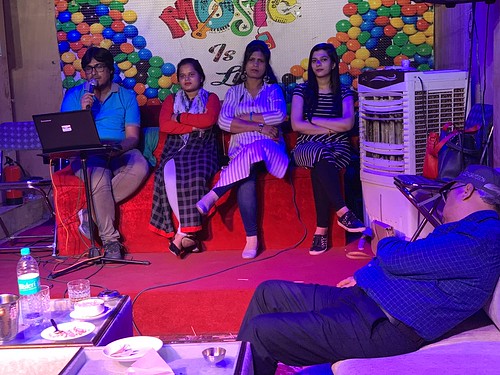