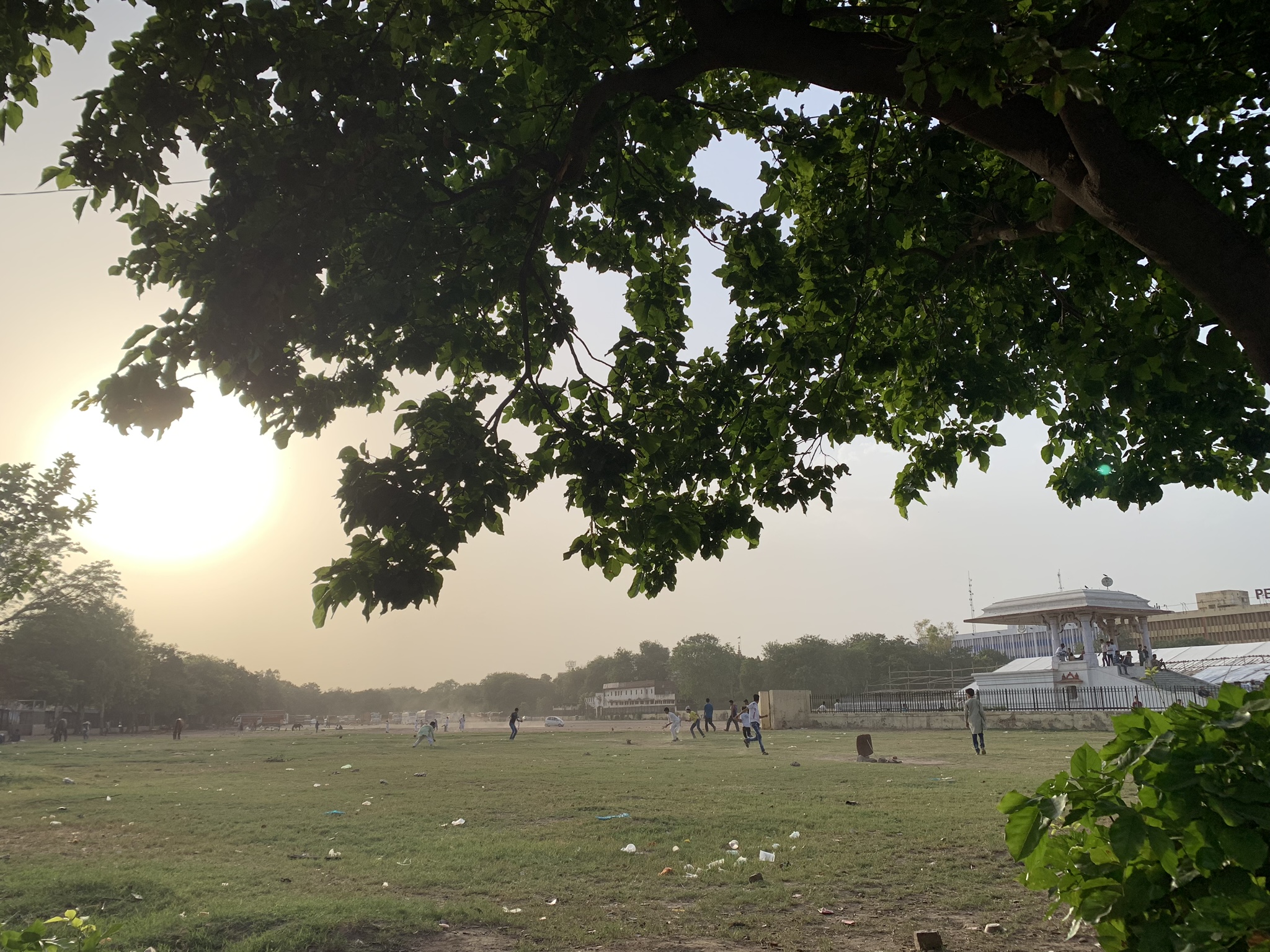 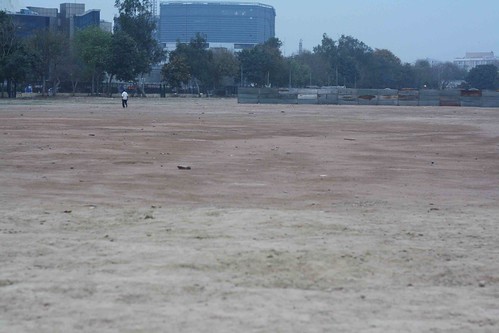 The 2019 general elections are over. The iconic Ramlila Maidan, famous for its rallies, is free to be explored. The last big gathering it hosted was a campaign speech by Prime Minister Narendra Modi. The next big event will be… well, the Ramlila… but that’s some months later.

Now is the time to hang in, and around, this open expanse of land, tucked in the very heart of our claustrophobic metropolis. This morning, there are only a handful of souls in the sprawling ground. A few men are idly lounging in one corner, a dog is running about aimlessly, and a boy is riding a horse or is it a mule?

This is the view from the stage that was commissioned by former prime minister Jawaharlal Nehru in honour of Queen Elizabeth II’s visit in 1961. The rostrum is hemmed in by the central Delhi skyline. The multi-storeyed Dr Shyama Prasad Mukherjee Civic Centre stands tallest.

Back then, there must have been no highrises around the ground. Neither is there any record of whether the English monarch was able to see the Jama Masjid from the stage. Today, you certainly cannot, though the Mughal-era mosque is very close.

It was in this pavilion, in 1975, socialist leader Jayaprakash Narayan asked the police, Armed Forces and government servants to disobey the “immoral orders” of prime minister Indira Gandhi, prompting her to impose Emergency the same night. In 1965, prime minister Lal Bahadur Shastri gave us the slogan Jai Jawan Jai Kisan (hail the soldier, hail the farmer). In 1963, singer Lata Mangeshkar mourned the humiliating debacle of the war with China by singing Ae Mere Watan Ke Logo, which famously moved Prime Minister Nehru to tears in public.

The maidan is sandwiched in a sort of no man’s land that divides the Walled City from British-built New Delhi. Turkman Darwaza, one of the Mughal-era gateways to Old Delhi, is a mere two-minute walk away. It’s hidden from the stage by the Faiz Ilahi Masjid. The white marble mosque, snuggled in one corner of the maidan, was built over a graveyard.

Deep inside the Walled City, in Pahari Imli, there lived an extraordinary man called Mian Naseem Changhezi. A necessary contact for any self-respecting scholar on Delhi, Mr Changhezi died last year. He was more than 100 and had an encyclopedic memory of his early life in the Walled City. “I played football and gilli-danda in the Ramlila Maidan,” he once recalled to this reporter, half-reclining on a bed in his atmospheric verandah. He said that his father told him that initially there used to be a lake outside the Ajmeri Gate called Shahji ka Talaab, and next to it was a vast garden called Shahji ka Baagh. After the failed uprising of 1857, the British filled in the lake. Today, you see Kamla Market over it. They also destroyed the garden. It was later turned into a vast ground to stage the Ramlila, which was previously held on the banks of the Yamuna.

Other folks too have their share of Ramlila Maidan stories. A Walled City dweller called Guddu Bhai, a much-loved raconteur in Chitli Qabar, recalls that the arid Maidan was once covered with grass on which buffaloes would graze at dusk. The cattle belonged to a community of milkmen who lived beside Turkman Gate, later relocated by the administration to south Delhi’s Okhla village in the 1970s.

Nowadays, buffaloes aren’t sighted in the ground but there is a special desk at the adjacent Shri Ram Hanuman temple where you can donate fodder for gaumata, the holy cow. The temple is most remarkable for its resident sage. The friendly Machan Walle Baba resides in a thatched hut built on an elevated wooden platform just inside the temple gate. He has been here for more than 40 years. Barefoot devotees sit piously on the plastic chairs below and look up at the dhoti-clad sadhu who offers bananas and mangoes to them. “Long time ago people from the Purani Dilli mohallas would sleep in the maidan during insufferable summer nights,” Baba says. He says he often walks there in the evening.

The ground has famously hosted historic figures of Indian politics, but also embraces those whose presence barely registers when histories are written. The Maidan’s peripheries are home to rag-pickers, rickshaw pullers and daily-wage labourers, as well as to cheap eateries such as Mukhtar ka Dhaba and toilet facilities like the so-called Latrine Ghar. Currently, two makeshift snack stalls, from Aligarh and Bareilly respectively, stand attached to the Maidan’s metal fence like a limpet. They sell delicious halwa parathas. The establishments briefly surface each year during the countdown to the hajj— chiefly serving the pilgrims congregating at the nearby Hajj Manzil.

While summoning the memories of his boyhood, the late Mr Changhezi recalled the Persian gypsies who would set up their tents at the Maidan for a few months to sell knives and rifles and chickens. The men wore lungis, the women wore long skirts. They would spread out handwoven carpets on the dusty ground upon which they would neatly arrange their knives and rifles. Sometimes the men would exercise and wrestle with each other.

This story seems as remote in time as that morning of 28 January 1961 when Her Majesty, dressed in fur stole and hat, address thousands of us Indians in the Maidan (do see a beautiful photograph of that day on the website of Royal Collection Trust, https://www.rct.uk/collection/2002802/the-queen-addressing-a-crowd-at-ramlila-ground-new-delhi-during-her-visit-to).

The queen was presented with a replica of the Qutub Minar.

Today, it is difficult to imagine Her Majesty waving to the crowds in the Ramila Maidan. It is far easier to relate the ground to the republic’s prime ministers and opposition leaders, to silk-clad gypsies proffering daggers, and to the danda-wielding figure of the late Mr Changhezi. He would make bets on who could hit the gilli over to the furthest distance in the Maidan and, he claimed, he rarely lost.

On a recent sun-soaked evening, the Maidan was deprived of the gilli-danda players of its barely-remembered past. The air, however, was filled with the cries and cusswords of the neighbourhood cricketers. Just like the great city in which it is situated, the Ramlila Maidan, too, has evolved and transmuted through time, while also holding on to the impressions of its earlier selves.

Transformational story of a ground 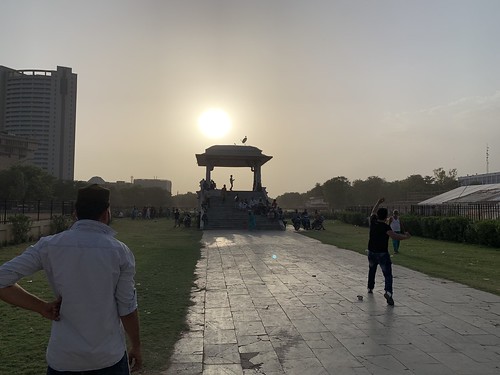 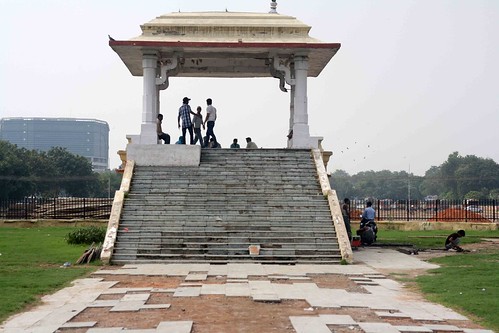 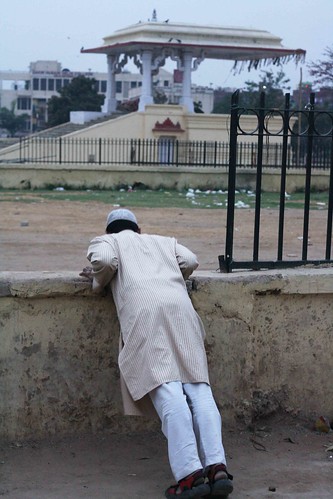 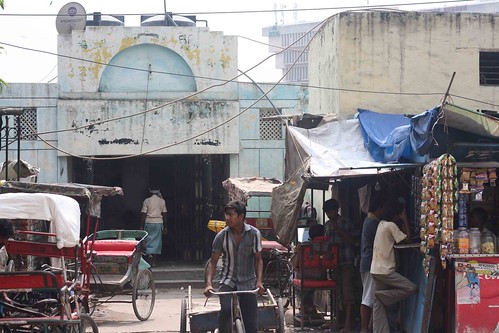 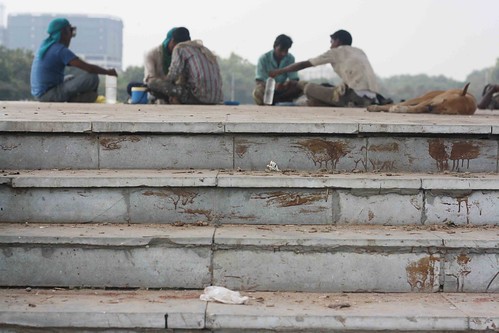 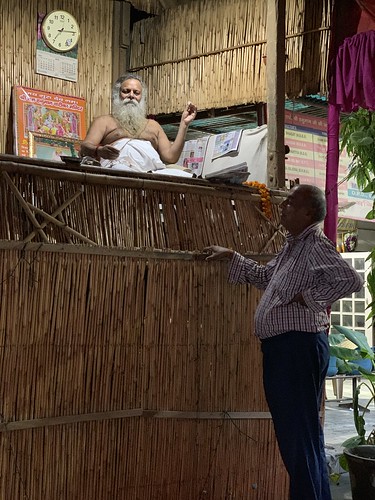 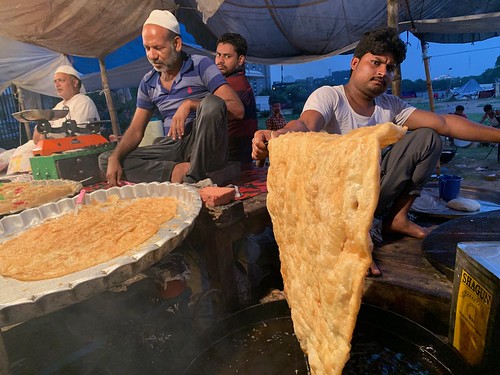 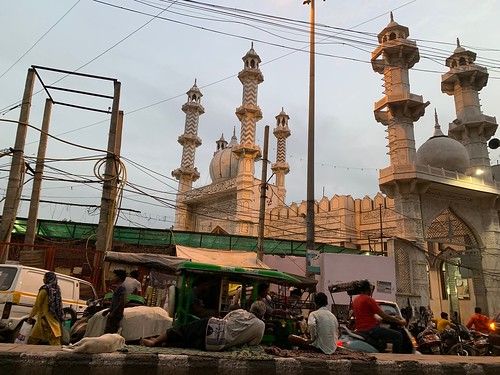 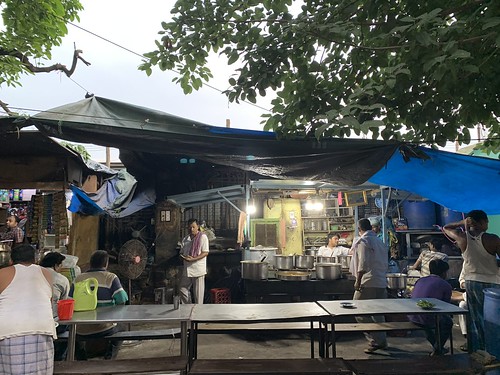 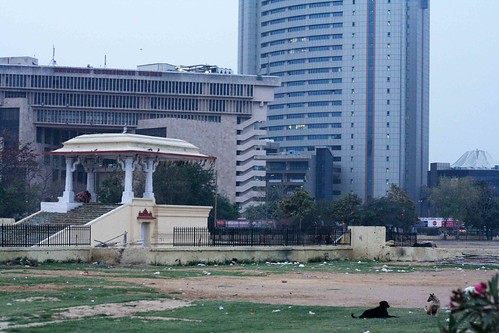 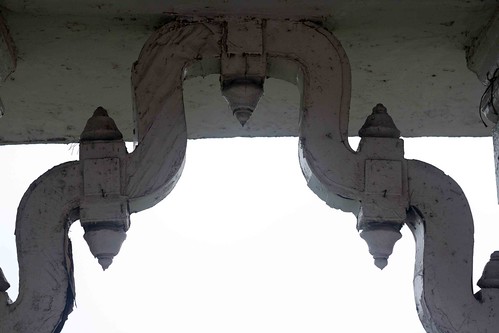 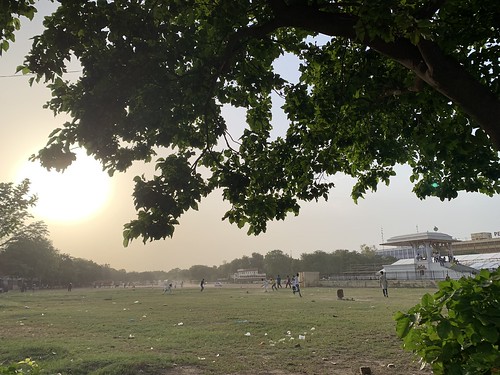