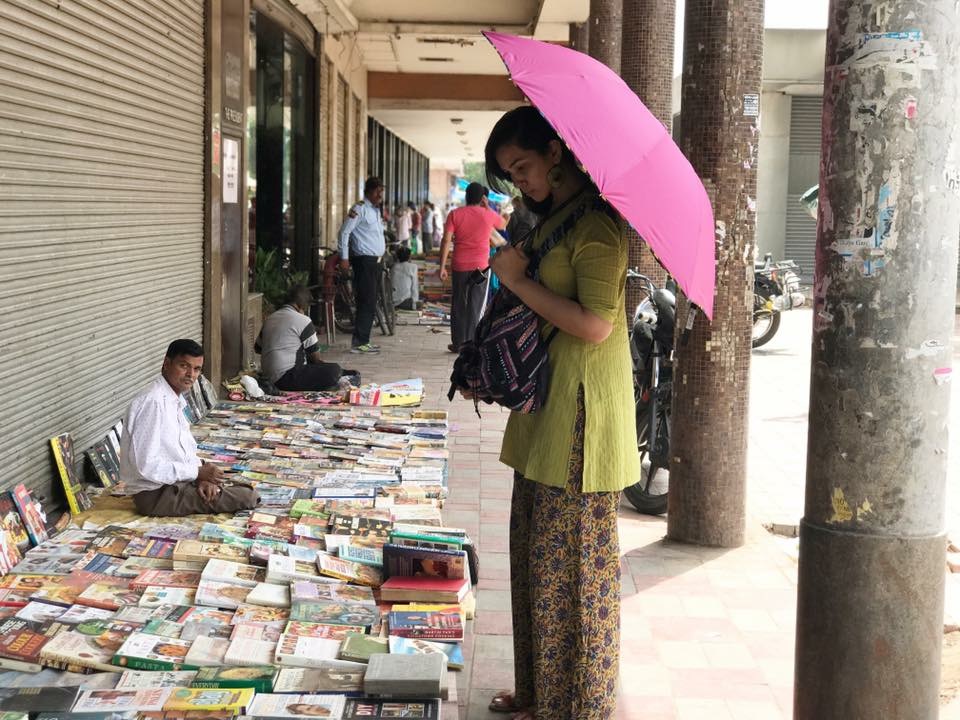 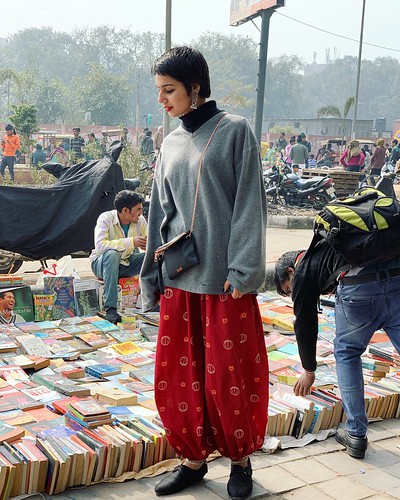 History of a historic hangout.

Yes, it was dusty and crowded, and it was difficult to weave your way through the great mass of sweating people.

But it was one of the most beautiful destinations in Delhi.

It was the Sunday book bazaar in Daryaganj on Netaji Subhash Marg. This mile-long pavement market for second-hand books became history after the Delhi High Court ordered the North Delhi Municipal Council last month to shut down the weekly bazaar, declaring the area a no-hawking zone. The book bazaar was the best place in the capital to unwind on a Sunday. It was unlikely anyone returned home empty handed. Without fail, booklovers would turn up here to browse the thousands of books laid out on the pavements—getting at least one or two books that made one feel happy about the city otherwise notorious for its crime and smog.

One Sunday The Delhi Walla chanced upon the Modern Library hardbound titled John Keats and Percy Bysshe Shelley: Complete Poetical Works. It had yellowing pages and the cover had a strange minty smell. Another Sunday is remembered for finding a hardbound Faber & Faber edition of TS Eliot’s The Waste Land, with every line annotated with handwritten scrawls.

Even raunchy literature would get elevated in Daryaganj. A tattered copy of Sidney Sheldon’s Other Side of Midnight had its opening page inscribed in most beautiful handwriting from one Joan to a Margaret. And then one would come upon books here that one never knew existed but had been looking for all their life.

Once, in 2009, The Delhi Walla found out-of print scholarly books on world movies lying orphaned on the market pavement—they were from the private collection of film critic Amita Malik who had died weeks ago. The book bazaar had its characters, too, and not just among the shopkeepers. There was lawyer Krishna Kumar , for instance. A book bazaar legend, he had been coming to the market since—as he once put it—“donkey’s years”.

Though the market was crammed with all sorts of eclectic titles (such as Mr Darcy’s Dilemmas), you could never find this book— The Definitive History of the Sunday book bazaar. There isn’t any. With around 200 booksellers, there are as many versions of the market’s history. Some say the bazaar was established outside the Red Fort. Others identify the ground zero as the spot below the Lohe Walla Pul—which no longer exists. Some argue the bazaar was founded 30 years ago. One shopkeeper said, “No… actually, in the time of Akbar badshah.” And so on.

After talking to four old-time booksellers (and their sons), a more credible chronicle has emerged.

Fifty years ago, a kabadi bazaar selling used clothes, sandals and furniture was held each Sunday near Jama Masjid in the Walled City. The shops lined both sides of what was once Delhi’s biggest fish market. In 1964, three men gate-crashed into the bazaar, set up stalls next to the Victoria Zenana Hospital (later renamed after Mahatma Gandhi’s wife, Kasturba) and started selling secondhand books.

After five years, the kabadi bazaar was moved to what is called “Red Fort’s backside”. It is unclear who ordered the move: the Delhi Police or the Municipal Corporation of Delhi, or some other government agency. In any case, the handful of booksellers who were present there found it hard to draw customers. The ‘backside’ was not easily accessible by public transport; neither was there water or shade available for respite during sweltering summer afternoons. Within six months, Kuldeep Raj Nanda, one of the three original booksellers of Jama Masjid’s kabadi bazaar, left the place. He set up a Sunday stall just below the Lohe Walla Pul—the pedestrian over-bridge made of iron that was dismantled some years ago—and became the first bookseller of Daryaganj’s weekly book bazaar.

Mr Nanda was soon joined by another bookseller, then another, and another, and one more, and then one more. For six straight days, these men would ride all over the town on their scooters visiting the kabadis—from South Extension to Mehrauli to Malviya Nagar to Safdarjang Hospital’s “backside” to Garhi in Lajpat Nagar, and also “trans-Yamuna” neighbourhoods. Those kabadis would buy used books from households in the city on the “per-kilo basis”. On the seventh day—that would be Sunday—the books would be displayed on that little stretch in Daryaganj.

Initially, a small number of passers-by would notice the stalls and stop to check out the books. Some ended up buying. Gradually, a few of these became regulars. They talked to friends about this row of book stalls, about cheaper rates compared to other such stalls in the city, about the wide range available—from sociology, anthropology, philosophy to fiction, current affairs, childrens’ literature. More people started coming. More booksellers joined. The little stretch extended from the Lohe Walla Pul to Golcha Cinema; then to the Telephone Exchange, near Dilli Gate; then to Broadway Hotel. And finally it stretched out to Delite Cinema’s box office.

And now that stretch is gone.

PS: Surinder Dhawan, one of the market’s best second-hand booksellers, confides that the municipal council is most likely to let the book bazaar operate on the lanes outside the National Bal Bhawan, which is not far from the original location. “Nothing is final though,” he says uncertainly. Touchwood. 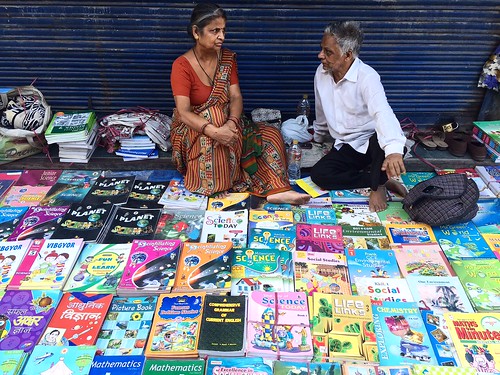 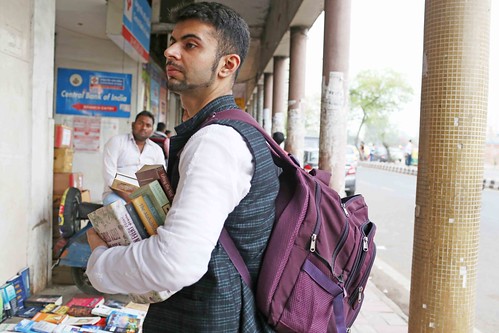 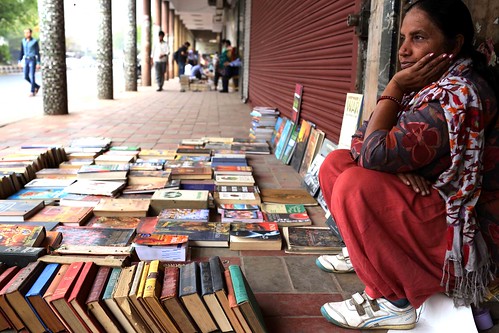 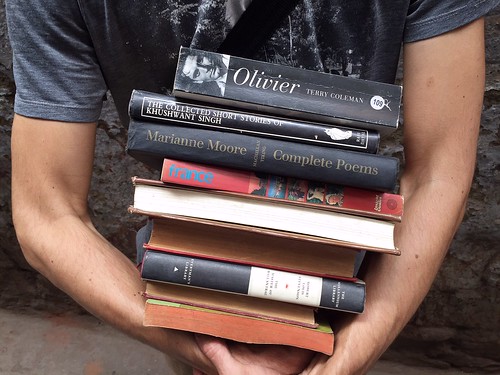 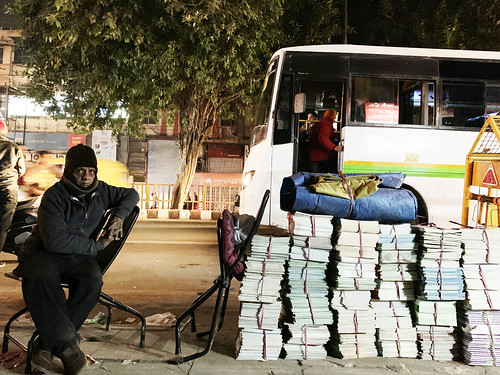 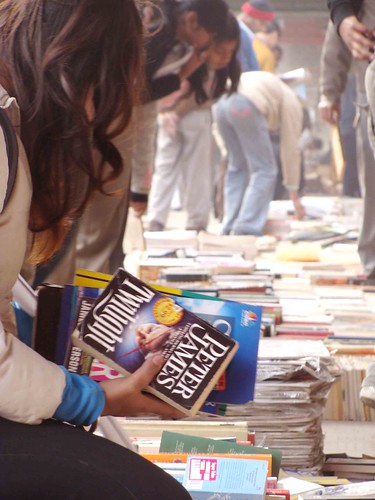 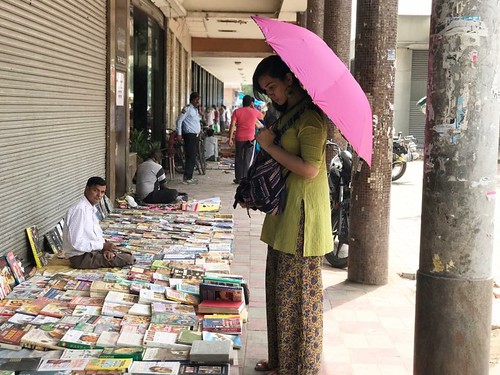 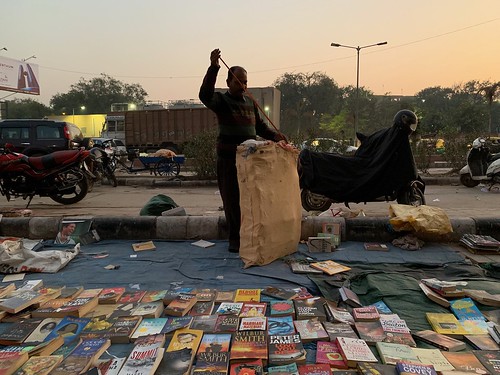