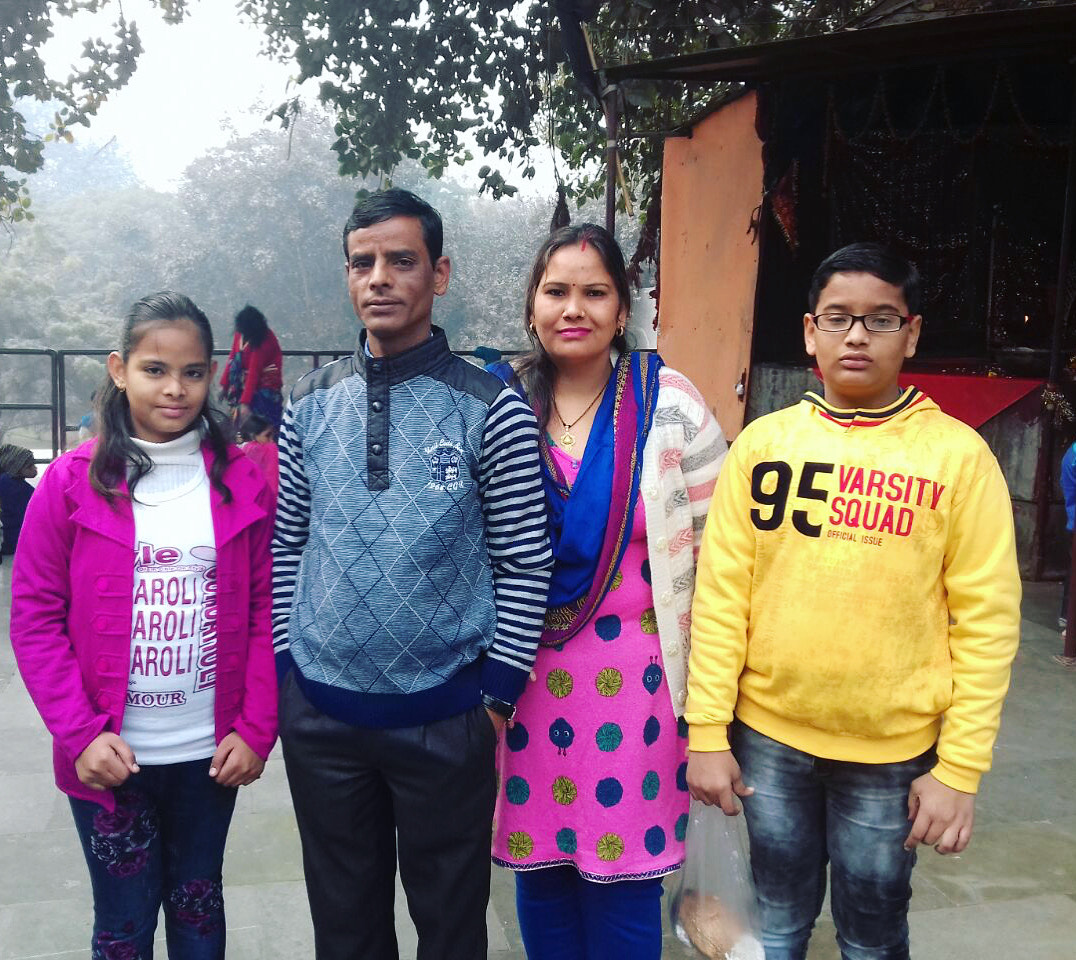 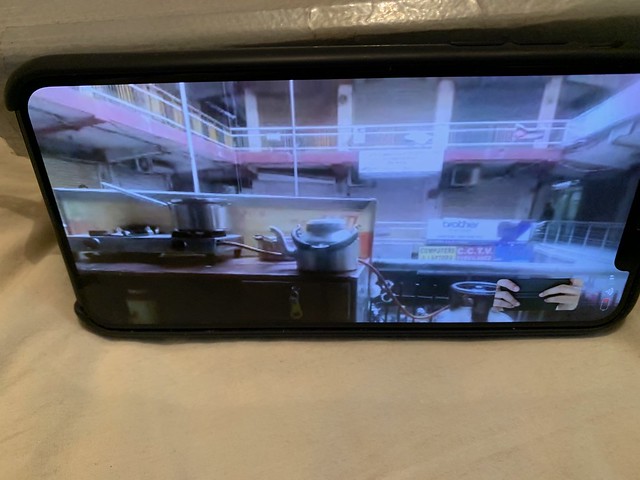 In a crisis, he had no home to turn to.

We move from our small towns and villages to make a new life—and refuge—in cities seemingly full of possibilities such as the Greater Delhi Region with its satellites Noida and Gurgaon. But so many of us end up in a limbo, with no place anywhere to call a home.

Such is also the case with tea stall owner Manbeer Singh Negi. “I realised during the (coronavirus-triggered) lockdown that I no longer belong to my village nor do I belong to this city.”

This late morning Mr Negi, 43, is sitting idle at his stall in Gurgaon’s multi-storey Apna Bazaar complex. His makeshift establishment, comprising of a rickety wooden table, cooking gas range, LPG cylinder, chai kettle and pan is on the first-floor corridor.

“Sab thap ho gaya (all’s jammed up),” he says on WhatsApp video, explaining the aftermath of the lockdown on his life and living. The photos are taken through the phone screen that connects him to The Delhi Walla.

The chai man feels that his regular customers aren’t coming back to him because “they are scared.” He assumes that people feel that the virus might enter their bodies if they drink chai from stalls like his.

Unlike many other folks with the same kind of small businesses, Mr Negi discovered during these difficult months that he doesn’t have the luxury of going back to his native village in the mountains of Uttarakhand. Although his siblings still live there. He confesses he did toy with the idea of at least a temporary return during the first few weeks of the lockdown but soon realised its implausibility.

“My brothers are kind and they might shelter me and my family for 15 days, 20 days, or even a month… but after that they would certainly expect me to leave. They too aren’t rich, they too have their own households to support.”

His parents died decades ago, he observes. The only relationship he has with the village concerns with the infrequent trips to attend weddings or festivals. It takes about 12 hours to reach the village. “I first board the bus from Gurgaon to Rishikesh, then another bus to Tehri, and from there a cab to Sagwan Gaon, my village.”

The little hamlet is in the middle of a woody forest, the chai man informs. “We have cheetahs coming in the vicinity almost daily.” There are big dams nearby, he says with some pride.

And why doesn’t he consider this vast Delhi region where he has been for a lifetime—30 years!—his native place now? Mr Negi had first lived in Delhi’s Karol Bagh before moving on to the Millennium City.

He shrugs his shoulders, and passionately offers a counter-argument as if he were participating in a TV debate show: “My makan-maalik (landlord) can evict me from his property this very evening if he decides so.”

Taking off the white mask from his face to talk “more freely”, Mr Negi regrets his failure in not owning “even just a little room” in the “NCR” (National Capital Region). “I find it unable to save money…. although we don’t spend on anything luxurious.” He pauses and mutters that “maybe if I hadn’t married… then there would have been less expenses.”

Mr Negi lives with his family in a rented room in Lakshmi Vihar near the railway station.
Vigorously nodding his head, he speaks half-jokingly that “Na ghar ka, na ghat ka (I’m neither here nor there).”

A moment later, he intones that he dutifully opens his stall every morning to cater to a handful of customers who still turn up. “Money has to be earned.”

Meanwhile, still no customer. But the day has just begun. Mr Singh will return only in the evening to his family—Urmila Devi, Shivang and Kashish.

In a world where no place is friendly enough to be a home, can’t his wife and children be that elusive home.

Mr Negi looks towards the phone screen in a puzzling manner, apparently unconvinced of such an idea. Suddenly, he shifts the conversation back to his village.

“Most of us are farmers there… these days we all must be busy with the dhaan (paddy) crop.”

Later in the day, he sends a winter-time picture of his family over WhatsApp.

[This is the 324th portrait of Mission Delhi project]

Rootless in both homes 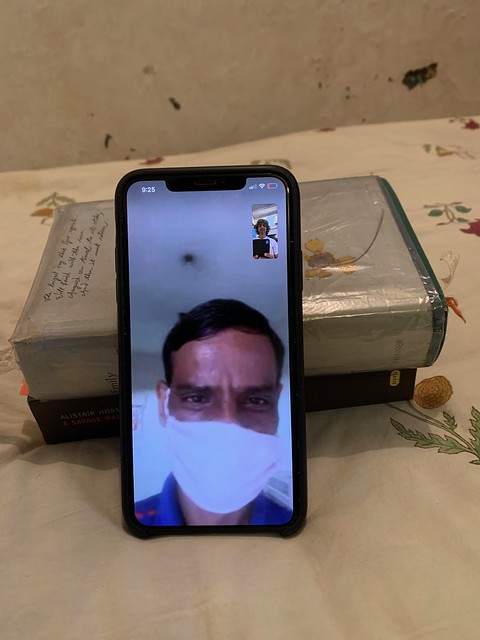 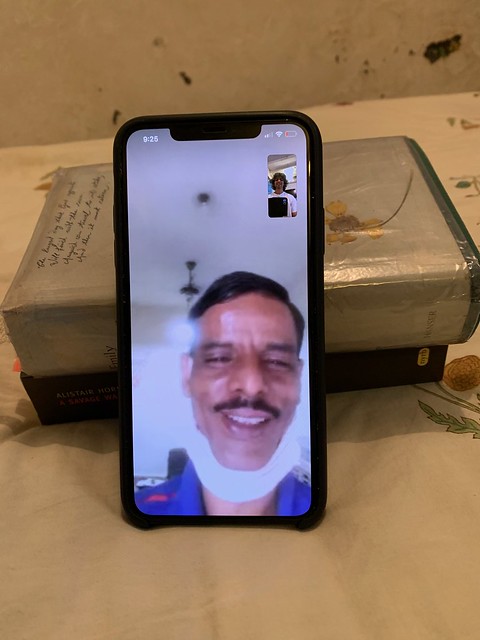 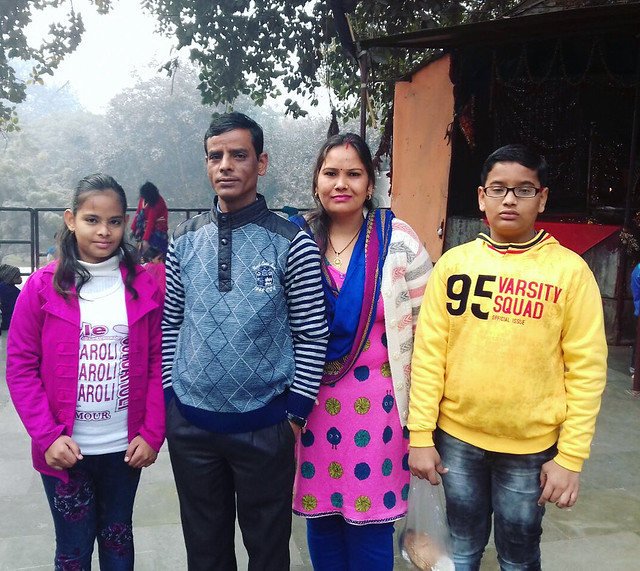