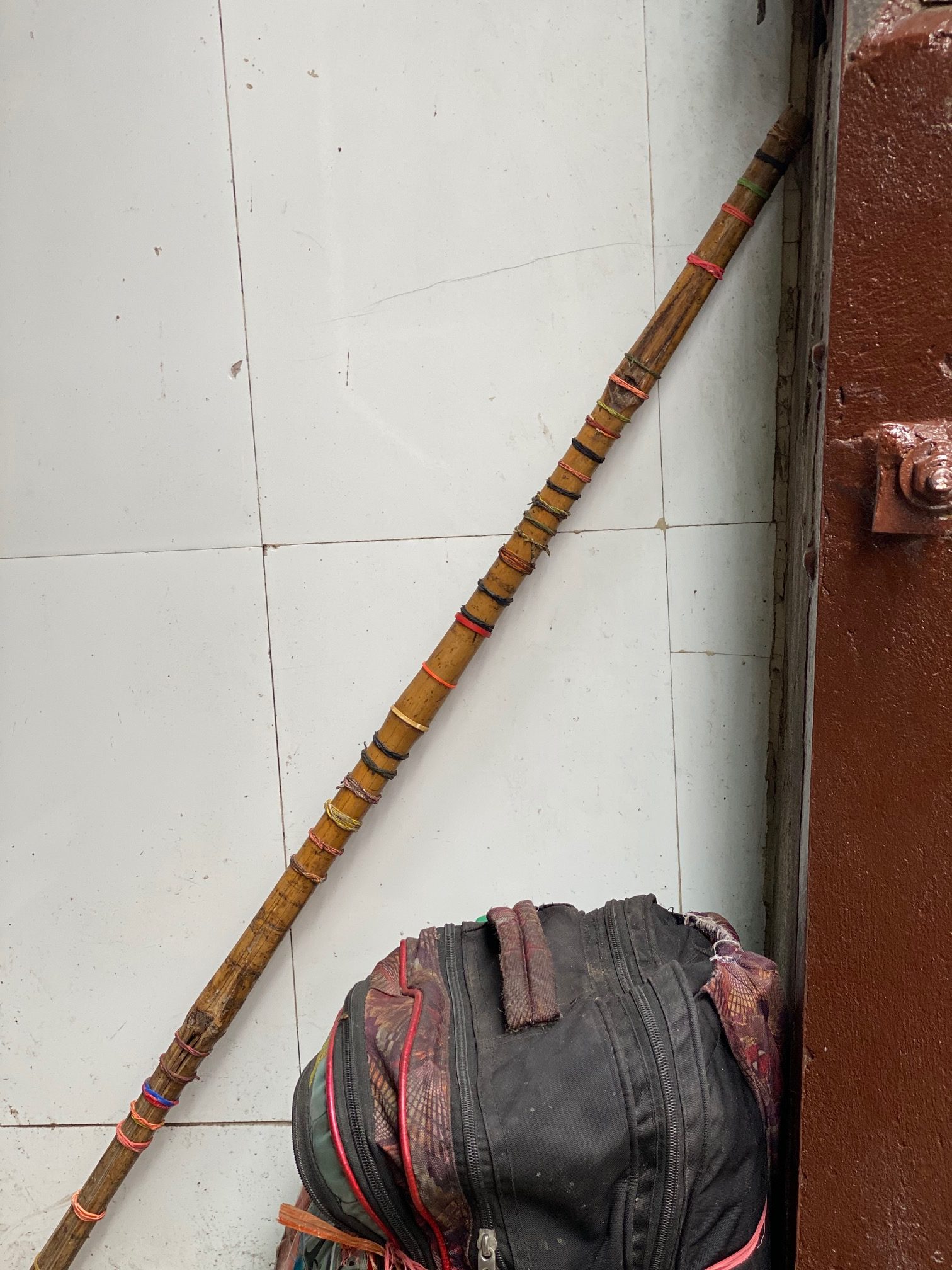 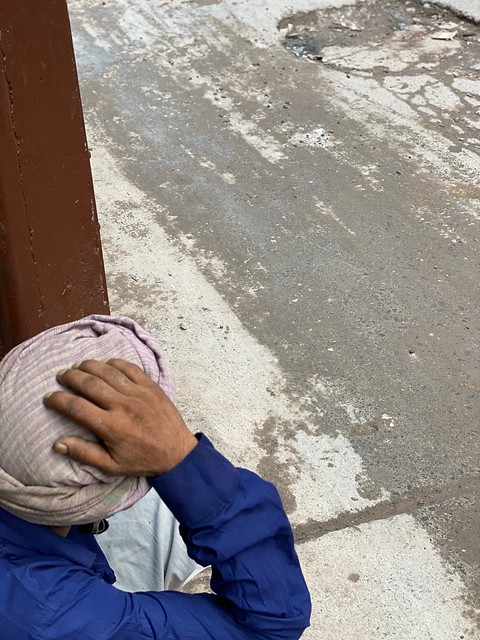 He doesn’t have a house, he says. But he does have possessions.

“I carry them all the time with me,” says Vijay Kumar. This morning he is sitting on the steps of a shuttered shop in a central Delhi market. The lane is still largely empty.

Mr Kumar’s possessions consist of a bag (with a broken strap) and a wooden walking stick. The black bag is crammed with personal stuff, so much so that it is bulging out on all sides like the cheeks of a naughty child holding water in his mouth, and refusing to swallow it down. While the bag’s zip does work, it is still tied with a strap of red plastic.

“This has all my clothes—shirt, pants, kurta, sandals, gamcha and a tauliya (towel).”

He pauses for a while and says, “It has a katori (bowl) and chammach (spoon) too.”

Mr Kumar says matter-of-factly that he is a beggar. “I worked in an eatery until some years ago.”

His only other possession, the walking stick, is covered from top to bottom with a series of colourful rubber bands. “Can’t you see this is for decoration? It looks good this way.”

Mr Kumar acquired the stick about three years ago. But isn’t it true that he is able to walk without any support? He nods lazily. “Yes, but the streets always have more dogs than people, and some of them bark at the very sight of me… I use the danda to keep them away.”

He silently shrugs his shoulders in response to a query on how he landed into his present way of living. While he generously lets himself be clicked, as well as his bag and walking stick, he requests that his face picture be not shared publicly “since I’m a kind of person who doesn’t want publicity.”

“Arre, I forgot to show you my teesra samaan (third possession), which is perhaps the most important,” he comments wryly, showing his bundle of beedis, lying by his sandals, along with a packet of matchbox—the matchbox cover shows a ship. “I have travelled so much but I have never been on a boat… I always walk,” he notes.

Mr Kumar reveals he has been in the city for several years and locates his roots in Bareilly, UP.

“I do have a family but I haven’t been to home for a long time.” He stopped contacting them a few years ago and they too didn’t try to find his whereabouts, he guesses.

Absentmindedly running his hand upon his scraggly gray beard, Mr Kumar says he doesn’t regret being alone. “Sometimes I feel lonely but Dilli is a big city and I always find people like myself… these men have living conditions just like mine, and we sit together and talk of important things.”

By “important things”, he means the weather and places with easy availability of food.

Turning towards his bag and walking stick, Mr Kumar says he doesn’t feel anything for his belongings. “I keep losing the things in my bag… sometimes they are stolen while I’m asleep… but these things are easily replaceable, so there is no nuksan (loss).”

Every night, however, as he settles down to sleep (on the pavement), Mr Kumar does make it a point to remove all the rubber bands from his walking stick. “Because I have collected them over time,” he explains, throwing a hurried glance towards the stick, looking relieved to see it is still there.

[This is the 358th portrait of Mission Delhi project]

A man with possessions 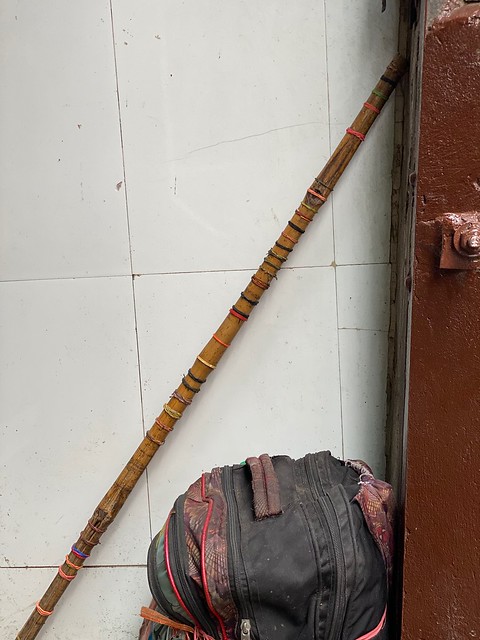 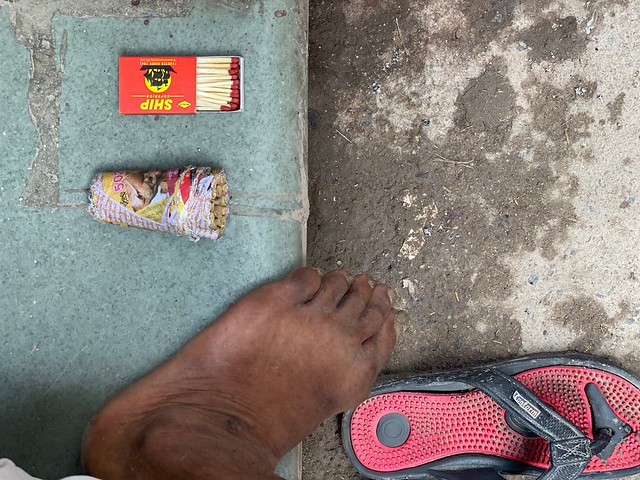