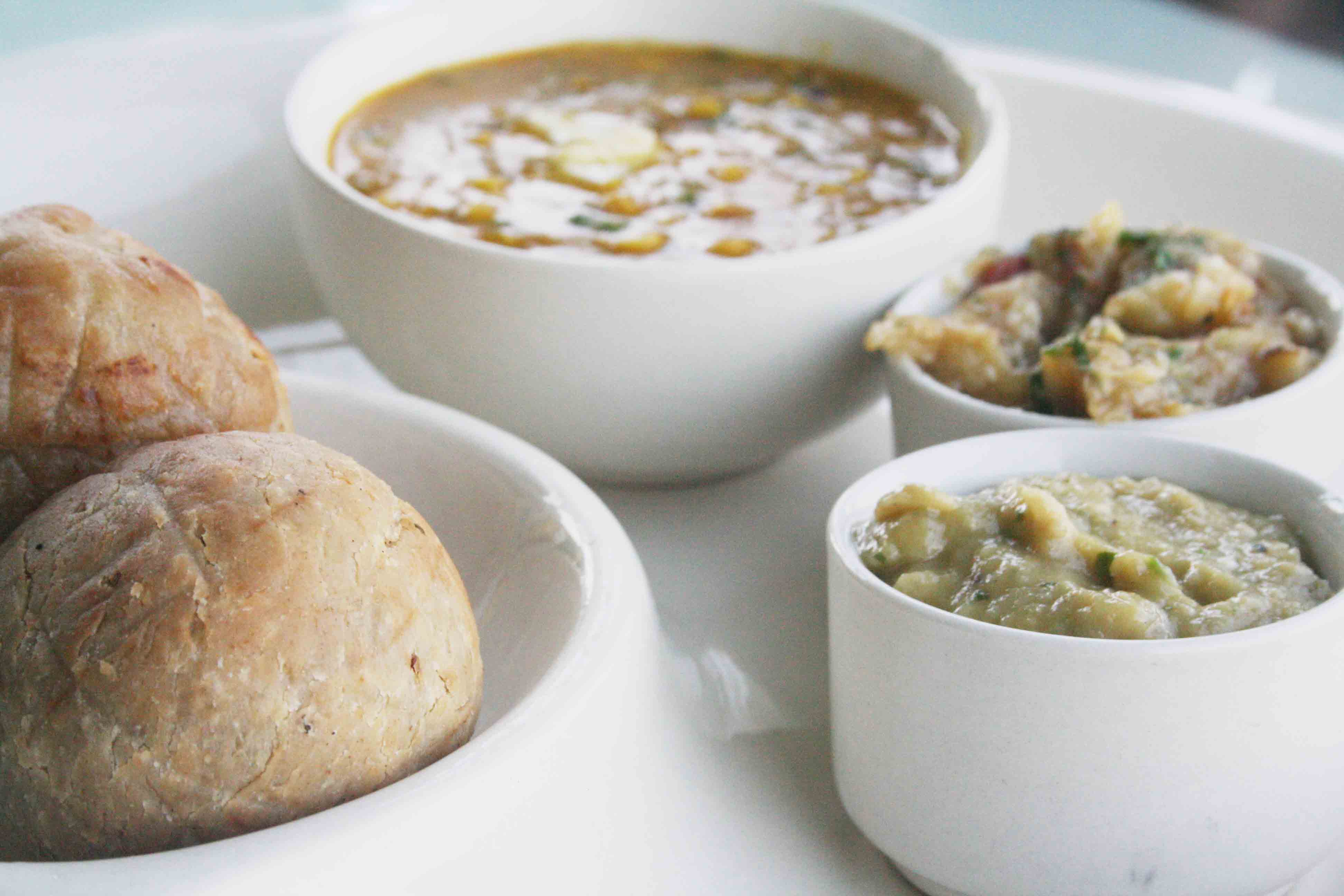 If Bihar were a country, Delhi should be its capital and litti chokha its national dish. The capital is home to a large migrant population from Bihar, but… ‘Just what is litti chokha?’

Smoked brinjal and baked dough. A rustic two-dish combination symbolizes the resurgence of a region that has been vilified for too long as wretched, lawless and corrupt.

Litti chokha began as the food of the poor in what is now known as Bihar, and rarely appears on roadside carts or restaurant menus of big cities. Instead, it has largely remained confined to the home kitchens of Biharis. The Delhi Walla once had home-made litti chokha here.

Litti chokha is soul food for people in Jharkhand and eastern UP too. In villages, peasants make littis by stuffing the staple sattu — roasted gram powder — into thick round balls of atta, which are then baked over goyetha (dried cow-dung patties). In cities, the baking is done in gas tandoors or ovens.

Chokha is prepared by roasting eggplant, boiled potato and tomato over a direct flame till the skin turns black. The vegetables are then peeled, mashed, spiced, mixed with chopped onions, garlic, green chillies and lemon juice, and spiked with raw mustard oil. Those who can afford it have their littis dipped in ghee.

“Litti chokha is a great health food,” says Pushpesh Pant, the Delhi-based author of the voluminous India: Cookbook. “It demands no frying and it has almost every nutrient, including carbohydrates, proteins, vitamins and calcium.”

The streets of Delhi have litti chokha carts but these are difficult to find. One litti landmark is in Mayur Vihar Phase I, opposite the Supreme Enclave apartments, at the entrance of Acharya Niketan market (ask any rickshaw-walla bhayya at the Metro station to take you to “the place where litti chokha is sold”).

Another is, I’m told, on New Delhi railway station’s platform No. 7, the point where most Bihar-bound trains are often pulled in for boarding as they prepare to commence their journey.

There are stalls in the office sectors of Noida, just across the border from Delhi. I have sighted a stall in Sector 57. Cheap, filling and delicious, litti chokha is a great proletarian food. Most clients of that cart are rickshaw-wallahs and drivers. Three sellers sit near the police station in Sector 58.

One cart has been seen outside the Filmistan cinema, near Sadar Bazaar in central Delhi.

The turnaround in Bihar’s image—from corrupt and caste-ridden to development-focused—may help lift its cultural symbols out of obscurity. “If you are not in an economically advantageous position, nobody notices you. Traditions are maintained but only in homes,” says Delhi-based dancer Shovana Narayan, whose parents are from Bihar. “But with the state finally on the path of development, litti chokha may become the emblem of the new Bihari pride.”

The dish is difficult to find in the city’s restaurants. The canteen at Bihar Bhawan in Chanakyapuri makes litti chokha only to order.

You must visit The Pot Belly in 116-C, Shahpur Jat Village (near Coffee Garage, close to Slice of Italy) in south Delhi. The lovely rooftop restaurant specializes in Bihari cuisine, and its litti chokha platter (Rs 190) is magnificent. The presentation inclines towards minimalist philosophy. The accompanying channa daal is extraordinarily comforting.

But, of course, the best litti chokha is still found in homes. Litti chokha gets yet another fan! (photo by Vasantha Angamuthu; in The Pot Belly)