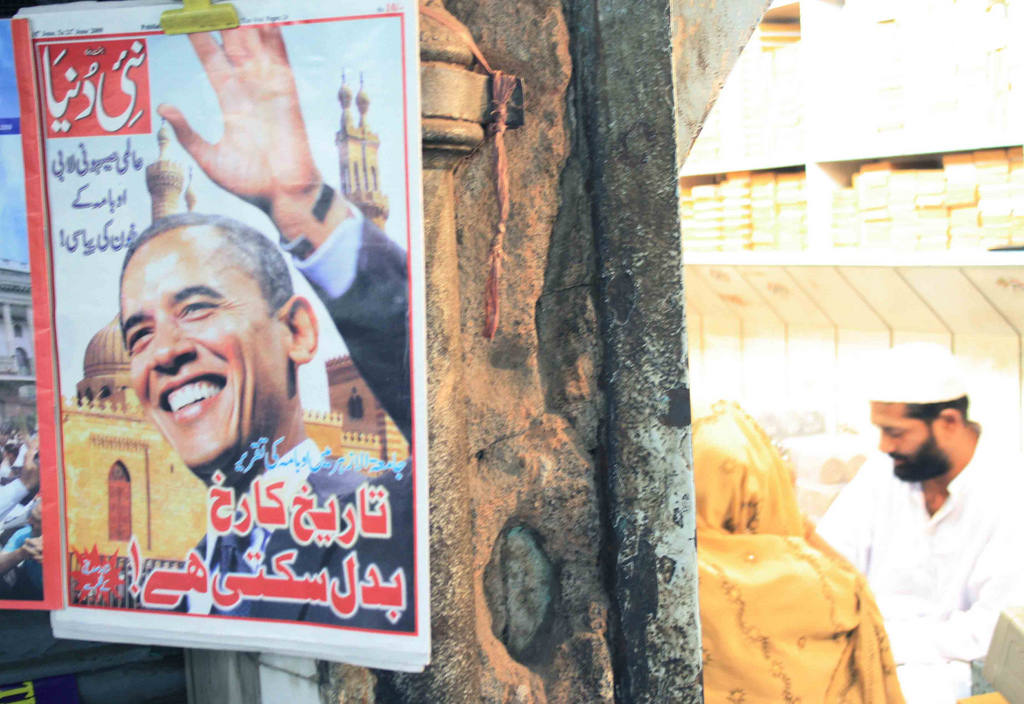 Barack Obama as a Delhi neighbourhood.

In 2009, Barack Hussein Obama took oath as the first black President of USA. In 2012, he was re-elected as the US President.

What if Barack Obama were a neighbourhood or a landmark in Delhi? What would he be? In 2009, The Delhi Walla had put this question to a few Delhiwallas in town.

Siddhartha Basu, TV producer
Barack Obama would be India Habitat Centre. He, like the IHC, is the new kid on the block, unlike the conservative India International Centre.

Samit Basu, novelist
Obama would be Khan Market. Non-Americans like us cannot vote for him but it is still important to be heard talking about him. Just like Khan Market where we can’t buy all that expensive stuff but still go there regularly to be seen. Besides, like the Market, Obama is always going to be ‘in’.

Lesley Esteves, queer activist and travel writer
Barack Obama would be Gurgaon with its gleaming skyscrapers and flashy new malls living beside school violence, widespread police brutality and random crime against motorists; its abysmal lack of cheap and efficient public transport, juxtaposed with a world-class expressway that is seeing an increasing number of fatal speeding accidents; its huge penthouse apartment complexes that have to be protected by platoons of the rudest security guards. A brash newness which looks flashy and impressive from afar, but scratch the surface and you see the many pitfalls of inexperience just below.

Himanshu Verma, art curator
I think Obama will be PVR Saket. The hangout is as wildly popular as Obama. No matter how many multiplexes open in Ghaziabad and Janakpuri, everyone still wants to come here. Besides the crowd here happens to be the liberal young lot, pretty much like his supporters.

Sunil Gupta, photographer
Obama symbolises the fruits of liberal capitalism, and so he would be one of those glittering skyscrapers in Gurgaon. They both are success stories and a phenomenon.

Anjolie Ela Menon, painter
Obama will be Nizamuddin East. This residential neighbourhood is not only about rich businessmen and powerful bureaucrats. Its leafy lines have bungalows that are home to poets, thinkers, writers and painters. Nizamuddin East is cosmopolitan, modern and specked with rich fragments of history, just like Obama.

Shruti Ravindran, journalist
Obama would be Connaught Place. It’s got the complex, shaded history, the UN-blend of racial diversity in the crowds streaming down Janpath, the swanky Ivy League background in its five-star-hotels, the up-to-the-minute cultural insta-popularity in the subterranean buzz of Palika Bazaar, and banners proclaiming all the right causes in Jantar Mantar.

Danish Hussain, theatre actor
Obama ought to be Delhi’s most happening spot, which should be zingy, modern and clearly what tomorrow’s Delhi would look like. Half a decade ago, Gurgaon would have qualified but it disappoints now. Today no area qualifies for an Obama-like appeal. If anything gets my vote then it is the web of Metro that we’re creating across the city.

Sadia Dehlvi, author
Obama would definitely be Nizamuddin. The area, both East and West, represents our diversity at its best. Residents here include people from the mainstream and those living in ghettos. There are scholars, lawyers, artists, writers and politicians. The reality of Barack Hussein’s presidency is the stuff American dreams are made of and Nizamuddin is the stuff Indian dreams are made of.