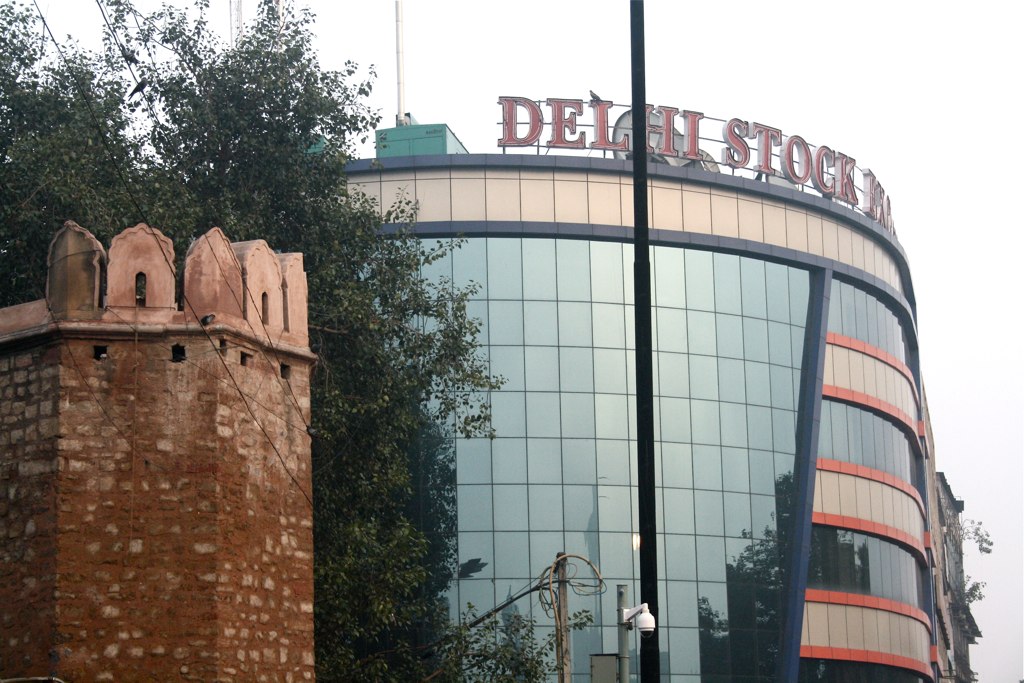 Old Delhi’s greatly diminished boundary wall once had 14 gateways. Each gate was named for the direction it faced, save one.

That gate, named after the Sufi saint Hazrat Shah Turkman Bayabani, is the only one that still throbs to the daily rhythms of its neighbourhood.

The Mughal-era Turkman Gate — one of the four gates that have survived — is flanked by a police post and the multi-storeyed Delhi Stock Exchange. Looking out over the slow-moving autorickshaws, cars and buses, the gateway stands at the border of Old and New Delhi, just like its seemingly identical counterparts in Ajmeri Gate and Dilli Gate. But Ajmeri Gate lies ignored outside the maniacally busy New Delhi railway station, while Dilli Gate has been demoted to a traffic junction.

An elderly shoeshine man and a woman flower-seller set up shop there daily.

To the east lies the tomb of Shah Turkman, dating back to 1240. One of the earliest Muslim ascetics to have settled in Delhi, he was known as bayabani, meaning “the one wishing to live away from the crowd, in a forest”.

Early in the morning, uniformed children stand outside the gateway, ready to board their school bus. Then come the red-capped ear cleaners with their steel needles and cotton swabs — a community of ear cleaners lives in the immediate neighbourhood. There are always news junkies poring over the dailies. The gateway’s resident beggar is a former truck driver who lost his leg in a road accident in West Bengal. He says he found his way to Turkman Gate after being abandoned by his family a decade ago.

The 17th century gateways of Delhi have lately inspired a renowned scenographer and art curator, who is in the early stages of sculpting installations to be mounted around the “brutal glass building” of a new luxury hotel near the airport. “A Purani Dilli darwaza (gateway) is a poetic metaphor, a limited space between the outside and inside,” says Rajeev Sethi in his south Delhi office. “I’m in the process of asking the city’s dastangois (traditional storytellers) to create fantastical stories about these gateways based on which I will design my installations.”

As the day progresses, a cross-section of people pass by Turkman Gate. Salesmen wearing black ties and white shirts stop to take a break from their hectic commutes. Street-food vendors sit there to take a break and have lunch. Every other day, political campaigners arrive to drape cloth banners across the gateway’s arch. An Urdu-language appeal was hung across the gate, asking for donations of clothes and food for the Kashmir flood victims.

The gateway itself barely attracts sightseers. The grilled entrance is always locked. “I open it when a visitor asks to enter,” says the guard.

At night, rickshaw-pullers sleep on the paved floor outside the gateway.

Perhaps no other monument in Delhi so openly embraces people, especially those living in its vicinity. The locals remain largely indifferent to the gate’s architectural highlights, yet they are pulled towards it like vacationers to a beach. An anthropologist can write an insightful treatise on the changing customs of the Walled City simply by hanging out at Turkman Gate.

Indeed, this gate has been a popular subject for writers.

No account of prime minister Indira Gandhi’s Emergency phase, for instance, is complete without a reference to the gateway. This is Patrick French in India: A Portrait: “Standing by Turkman Gate in Delhi’s old city, he (Gandhi’s powerful son Sanjay) told a government official he wanted to be able to see the Jama Masjid, the main mosque. Over a period of six days the command was implemented and… 150,000 shacks were knocked down. The police fired on a group of homeless protesters near Turkman Gate, killing several.”

The gateway is featured unflatteringly in Vikas Swarup’s novel Q&A, which was adapted into the Oscar-winning film Slumdog Millionaire. The young narrator sent to a juvenile home for boys in the Walled City describes its deputy warden as the “Terror of Turkman Gate”, “a short, hairy man who smells of leather and chews paan all day… and calls boys to his room late at night…”

It was while wandering around Turkman Gate in the late 1990s that photographer Dayanita Singh first met the eunuch Mona Ahmad, who became her most famous subject. “Whenever I was passing through Delhi,” Singh later wrote on her website, “I would wander towards Turkman Gate and spend hours lying around in Mona’s room.”

Many Delhi guidebooks written by foreign writers tip readers that Turkman Gate is often mispronounced by auto-rickshaw-wallahs as “Truckman Gate”. Ironically, no truck (not even a car) passes the gateway to enter congested Old Delhi.

While the other three gateways in the Walled City have been reduced to mere historical curiosities, Turkman Gate is a symbolic landmark dividing two vastly dissimilar spaces, of two vastly dissimilar times. Outside the gateway are the broad avenues and office buildings of modern Delhi. Inside lies a web of alleyways, butcher shops, tombs, and so many obscure historical buildings that in September 2014 the Indian National Trust for Art and Cultural Heritage wrote to the Delhi government’s urban development department proposing the names of 554 sites in the Walled City be included in the list of heritage sites.

Originally, the thoroughfare passed through, and not beside, each gateway. Speaking of the role these entry points played in Mughal times, 104-year-old scholar Mian Naseem Changhezi, who lives in Old Delhi’s Pahari Imli, says: “There were police chowkis at every gateway. The constables were called nigeban and they stood alert with ballan (wooden batons) and swords. The gates were closed every evening after the maghreeb prayers. The walls were raised not to keep out invading armies from Delhi but robbers who lurked in the forests outside. Dacoits frequently murdered travellers, throwing their bodies into the canal that came out of Ajmeri Gate.”

The fourth surviving Old Delhi gateway popular with writers is in the north. During the siege of Delhi in the 1857 Sepoy Mutiny, the British mounted the final assault at Kashmere Gate. A stone plaque celebrates the fallen men who crushed what we Indians describe as the first war of independence.

“As a historian of visual culture, I thought it was interesting how Kashmere Gate went from being a functional urban facility (pre-1857) to being revered as a site of British martyrdom and valour (post-1857),” says Mrinalini Rajagopalan, assistant professor at the University of Pittsburgh, US, who co-authored an essay on the gateway in the book Colonial Frames, Nationalist Histories: Imperial Legacies, Architecture And Modernity, on email. “I also found it fascinating that the continual reproduction of images of Kashmere Gate in England made it so intimately familiar to audiences who had never been to India. On a more troubling note, though, like so many other monuments in Delhi, there hasn’t been an attempt to correct this heavily biased and colonial memorialization of Kashmere Gate in the post-colonial period. So the plaque ‘commemorating’ the soldiers who made the breach in the gate still stands — and there is no interpretation of this as an inherently colonial narrative of imperial conquest.”

Sharing his colonial-era memories of Turkman Gate, all that the white-haired Mr Changezi remembers is its giant wooden doors.

They are no longer there.

Walking by Turkman Gate on a recent evening, The Delhi Walla found the shoeshine man absent. “His son fell down from the roof,” said his friend, the resident beggar. “So he has rushed to his village.”

The sun had set. A dozen men were sitting along the gateway’s barricade. They were facing the road leading to Connaught Place. These Walled City people, like Turkman Gate, too seemed to be looking towards New Delhi.