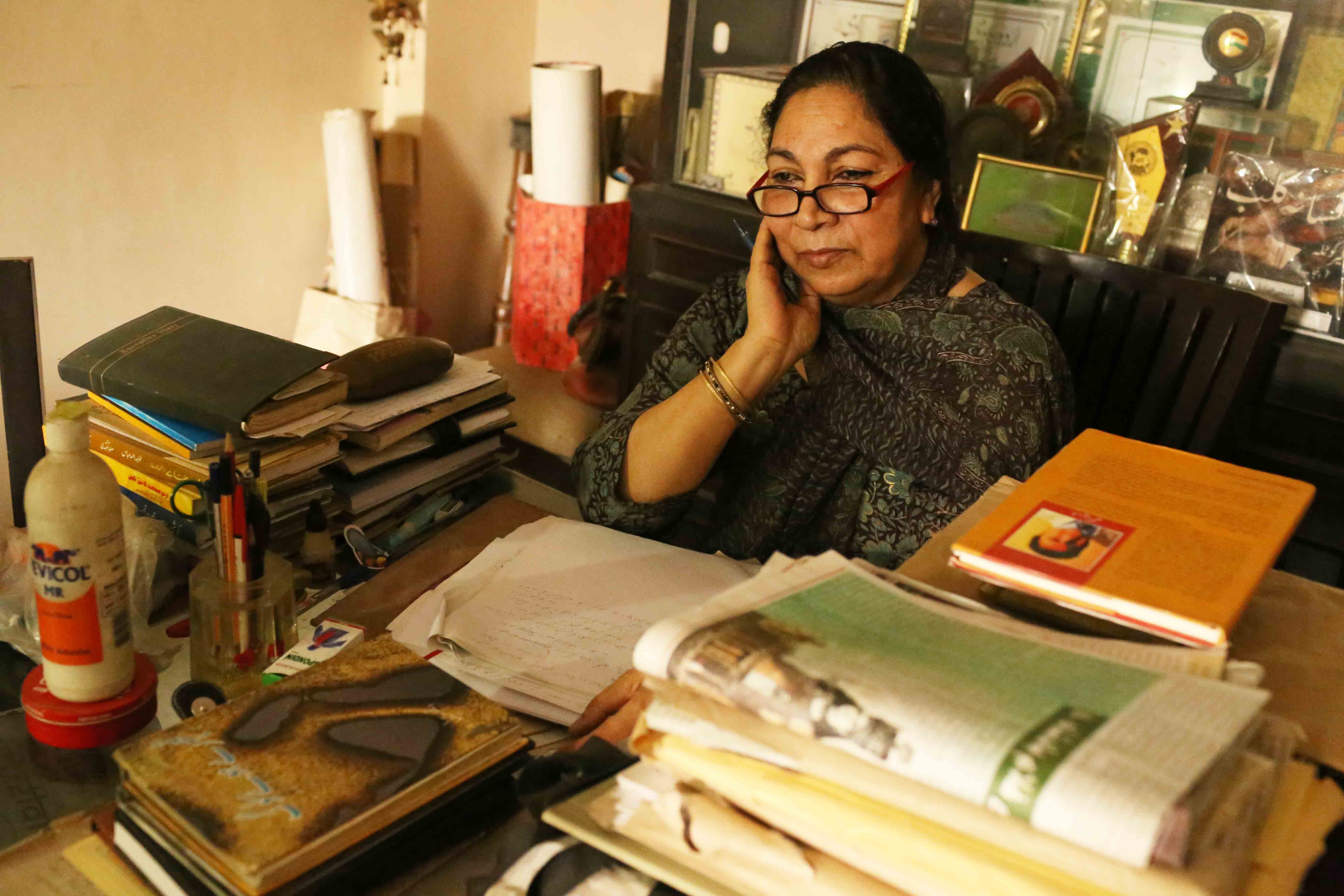 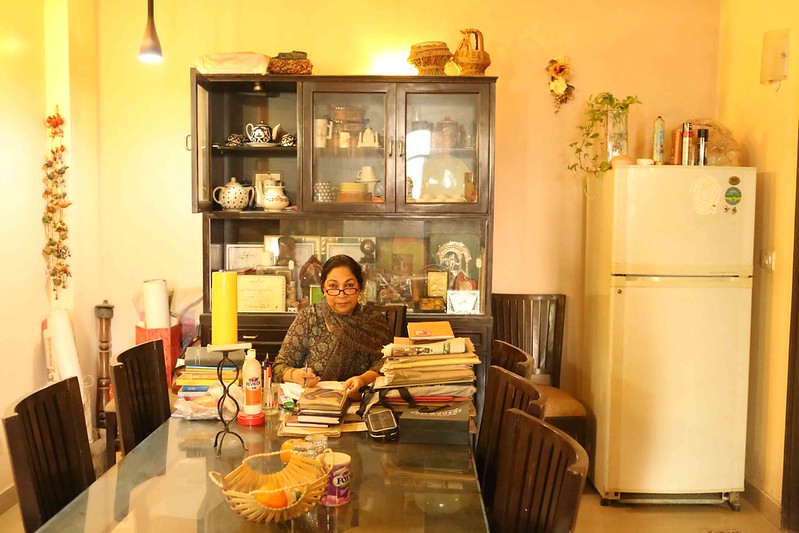 An English newspaper reader is more likely to have heard of Upamanyu Chatterjee (who lives in Nizamuddin East) or Aatish Taseer (near Lodi Garden) than Khalid Jawed (Okhla) or Anjum Usmani (Lodi Colony).

To get a sense of Delhi’s Urdu literary landscape, The Delhi Walla has mapped 20 writers, detailing where they came from, where they live now, and what their day jobs are. Being Urdu-illiterate, I took the help of author Rakhshanda Jalil and Urdu website Rekhta.org founder Sanjiv Saraf in selecting the writers.

While these men and women are not the only ones being published in that language, their brief profiles give a sense of the scene in Delhi, or—as Urdu-speakers would have it—Dehli. (Note: This piece was written in 2015).

1. ANEES MIRZA
Mystery-story writer
Born in 1947 in Old Delhi, he is the creator of detective heroes Karnal Zahid and Captain Jawed. His latest novel is Aag Ka Beta (2014). “I write everywhere, including in friends’ drawing rooms. One murder mystery was set in the house of a friend in (Old Delhi’s) Pahari Imli.” A stylish man, Mr Mirza wears a beret even at home. He retired as a proofreader from a small publishing house in Daryaganj, and lives in the Chandni Mahal area.

2. ANJUM USMANI
Short-story writer
Born in 1952 in Deoband, Uttar Pradesh (UP), home to the famous Islamic seminary, Mr Usmani is devoted to the Muslim culture of western UP. His most recent book is Kahin Kuch Kho Gaya Hai (2010). “I am the only graduate of Darul Uloom Deoband to have enrolled in Pune’s Film and Television Institute of India.” He retired as a Doordarshan assistant station director and lives in a Lodi Colony government apartment allotted to his wife.

4. GHAZANFAR ALI
Novelist, short-story writer, poet
Born in 1953 in Gopalganj, Bihar, his latest poetry collection, Ankh Mein Luknat, was published in February. Mr Ali takes his morning walk armed with a pen and piece of paper because “ideas hit me anytime, anywhere”. He is the director, Academy of Professional Development of Urdu Medium Teachers, Jamia Millia Islamia, and lives in Shaheen Bagh.

5. GOPI CHAND NARANG
Critic
Born in 1931 in Balochistan, now in Pakistan, he has authored more than 75 books and is the winner of numerous awards, including Pakistan’s prestigious Sitara-i-Imtiaz. He lives in Sarvodaya Enclave. His landmark book, Ghalib: Maani Aafrini, Jadalyaati Waza, Shunyata Aur Shaeryaat, was published in 2013.

6. IFFAT ZARRIN
Poet
Born in 1958 in Old Delhi, she grew up serving tea to her late father’s poet friends. “I recently wrote a poem on my maidservant.” Her first poetry collection, Be-Sahil Darya, came out in 2000. She works as a bursar in a women’s college in Delhi University and lives in Old Delhi’s Galli Hakimwalli.

7. AQIL AHMAD
Critic and writer
Born in 1960 in Sultanpur, UP, his notable books include Urdu Novel Par Taksime Hind Ke Aasrat (1986). “Nobody writes about us Urdu writers,” says Mr Ahmad, who lives in Basti Hazrat Nizamuddin. He works as the secretary at the Ghalib Academy, where he entertains visiting poets with milk-less tea and literary gossip.

8. Khalid Jawed
Short-story writer, novelist
Born in 1963 in Bareilly, UP, he specializes in magic realism. His new novel, Nematkhana (2014), uses food to sketch an alternative history of man. The protagonist hallucinates each time he sees food being cooked in the kitchen. A devotee of mutton korma, Mr Jawed teaches Urdu at Jamia Millia Islamia and lives in Okhla.

9. KHURSHID AKRAM
Poet, short-story writer
Born in 1953 in Kolkata, he says he’s an “almost-atheist”. His famous story Majbe Ki Bhede, published 20 years ago, was about an animal that rebels on its way to the slaughterhouse. Its English translation appeared last year in an anthology. Mr Akram, who works with All India Radio, lives in the Batla House area.

10. MATEEN AMROHI
Poet
Born in 1952 in Amroha, UP, Mr Amrohi muses on the many depressing themes of our age, from the environment to the religious divide. He spends quite a bit of time around poet Mirza Ghalib’s marble tomb in Basti Hazrat Nizamuddin, where he lives. A retired mechanical engineer, his most well-known book perhaps is Zameen-e-Ghalib (2010).

11. MUSHARRAF ALAM ZAUQUI
Novelist, short-story writer
Born in 1963 in Arrah, Bihar, his novel Bayaan (1994) traced Hindu-Muslim fissures in the years leading up to the demolition of the Babri Masjid in 1992. “The heroine in my new novel, Nala-e-Shabgeer, is always on top, even in the bedroom.” He produces TV programmes for Doordarshan and lives in Geeta Colony.

12. NIGAR AZIM
Short-story writer, poet
Born in 1951 in Meerut, UP, she authored a travelogue on Tashkent titled Gard-e-Awargi (2006). Her last book, Imarat, was published in 2010. Ms Azim recently created a flutter by describing men as masoom (innocent) in an interview to the Urdu newspaper, Roznama Rashtriya Sahara. A retired schoolteacher, she used to teach drawing. She lives in the Batla House area with her five sons.

13. NOMAAN SHAUQ
Poet
Born in 1965 in Arrah, the recurring themes in his work are love, fascism and communalism. Author of five collections of poems, in both Urdu and Hindi, his most recent work, Apne Kahe Kinare, was published last year. Like Marcel Proust, he writes in his bedroom and is often scolded by wife Samina for leaving books all around the place. A programme executive at All India Radio, he lives in Greater Noida.

14. PP SRIVASTAVA ‘RIND’
Poet, critic
Born in 1933 in Farrukhabad, UP, he has authored 15 poetry collections; his Qundeel Abhi Roshan Hai came out in 2014. Half-burnt houses, smog and crowds are common metaphors in his work. He lives in Noida.

15. PAIGHAM AFAQUI
Novelist, and short-story writer
Born in 1956 in Siwan, Bihar, Paigham Afaqui is referred to as “Adeef Iktefaqi”, or “accidental writer”, by some readers. His landmark novel, Makaan (1989), is about a young woman in Delhi whose tenants try to evict her from her own house. Mr Afaqui, who retired from the police service, lives in Rajouri Garden.

16. RAKHSHANDA ROOHI
Short-story writer
Born in 1965 in Deoband, Ms Roohi teaches Hindi in a senior secondary school. Her most recent collection is Magar Aik Shaakh e Nihaal e Gham (2012). The male protagonists in her work have always been white-haired men in black clothes. “I used to write love stories,” she says. “We are open-minded but women are bound to follow society’s rules.” Ms Roohi, who now focuses on women-centric themes, lives in Sukhdev Vihar.

17. RIAZ KIDWAI
Critic
Born in 1948 in Lucknow, UP, he contributes literary pieces to Urdu dailies such as Roznama Rashtriya Sahara. He makes it a point to step out every day. “I travel in an autorickshaw if I’m in a white shirt, otherwise by bus.” He lives in Laxmi Nagar.

18. SHAHPAR RASOOL
Poet, critic
Born in 1956 in Bachhraon, UP, Mr Rasool has authored two ghazal collections, Sadaf Samandar (1988) and Sukhan Saraab (2000). He is ready with a new volume; the title is yet to be decided. Interested in “all aspects of life, including ishq (romance) and husn (beauty)”, he says his best ideas come to him around 5am. He teaches Urdu at Jamia Millia Islamia and lives in Ghaffar Manzil.

19. SHAMSUL HAQ USMANI
Critic
Born in 1948 in Deoband, he is best known for compiling and editing Poora Manto, the complete works of Saadat Hasan Manto. Three volumes have been published so far and four more are on the way. He works daily from 11pm until the call for morning prayer. He retired as head of Jamia Millia Islamia’s Urdu department and lives in Ballimaran.

20. TARANNUM RIYAZ
Novelist, short-story writer, poet, critic
Born in 1963 in Srinagar, Jammu and Kashmir, Ms Riyaz’s key themes are urban poverty and the big city’s inhumanity. Her famous novel, Barf Aashna Parindey (2009), was set in Kashmir, Delhi and England. She moonlights as a “casual” Urdu newsreader on All India Radio and lives in Jangpura Extension. 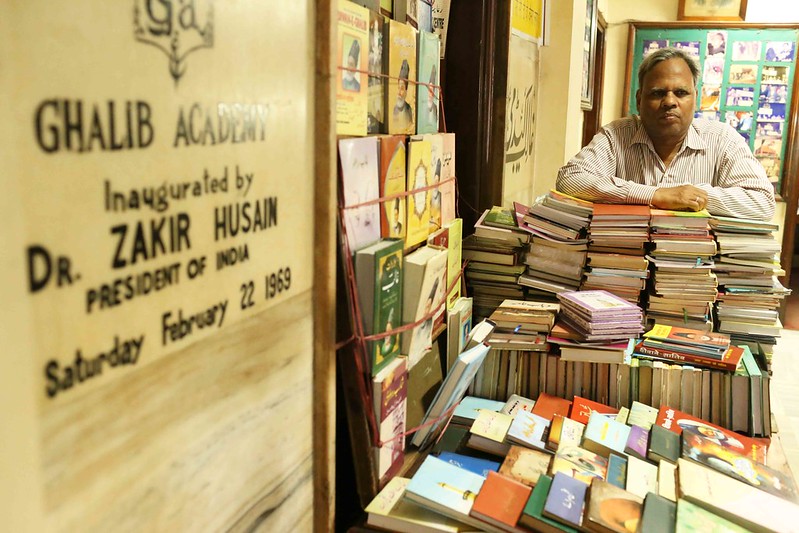 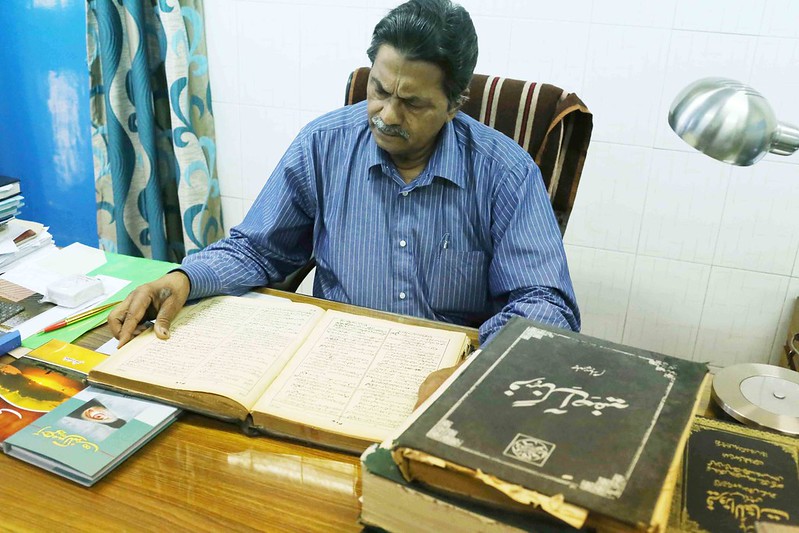 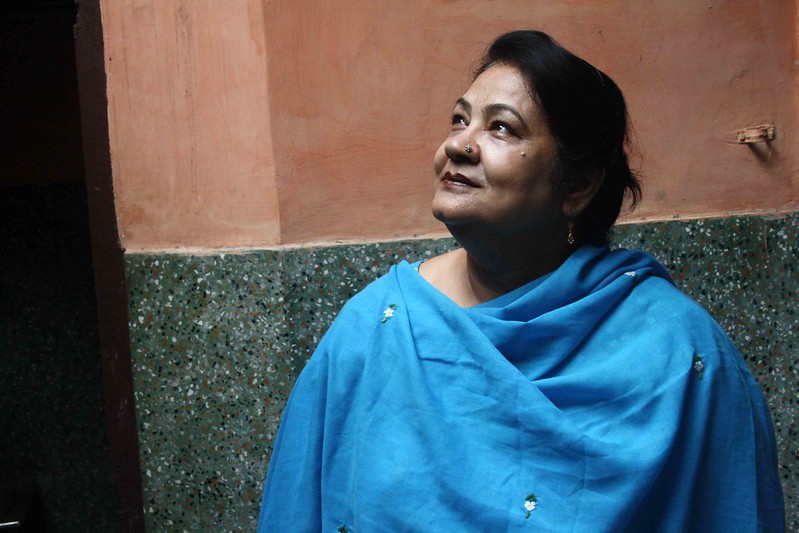 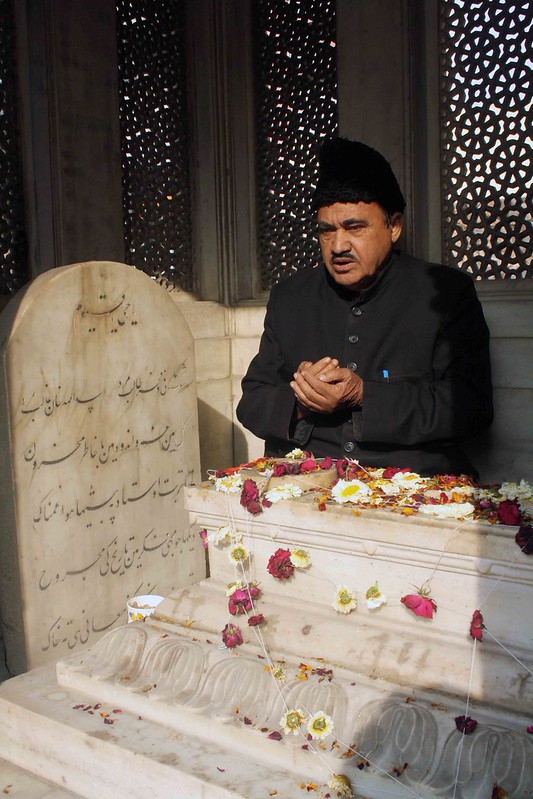 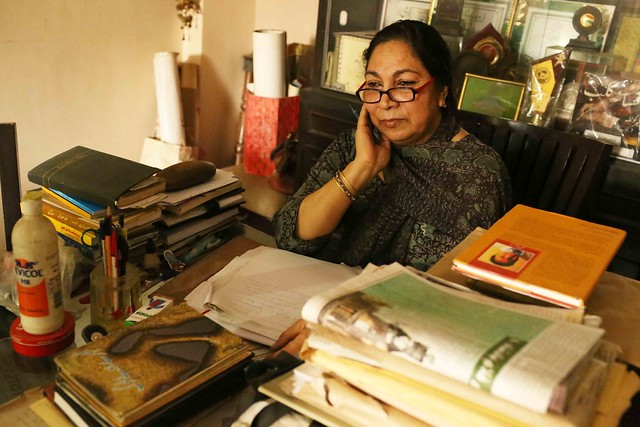 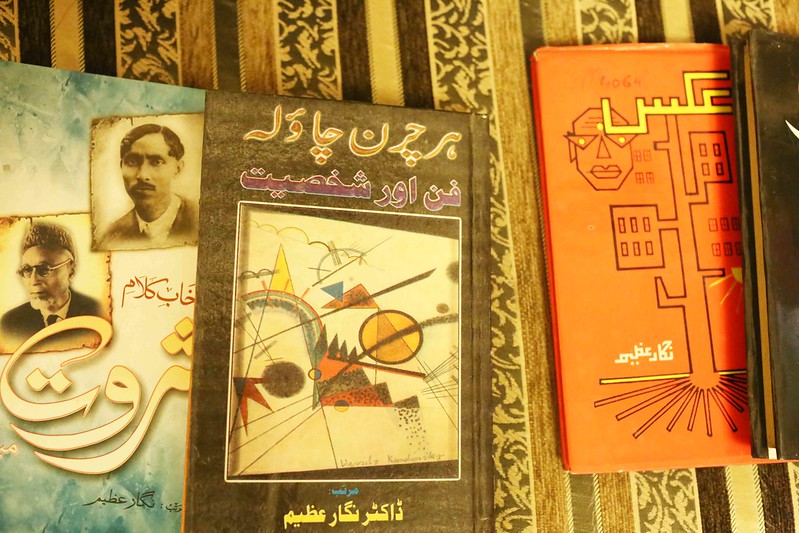 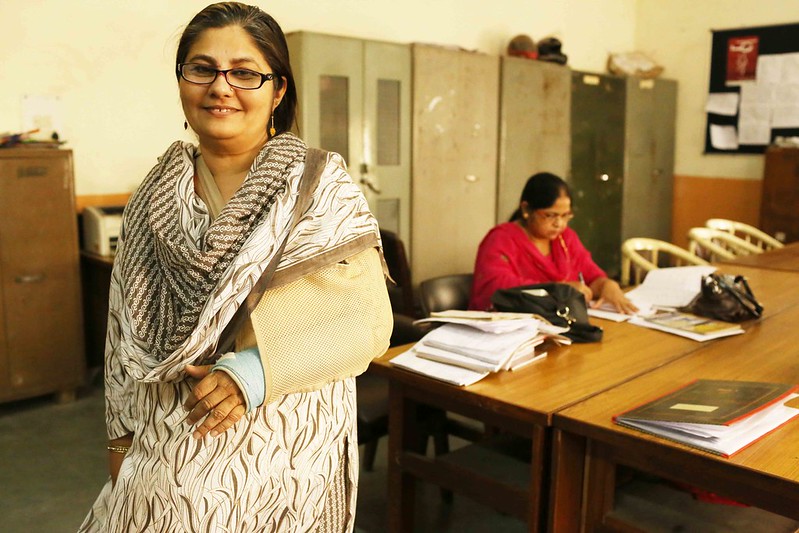 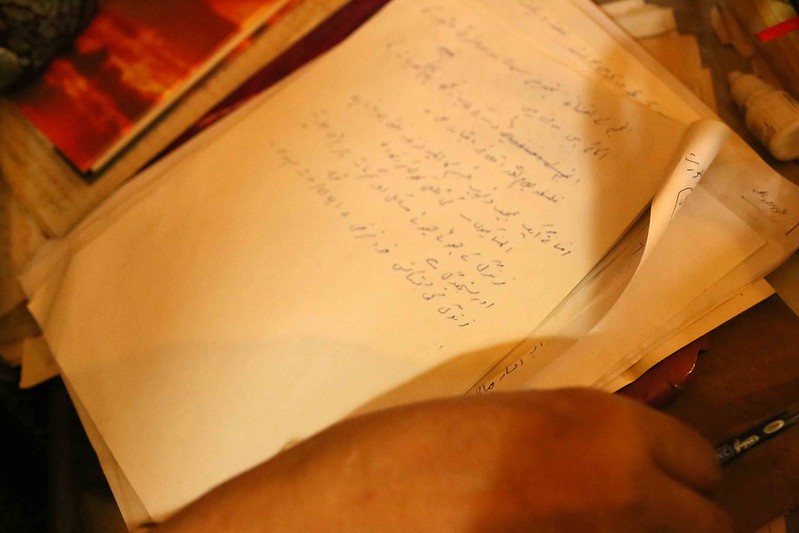 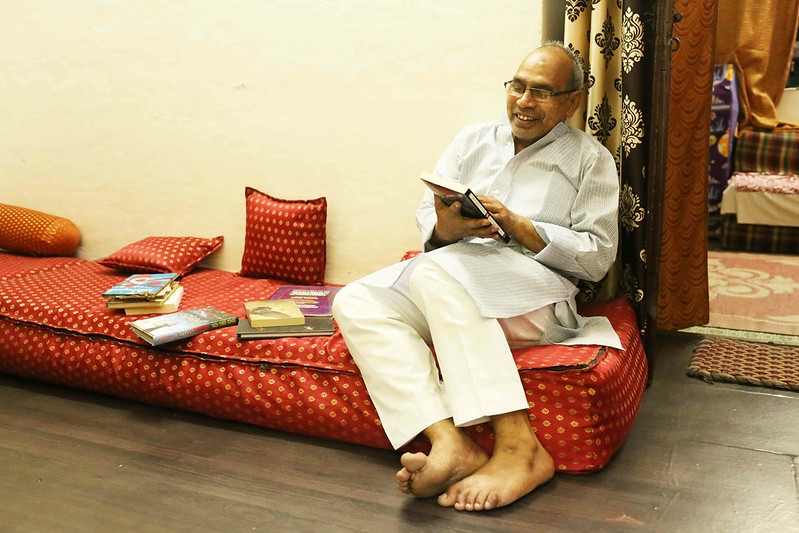