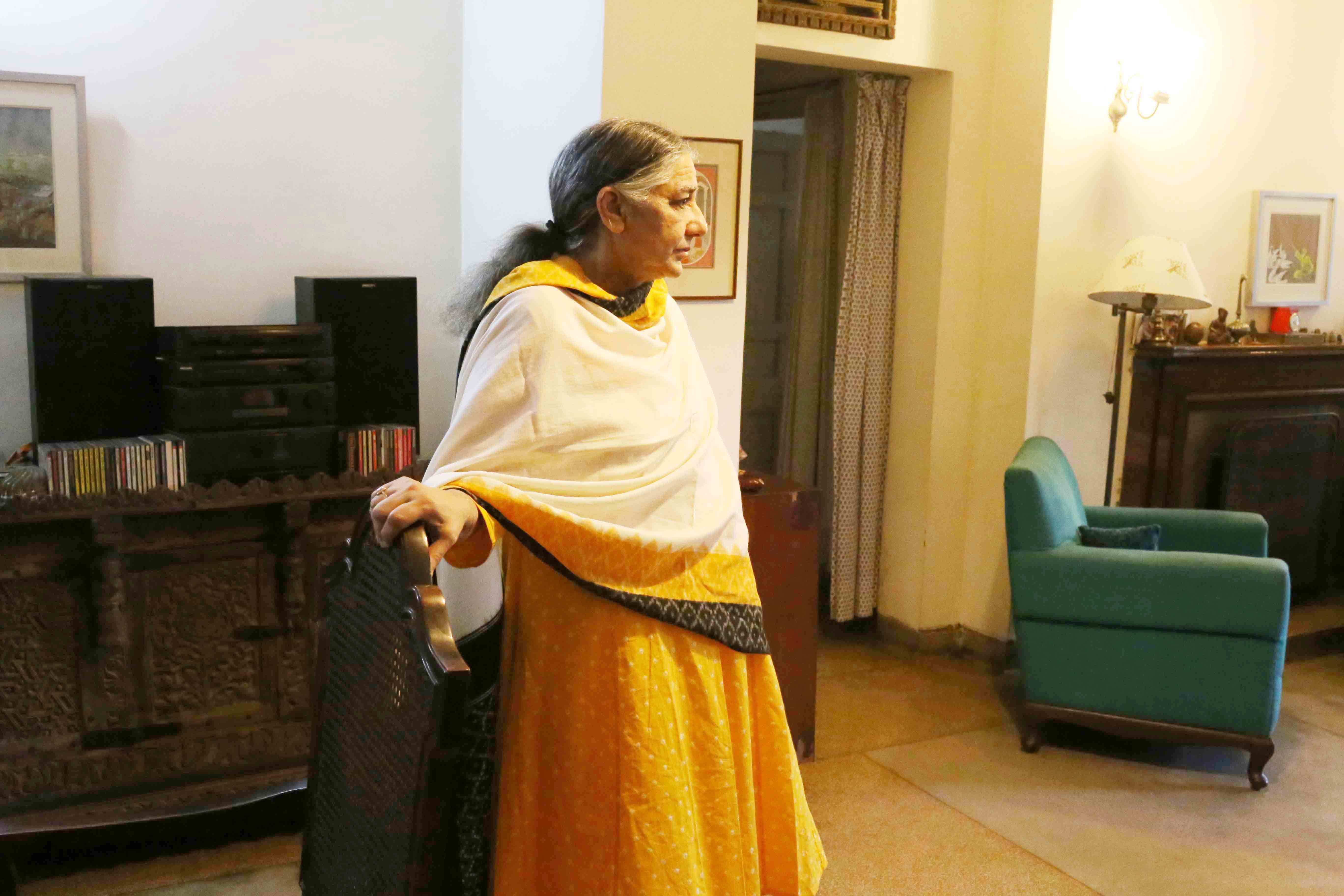 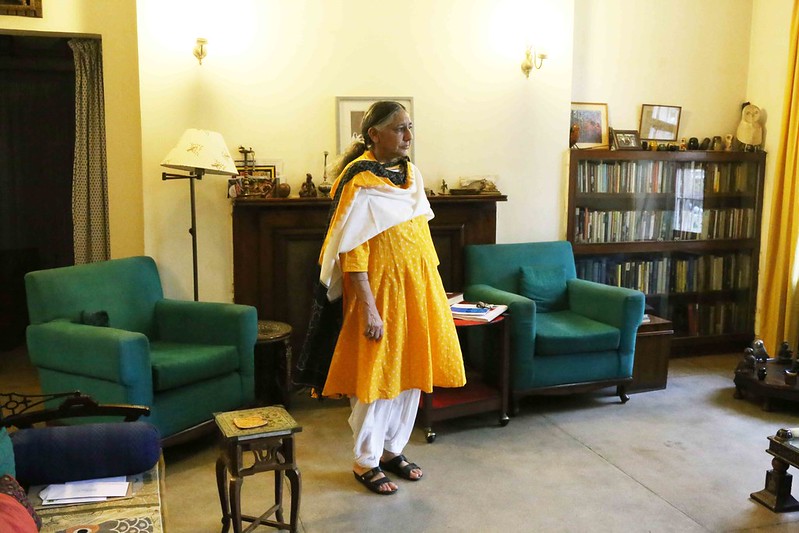 Please Do Not Ring The Bell Unless You Are Expected – This is the notice that continues to greet the visitors outside author Khushwant Singh’s home although he died in March 2014. As one of the most influential men in the capital, Mr Singh’s drawing room court was considered exclusive. Delhi’s powerful society figures would spare no effort to be a part of it (I have written about the drawing room here).

More than a year after his death, Mr Singh’s daughter, Mala Dayal, breaks her silence and gets brutally frank about her father’s famous soirées. She believes that in later years in particular, her father, who died at the age of 99, was easily exploited by people currying favour.

Ms Dayal, 70, has been in the field of publishing for more than 40 years. Living in one of central Delhi’s elegant Sujan Singh Park apartments, right opposite her father’s residence, she is currently sorting boxes of his papers.

To be seen in Khushwant Singh’s drawing room in the evening was a badge of honour for Delhi’s who’s who.

He was very sociable. He often liked people (who), I’m afraid, I was not very friendly with. I was convinced that a lot of people were using my father.

He was worth cultivating. They wanted him to put forward their names for a national honour, or write about them in his columns. He was very easily bullied by attractive women… by all kinds of people. I have seen them doing that… he would be sitting on a chair, they would stand in front of him in a slightly aggressive way and say, “Now, Khushwant, you haven’t written about me for a long time. Accha, yeh meri tasveer hai (this is my photograph) and this is my write-up…. This must be there in the next column.” And he would do it.

Can you name some of these people?

It won’t do them any good…. It will also not be kind to my father’s memory because he wouldn’t have liked it. There were a fairly large number of people who exploited him. They happened to be, by and large, women.

Would you ever confront those women?

We tried to the extent that we would tell the servant not to open the door if such-and-such person rings the bell. But they were aggressive. They knew their way around so they would go in from the back… you see, my father’s apartment had the front door and the back door for the servants that was kept open…so those women would enter from the back (starts to laugh)…

Did you ask these ladies to leave him alone?

My daughter, Naina, was much tougher. She would say to these visitors—“He’s now tired. Please go.” And he wouldn’t contradict her. Naina was also strict about what he drank and ate. She was very irritated with his frequent cravings for Pepsi in his last years. (Laughs) He would say, “Paani nahi peena, Pepsi lao (I don’t want water, bring Pepsi)”. She would say, “No, nana, no more Pepsi for you!”

Was he aware he was being exploited?

If someone told him that such-and-such person is dropping your name, he would say, “Dropping my name! Why my name?” He hadn’t somehow taken in the fact that his was a name to be dropped. And people hung around him because they wanted to behave as if they knew him much better than they did. I have been the recipient of this too. No one knows me, no one really…. I’m sure you haven’t seen me until now…but there would be people who would hail me in Khan Market and say loudly, “Hello, Mala. And how is Khushwant?” (bursts into laughter).

Would you say hello to them?

What could you say… I don’t want to know you (laughs)?

Can you name some friends who did not exploit him?

There was Mrs Charanjeet Singh who owns the (Le) Meridien (hotel)…(former attorney general of India) Soli Sorabjee, was a dear friend. The two others I can think of off-hand are (journalists) Bachi Karkaria and (M.J.) Akbar. They were trainees under his editorship in The Illustrated Weekly (Of India). They both are now big names. But their affection for him was really deep. (Publisher and author) David Davidar knew him well, (journalist and editor) Nandini Mehta…. Nandini is one of the people who had worked with him the longest… she was with him in New Delhi (magazine) and the Hindustan Times…. I have dedicated this book (Portrait Of A Serial Killer) to her… and she has been a family friend. And then there was our neighbour Rita Burman, who came over often in his last few years.

But of course, he was very generous about other writers and would write about them and their books. And, remember, many people who were genuinely fond of him have died. People who used to be very regular visitors were (novelist) Ruth Prawer Jhabvala and her architect husband. There was (writer) Nirad C. Chaudhuri. These were friends who came for meals and were not limited to the drawing room….

There were also some people he clearly enjoyed having over in his last years. (Journalist) Sheela Reddy was one. There was Syeda Hameed (former Planning Commission member). These were people he found stimulating. I respected that.

Then there were the ones who were there because it suited them to get the publicity, which they bullied him into giving them. And I would say that he often did not particularly enjoy having them. But he was also—and I would say that to his face—extremely phoney. He would say, “Tum bahut dinon se nahi aayi (you haven’t come in a long time). I would say, “Did you really want her to come that often?” and he’d say, “But it pleases them.” So he would say things to please people. The relationships that really mattered to him were few.

I didn’t like that novel at all. He projected an image of himself that anybody who knew him well would know wasn’t true at all. He thought Indians were very hypocritical about sex. So he wrote about these things with an aim to shock.

My father was a very conservative person. He didn’t like women being dressed in revealing clothes, which would be evident from the way both my daughter and I dress. If my daughter had worn something even slightly revealing, and she never did, he would have disapproved.

Though he was conservative in matters of dress, he was not conservative in many of his attitudes. There were no double standards in bringing up his son and daughter. He was always keen that I should work and be financially independent. He was keen that we choose our own partners and line of work. And it was a home in which dissent was encouraged.

Will his home become a museum?

Never. Museums are dead places. In fact, we are painting the house. My daughter, Naina, has started to change the pictures in the drawing room to what she thinks should be there. She wants to bring it back, to some extent, to what it was like when my mother was around. You know, after she died in 2001, a lot of changes took place…. Many people presented things to my father and they are piled up here and there. So Naina has disposed of a lot of that. She is reorganizing some of the pictures. She wants to work in that house. She was the apple of my father’s eye.

“… a lot of people were using my father” 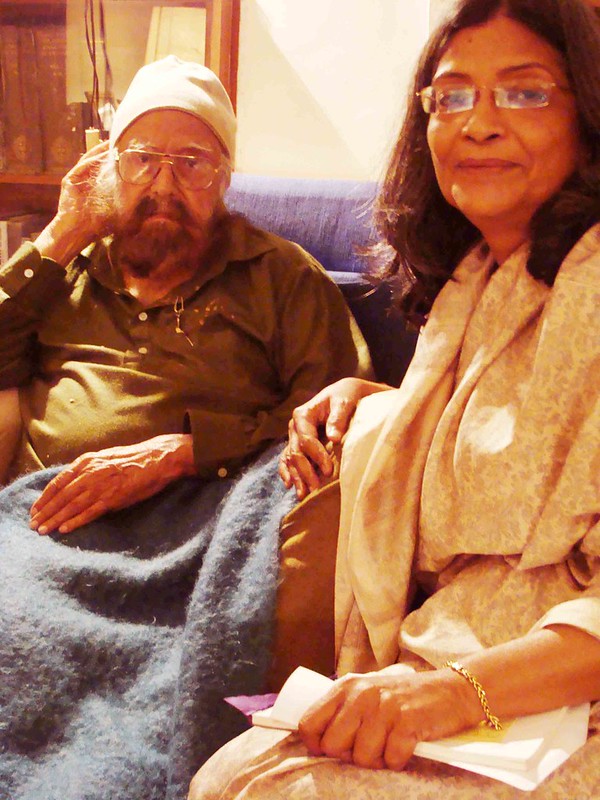 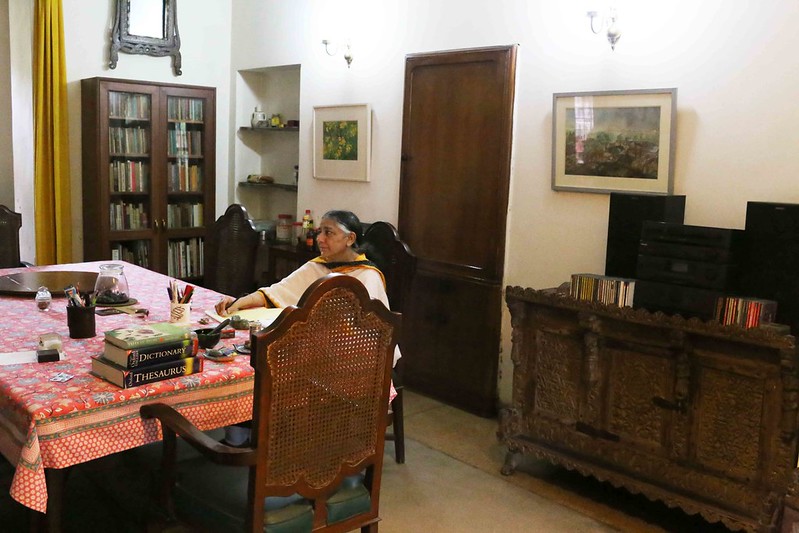 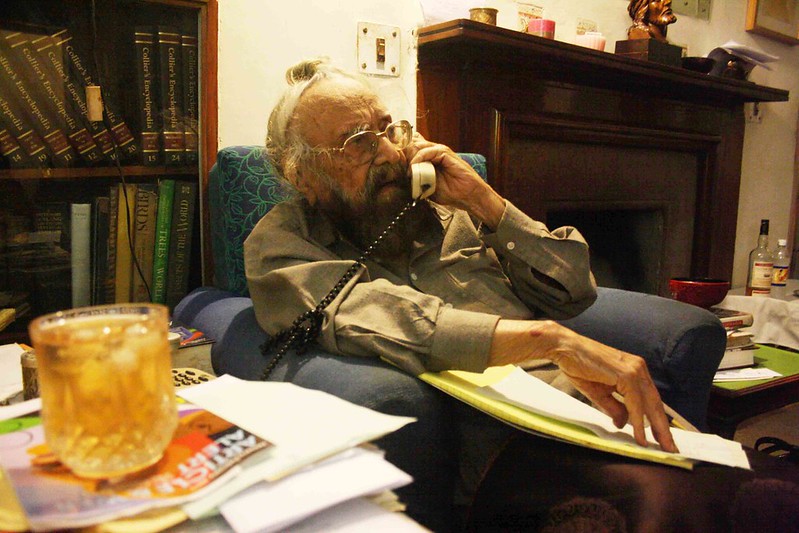 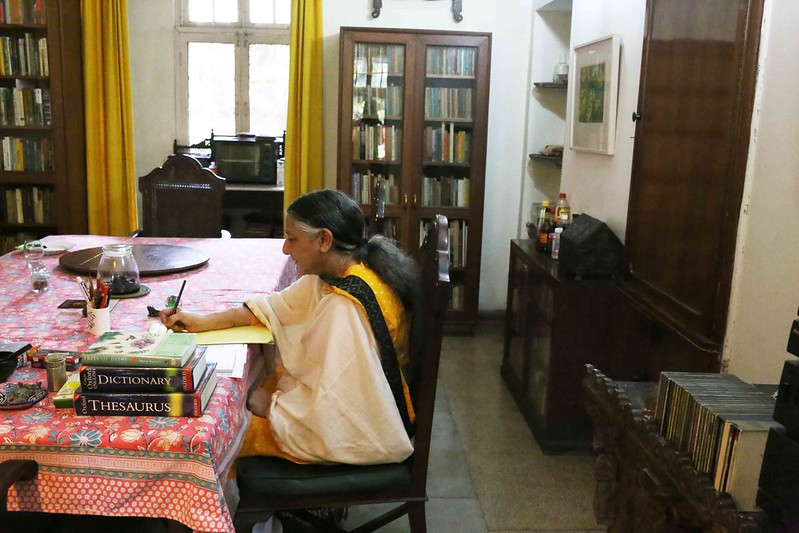 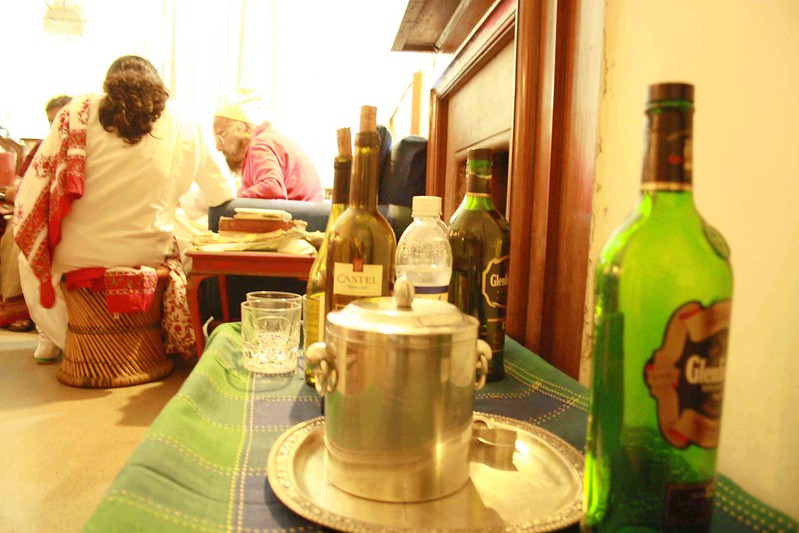 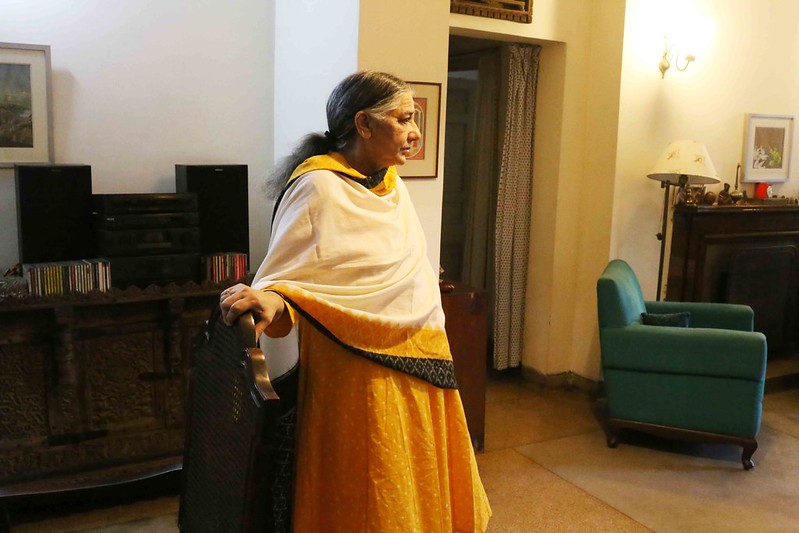 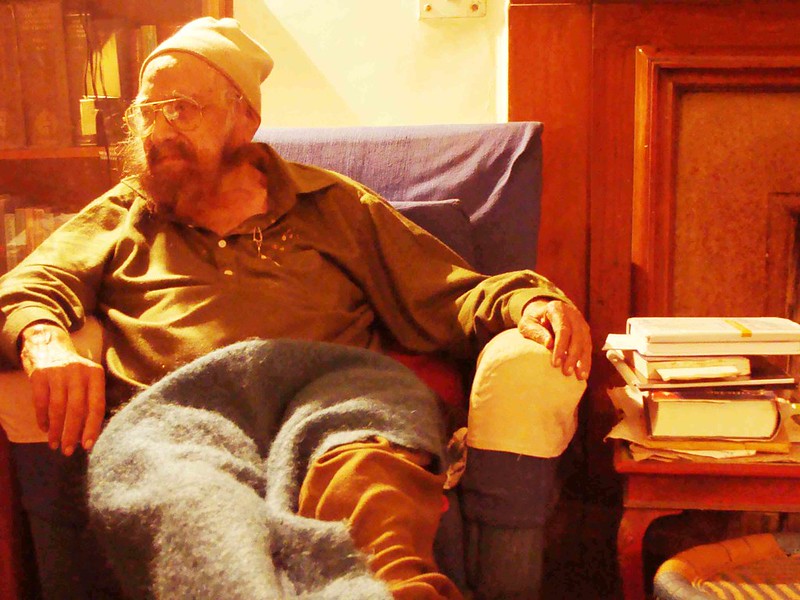 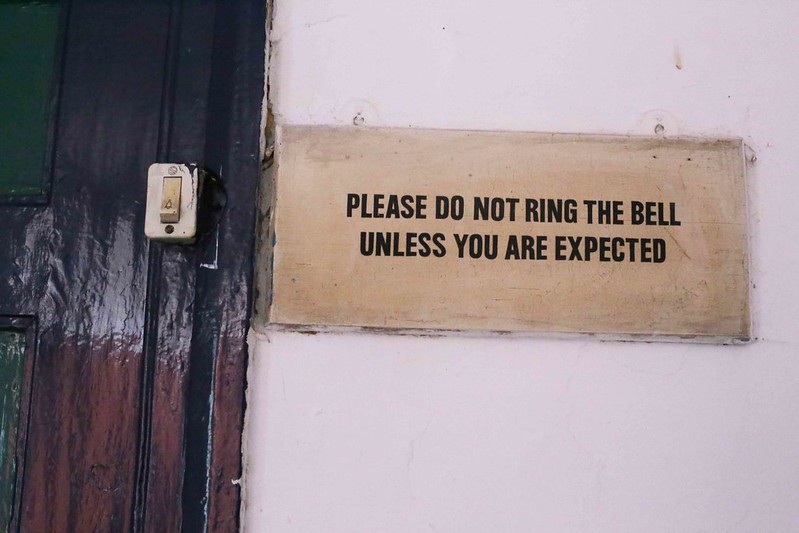 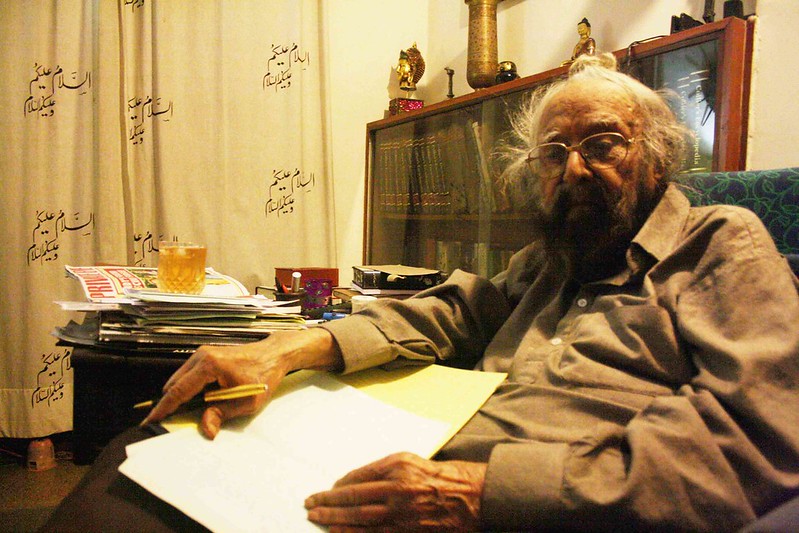