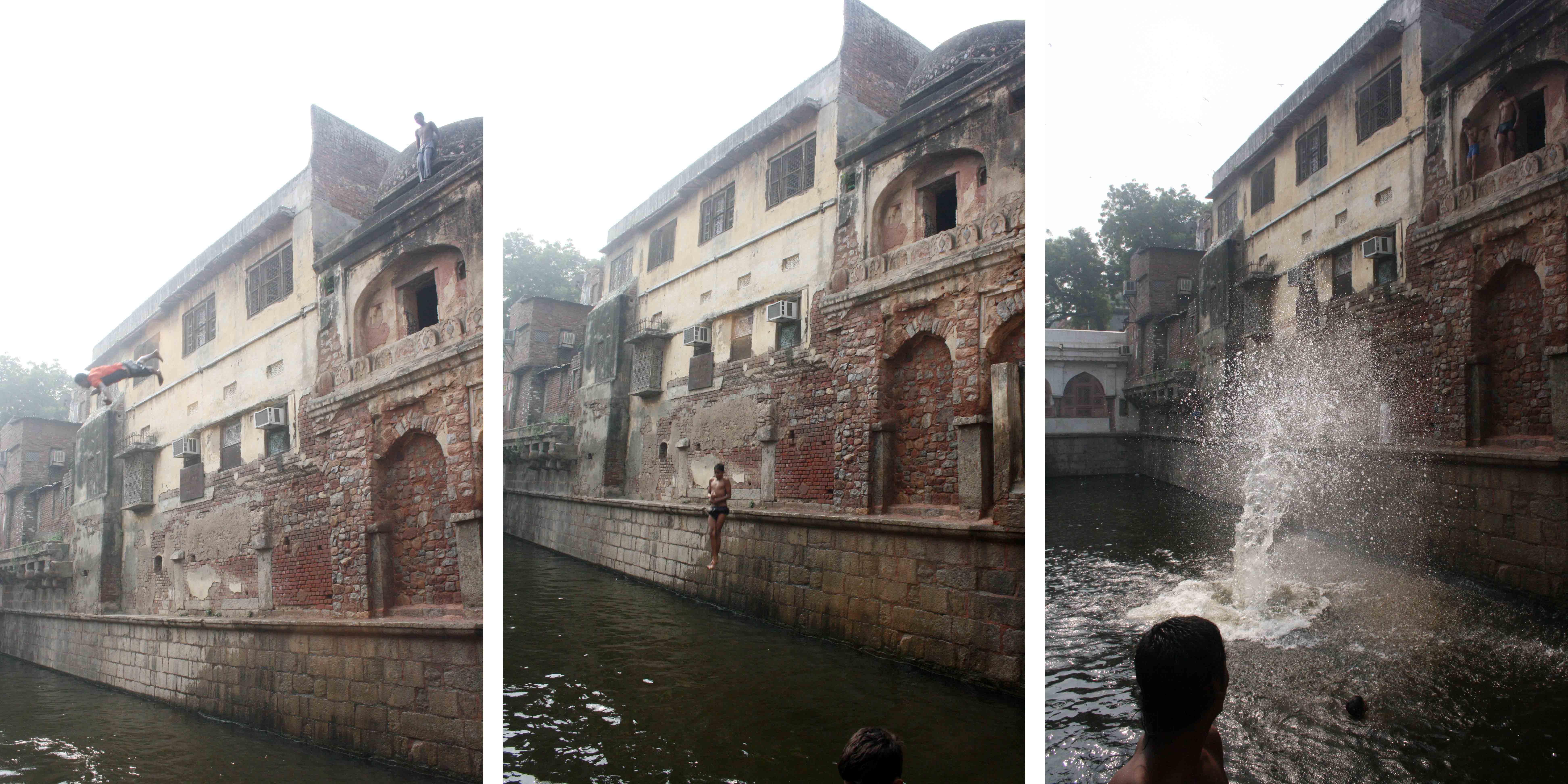 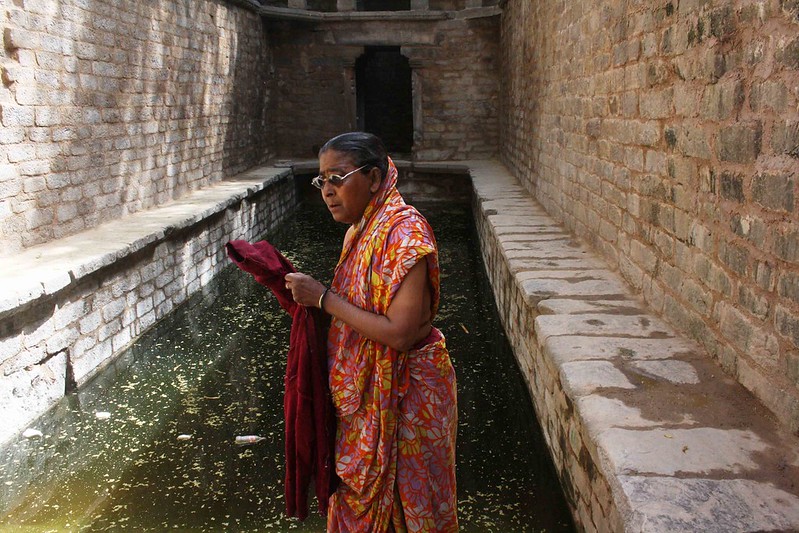 The wet sari clinging to her skin, Zeenat Begum is washing herself in cool water. The pool is covered with Kikar leaves. “It’s my hamam,” says the elderly woman. Picking up her blouse from the steps, she says, “I’m a beggar but I bathe like a queen.”

Zeenat Begum’s hamam is Gandhak ki Baoli, Delhi’s oldest surviving stepwell. Because of its sulphur-rich water, said to have healing properties for skin ailments, this baoli was used as a spa. Believed to have been built by Sultan Iltutmish in the 13th century, it is an otherworldly abyss close to the Qutub Minar in south Delhi.

A water monument of sculptured columns and lattice walls, baoli is a secret world linking light to shade, earth to water. A flight of stone stairs– punctuated with landings lined with pavilions and chambers–leads to the bottom. In the monsoon, water comes up to the upper steps. In the dry season, it recedes to lower levels.

“Connected with well and groundwater aquifers,” says conservation architect Ratish Nanda, “baolis were built to collect rainwater during the monsoons and allow people to access the receding water through the year.”

Unique to India, about 3,000 baolis were built between the seventh and mid-19th centuries, most in the arid regions of Rajasthan and Gujarat. Delhi’s baolis aren’t considered half as beautiful. Being the most neglected of the city’s monuments, these stepwells nevertheless tell of a time when men followed their quest for water through means more gentle and humble.

At the turn of the last century, Delhi had more than 100 baolis. Today, many of them have caved in or dried up owing to the declining water table. The number has shrunk to about two dozen. You can cover them all in the course of a single weekend.

One baoli lies adjacent to the high-rises of Connaught Place. Another, the city’s biggest, is in the Firoz Shah Kotla ruins, where it’s pumped to water the gardens of the complex. Tughlaqabad Fort has five baolis. Purana Qila and Lal Qila too have a baoli each. Not many know of a stepwell in Vasant Vihar that can be viewed from the roof of an adjoining building. A baoli-like structure was accidentally discovered a few years ago in the congested Ballimaran in Old Delhi. The baoli behind Hindu Rao Hospital in north Delhi has been taken over by dry grass. The baoli in the dargah of Khwaja Qutub Kaki in Mehrauli is claimed by plastic bags. The barely-known baoli in Matia Mahal has already been featured in these pages.

The few baolis that remain accessible must be visited especially in monsoons when they are likely to get filled with rain water (but please rub anti-mosquito cream on your body; we don’t want you to catch dengue). Cool, damp and quiet, these stepwells are an oasis of solitude, rare in this crowded, noisy, smoggy metropolis.

In the past, Delhi-wallas gathered in baolis to lounge, play and smoke. Today, the few who visit baolis go there either to meet their lovers, or to get away from the world.

Amid the business towers and residential apartments of central Delhi, the 14th century Agrasen ki Baoli is the grandest. Flanked by niches, chambers and passageways, the 104 stone steps, descending into the well’s dry depths, have three landings. The sunlight fades as you wade deeper into it. The gurgling sound of hundreds of resident pigeons echoes off the stone walls. Hidden in the baoli’s various nooks and bays, the birds frequently fly out with great flapping of wings. Photographer Raghu Rai took his famous photo of a boy diving into the water one late afternoon in 1970. Now there’s no water, not even in the ongoing rainy season.

Since a baoli is built below ground level, its architectural aesthetics can only be appreciated once you enter it. At Agrasen ki Baoli, the experience is more intense because the steps of the baoli and the high-rises of Connaught Place present a dramatic contrast: the 14th century joining the 21st century in one straight line.

The baoli in the Sufi shrine of Hazrat Nizamuddin Basti is the only stepwell in Delhi to have an active underground spring that ensures a continuous supply of fresh water. For centuries, pilgrims stopped at the baoli to sip its blessed water. Today’s that seems too risky but you do see local boys diving into the waters from the roofs, windows and ledges of the surrounding houses.

It is the Rajon ki Baoli in Mehrauli Archaeological Park that is thought by many as one of the city’s most picturesque step-wells.
With 66 steps, the baoli’s top floor has a row of arched niches, which are cool inside. There is no noise save that of aeroplanes preparing to land at the Indira Gandhi International Airport. Bring a novel, a flask of chilled beer and it becomes a perfect place to while away an afternoon. And if it rains, you can always take shelter in the lovely niches.
Happy baoli hopping.

Summer getaway (the pictures below were taken across seasons) 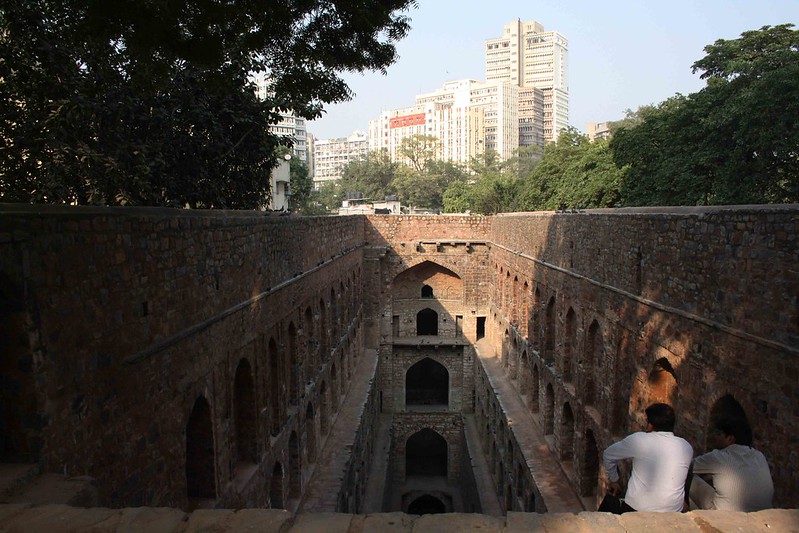 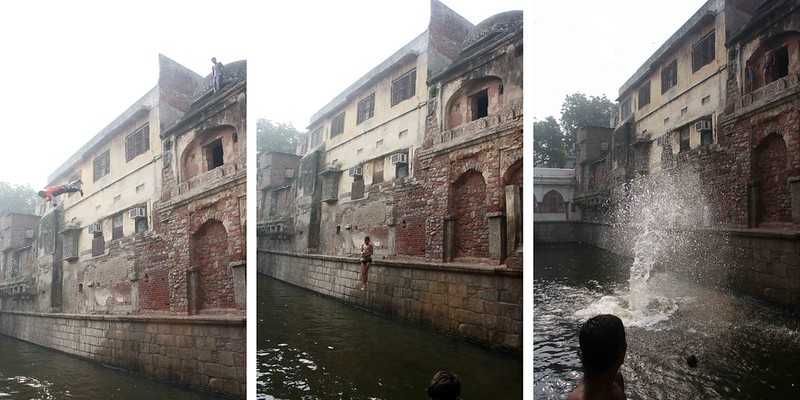 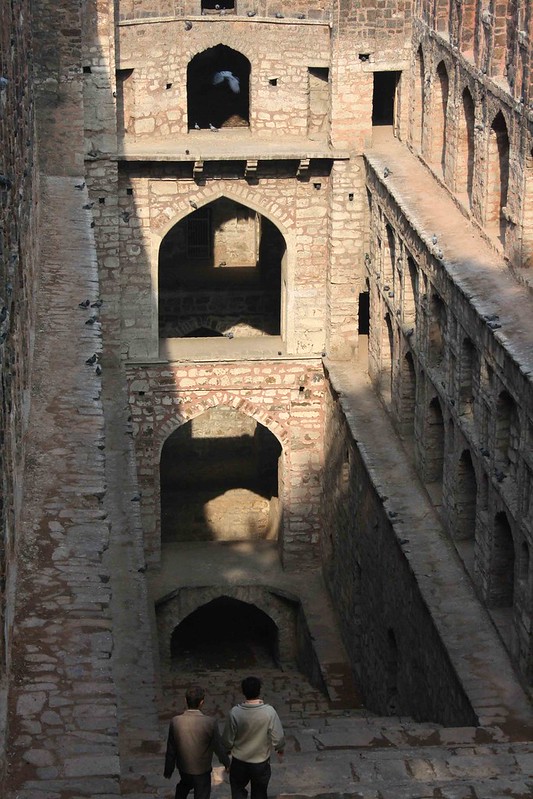 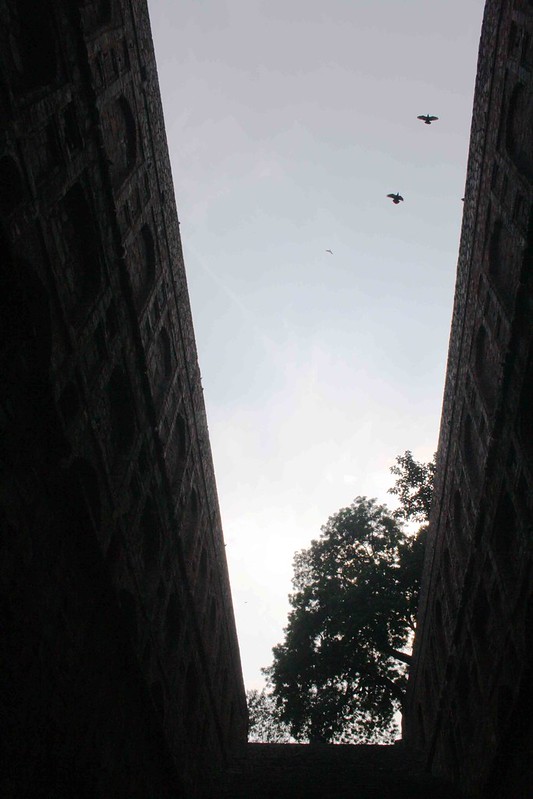 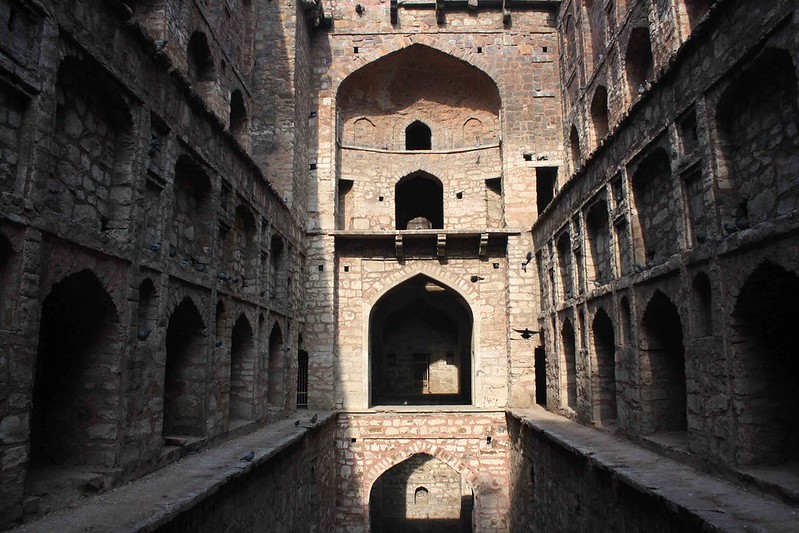 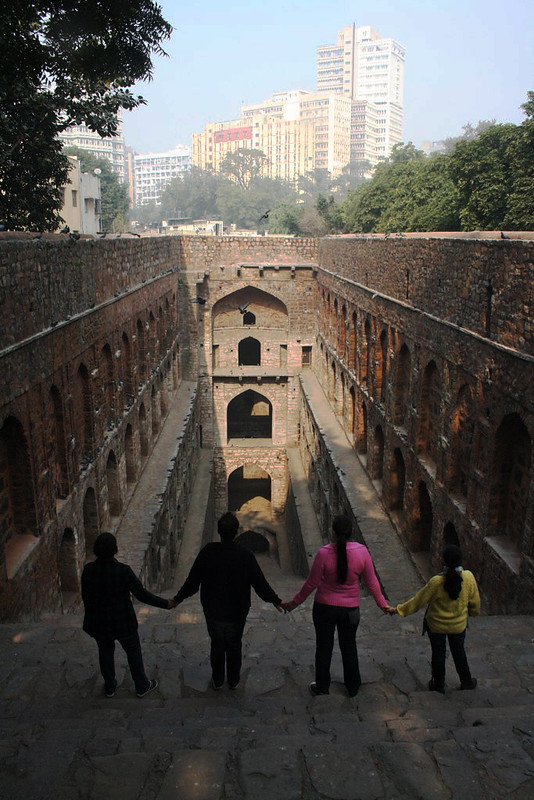