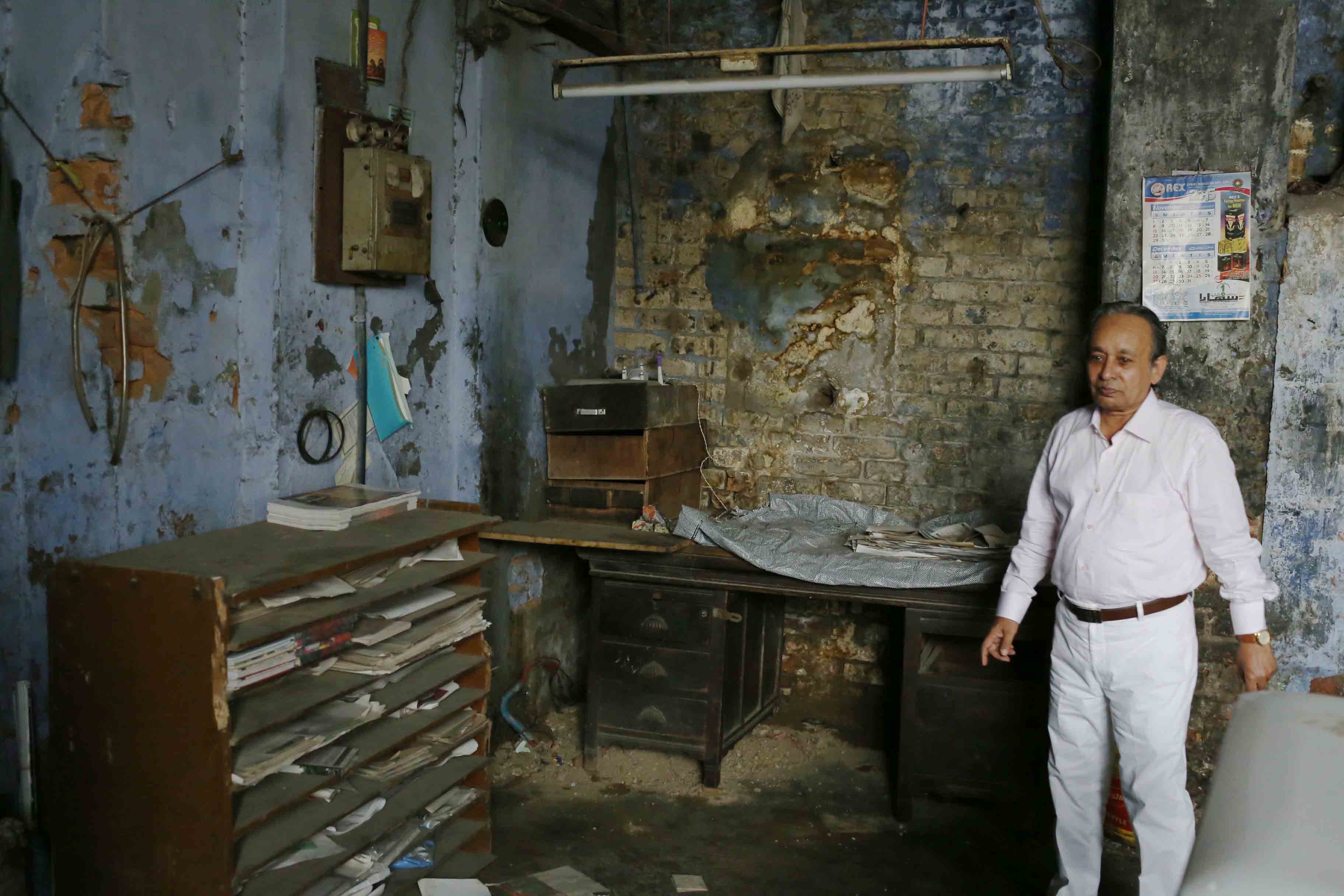 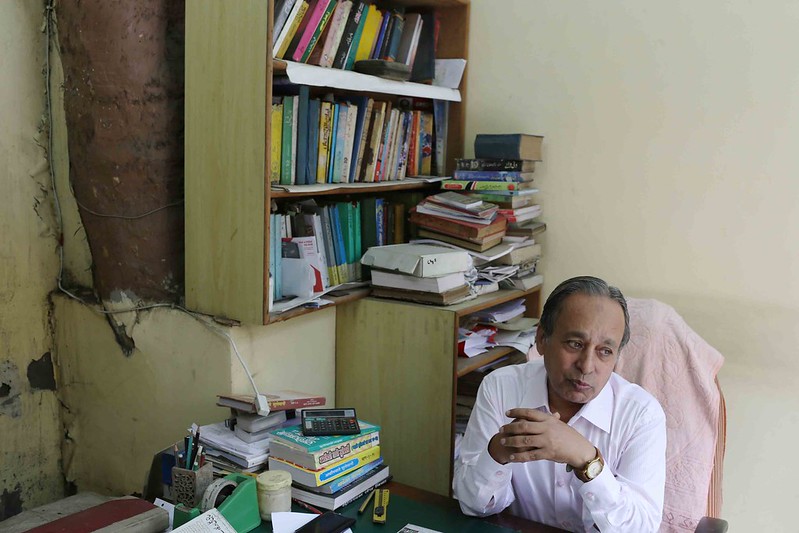 Asif Fehmi is walking around the dark hall. This used to be his world, which is now coming to an end. The paint on the blue brick wall has started to flake off. The switchboards are covered with layers of dust. The blades of the ceiling fan are wrapped in cobwebs. An empty red refrigerator stands, with its doors open. A rotating chair with torn plastic sits close to a wooden table, the empty drawers of which are arranged upside down atop it. A tall stack of bundled paper lies in one corner.

The two “hand-fed” printing machines are nowhere to be seen.

One morning The Delhi Walla meets Mr Fehmi in this dingy place, at a few steps from Jama Masjid. It is in Old Delhi’s atmospheric neighbourhood of Chhatta Sheikh Manglu and, until recently, used to print Din Dunia—a subscriber-only Urdu magazine on historical aspects of Islam. The printing machines were done away with last month; though the 95-year-old monthly magazine will continue to be printed from a different location. The hall of the Din Dunia office is in such a state of abandonment because the century-old-mansion in which it is located is gearing up for renovation.

“To be exact, I got rid of the printing machine on 10 July,” says Mr Fehmi, the magazine’s 60-year-old owner, publisher, editor, and designer. He is also its principal writer. “There have been drastic changes in printing technology and it was no longer financially viable to operate those machines.”

An extremely gentle-mannered and soft-spoken man, Mr Fehmi himself is always dressed in Western-style suits, even during the peak of Delhi summer. Today, however, he is without his customary black jacket. His office is on the ground floor of his ancestral house, where his younger brother’s family currently stays. Mr Fehmi chose to live in the comparatively less-congested Noida.

Technically, the printing machines’ departure is no loss to heritage. Mr Fehmi had brought them 30 years ago to replace the much-older Litho printing machines, one of which belonged originally to freedom fighter Maulana Abul Kalam Azad, who used it to print the weekly Urdu newspaper, Al-Hilal. That historic machine was eventually dismantled and its parts were sold off to scrap dealers.

Even so the disposal of the last stock of printing machines has hit Mr Fehmi as a deep personal tragedy. “Their disposal is a regrettable thing for Khwaja Press and a failure in my life,” says Mr Fehmi. “I should have developed Khwaja Press in such a way that it should have by now shifted its base to some industrial area outside Delhi where all the big printing presses are situated. It didn’t turn out that way. May be because I was stuck up in this very congested area. But I would always try to get printing orders… you see I was also printing other things apart from my magazine… for instance, I was printing Urdu books for Delhi University and Kashmir University. Indeed, publishers were ready to give printing orders for their books and magazine. But most of them wanted to dispatch their material in big trucks… and you just can’t receive trucks in this cramped area… That was not possible….”

Mr Fehmi inherited the magazine from his father, Mufti Shaukat Ali, who had founded it in 1921 as a weekly tabloid on society, politics, and films. The publication was temporarily suspended during the years following the Partition, after which the magazine was restarted with a single-minded focus on Islam. Owing to his father’s ill health, a young Mr Fehmi took over Din Dunia in 1987, right after graduating in law from Delhi University.

Those were the golden days for the magazine. There used to be 15,000 subscribers at that time. The number has trickled down to 4,000 today.

With printing machines gone, Mr Fehmi’s 12-member establishment has been reduced to Mr Fehmi alone. The magazine’s future is uncertain. His only child, a daughter, who teaches nursery students at a school in Noida, cannot read Urdu.

At the moment, hopefully, Din Dunia, will continue to come out every month with its regular edition of 64 pages. It is one of the few Urdu magazines that still survive in the labyrinthine alleys of Old Delhi. The other notables include the Sufism monthly Astana Tasawwuf, the women’s monthly Khatoon-e-Mashriq, and Jaam-e-Noor, which devotes itself to Islam.

Since his brother is in the process of renovating the house, Mr Fehmi will have to work from a small book-lined study on the ground floor in the coming months. He will pore over books and write new articles from there. Fortunately, the printing will pose no problems. Old Delhi has dozens of small hole-in-the-wall printing presses. The next issue of Din Dunia will be printed from Seema Offset Press in Gali Chooriwallan, or the street of the bangle-sellers.

The latest Din Dunia is lying on Mr Fehmi’s desk–it is the last issue that was printed from Mr Fehmi’s own press. The magazine’s cover shows a cow superimposed against the Indian parliament. “This time the lead story is on the politics over cow,” he says, adding, “To make a final effort to revive Khwaja Press, I’m planning to also publish books in Hindi.”

Mr Fehmi then sits down on his desk to get on with the rest of the day.

[This is the 121st portrait of Mission Delhi project] 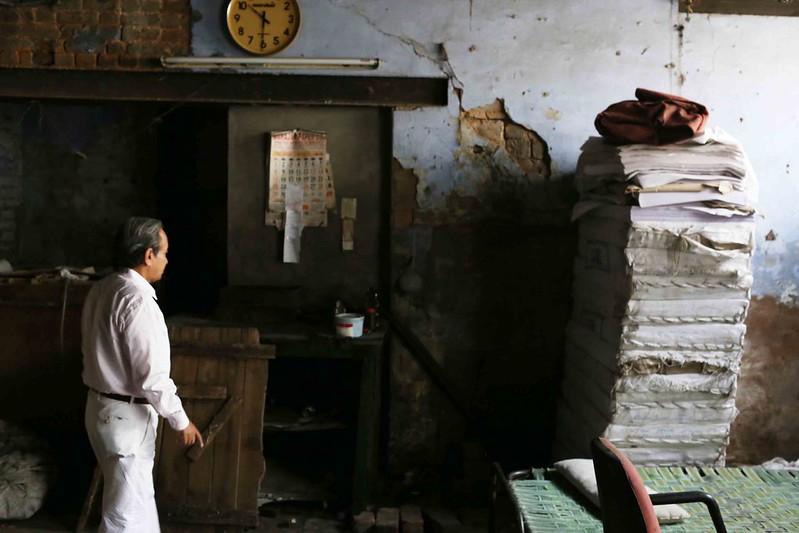 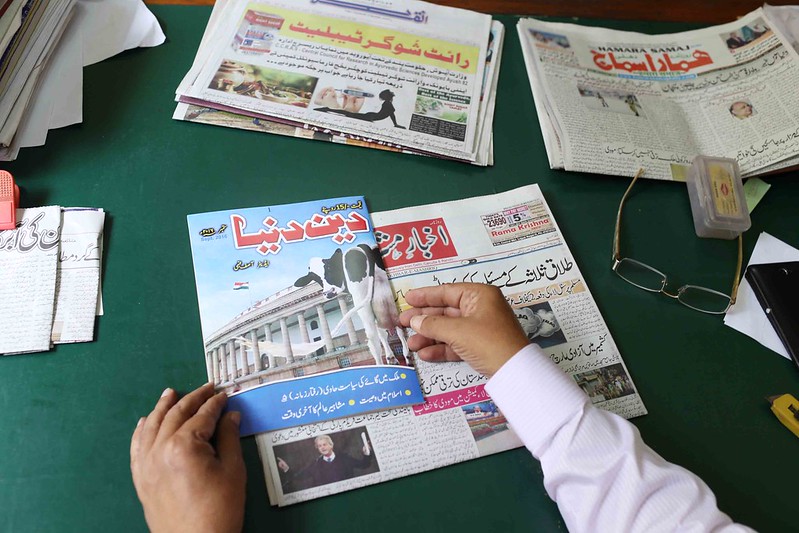 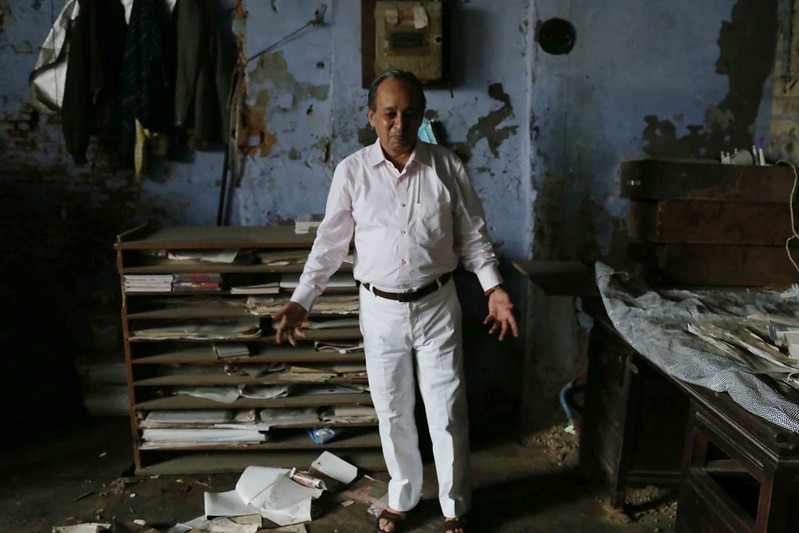 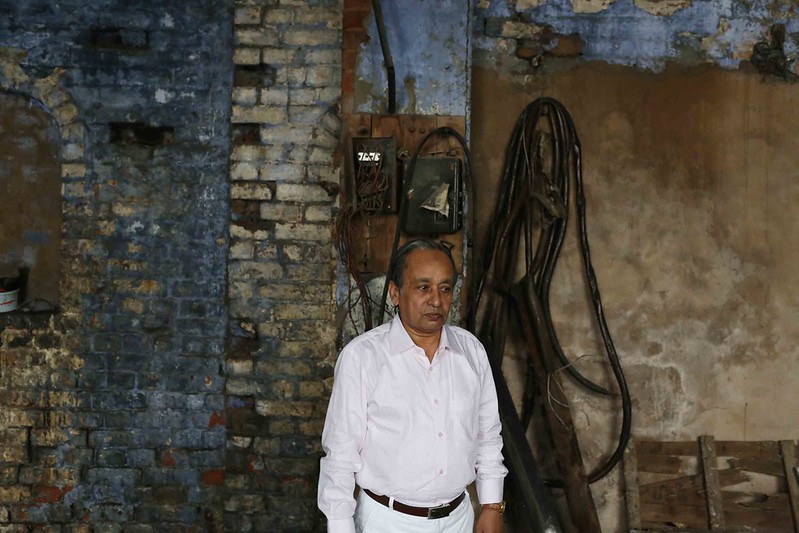 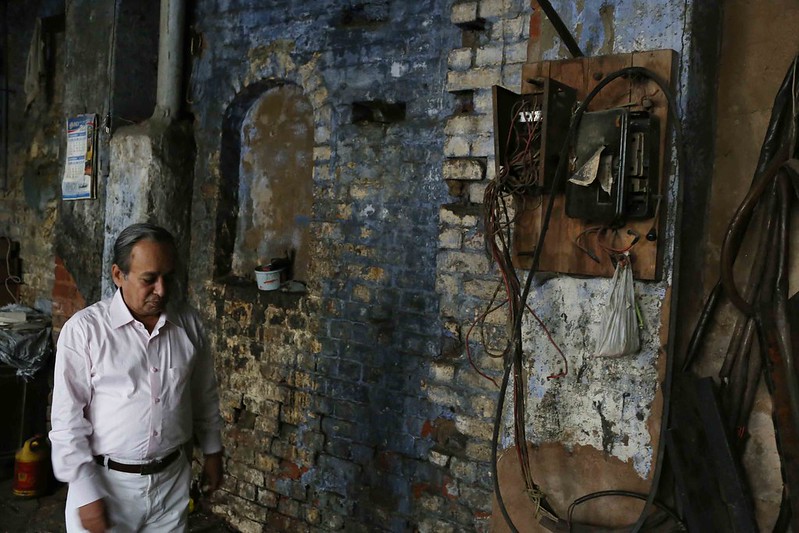 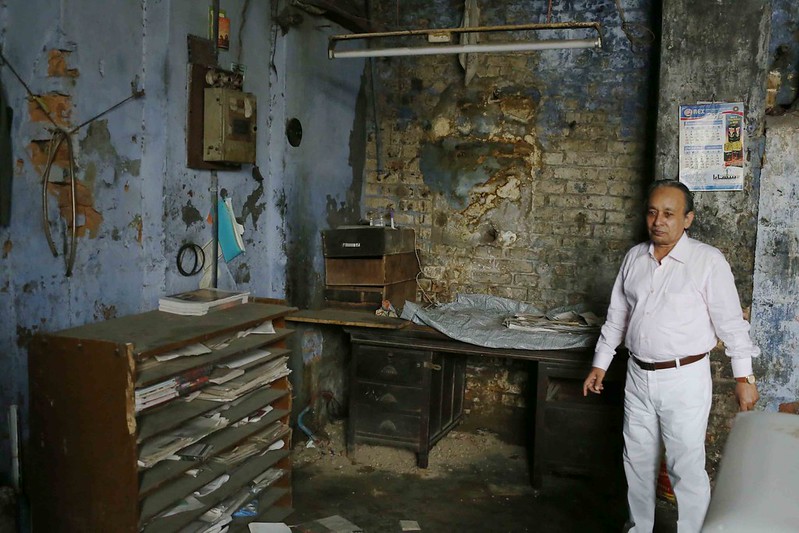 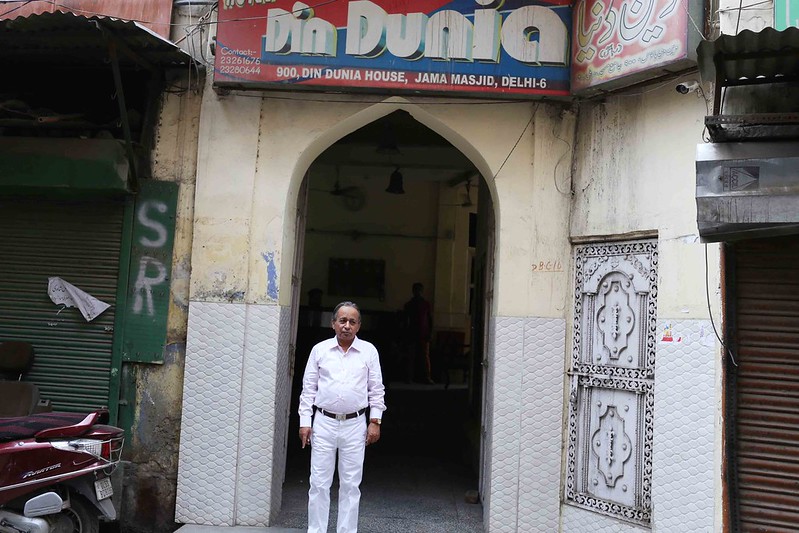