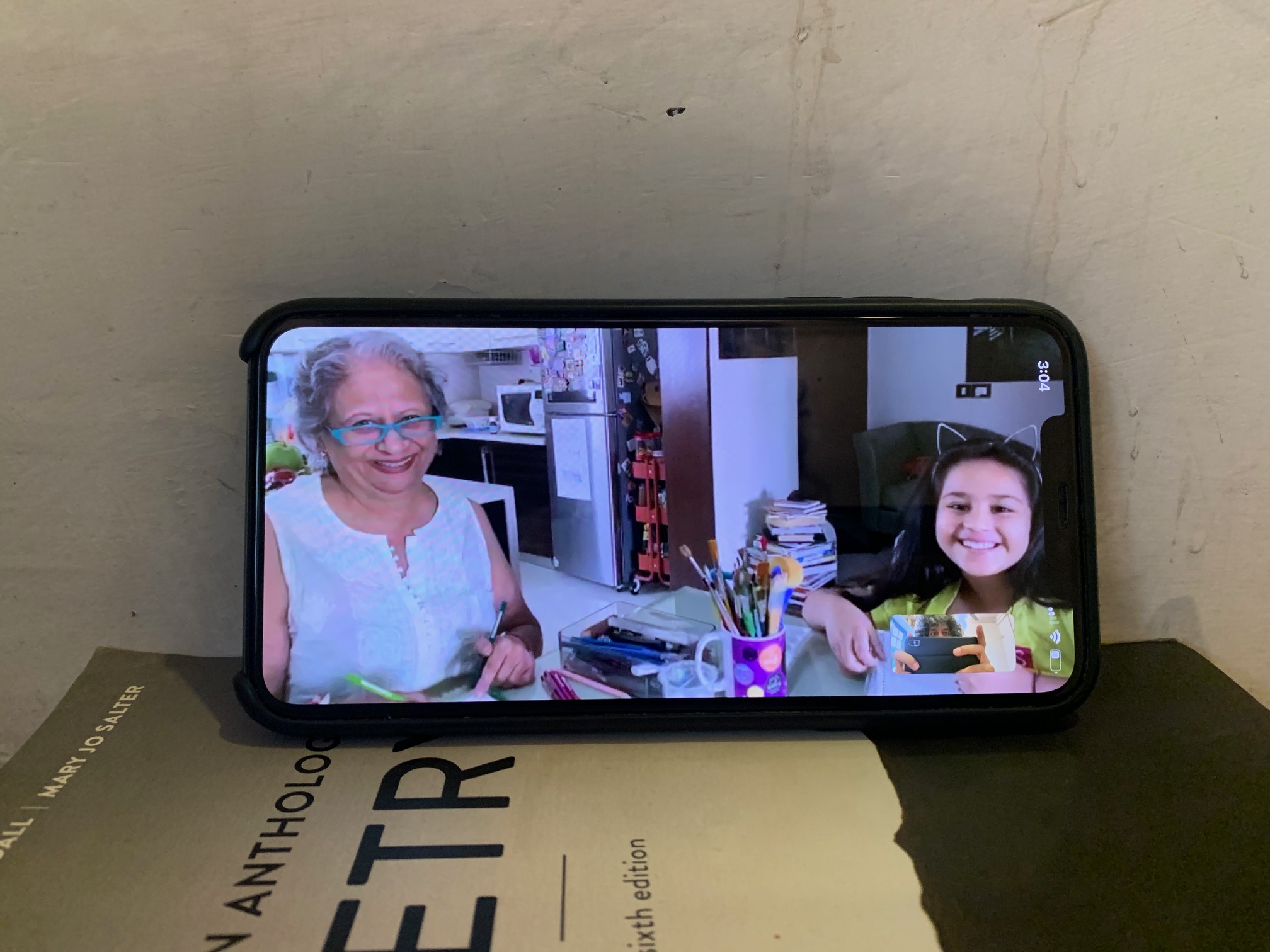 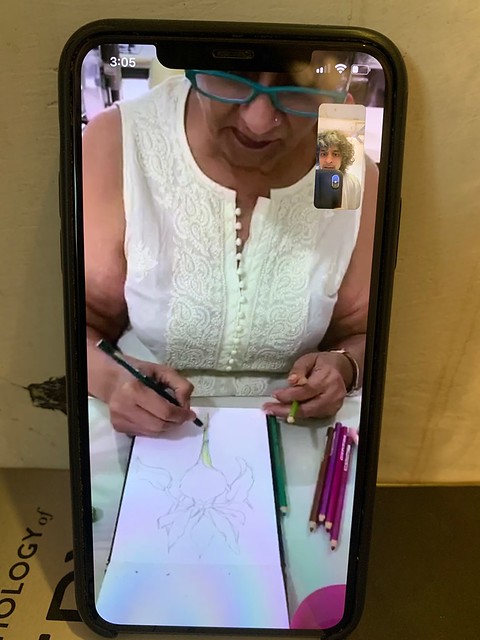 She sure is an artist but something’s not right with the frog she has drawn. The eyes are popping out in opposing directions. The nose is looking somewhat odd. Surely she’d be better off with another try.

Now, it should be said that not anyone would dare to correct 72-year-old Nisha Gandhi, apart from her 7-year-old granddaughter who made those comments. “Yes, Aanvi gives me very serious critical inputs,” Ms Gandhi confesses cheerily, her voice tinged with pride at her granddaughter’s sophisticated discernment in matters of art. Both ladies got into the habit of making daily sketches and drawings during the long lockdown. They are part of a WhatsApp group in which the moderator sends out a “prompt” every afternoon, and the members must make a drawing based on the theme within 24 hours. The frog was part of that daily assignment.

“The other day the prompt was the old-fashioned telephone,” says Ms Gandhi on WhatsApp video from the isolation of her daughter’s apartment, in Gurgaon’s Sector 54 in the Greater Delhi Region. She spent some time browsing through the Internet to study the shapes and designs of those early phones, and soon rustled out a painting. “My granddaughter, however, interpreted the old-fashioned phone by choosing to draw an old woman holding a mobile,” she laughs.

The lockdown and its aftermath caused by the ongoing coronavirus pandemic has altered the texture of life. Everyone’s been affected by it in various ways. This unprecedented event has given Ms Gandhi an opportunity to reconnect with her old passion of being an artist. “As a young girl growing up in Delhi, I would participate in various drawing contests,” she says, especially recalling the various prizes she won at the prestigious Shankar’s International Children Competition held annually at Modern School, Barakhamba. But she eventually adapted her ambitions to her parents’ expectations about what was then considered a suitable career for women. She earned a Bachelor of Education degree, became a teacher, and taught English to school students until retiring in 2010.

Meanwhile her hopes of being an artist grew dimmer, until they were ultimately extinguished.

“I was out of touch with my artistic side for the last 50 years.”

That changed in late March, just as the lockdown was about to start. Ms Gandhi, who lives in Delhi’s Dwarka, temporarily shifted base to her daughter’s apartment in the Millenium City, where she soon discovered the aforementioned WhatsApp group. Every morning after breakfast she settles down on the dining table and spends about an hour with her pencils and brushes, drawing a new artwork based on the latest prompt sent by the group’s moderator. So many ideas buzz in her mind that very often she ends up creating two versions on the same prompt, and sends both to the moderator—that good lady has grown spoilt enough to ask Ms Gandhi for the second version on the rare occasion when she happens to receive just a single drawing.

”Coming back to art after such a long time makes me feel good about myself…. it gives me a sense of accomplishment.“

The previous year, Ms Gandhi reveals, brought a drastic change to her life. Her husband, a retired Wing Commander in the Indian Air Force, died, aged 77. Their marriage had lasted 48 years.

“Sketching helped me recover from my great loss,” confides Ms Gandhi. Following a pause, as if adjusting the flow of her thoughts, she explains that “I’m a person who cannot stagnate… you have to accept the changes and move on. There is no other option, and drawing helps me with it.”

But what will happen to her new-found art discipline once the pandemic is over? Perhaps the WhatsApp group might disband one day. And Ms Gandhi too will return to her house in Delhi at some point.

“I will continue to draw, and challenge myself to do better the next time,” she says resolutely.

Once at her home in Dwarka, Ms Gandhi will resume the luncheons she regularly hosted for friends, and in fact will gift away some of the paintings she has been making in this period. “I’ll get the select works nicely framed for them,” she says, adding that she regularly shows her artworks to friends. Some have already chosen the paintings they want for themselves.

Ms Gandhi now poses for a photo shoot with her granddaughter, taking out her sketch pad and tools. In her striking blue-rimmed reading glasses, she is looking like the very image of an artist.

[This is the 340th portrait of Mission Delhi project]

Portrait of an artist 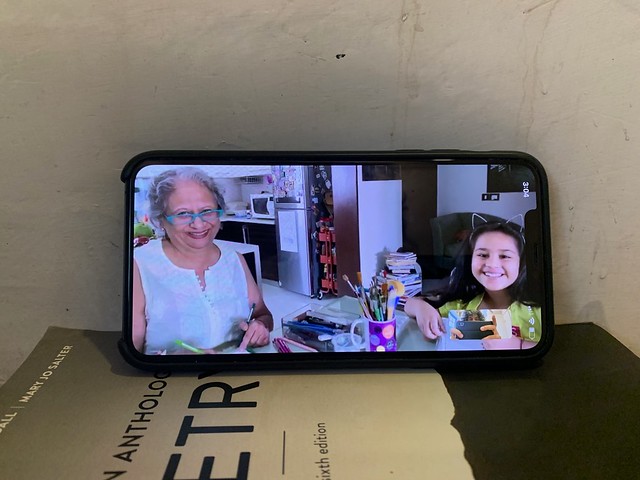 Some art works by Nisha Gandhi 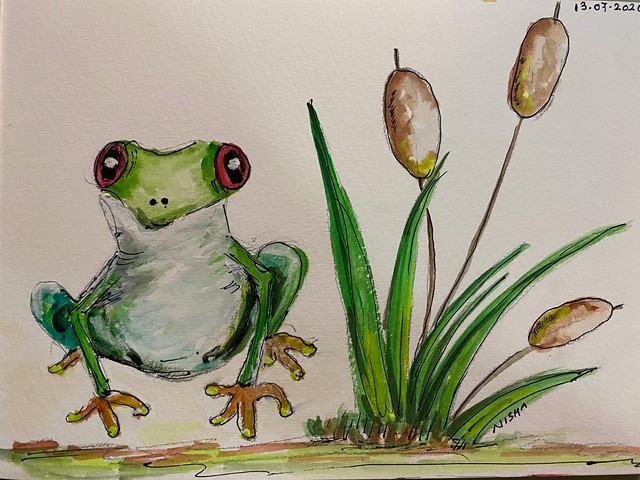 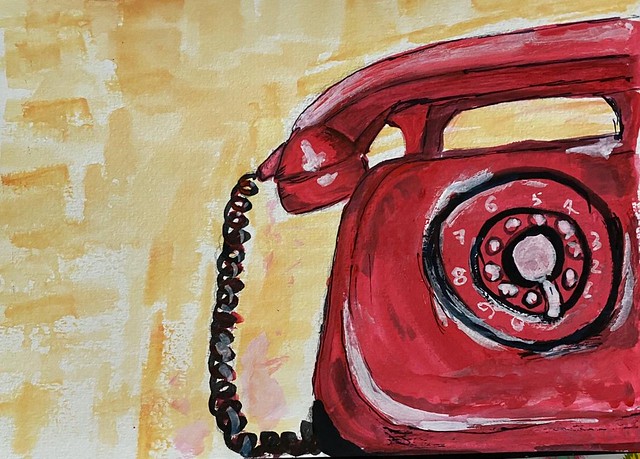 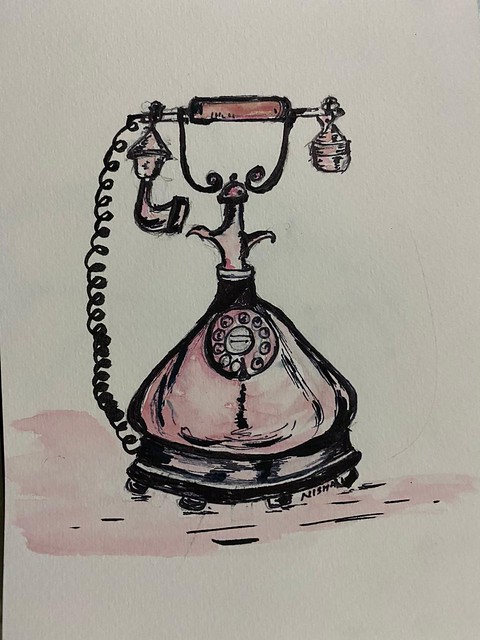 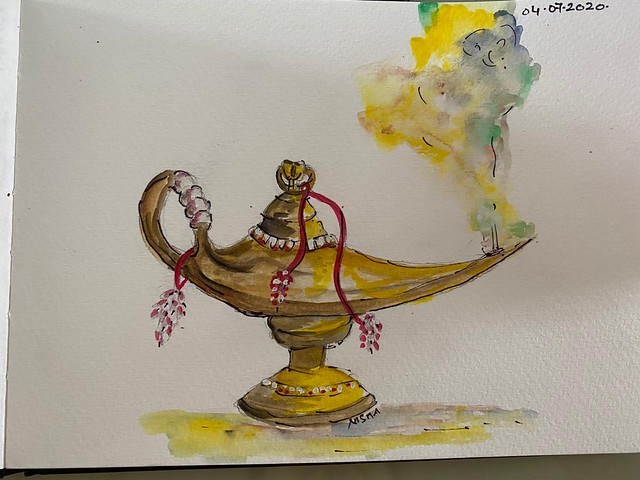 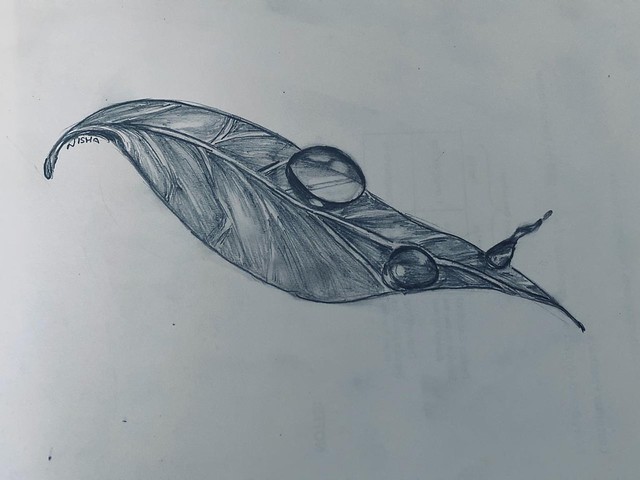 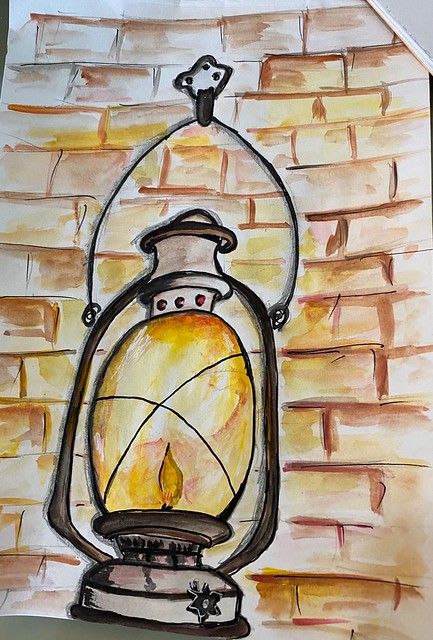