Matia Mahal Bazaar. Midnight. Shutters down. Looking up at the delicate latticework of Old Delhi balconies, he suddenly turns back and stands facing the Jama Masjid.

“It’s awe-inspiring,” says Shankar, looking at South Asia’s biggest mosque, built by Mughal emperor Shahjahan. “It’s more a symbol of power than spirituality and yet, when I go inside, I feel calm,” he says, requesting that his family name not be used for this portrait.

As someone who has seen Vienna, Madrid, Paris, Prague, Amsterdam, Lisbon, Frankfurt, Budapest, Benares, Lahore, Ladakh, Isfahan, Kashkar, Samarkand, Shanghai, Srinagar, Marrakech, Damascus, Beirut and Ankara, Shankar says, “There are a million cities in Delhi… that’s what I love about it.” But he is not blind to its muck. “The place is dirty and that troubles me, but I can also look beyond to see its beauty.” Very often, late in the night, this 27-year-old takes out his bike and rides either to the Walled City, or to a low-income neighbourhood such as Govindpuri.

“I’m not romantic about poverty,” he says, “but I guess that world is more real.”

Stopping at a cigarette stall, Shankar starts talking to the vendor in Urdu. Turning to The Delhi Walla, he again switches into his slangy Hindi. “Ghazab hai yaar (It’s amazing, buddy),” he says. “Dilli mein lutf hain (Delhi is so much fun). I have no words for it.” Surprising, because he also speaks fluent German, his mother being Austrian.

“Mummy came to Dharamshala (a North Indian hill town famous for its Tibetan exiles) as a tourist when she was 28 and met this sadhu 30 years her senior,” Shankar says. “They fell in love, married and had children.” The sadhu, who belonged to the Nath sect and so was allowed to marry, died when his son was four and his daughter six. Shankar’s mother set up a health care centre for the area’s villagers and sent the boy to a Benares school. At 18, he left for Vienna.

“Look at those lampshades hanging from the wires,” Shankar says, pointing to an alley off the main Matia Mahal street. “Old Delhi is so alive. It’s not like those towns in Europe that have become bereft of life. It is not a museum piece. It is living.”

In Vienna, Shankar lived in Landstrasse, a bourgeois neighbourhood with lots of churches and 19th century apartments. Standing at one corner of Chitli Qabar Chowk, this half-white man with long hair and light-brown eyes grows nostalgic about the Austrian spring: “Vienna comes alive then. Girls run around, showing deep cleavages, boys flaunt their muscles and the parks are full with lovers.” As the season ends, the city shrinks back to eight months of restraint and decorum. People walk hurriedly. Nobody talks. “In Vienna, I always missed Delhi,” he says, “but sometimes it gets too much here and then I leave for my mother’s home in the mountains.”

Two Walled City romeos pass by, singing a Bollywood song. Shankar joins the chorus even as their voice fades along with their footsteps. “You can’t think of this in Europe,” he says.

While he had his base in Vienna, Shankar spent more time conducting European group tours in South Asia, including Delhi. “After living in Europe, I looked at this city with different eyes,” he says. “You know, the unpredictability, the thousands of small things that are not spectacular but beautiful in their own way, such as… see, these people having chai on the street side, talking together… you don’t see that warmth in the West.”

Shankar’s father went once to his mother’s continent and stayed for three years, waiting for her to finish her graduation degree. “In photographs, he looks like an archetypical Indian holy man with his dhoti, kurta, pagdi and rudraksh mala,” he says. “In school, I was sometimes ashamed of him. Other boys’ fathers were engineers and doctors, but mine was a sadhu.”

At the next corner, in Sir Syed Ahmad Khan street, the scent of roasting kebabs makes Shankar pause. Ordering seekhs with roomali rotis, he says, “Something happens when I see kebabs being skewered upon these glowing coals. I feel some ancient tribal call within myself as if I were a Muslim in my last birth.”

Shankar’s father was a runaway child from the Himalayas. “Babaji once sold vegetables in this city, in Kashmere Gate. For some time he also worked in a dhaba,” he says. “He was also a folk singer, and you know, singers are always lovers.”

Shankar is also in love. Later this week, his Sri Lankan girlfriend is joining him in Delhi. They plan to live in the city for a few months, not sure what they will do. “I feel sad and angry at the ruthlessness of the rich and the appalling conditions that most people in the city have to bear,” says Shankar. “I want to do something meaningful.” Before that, Shankar, who is temporarily staying with his mother’s friend in south Delhi’s Anand Niketan, must find an apartment. “I’ve discovered a room in Mehrauli and the window opens to Jahaz Mahal,” he says referring to a ruin. “I hope I’ll get it.”

[This is the third portrait of the Mission Delhi project] 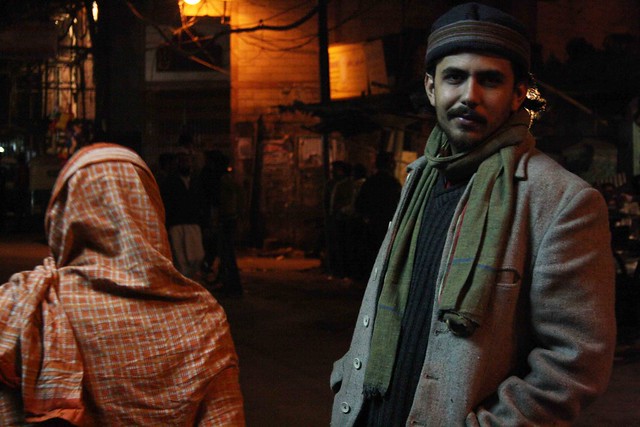 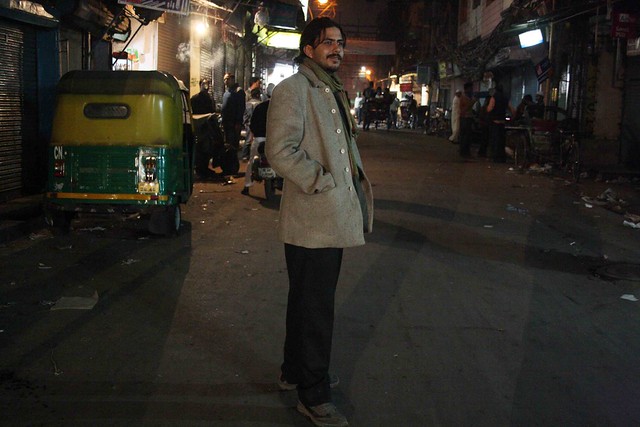