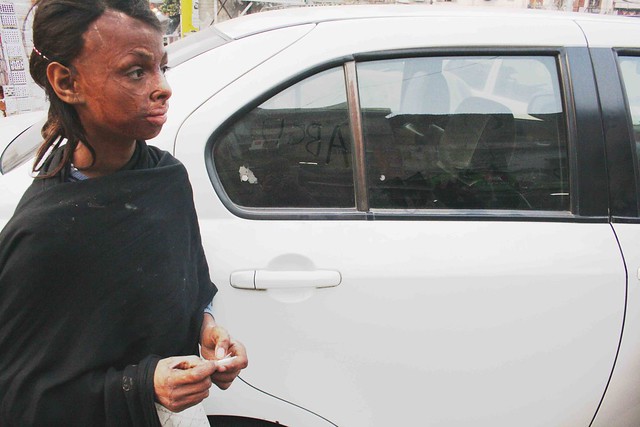 The white man is finally coming out of the little tea shop, tucked into one corner of the busy market square in Paharganj’s Main Bazaar, Delhi’s backpacker district. She quickly approaches him, blocks his way, spreads out her arms and appears to mumble something. He politely listens to her, gently shakes his head and leave. She goes back to the abandoned scooter on which she was sitting and waits for another foreigner.

“I don’t beg all the time,” says Pooja. “I play, too.” From a distance, her disfigured face – she suffered burn injuries as an infant – makes her look as if she is in her mid-thirties. But once you listen to her and look into her eyes, you realise she is a child.

Pooja is 13, and despite the begging and the scarred face, life is not that bad. Perhaps. She has a mother, a sister, three brothers, a house, and a best friend. She also goes to a school.

“It is run by Christian people,” Pooja says. Each morning, she boards a DTC bus from her ‘quarter’ in Rohini, a neighbourhood in the western extremity of Delhi. One-and-a-half hours later, she gets down at Paharganj and heads straight to school. There, along with other ‘beggar children’, she struggles through English, Hindi and maths. The students get free lunch and Pooja, especially, is loved by teachers. “Both sir and ma’am are very nice to me.”

It was at the school that she discovered her best friend, Manisha. “She cares for me,” Pooja says. “Sometimes in the class, I start playing and then Manisha slaps me and say, ‘Study’.”
Wearing a black shawl around a light blue cardigan, Pooja has pierced ears but no earrings. Her voice is calm and she often smiles, though her eyes flit around restlessly.

After school ends at 1 pm, Pooja wanders in the bylanes of Paharganj, which is like a second home to her. She used to live in the slum opposite the police station here. In 2006, under the Supreme Court order, the Delhi government demolished the settlement and sent the displaced families to one-room apartments in Rohini. Soon afterwards, Pooja’s father died. Her two brothers went to live in a 24-hour shelter in Daryaganj. Her mother is now looking for work.

“We were rich,” Pooja says. “My papa had a truck. Even when it stood in the garage, he got Rs 5,000 daily; when it was on the road, he got Rs 10,000. But then Papa made friends with a man who started giving him drugs, and while celebrating the birth of Vishal (her younger brother), this man gave a lot of drugs to papa and cheated him of the truck’s papers.”

By the time Pooja’s father lost the truck, he had become too much of an addict to care about anything. “Papa died two years ago of an overdose,” she says. “Mummy started working as a painter in Rohini, but then maami (aunt) died and she could not go to work for a few days, and lost her job.”

To support the family, Pooja daily spends a few hours accosting foreign tourists in Paharganj streets. “I tell the goras (white people), ‘I study, I have no papa, please help me.’ Sometimes, if it’s a nice angrez (foreigner), he gives me Rs 1,000 or Rs 500.” She gives a part of the earning to the mother and keeps the rest. “I’m saving money so that I can arrange for a stall for my brothers when they grow up.”

As the family’s big sister, Pooja wants her brothers “to make a good living” so that they can take care of the mother and “arrange a good home for my sister”.

By now, she is looking bored. The girl gets off the scooter, walks up the bazaar looking for best friend Manisha who, too, is begging somewhere around. It is time to play.

[This is the sixth portrait of the Mission Delhi project] 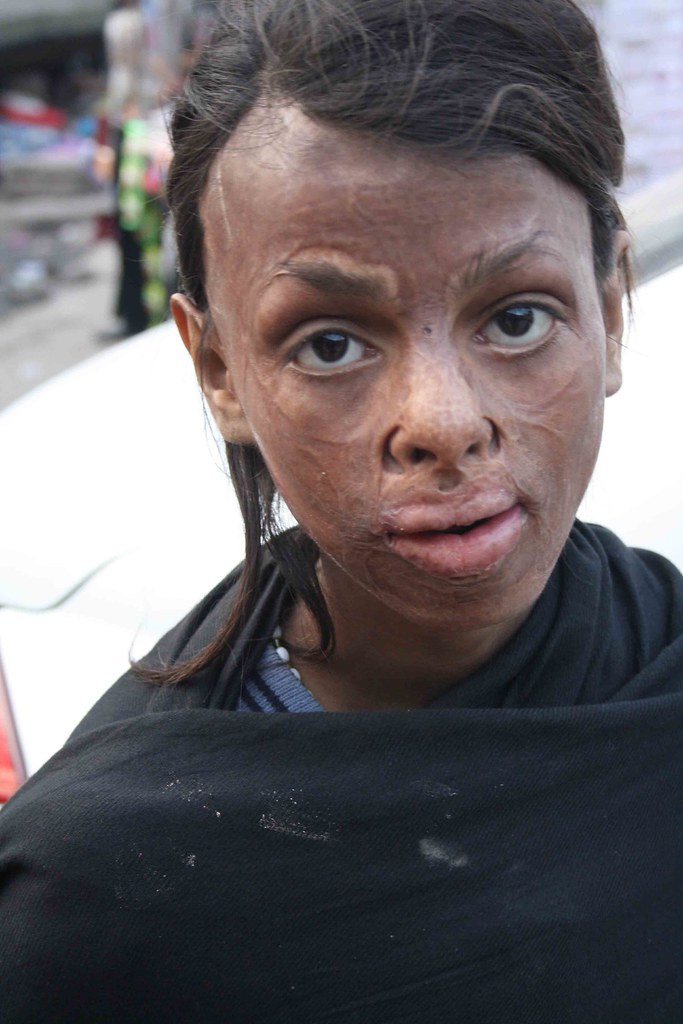 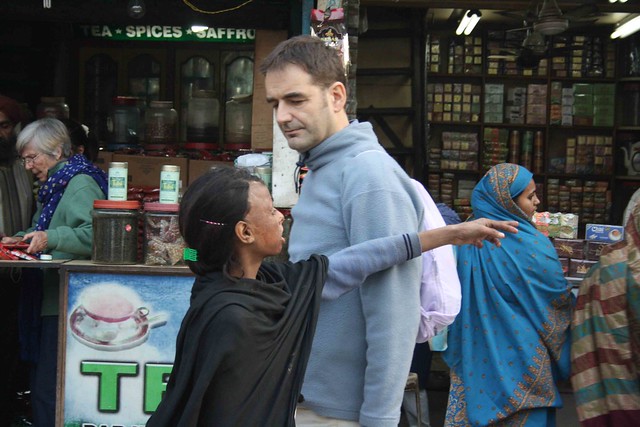 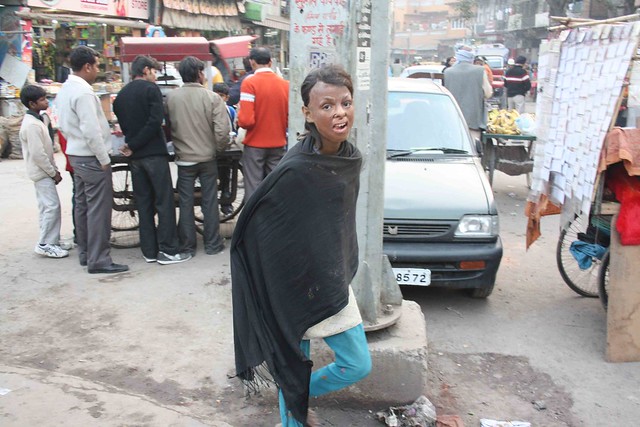 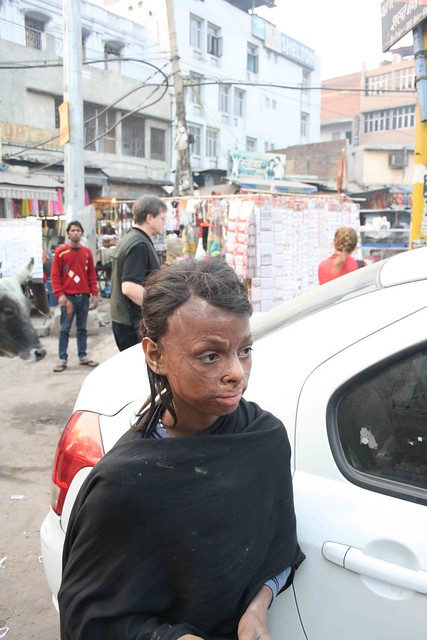 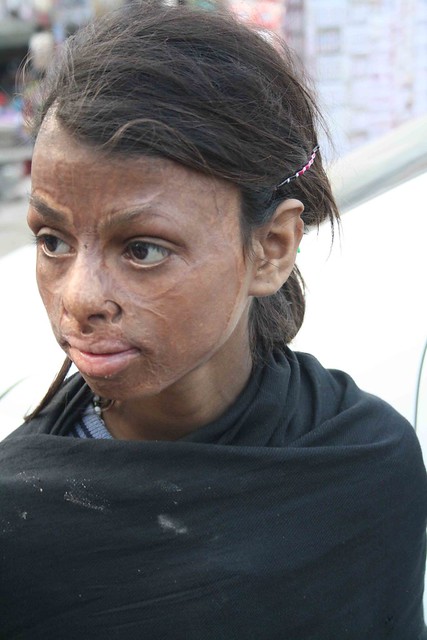 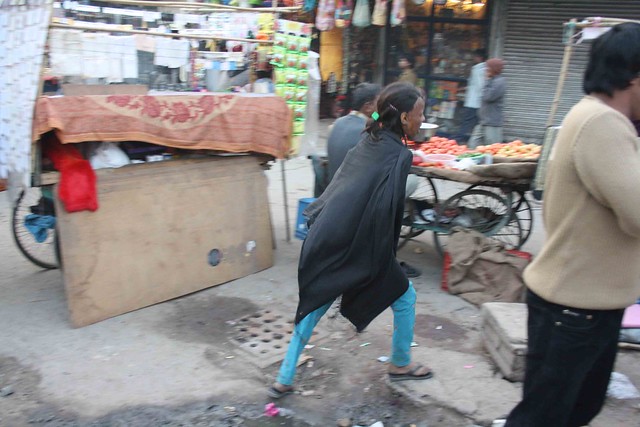