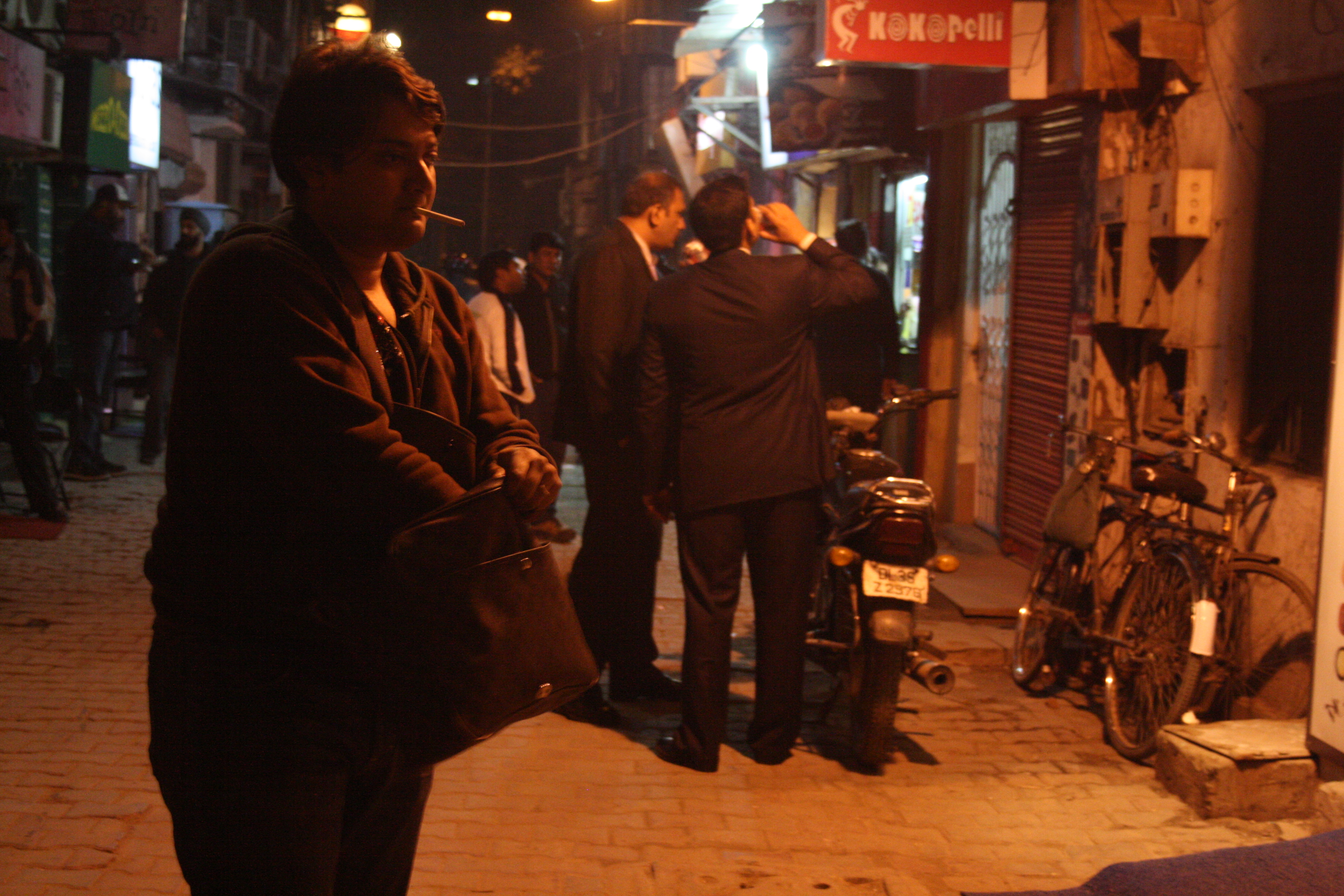 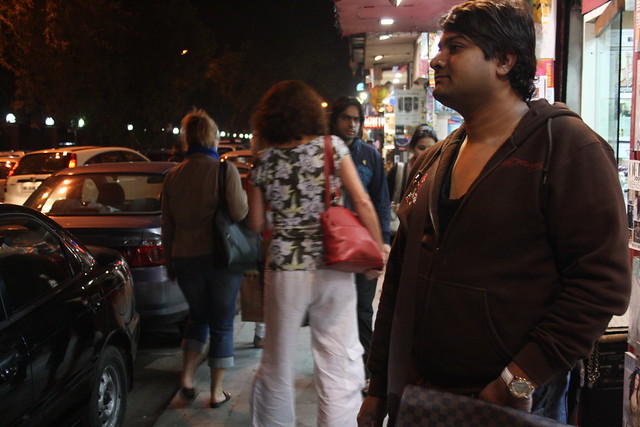 “Where’s the doorman?” Outside the entrance of Sidewok, a dimly lit Chinese eatery in Delhi’s upscale Khan Market, Sumanta Roy refuses to go in till the guard appears and opens the door for him. A man of style, he is a brand-sensitive consumer of classy dressing and fine taste who expects good service when paying for it.

Once Mr Roy did not care for branded accessories. Five years ago, while dressing for a party, he realized that the reflection on the mirror was just not him. He immediately decided to get a good wardrobe. Like everybody else he knew, he could not afford to buy everything at one go. So he started collecting one at a time.

“Brands may not make you a man but they surely boost up your confidence and make you feel ten feet taller,” says Mr Roy who measures up to five feet nine. This cheery Bengali man lives in a rented apartment in Amar Colony, a south Delhi neighbourhood popular with young professionals and college students. “If you don’t wear brands, people in your circle won’t give a crap.”

While Mr Roy earns a decent income, he is judicious in spending and manages to live like Delhi’s rich people. He buys groceries in Khan Market, goes for vacations in Bali, attends parties in tony South Delhi restaurants and occasionally snorts ‘Charlie’.

But he never buys clothes by Indian designers. “I can’t carry them off. They are not street wear and have no value for money.” Mr Roy sheepishly confesses that once he bought a Rocky S jeans (Rocky S is a Bombay based fashion designer popular with film stars). “But after seeing 7 for All Mankind and True Religion, I don’t feel like going back to Rocky S.”

As someone who has been to London, Singapore, Dubai, Bangkok and Kuala Lumpur, Mr Roy avoids shopping in India. “Delhi’s branded stores are expensive and they keep last season’s stock which they call fresh.” That doesn’t stop him from regularly coming to Khan Market. “It’s bright and vibrant with so many well-dressed positive people. You feel good here.” He also hangs out in PVR Saket shopping complex for its pavement bookstalls, beer bars and clubs. Inspite of these attractions, he misses Calcutta, his hometown, terribly.

“In Calcutta, you can party till 7 am, not possible in Delhi. Besides, Calcutta has better Chinese food. It also has a rich Anglo-Indian culture and people there grow up on books and music.” Once, in Delhi, Mr Roy was reading a novel on way to the office when his co-passenger in the cab enquired if he were pursuing English Honours. “Delhiites don’t realize that one can read for pleasure.”

Mr Roy inherited this passion for reading from his father, who died of a cardiac arrest four years ago. “It was March 17th; my mother’s birthday,” Mr Roy says. “I miss Baba so much. When I close my eyes, I see him in his uniform.” The older Mr Roy was an additional superintendent of police who spoke English with style and was an admirer of William Shakespeare, Charles Dickens, Leo Tolstoy and Guy de Maupassant. He often advised his son to have a dictionary as his best friend.

The father’s books will one day pass down to Mr Roy. For now, his mother, Iti, reads them in the family home in Salt Lake, Calcutta. He goes there frequently to be with her. Every month he sends a part of his salary to cover the mother’s medical and food bills.

When Mr Roy’s father was cremated on the banks of the Ganga, he performed the last rites and despite his relatives saying that there was no need to do so, he followed the Hindu ritual of shaving his head. “I wanted to do it. I had only one father and I wanted him to rest in peace.”

Initially, Mr Roy’s father was uncomfortable about his son’s ‘alternative lifestyle’ but later came to terms with it. “Baba loved me and wanted me to be what I wanted to be.”

Has he become what he wanted to be?

“Why,” exclaims Mr Roy. “People dream of my kind of life. Tell me how many people in Delhi own a Louis Vuitton? Yes, I’m very happy.”

[This is the 10th portrait of the Mission Delhi project] 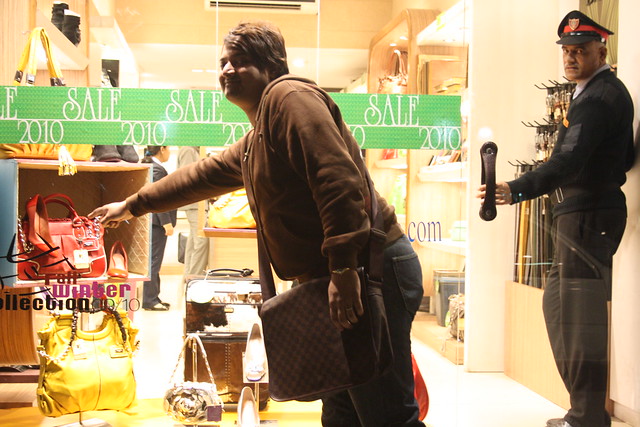 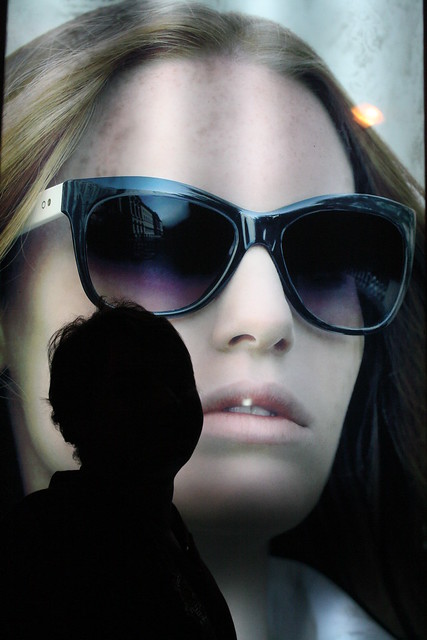 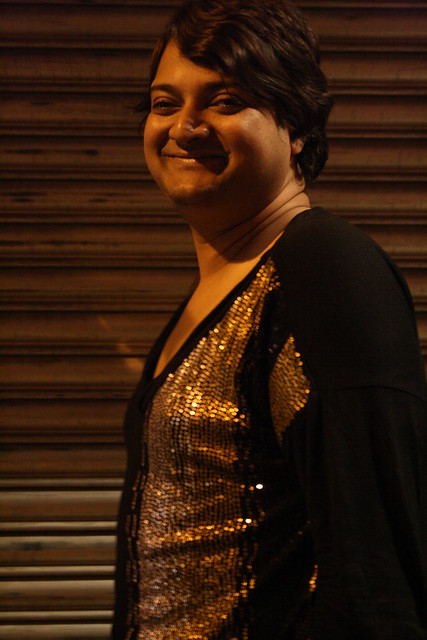 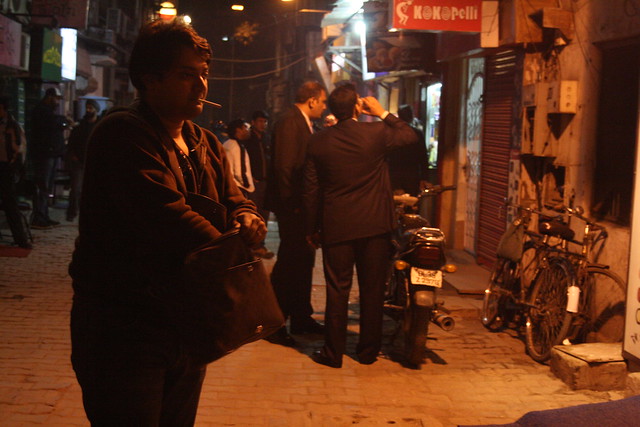 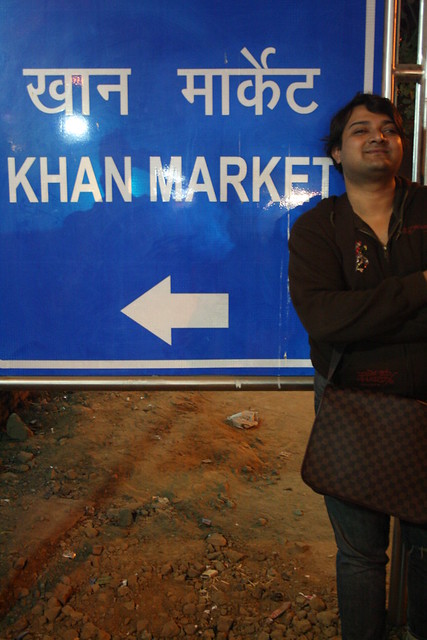