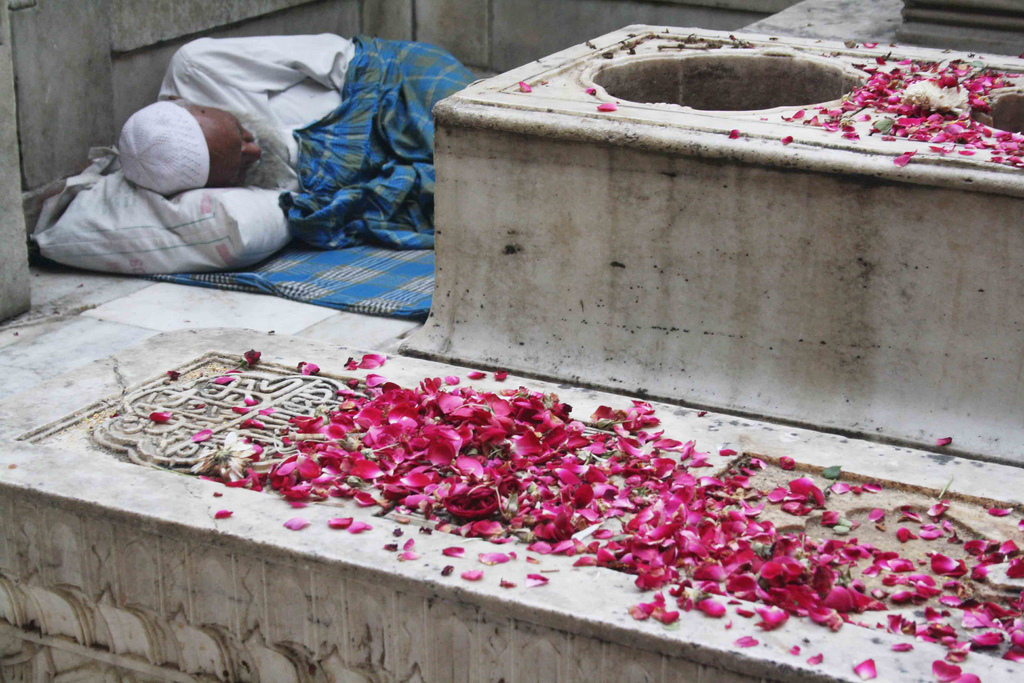 Razia Sultan, Nur Jahan, Princess Diana. The most famous women in history are usually caricatured as saints or sluts, or both. Their lives are reduced to tragedies or travesties. Jahanara Begum (1614-1681) defies such stereotypes. The eldest child of Mughal emperor Shahjahan and Mumtaz Mahal, Princess Jahanara composed poetry, commissioned mosques, laid out gardens, and wrote biographies. She designed Chandni Chowk, Old Delhi’s signature street. She never married and had several affairs. No known likeness of her exists in paintings.

Born in Ajmer, raised in Agra, Jahanara died in Delhi, aged 67. A power broker in the court of two emperors, she found her calling in Islamic mysticism. Her tomb lies in the shrine of 14th century sufi saint Hazrat Nizamuddin Auliya. The pilgrims refer to the princess as fakeera, an ascetic.

Jahanara was Shahjahan’s preferred child. French traveler François Bernier, who visited India in that period, wrote, “Shahjahan reposed unbounded confidence in this his favorite child; she watched over his safety, and was so cautiously observant, that no dish was permitted to appear upon the royal table which had not been prepared under her superintendence.” Italian traveler Niccolao Manucci, another witness of those times, wrote, “Jahanara was loved by all, and lived in a state of magnificence.”

After her mother’s death, Shahjahan bestowed upon Jahanara, then 17, with half of Mumtaz Mahal’s property worth Rs ten million. Her annual stipend was raised from Rs 600,000 to Rs one million. The royal seal was entrusted to her.

Manucci wrote that Jahanara had incestuous relationship with her father, a claim rejected by Bernier. Both agreed that the princess had many lovers, who would be nightly smuggled into her apartment. They also claimed that she indulged in singing, dancing, and acting. Sometimes she was so drunk that she was unable to stand.

The pursuit of pleasure ran parallel with the search for spirituality. Jahanara was initiated into the Qadiriyya order of sufism by Mullah Shah Badakhshi of Lahore. Her book Risālah-i Ṣāḥibīyahwas was based on the life of Mullah Shah, her spiritual mentor. She was also a follower of the Chishti saints Nizamuddin Auliya of Delhi and Khawaja Moinuddin Chishti of Ajmer.

In 1644, two days after her birthday, Jahanara’s garments – perfumed with fragrant oils – caught fire and she was seriously burned. The disfigured princess – her body still hurting – went on a pilgrimage to Moinuddin Chishti’s shrine in Ajmer. Within a year of the accident, she had completely recovered. In gratitude, Jahanara built the shrine’s marble pavilion, now known as Begumi Dalan, and wrote Mu’nis al-Arwā, Moinuddin Chishti’s biography that is acclaimed for its literary craftsmanship.

Jahanara was the beloved sister of both Dara Shikoh, the anointed heir, and Auranzeb, Dara’s rival brother. In 1659, Aurangzeb killed Dara, paraded his headless body in Delhi’s bazaars, imprisoned father Shahjahan in Agra Fort, and made himself India’s emperor. Although Jahanara had openly sided with Dara in the succession wars, and later faithfully tended to her exiled father, she retained Aurangzeb’s affection.

After their father’s death, Aurangzeb appointed Jahanara as the first lady of his court. Her annual allowance was raised from Rs 1 million rupees to Rs 1.7 million and she was given a grand mansion in Delhi where Aurangzeb would spend hours conversing with her.

By outwitting the maneuvers of her scheming sister Roshanara Begum and enjoying influence with Aurangzeb – a brother who had killed her much-loved sibling – Jahanara showed that her sufi inclinations did not weaken her survival instincts.

Her most memorable legacy is Chandi Chowk, the principal bazaar of Shahjahanabad, the new city of Delhi that was founded by her father in 1639. Designed by the princess, the bazaar had a 40 yards wide and 1520 yards long street. A tree-lined canal flowed along its length. Now there is no canal in Chandni Chowk. Most trees have been chopped. But a few miles away towards the south, rose petals are offered daily on Jahanara’s simple grave in Hazrat Nizamuddin Dargah. Enclosed with screens of marble latticework, it looks to the sky.

The epitaph inscribed on a marble slab is in Persian.

He is the Living, the Sustaining.
Let no one cover my grave except with greenery,
for this very grass suffices as a tomb cover for the poor.
The annihilated fakeera Lady Jahanara,
Disciple of the lords of Chishti,
Daughter of Shah Jahan the Warrior
(may God illuminate his proof).