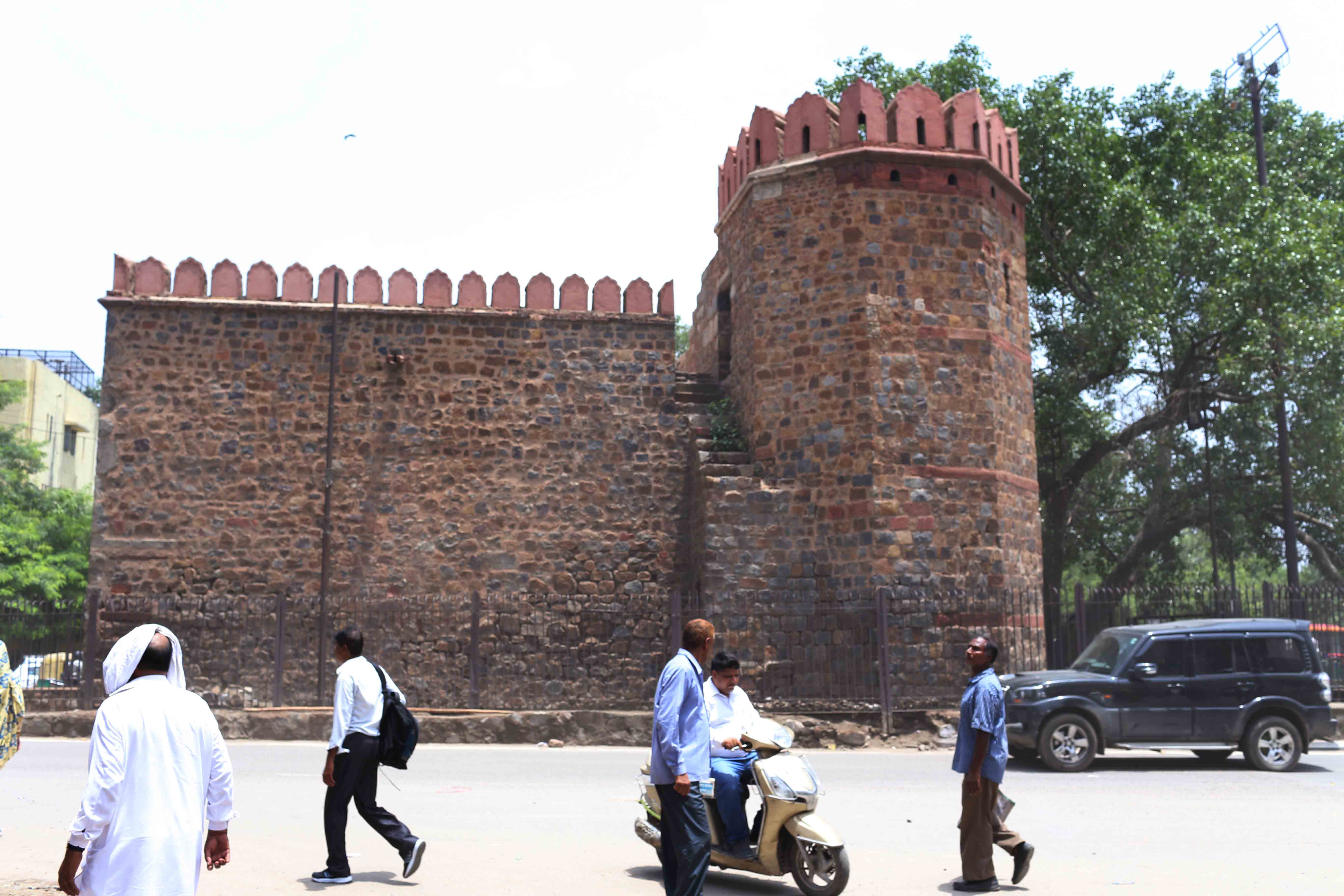 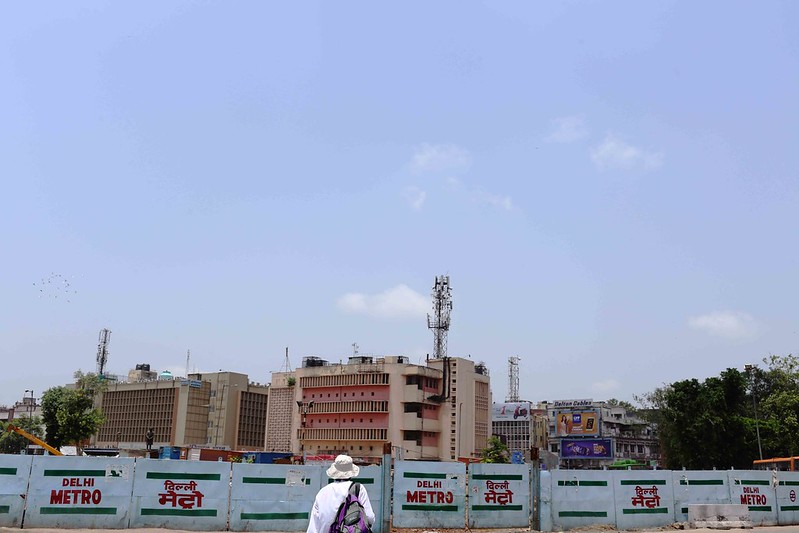 Trips to Jama Masjid will soon become easier. The trial run of the eagerly awaited and much postponed Heritage Line of the Delhi Metro will begin in August 2016, according to the Delhi Metro Rail Corp. (DMRC). An extension of the Violet Line, this route, expected to open soon to the public, will connect Central Secretariat to Kashmere Gate.

At present, ITO is the last stop on this underground stretch of the Metro. The opening of the next three stations—Delhi Gate, Jama Masjid and Red Fort—will make it a truly Heritage Line.

Don’t take this as a complaint, but it is a pity that the requirements of commuting comfort will compromise the charms of the many-faceted world that exists between ITO and Jama Masjid. For this is a rare quarter that contains some of Delhi’s most historic buildings—and landmarks overlooked by most guidebooks. Alas, most of us Metro Card holders will perforce be restricted to our air-conditioned coaches, with nothing to see but the darkness outside.

Till the Jama Masjid Metro station opens in November, The Delhi Walla offers you a 14-stop plan to help you experience a memorable walk down this magnificent but mostly overlooked “heritage” route that also boasts of an iconic sex clinic.

Start at 8am with breakfast at The Coffee Bean & Tea Leaf in Khan Market. Ask for the excellent Classic Bircher Muesli studded with apple and coconut slices and fresh pomegranate seeds. Eavesdrop on the chatter of young housewives who gather at a table there at this hour every day. Once you’ve had your fill, walk to the Khan Market Metro station and get on the train to ITO.

Exit from the ITO Metro station’s Gate 3. The plaza outside has black benches whose shiny surface reflects the sky as clearly as glass. Sit and watch the commuters emerging from the station—a few of them will be holders of the bylines you see in your morning paper. For many newspapers operate out of this area.

Look out for the building just behind the Metro station. Its facade is decked with drainage pipes painted in purple, orange, green and blue. It looks like a hipster’s art installation (no, seriously!).

Start walking down Bahadur Shah Zafar Marg. Look right. You will see an ugly building plastered with mosaic panels showing figures in different costumes. That’s Shankar’s International Dolls Museum. It houses one of the world’s largest collections of dolls—more than 60,000, from all parts of the world, including a witch from Norway and a jazz musician from Harlem.

Keep to the right side of the road. You will soon spot the dimly lit Udupi Café. It has the unpretentious look of one of those south Indian eateries that don’t need to jazz up their interiors to attract clientele. The dependable dosas and idlis do the trick. The filter coffee is a must.

Cross The Times Of India building and turn right into a lane. Beyond is the Delhi Gate Qabristan. Many Old Delhi Muslims are buried here—one new grave here is of the famous cook Kallu Mian Nihariwalle, who died in April. The cemetery looks a little wild, with its giant unwieldy trees and tall grass. Pink bougainvillea creepers kneel over some of the graves. The tombs are arranged as haphazardly as the houses in the Walled City. You can also see cats on the prowl.

Walk towards the main road, leaving the buildings behind. You are now in front of Shaheedi Park, a city secret. Most days you will see only a few sleeping souls in this laid-back garden, or a gardener preparing the flower beds against the backdrop of Bhagat Singh’s statue. A slab says the park was built in the very place where, in September 1928, the revolutionary freedom fighter “decided to form the Hindustan Socialist Republican Association to establish an independent Socialist Republic in India”. The garden is also home to a Sufi shrine—just a grave covered with green and red chadars.

Further ahead, the road divider turns into a grassy expanse with an old gateway. This is Khooni Darwaza, or the “bloodied gateway”. Old Delhi natives maintain that blood still drips from its stone walls during the monsoon. I couldn’t verify that, but the overgrown grass and fallen tree branches ably substitute for unseen ghosts. The gateway, built by Sher Shah Suri, was used by the Mughals to exhibit the heads of the people it executed. It is also believed to be haunted by emperor Bahadur Shah Zafar’s sons. They were killed there by the British after the uprising of 1857.

The next stop should be the Delhi Parsi Anjuman, a community centre for the city’s minuscule Parsi community. Step in to have a look at the Kaikhusuru Palonji Katrak Dar-e-Meher, the only Parsi fire temple in north India. A non-Parsi is not permitted to enter the shrine but visitors can admire the architectural representation of the fire at the top of the temple.

Cross over to Netaji Subhash Marg and you will reach Delhi Gate, one of the four surviving gateways to Old Delhi. The mountains of garbage dumped around the Mughal-era monument might appear to the historically minded as the perfect symbol of the decline and fall of great cities.

To your right will be the Daryaganj police station on your right. Built in 1930, the whitewashed colonial-era building looks like a block of Connaught Place’s Inner Circle.

Every Sunday, the pavement on the left side of Netaji Subhash Marg becomes the famous weekly bazaar of second-hand books. This lane in Daryaganj is also home to landmarks such as the Golcha cinema, one of the city’s few surviving single-screen theatres, the Moti Mahal restaurant, which claims to have invented butter chicken, and the legendary Sablok Clinic, which describes itself “since 1928, (as the) best sexologist of male sex problems, like night fall, low sperm count, penis enlargement, impotency and dhat problem treatment”.

The walk would be incomplete if you didn’t sneak into the humbly named Big Book Bazar shop. Every book here, be it a Charles Dickens or a Chetan Bhagat, is sold by the kilo—absolutely no discrimination on aesthetic grounds. The shop has great stacks of coffee-table books imported directly from England. Don’t forget to view the tower of Shakespeare—copies of Complete Works are stacked one on top of the other.

Cross to the right and keep walking until you reach the Aap Ki Pasand Sancha Tea shop. It’s cool and quiet, with very inviting cane chairs. Everyone who enters is served a complimentary cup of iced Earl Grey. You might be served more teas (for free) if you show interest enough to be seen as a potential customer. Abhishek Singh, the kind store manager, offers an engrossing tour of the exotic tea shelves.

Walk straight, and turn into a narrow lane just before the Prince Pan Centre. You will reach Dargah Sabri, Delhi’s calmest and cleanest Sufi shrine. A giant tree stands in the vast courtyard. The Sufi saint’s tomb has a string of chandeliers. There is also a pool with a marble fountain. The adjacent mosque had only one man praying the day I was there. It feels as if you have left the city far behind.

If you walk straight, you will see Jama Masjid on your left and Red Fort on your right. Details on these can be easily left to any jaded guidebook.

Over the Metro line 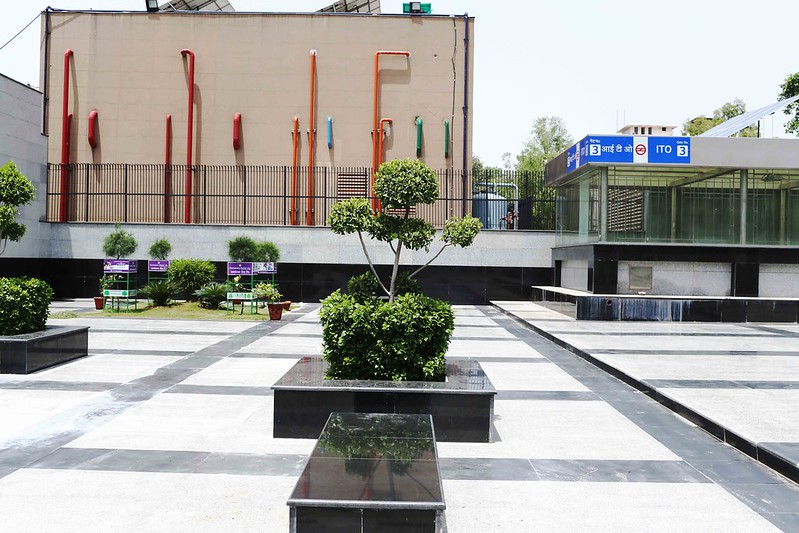 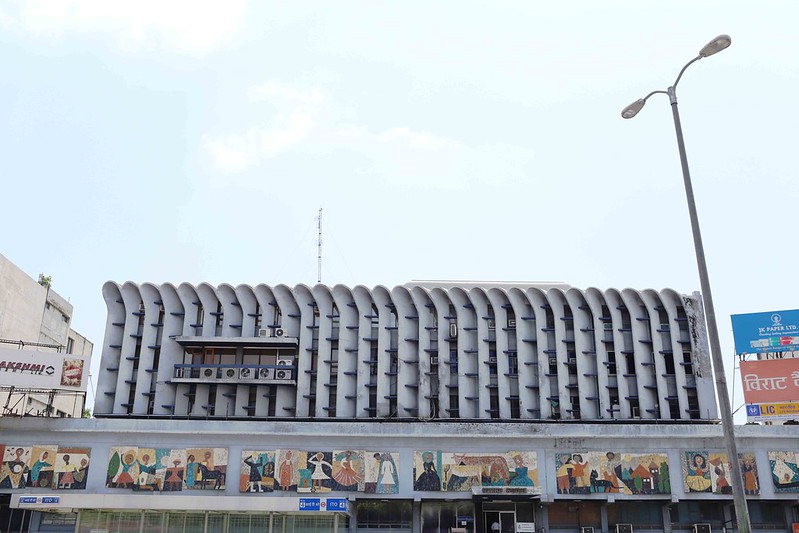 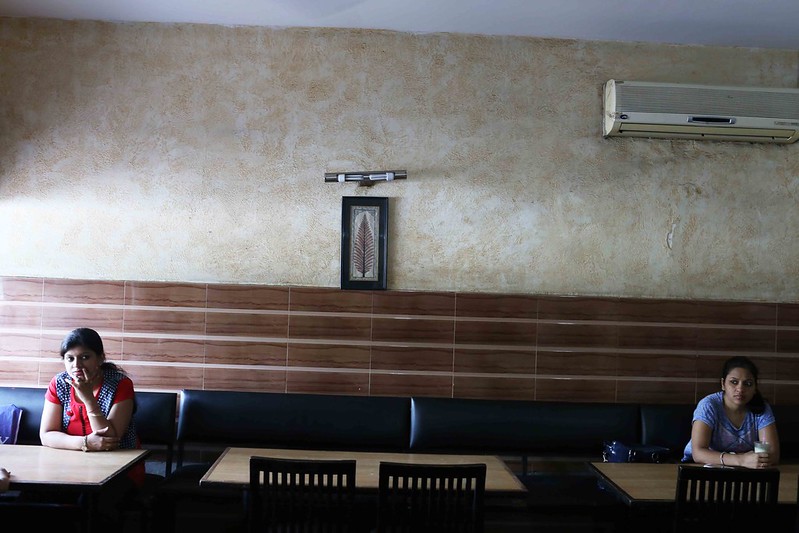 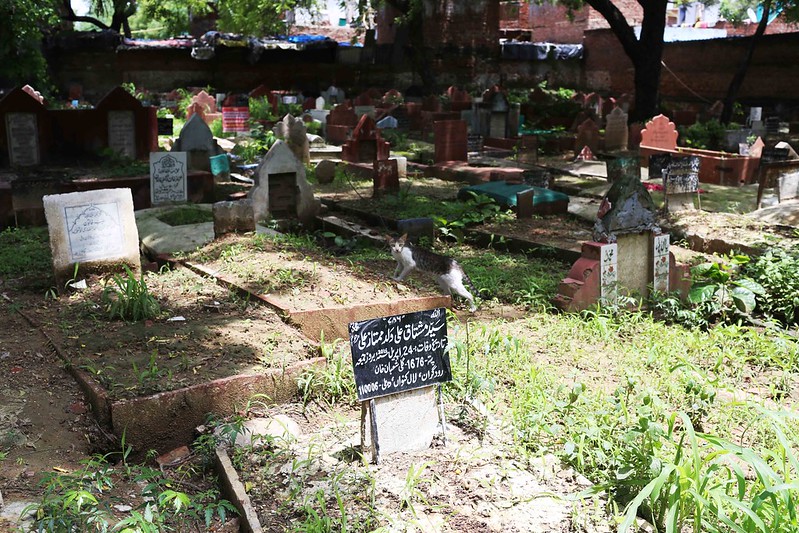 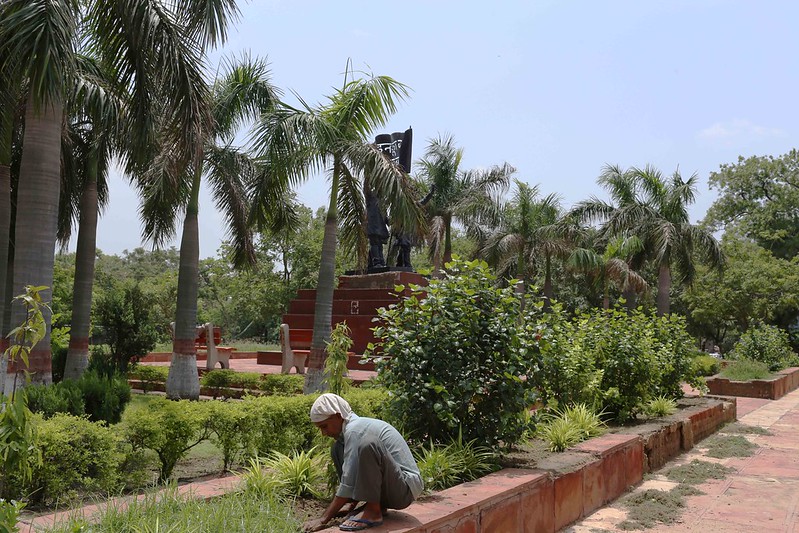 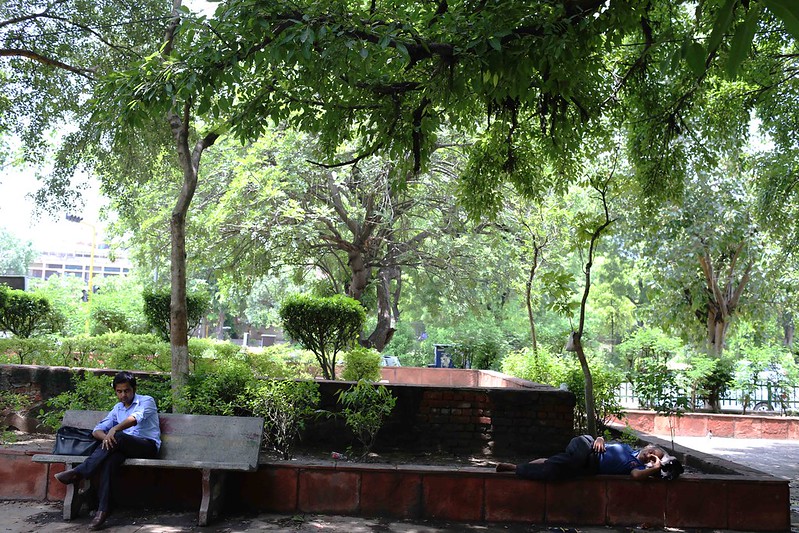 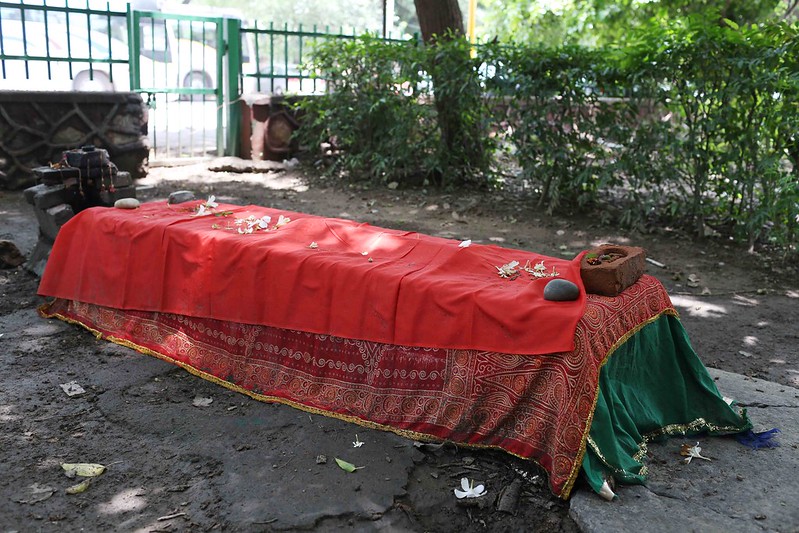 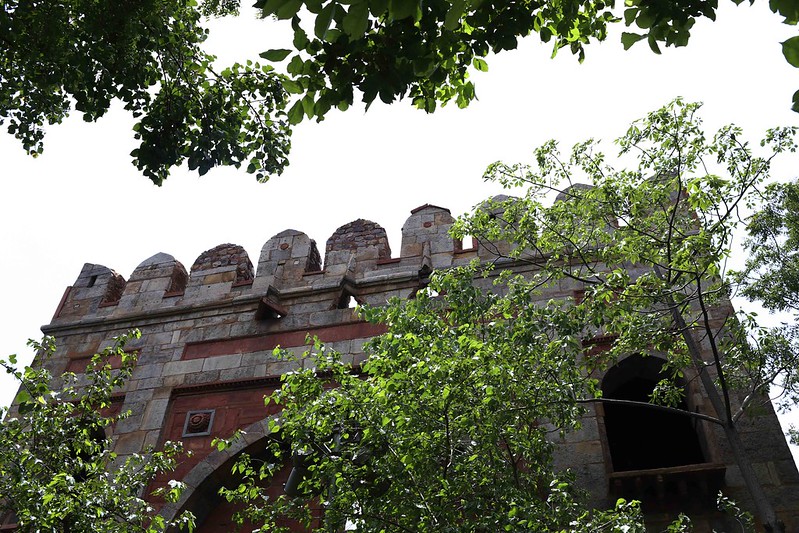 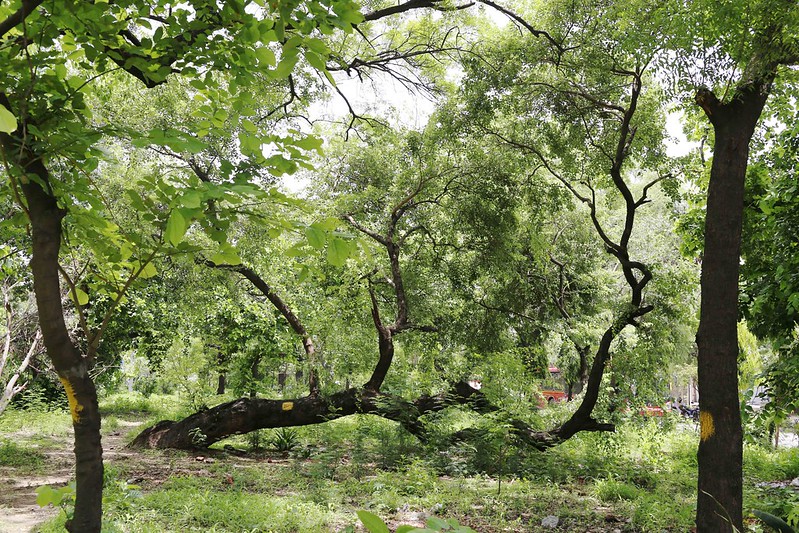 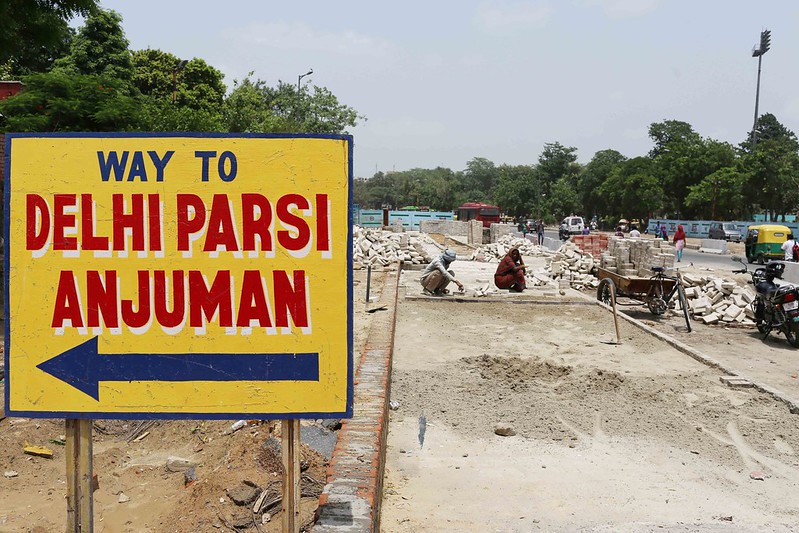 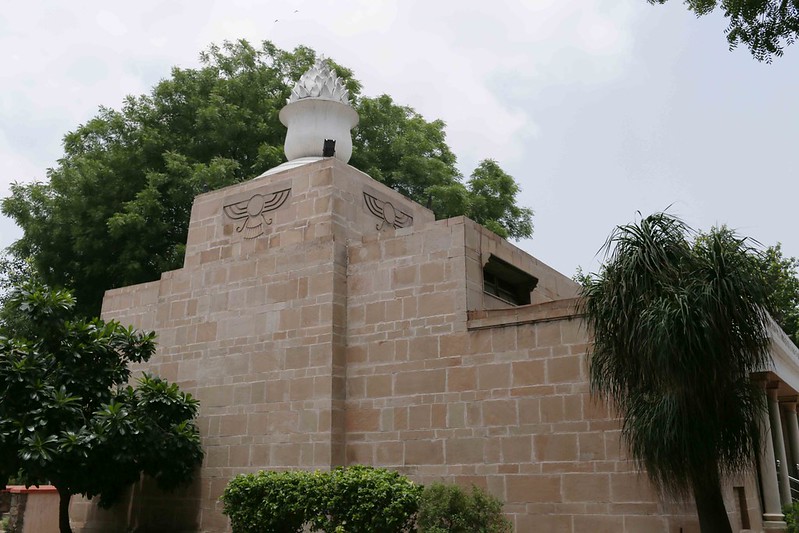 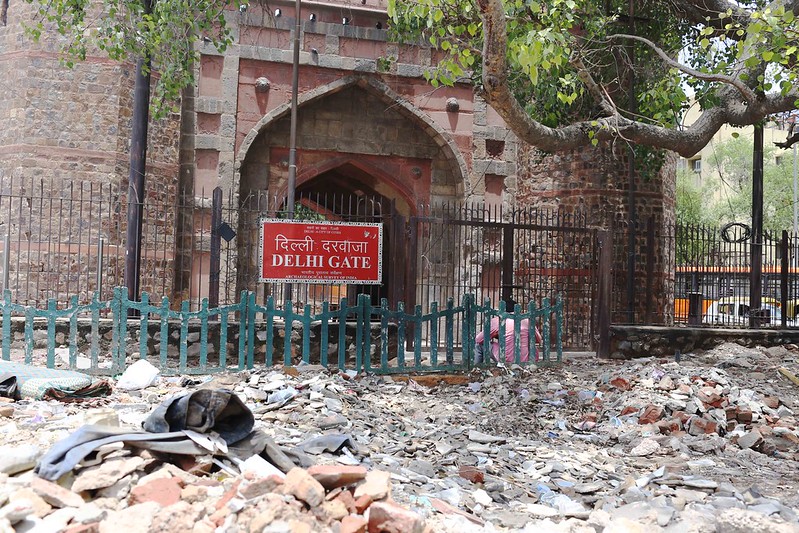 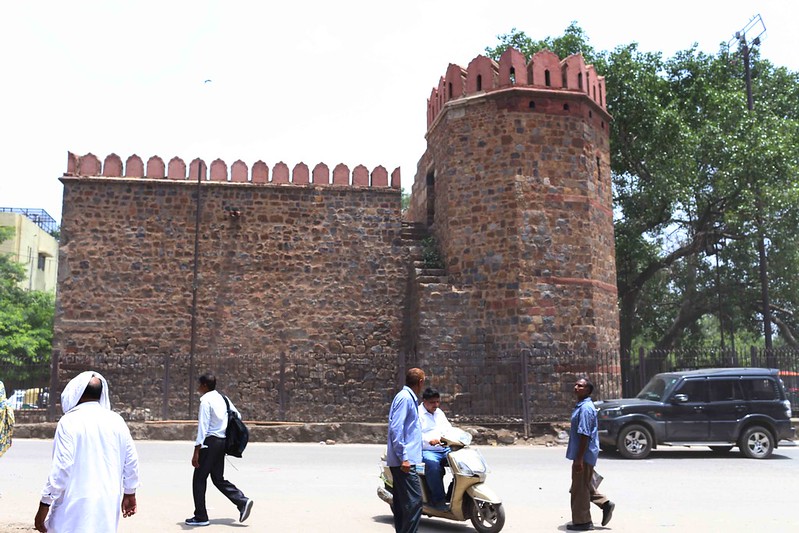 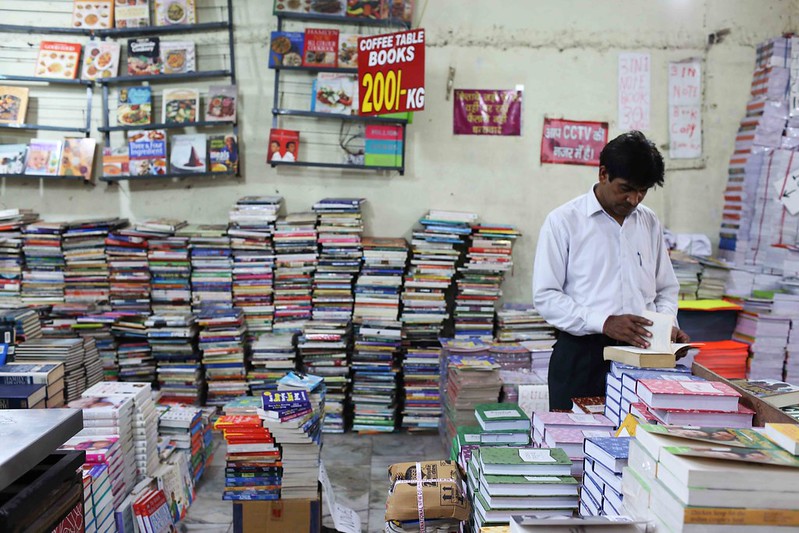 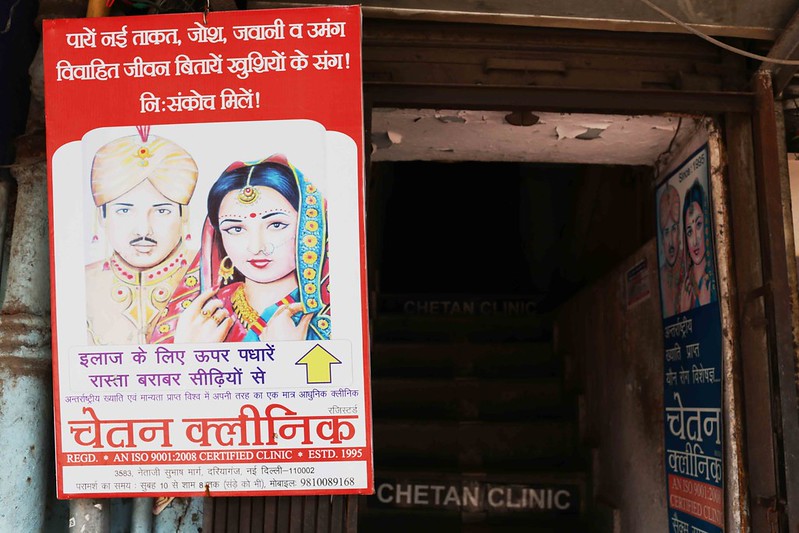 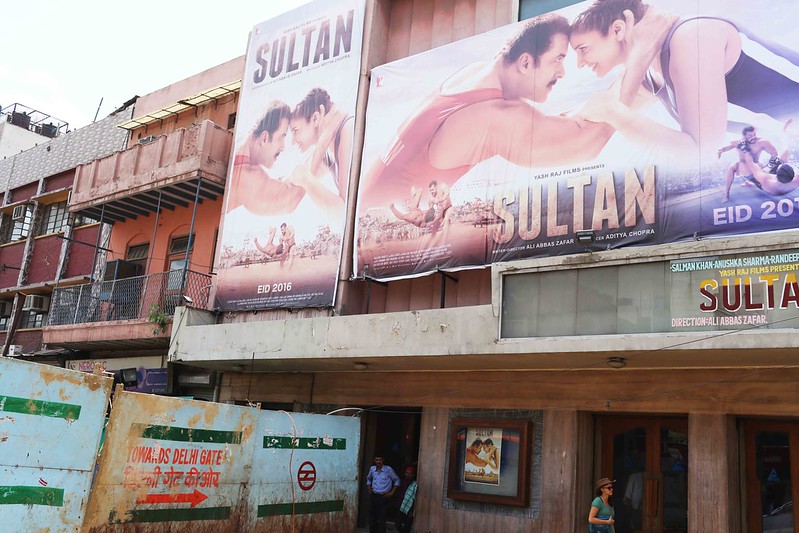 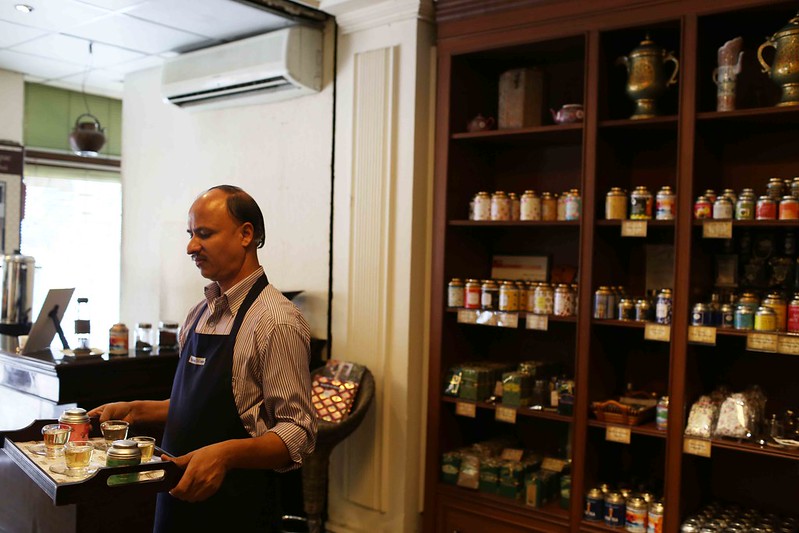 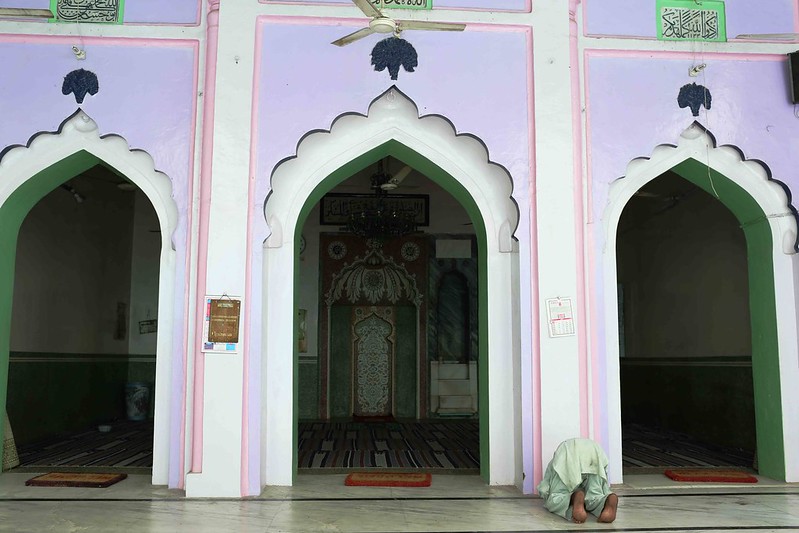 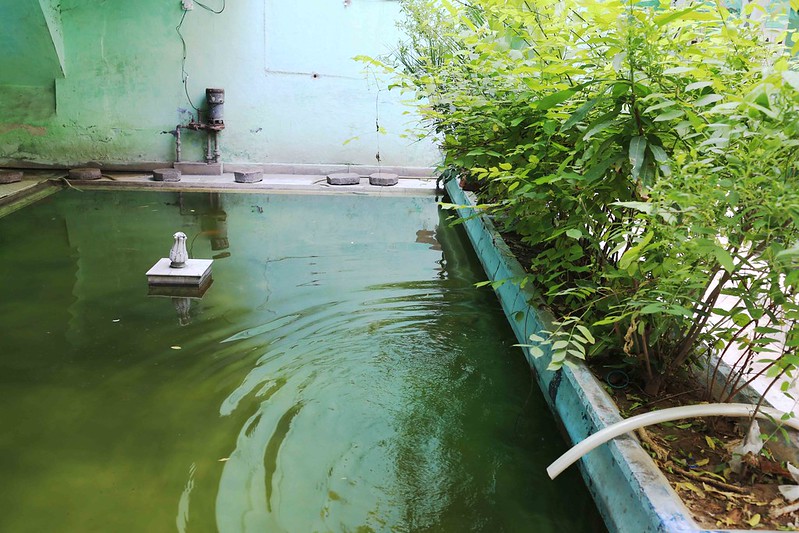 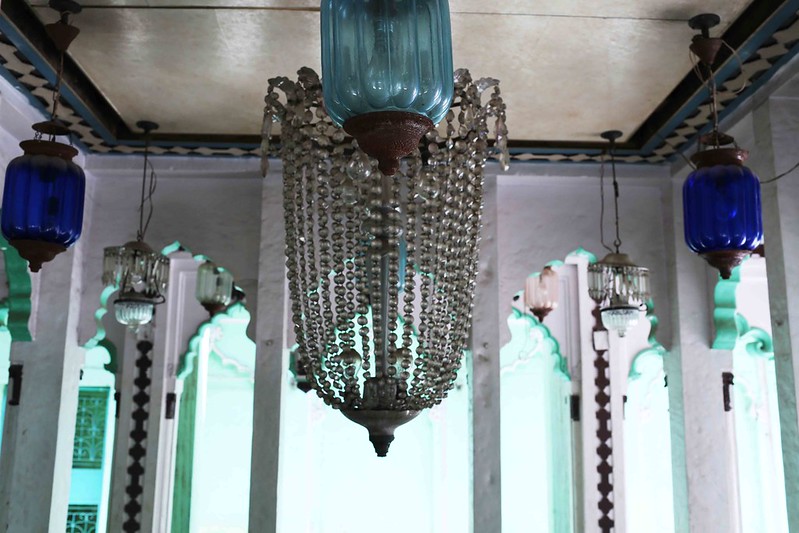