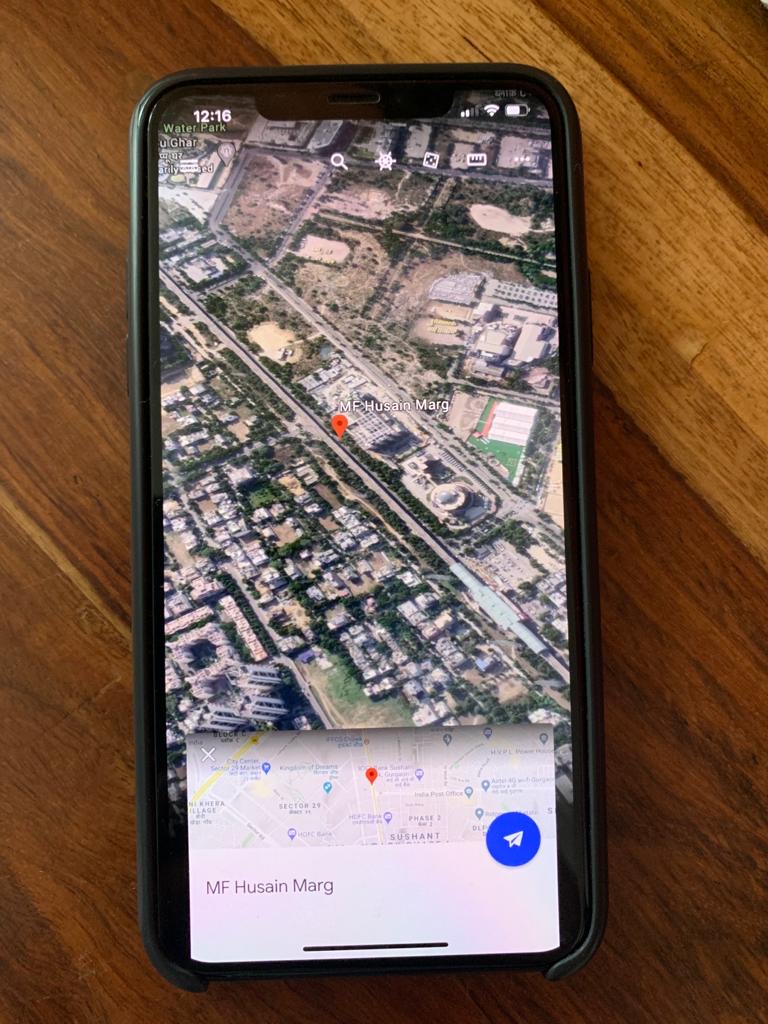 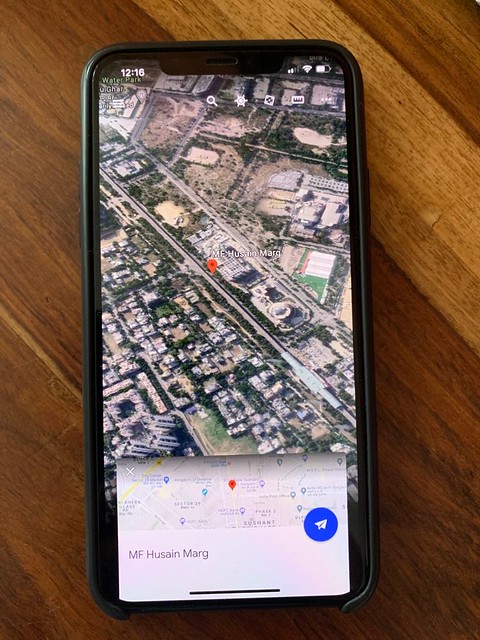 In an artist’s world.

Though lockdown is easing, entering the world outside is still risky. The old carefree pre-corona days are gone. And yet, some of us are already day-dreaming of going back to the places we’ve been missing so desperately while staying at home, whether a monument or a garden, a restaurant or a museum.

There is no knowing when will all those places reopen. But here’s a destination recommendation for that longed-for day. It is in Gurgaon in the Greater Delhi Region, and a unique place in the entire country.

The expansive Delhi has many roads named after artists, such as Amrita Shergill Marg (painter), Thyagaraja Marg (music composer), and Tolstoy Marg (writer). But the capital has no road named after what is arguably the most iconic painter of contemporary Indian art. Which is odd, for Maqbool Fida Husain made Delhi his home for a while during the 1960s and 70s.

The so-called Millenium City is often derided by Delhi snobs as a soulless sprawl, but this metropolis of shopping malls and office towers can boast of a stretch commemorating the pioneering painter, who died in a London hospital in 2011, at the age of 95.

The best way to get close to an artist is of course to acquaint oneself intimately with her or his work. Something however has to be said about the thrill of being in a physical space that, however superficially, aspires to establish a connection to an inspiring figure. You might have never read André Malraux’s work but you might feel close to the French writer’s world by a simple stroll along the André Malraux Marg in central Delhi’s Chanakyapuri.

Frankly speaking, Gurgaon’s MF Husain Marg feels far removed from Husain’s life and art. It is a kind of minor road near HUDA City Center. In seasons other than the monsoon, the road lies marooned in a bleak wasteland of patchy grass, as if the area didn’t know whether to sprout Gurugram’s archetypical highrises or to stay green. At times, you might spot a few men urinating on the roadside. Otherwise the only life on MF Husain Marg consists of cars infrequently speeding along the road, leaving clouds of dust in their wake.

But this is a special road. Indeed, it is the only Marg in entire India named after MF Husain according to a Google search.

In addition, you might like to visit other places in the Delhi region connected with Husain. The Naaz Hotel in Old Delhi, with its beautiful view of the Mughal-era Jama Masjid, had Husain as its longtime occupant—late writer RV Smith wrote about it in his works. Husain had set up his single-room studio in the hotel. With his wife and children in Bombay, he himself enjoyed the life of a barefoot bohemian.

The long-haired lanky painter was also a familiar figure of the narrow lanes of Hazrat Nizamuddin Basti, the historic Delhi village best known for its Sufi shrine. Even today in the Basti, you can find people of a certain age talking wistfully about their memories of Husain, who would hang out in Nizami Hotel, the eatery across the street from the headquarters of the Tableeghi Jamat, for long hours. “I would often see Husain there with a cup of chai… he was always in a white kurta pajama,” says literary critic Aqil Ahmad, a Basti dweller. The eatery, like a few other tea houses in the vicinity, is so atmospheric in its ambiance that it transports its visitor to an era that seems to have shrunk if not completely disappeared.

The other place in the Delhi region routinely visited by Husain was Kareem’s restaurant, near Jama Masjid. While living in a barsati in south Delhi’s Bhogal, the bearded painter would often drop by in early mornings at late artist Tyeb Mehta’s house, in nearby Nizamuddin East (at the time, it wasn’t posh like today) and take him and his wife, Sakina, in his Fiat car to the iconic eatery for a breakfast of Nihari and Paya—Mrs Mehta confirmed it on phone from her home in Bombay. (Tyeb Mehra’s daughter, Himani, texted from that city, saying, “I have memories of Nizamuddin’s Nizami Hotel where my father and Hussain saab used to drink tea, with malai and a pinch of salt.”)

Those devout Husainites wanting to touch all the places linked to their beloved icon might also consider heading to Jamia Milia Islamia campus. Commissioned in 2008 by the then vice-chancellor Mushirul Hasan, the university’s MF Husain Art Gallery was designed by the noted architect group Romi Khosla Design Studio. It is aesthetically so pleasing that you might want to linger here solely to enjoy the interplay of light and shadows.

One evening in February The Delhi Walla was driving through MF Husain Marg. The grounds on the left that usually stink of urine were looking completely different—they were taken up by hundreds of sheeps. Two herders were sitting among the animals, dressed in elaborate turbans distinctive of a style common in rural Rajasthan. Though it was impossible to know if the great Husain would have been inspired by the setting, it surely did look like a painting, and for once the nondescript road proved worthy of its name.

Just for art’s sake, you ought to visit MF Husain road at least once after it is safer to venture out. Until then, you may travel remotely through it thanks to Google Earth.