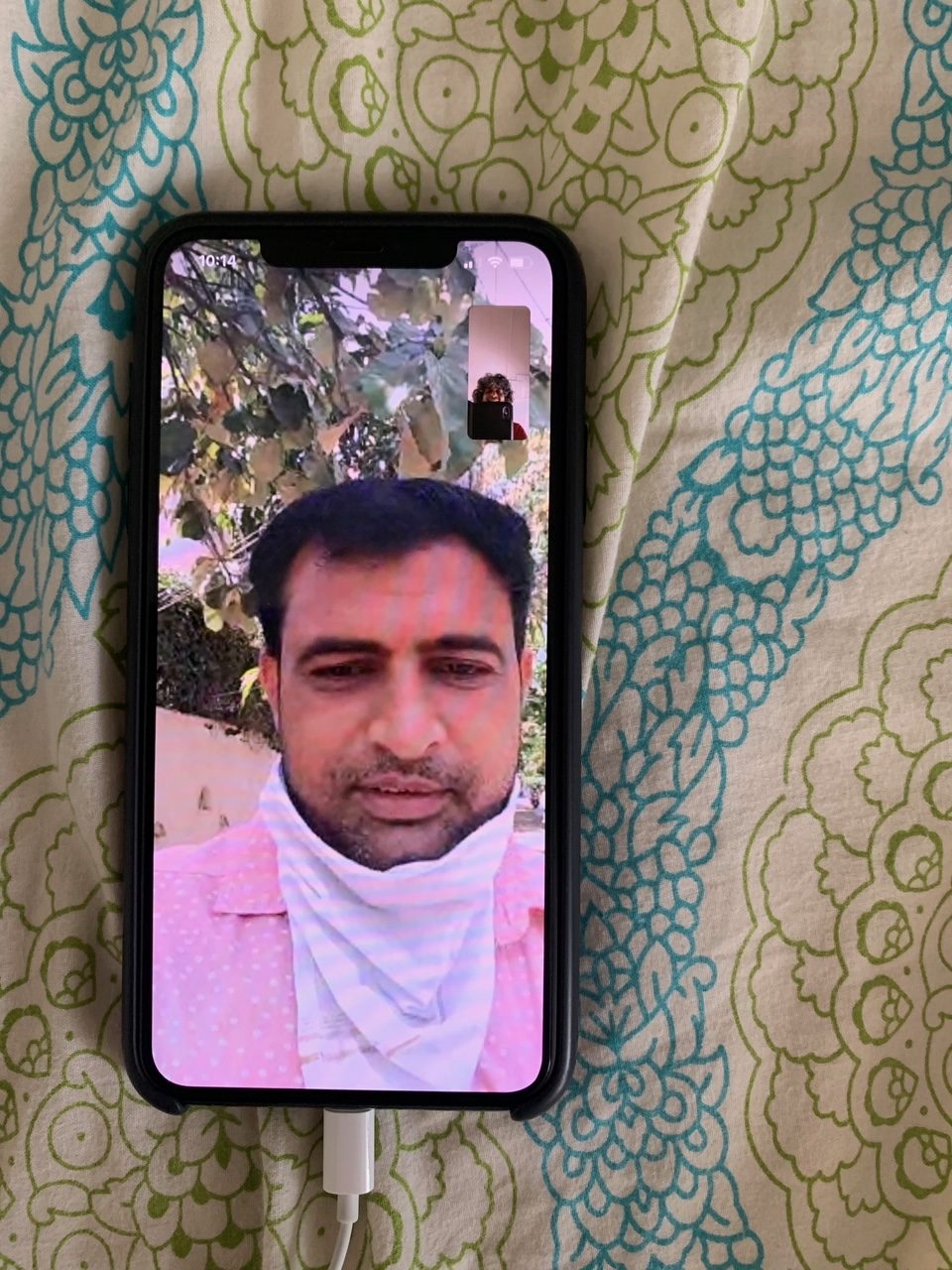 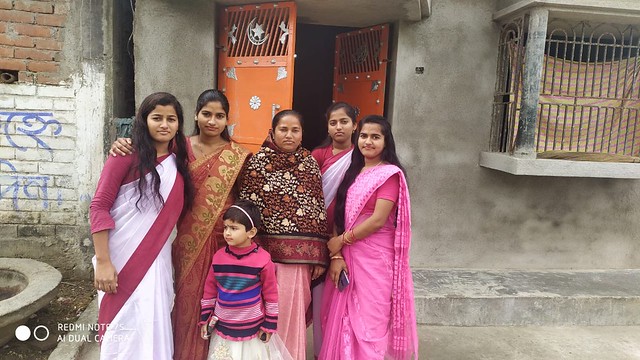 He is 40 and looks younger. But he’s already a grandfather.

“Yes, I got married very early…. at 14,” confesses Muhammed Shekha Ul Hoque (aka MDS). He became a dad at the age of 18, in 1997, the year he arrived in the Delhi region from his village in West Bengal and made Gurgaon his new home.

This afternoon he’s talking on WhatsApp from his home in Palam Vihar. A freelance plumber, Mr Hoque is summoned to homes to mend the damaged water taps, to lay out marble on the floor and various other tasks needed in houses. The lockdown caused by the coronavirus pandemic put a stop to his work, though these days he is again starting to get assignments.

Mr Hoque is grateful that the pandemic began in earnest only after he reached an important milestone in his family. His second daughter was married in February.

“The lockdown started not long after I returned to Gurgaon with my wife and remaining daughters.”

Mr Hoque has four children, and all are girls. Shahnaz Parveen, the eldest, was married six years ago and has a son. Masoom Khatun was married this year.

Mr Hoque says he comes from a social milieu where, traditionally, the education of children was not a primary priority. “My mother, Murzina Bibi, is illiterate.” But his only sister, Ishna Khatun, did manage to educate herself till 8th standard.

He himself is “dasvi fail”, meaning he managed to clear the 9th standard. His wife, Bahrun Bibi, studied till third standard, and “can read the notice boards and newspapers.”

While he spent his years in Gurgaon making a career and earning a living, Mr Hoque made sure to send the next generation of females in the family—his daughters who were growing up in the village—to school. But the progression of education spread slowly in the family. The eldest dropped out after completing the 8th standard, and the one who got married this year managed to reach up to 11th standard.

It was some years back that his eldest daughter decided to learn “tailory”, a vocation he heartily encouraged “because at least she would be able to support her household in case her husband faces difficulties in his job.”

The second daughter, too, joined her sister in learning how to make “ladies suits.” Learning to stitch and sew makes a good strategy, concludes the father. “There are usually no clothing shops in the village and people have to go to the nearest town to get their dresses made… but if my daughter is working at home as a tailor, many women in the village will choose to go to her instead.”

He feels that “tailory” might help both his married daughters make an independent income.

Over the years, Mr Hoque has grown in his role of a responsible parent, and by now he has developed higher ambitions for his two younger daughters. They have a difference of one year between then, and both together gave their tenth standard exams in the village this year. “They decided this time to come to Dilli with me, to follow their dreams,” he says, referring to Gurgaon as if it were but an appendage of the national capital.

Mr Hoque says his third daughter, Mumtaz Khatun, hasn’t yet made up her mind “if she wants to go to college or to enroll for a brief course in computers.” His youngest, however, is more focused. Sonam Khatun wants to be a dancer. “She has come to Delhi to look for an academy where she can learn dancing,” the father says. “But see, we returned here and the lockdown began.”

Regardless, Mr Hoque hopes his younger daughters will soon find a decided direction in their life.

“Unlike most people in our society, I don’t feel the absence of a son. I want my girls to stand on their feet so that tomorrow if they are faced with great problems, they need not depend on the mercy of others.”

A few minutes later, the plumber sends on WhatsApp a picture of his daughters and wife, taken early this year in the village. He later informs that “my youngest two will marry when their time will come, but not before they turn 18.”

[This is the 307th portrait of Mission Delhi project] 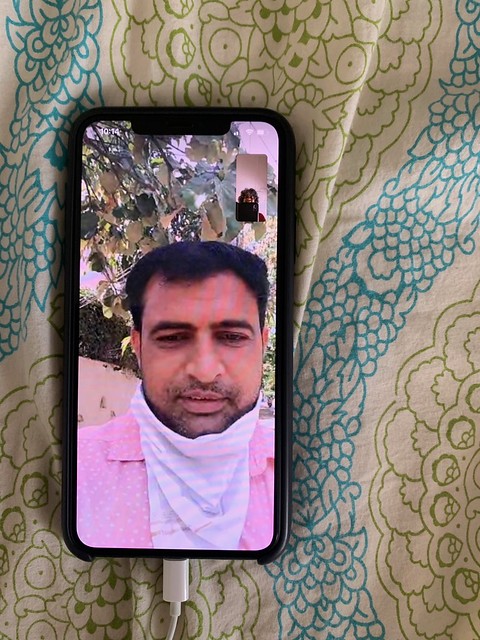