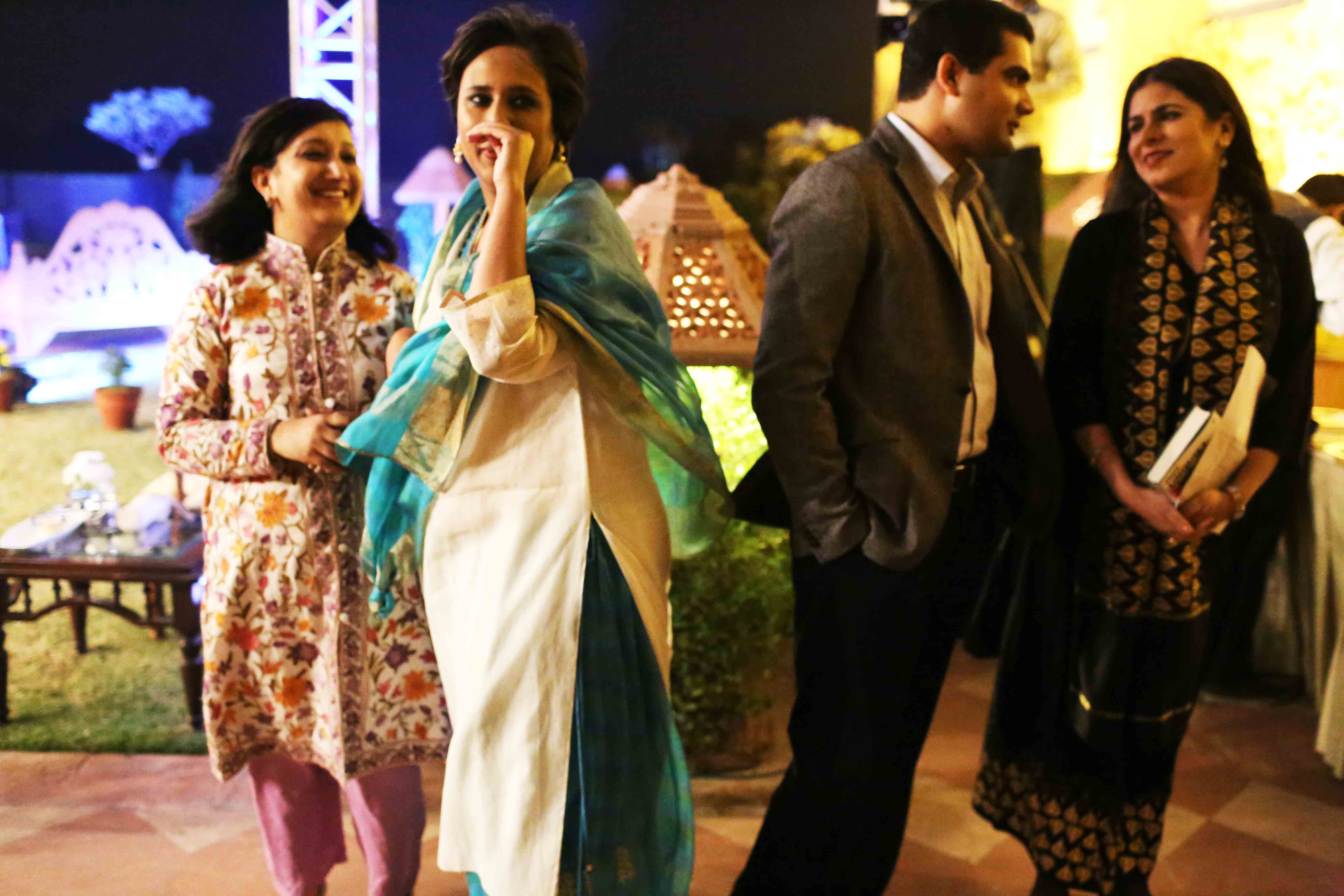 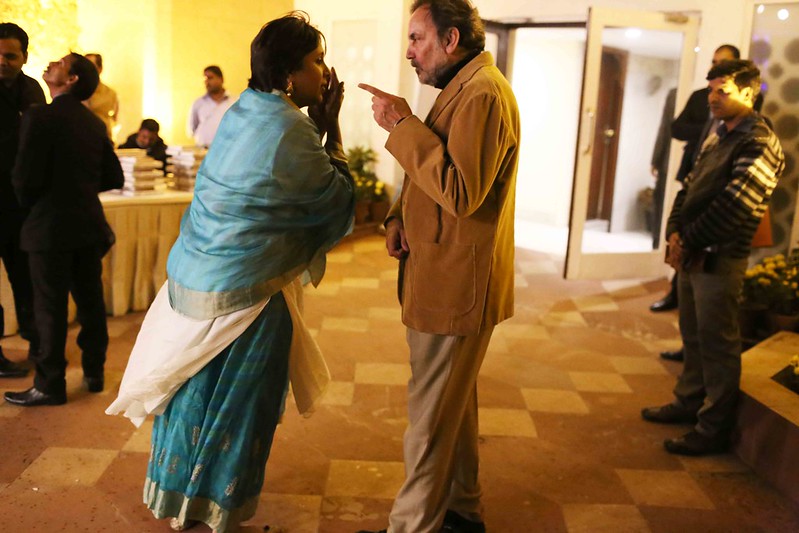 It was an exceedingly posh party. The capital’s cold toxic air smelled of expensive perfumes. Almost every important person was there except for the Prime Minister. He was not missed.

One evening The Delhi Walla attended the launch of news anchor Barkha Dutt’s book, This Unquiet Land: Stories From India’s Fault Lines, at The Terrace Garden in The Taj Mahal Hotel. It was a rare public gathering of some of the country’s most influential politicians, bureaucrats, journalists, authors and artists.

Former Jammu & Kashmir chief minister Farooq Abdullah sat on the front row beside jurist Soli Sorabjee. Mr Abdullah’s son, Omar, also a former chief minister of Jammu & Kashmir, was in one of the back rows. Dressed in a dark grey suit, he was seated with news anchor Nidhi Razdan. They were very chatty with each other but suddenly grew quiet on being approached by a paparazzo.

Seasoned politician Digvijay Singh arrived minus his wife, Amrita Rai, a television journalist whom he married early this year.

Novelist Vikram Seth sat with mummy Leila, retired Chief Justice of Himachal Pradesh. Immediately behind them was seated author Aatish Taseer, who behaved like a sort of elegant creature that one could not keep one’s eye from. Mr Taseer was with mummy Tavleen Singh, a very, very famous columnist. The mother and son arrived separately but left together.

Ms Singh’s archenemy, the glum-looking Mani Shankar Aiyar, a former cabinet minister, was seated on the same row. Just three people separated them. It did not help that Mr Aiyar’s immediate companion was author Gurcharan Das. Since Mr Aiyar is an elite English-speaking socialist and Mr Das is an elite English-speaking capitalist, they had nothing in common with each other. So, they did not exchange a single word.

The star attraction was perhaps Delhi’s Chief Minister, Arvind Kejriwal, leader of the Common Men Party. He arrived with his deputy, Manish Sisodia. It is rumoured that the duo is always seen together. Here, too, they were seated next to each other. As always, Mr Kejriwal coughed his way through the evening.

Also spotted: publisher Chiki Sarkar, who sat alone; publisher Diya Kar Hazra, who was with husband, journalist Indrajit; Congress leader Sachin Pilot, who came without his wife, the lovely Sara; craft revivalist Laila Tyabji, who is believed to have a great collection of handloom saris; Common Men Party leader Ashutosh, an anti-corruption crusader, who was seen in deep conversation with Rajeev Shukla, the chairman of Indian Premier League and one of the most important persons in Indian cricket. There was also actor Shabana Azmi, with a flower in her bun; she was with husband, poet Javed Akhtar.

There were no radical outfits to be seen though quite a few women were draped in beautiful shawls. But Chief Minister Kejriwal, the political face of Delhi, was wearing socks with… sandals! That was the evening’s only scandal. 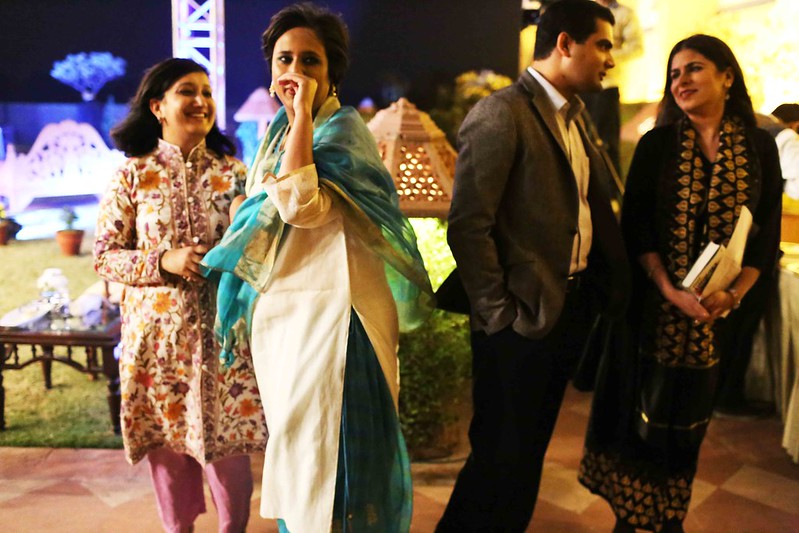 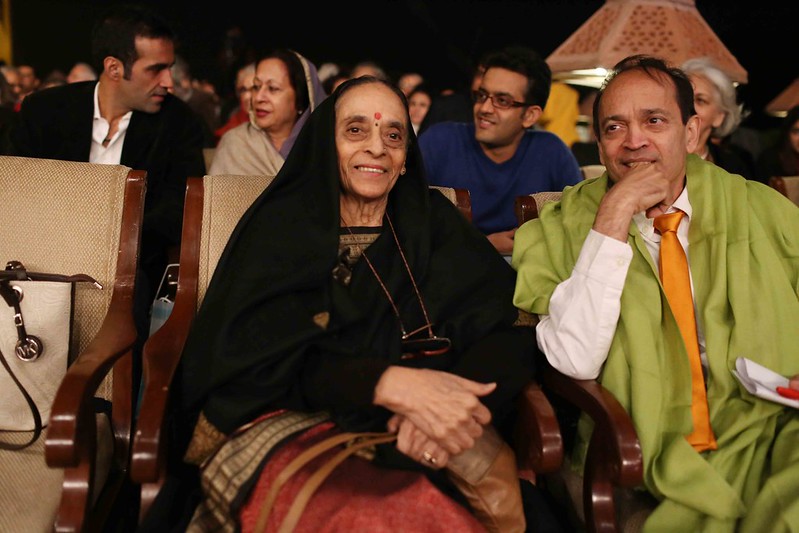 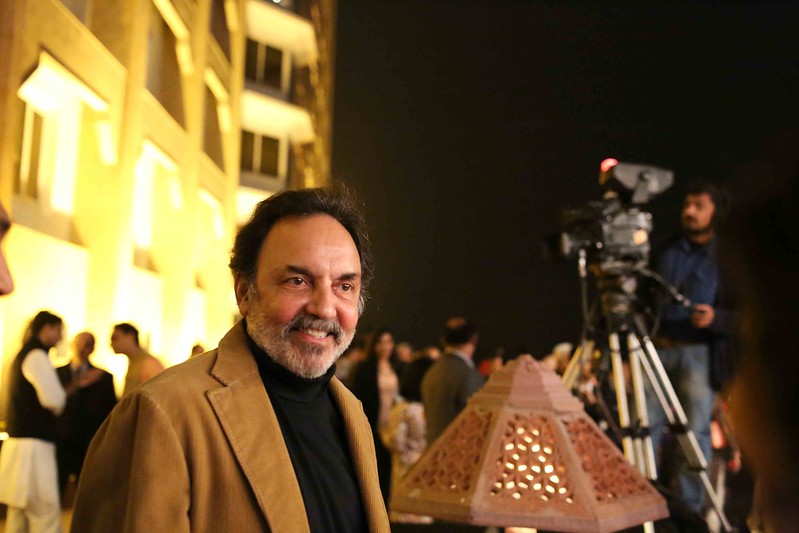 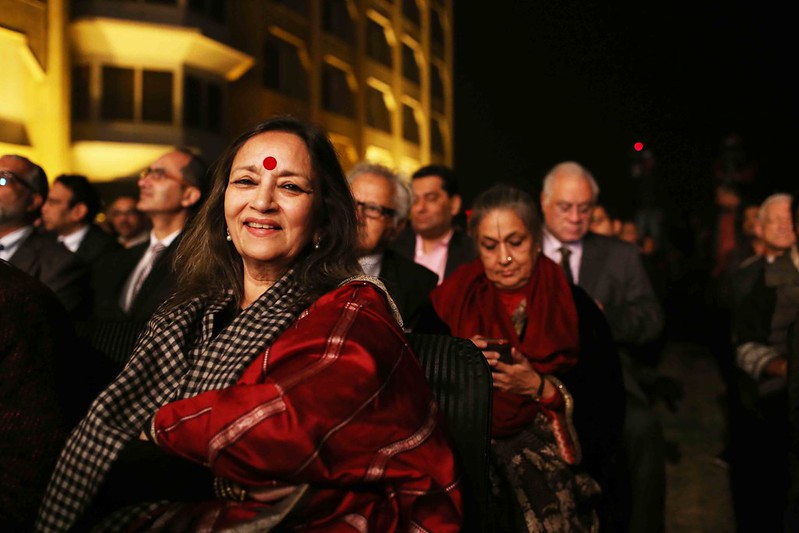 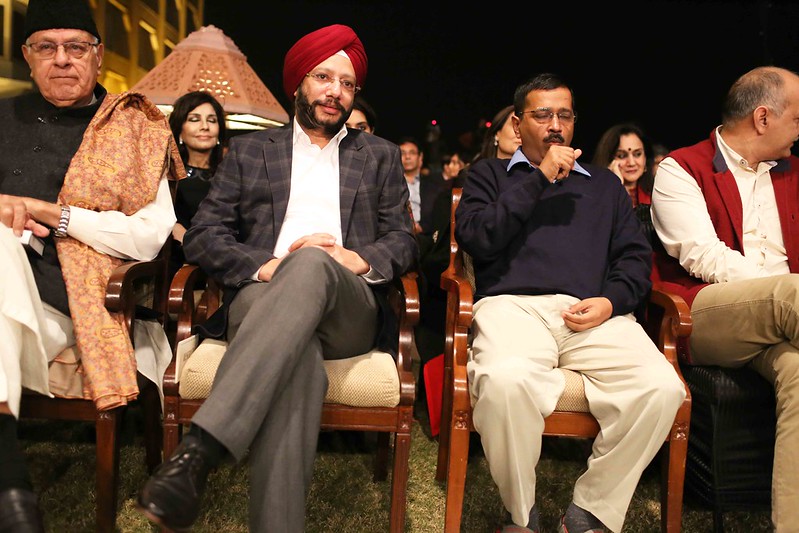 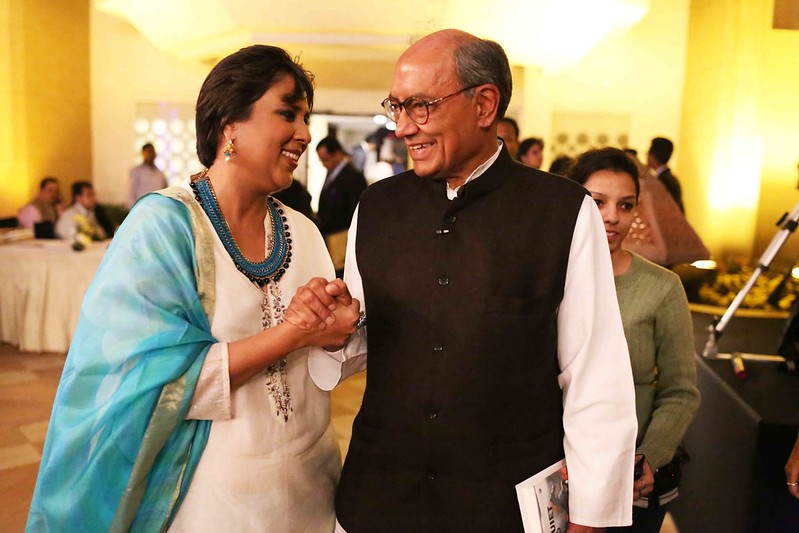 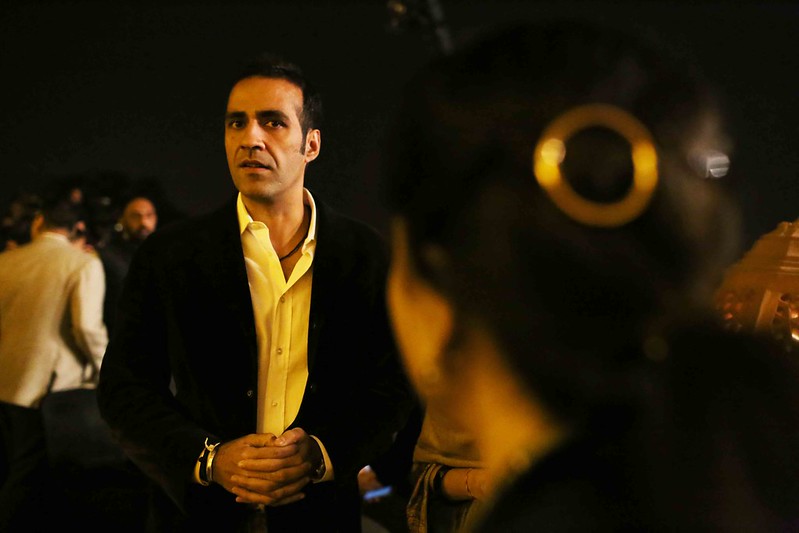 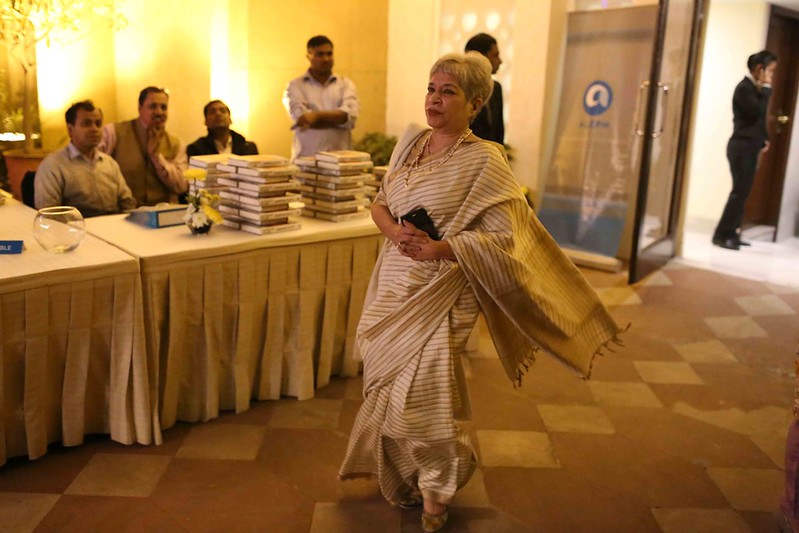 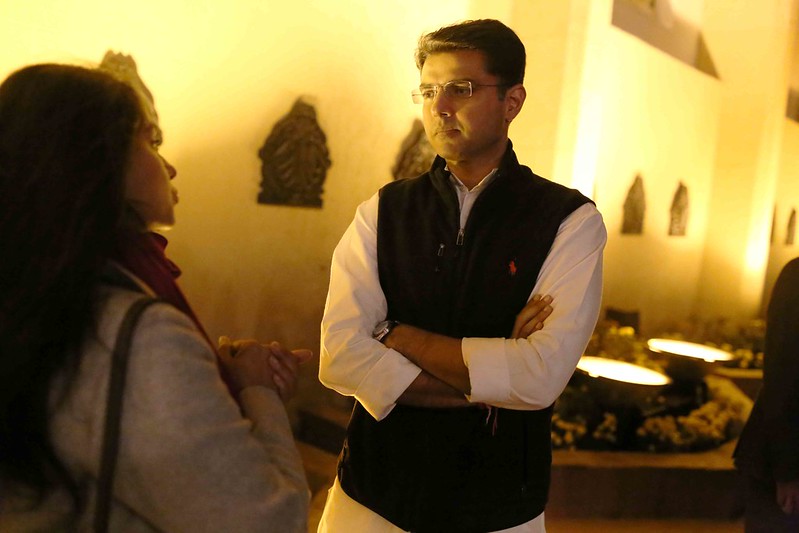 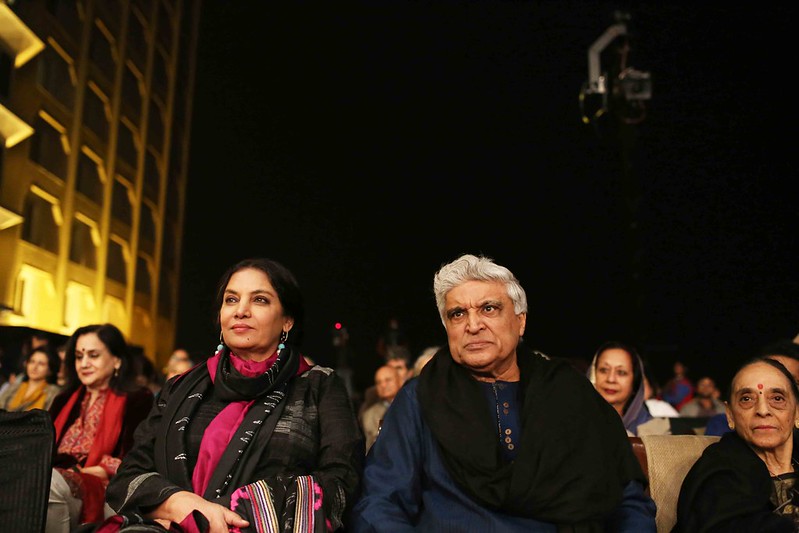 10a. (Mani Shankar Aiyar, right, and Tavleen Singh had only three people between them) 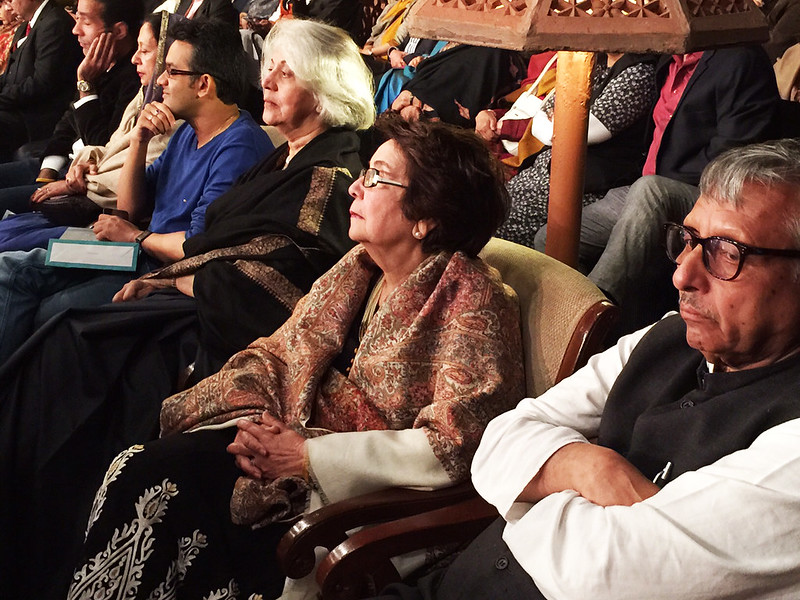 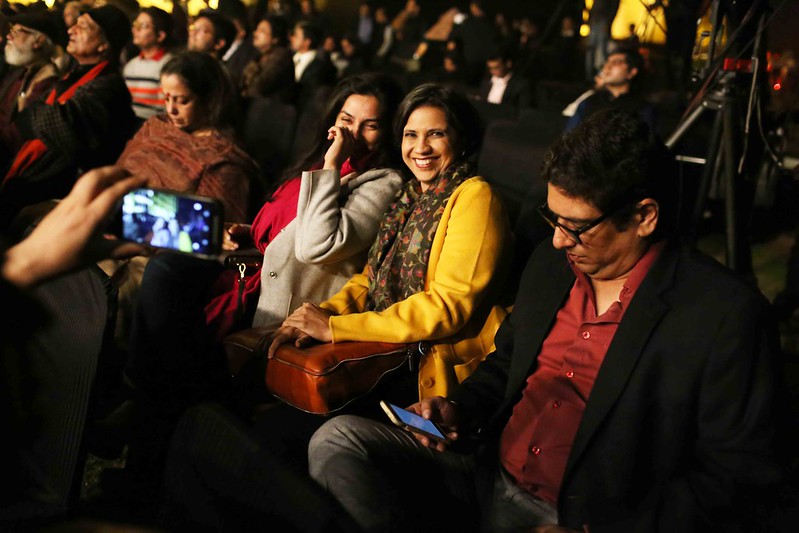 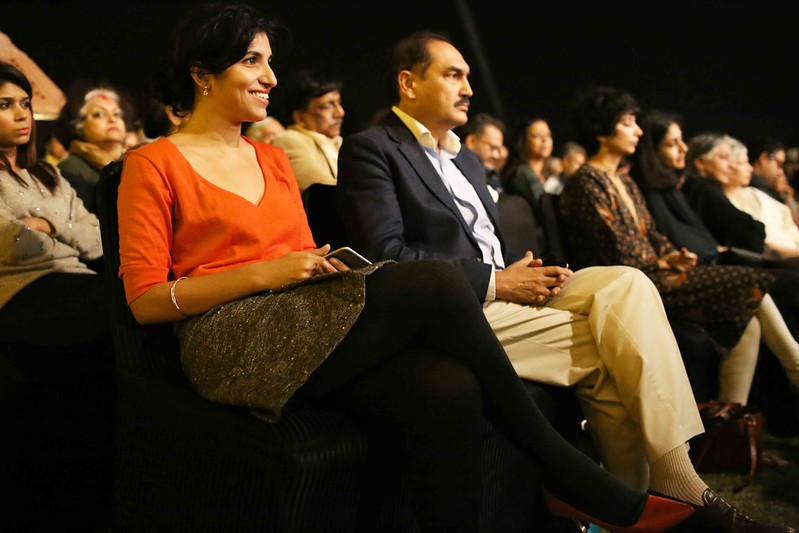 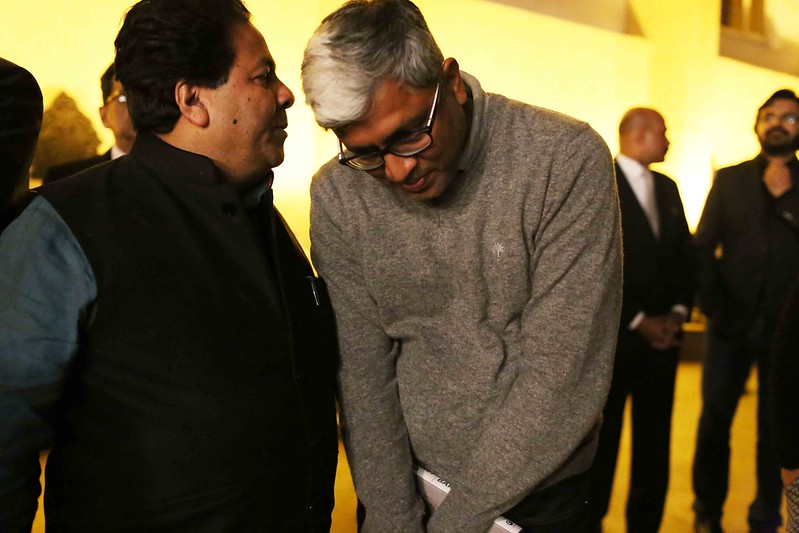 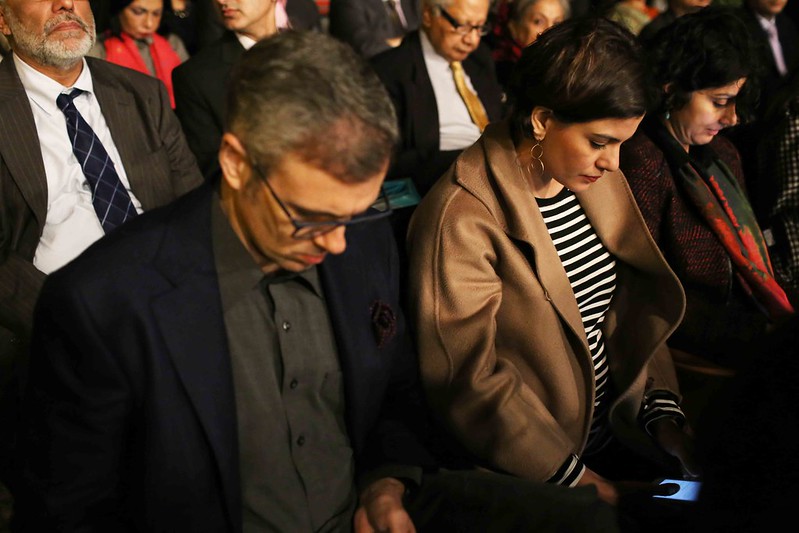 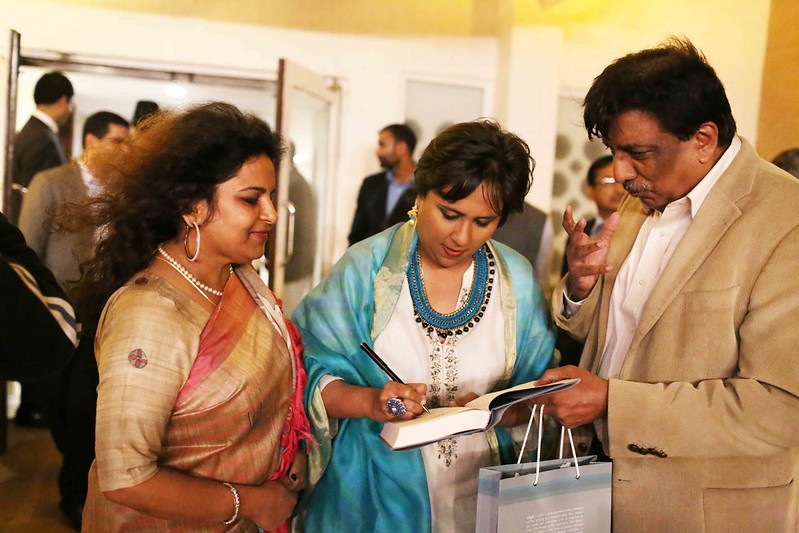 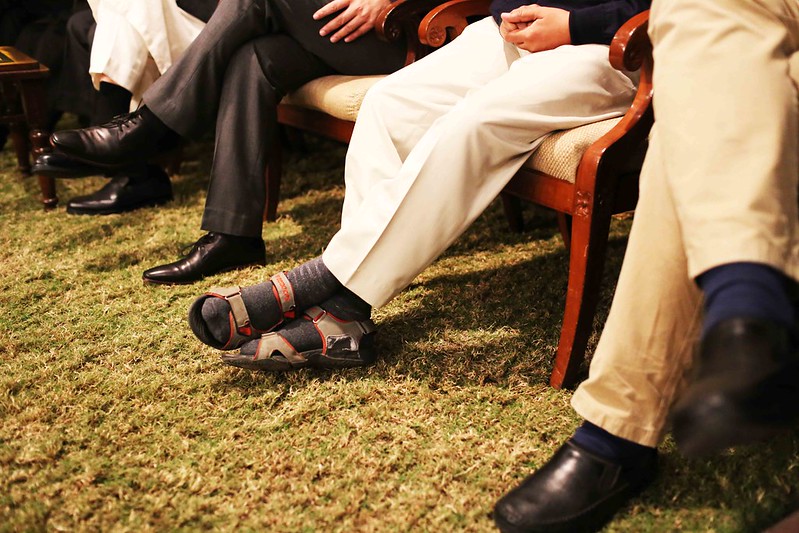 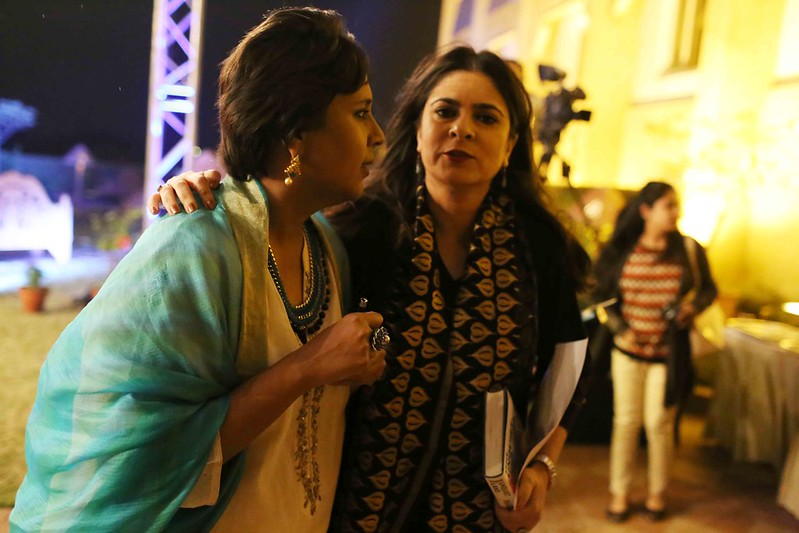