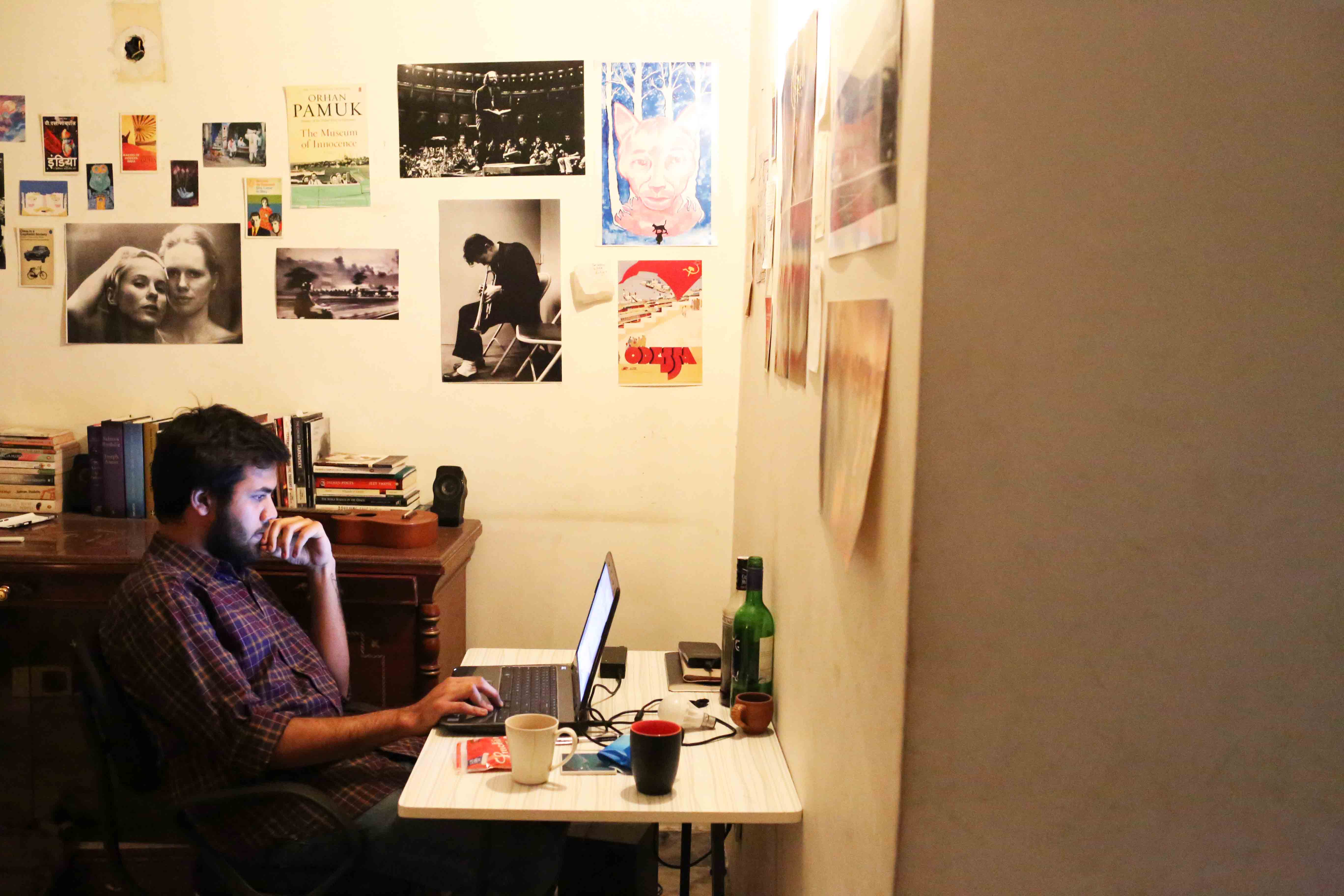 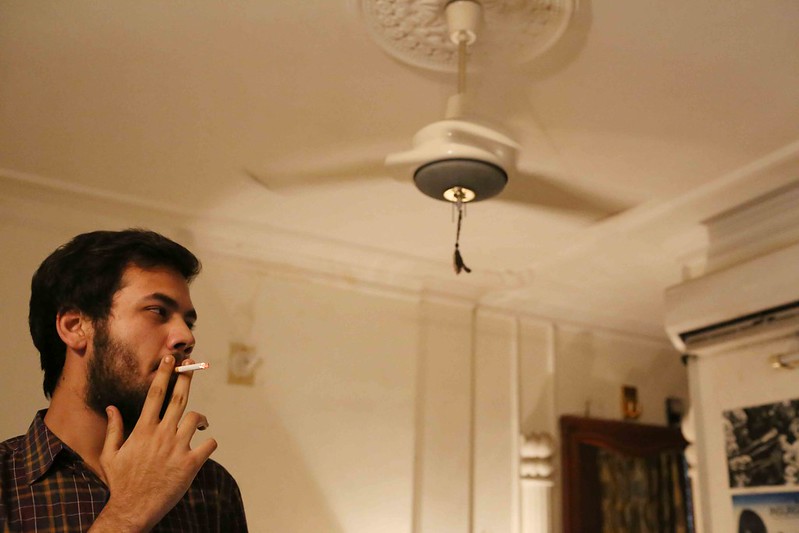 Karl Marx is lying on his shoe rack. Italo Calvino is on his double bed. Federico García Lorca is beside a little guitar. Amitav Ghosh, VS Naipaul, Salman Rushdie, Ernest Hemingway and Mirza Ghalib are on a long table. They are stacked with many other authors including Arundhati Roy and Manan Kapoor.

And, we are lucky enough to be in Manan Kapoor’s room. Besides being a novelist, he is also a postgraduate student in Delhi’s Ambedkar University. Mr Kapoor’s first novel, The Lamentations of a Sombre Sky, was set in strife-torn Kashmir. It made its debut in 2016. He is now working on a new novel, something to do with memories of a man.

The Delhi Walla is visiting his one-room apartment in north Delhi’s Shakti Nagar to get a sense of the literary influences of a writer whose published life has begun, I think, a tad too early.

“I’ve been told many times that I’m too young to publish a book that concerns something as delicate as Kashmir,” says Mr Kapoor, who graduated from Panjab University and moved to Delhi only a few months ago.

“Many people are intrigued by the fact that I managed to finish a book. But their tone is interrogative. I don’t think they would ask the same questions to perhaps a 35-year-old writing about Kashmir. And, I understand where they come from since I’ve learned to write only through my reading of others’ works, breaking down the books to see how an author creates an effect.”

A large poster of the cover of Orhan Pamuk’s The Museum of Innocence is plastered on the wall. Mr Kapoor is deeply attached to the Turkish writer. He read this novel twice. He is also fond of Milan Kundera.

I spot two Shakespeare plays — late night in August last year Mr Kapoor got drunk on beer with a friend in a Hauz Khas Village café and they both stood at the village’s gate loudly reciting Macbeth’s lines: “Tomorrow, and tomorrow, and tomorrow,/Creeps in this petty pace from day to day,/ To the last syllable of recorded time… ”

Most of the literary posters on Mr Kapoor’s wall are gifts from his girlfriend, a student in Mumbai’s St Xavier’s College. One poster is a page torn off from a magazine dated February 1987. It has two brief news stories on Kashmir and Assam.

Sitting sits down on his writing desk crowded with a laptop and a bottle each of Captain Morgan and Chenin Blanc, Mr Kapoor starts to roll a cigarette. He smokes 15 cigarettes daily.

Mr Kapoor’s first novel was about three Kashmiri teens. Deeply influenced by Basharat Peer’s Kashmir memoirs Curfewed Night, he nevertheless wanted his novel, unlike Mr Peer’s, to go beyond the region’s politics and to intimately touch upon the private lives of its people.

Published by a Bombay-based publisher, the novel’s launch took place in Mr Kapoor’s home town, Chandigarh. The evening was co-hosted by Chandigarh Literary society. Everything went well (there was tea and bruschetta) but the novelist regrets not having Mr Peer as chief guest, who was in London at the time.

Mr Kapoor has a collection of 600 books at his Chandigarh home, many of which belong to his mother, an English teacher. This small library in Delhi is merely a work of a few months. He never goes to first-hand bookstores. Unlike most Delhi writers, he has no relationship with Khan Market bookstores.

Most books here have come from Jackson’s, a charming used-book store in the backpackers’ district of Paharganj and from the famous Sunday book bazaar in Daryaganj.

One precious book in Mr Kapoor’s library is 60 Indian Poets, a poetry anthology edited by Jeet Thayil. It has Mr Thayil’s inscription. Mr Kapoor met him last year as a fellow invitee at Under-25 Lit’ Fest in Bangalore.

“If I’d published the same book five years from today, it would have been a better book for I would have read more, understood the world in a better, more comprehensive way,” says Mr Kapoor of his novel.

As we begin to leave, the young author gently reminds us that Keats died at 25 and Rimbaud published Une Saison en Enfer when he was nineteen. 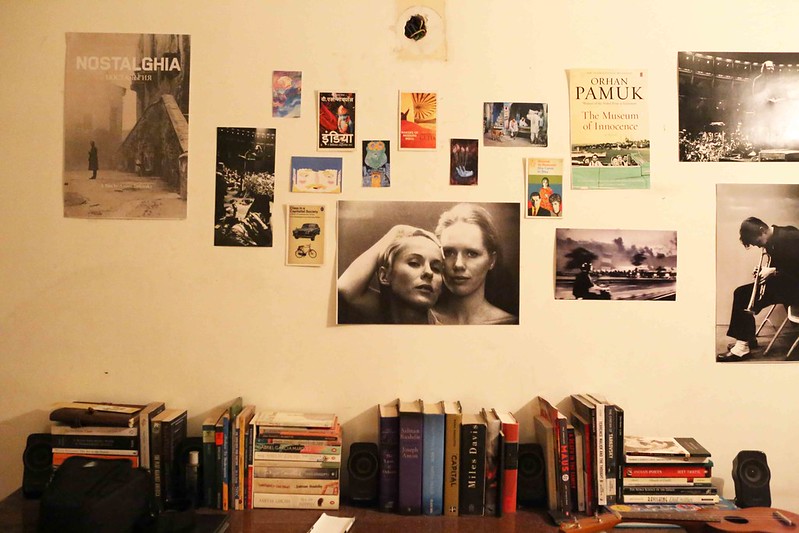 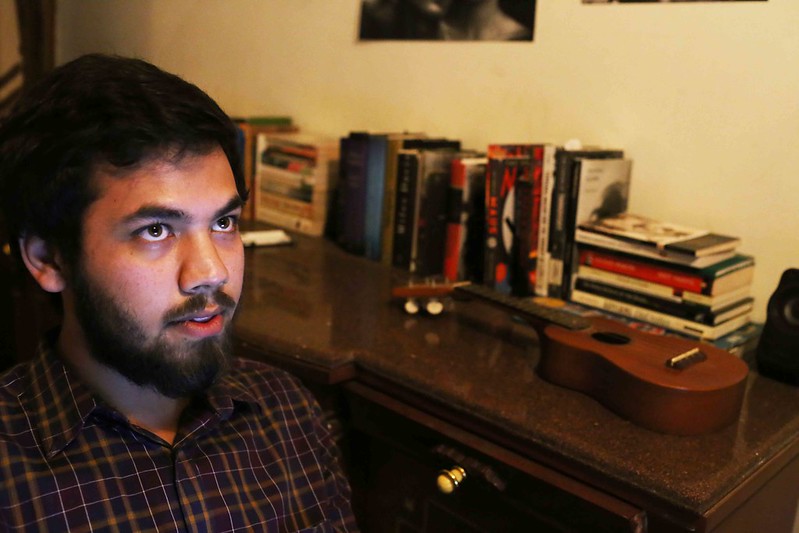 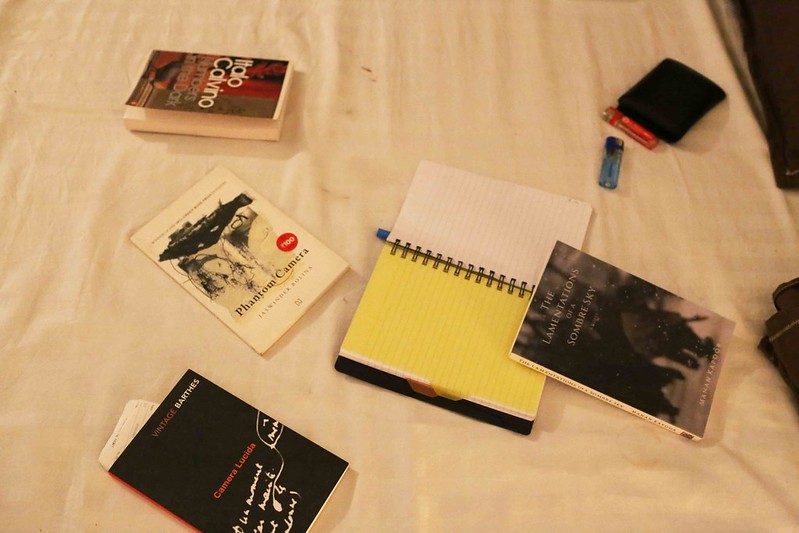 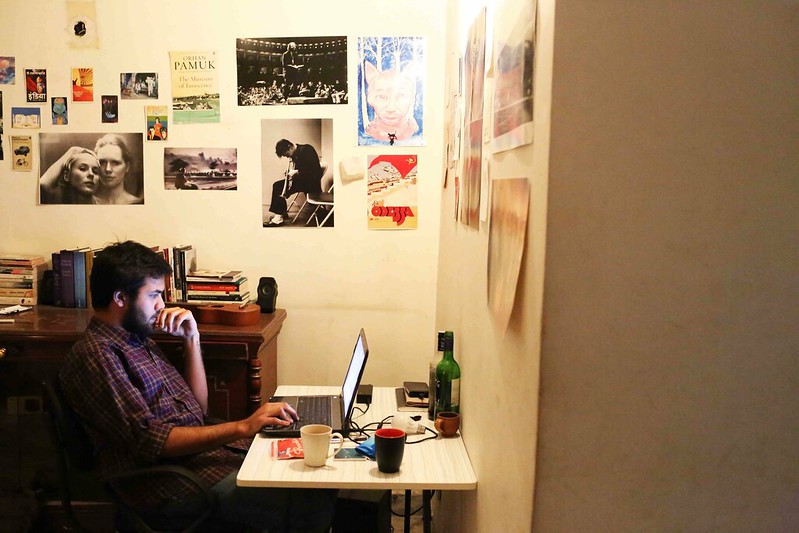 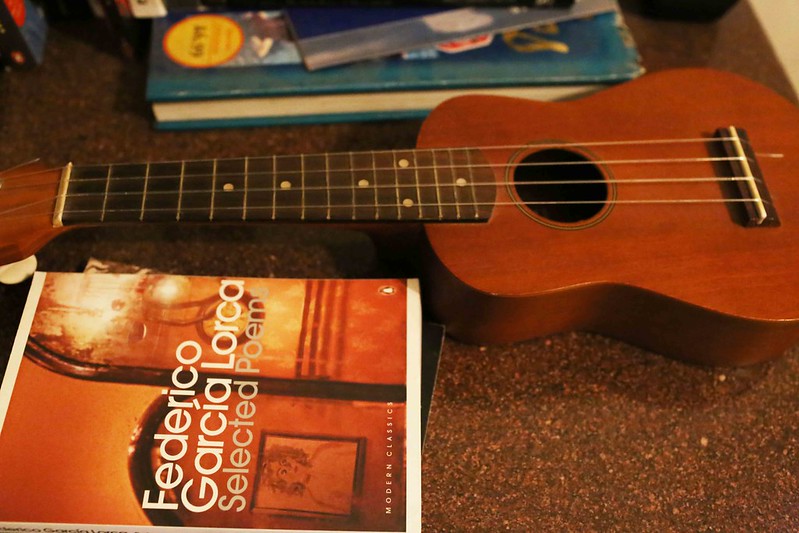 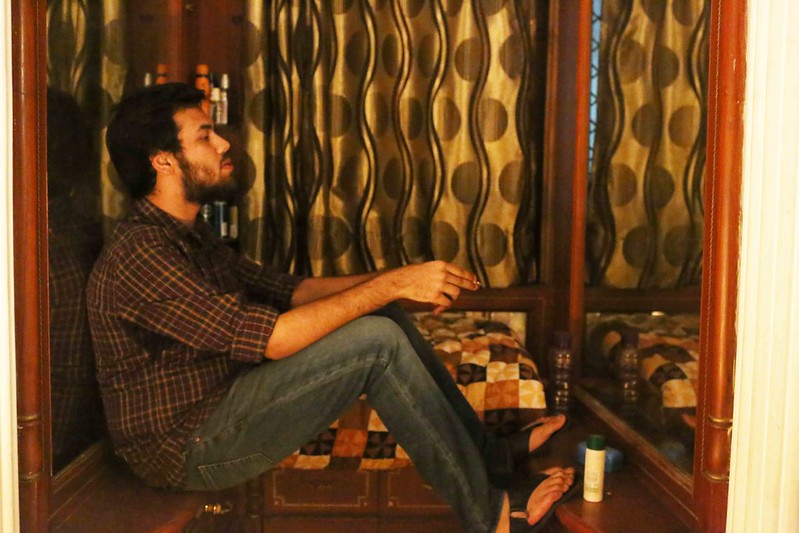 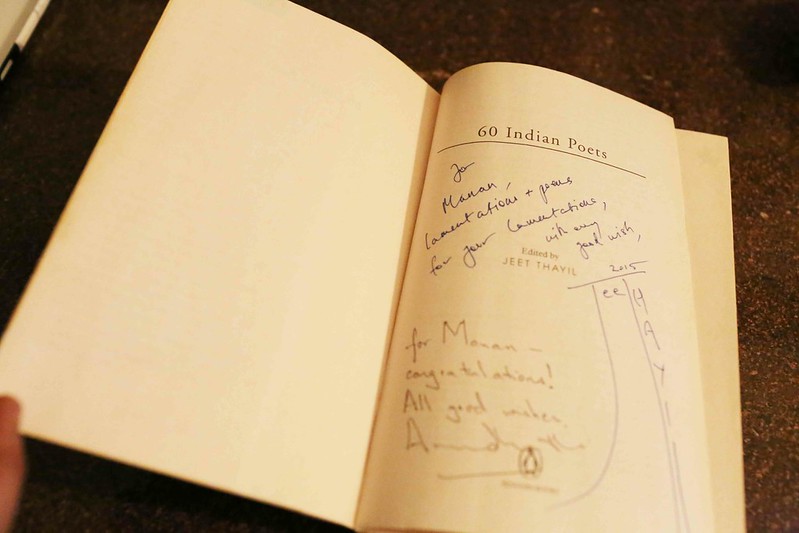 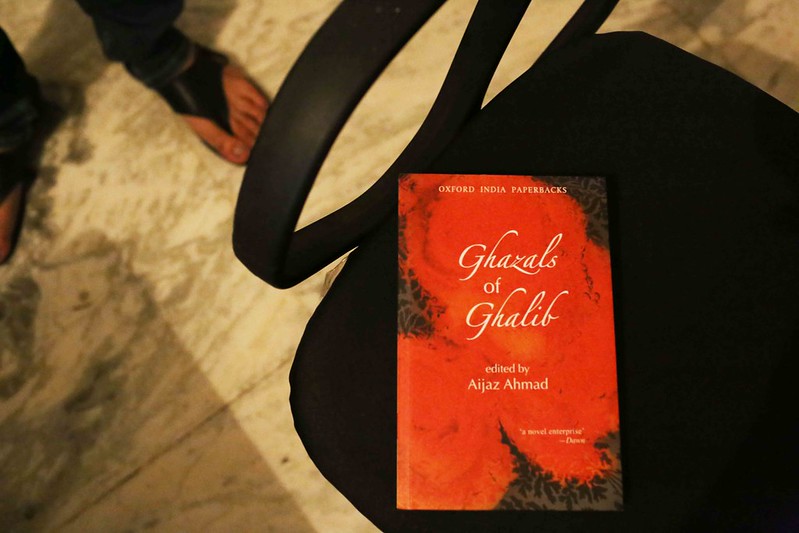 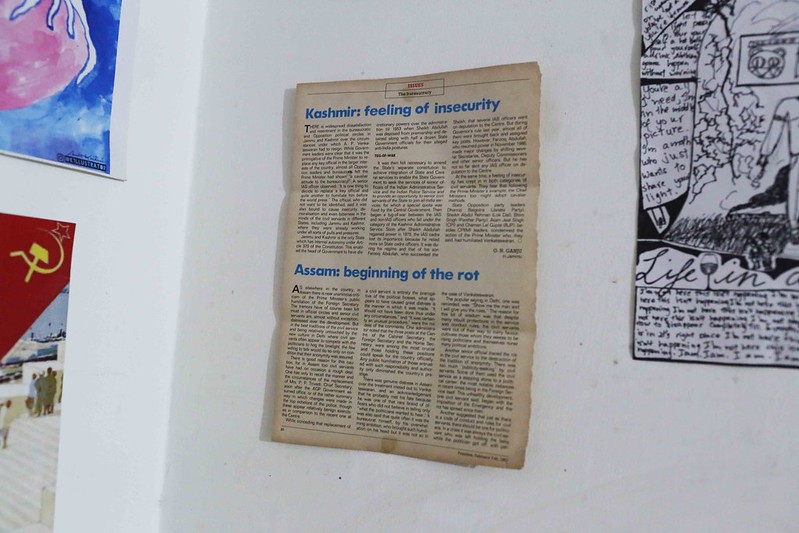 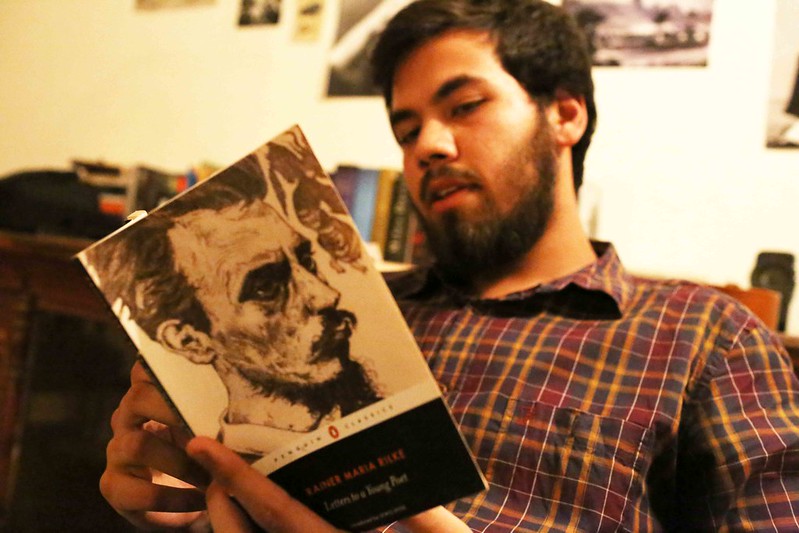 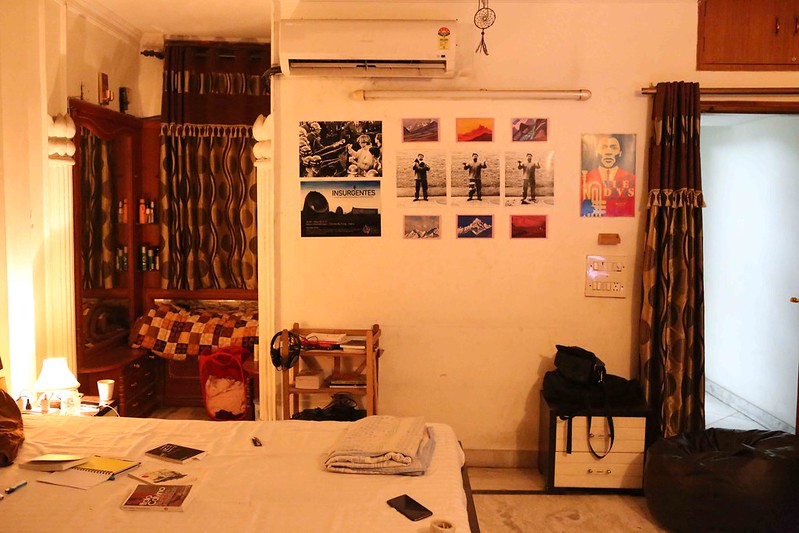 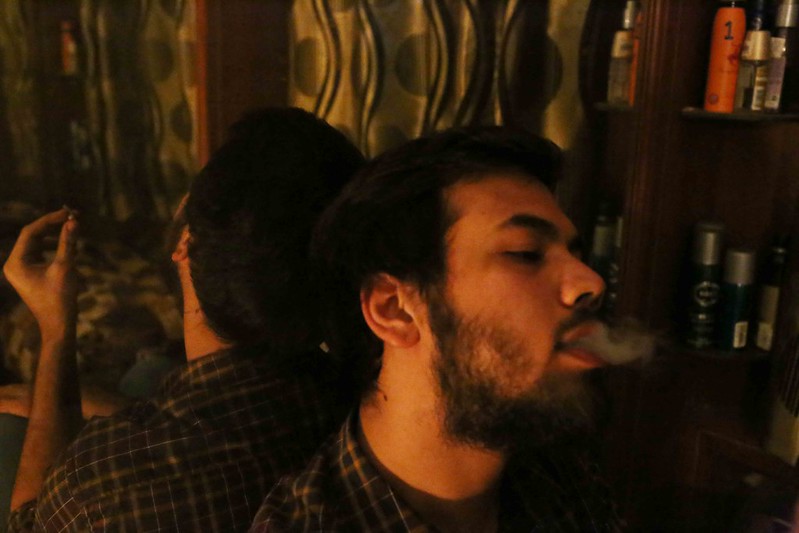