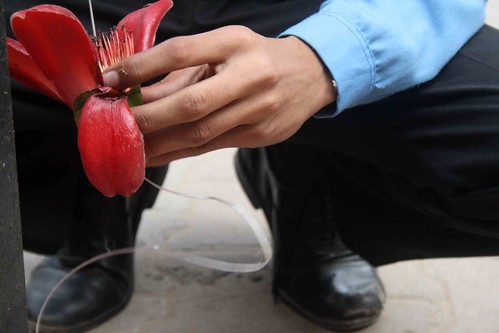 A soft thud on the ground and a beauty is born. This phenomenon is unfolding again and again, day after day—thanks to a ceaseless “snowfall” of red and orange semal flowers on the roads, streets, pavements and parks of our city.

The blooming of the semal marks Delhi’s brief spring. It is that strange season of the year when it is neither hot, nor cold. The air is free of humidity. The sky is reasonably blue. The newspapers are quiet on dengue and chikungunya. Now is the time to lean and loaf at ease, and the red semal embodies this shift towards the ideal. The semal flowers seem to be present everywhere, sometimes even stranded on car bonnets.

If you have the time, take a walk under the three semal trees at the Subz Burj monument in central Delhi. A 16th century tomb of an unidentified figure of history, the monument, currently under renovation, is popularly known as Neela Gumbad because of its blue dome.

To most of us, the circular Subz Burj is the place where Lodhi Road intersects Mathura Road. But, these days, the entire ground of this traffic island is carpeted with semal’s waxy slippery petals, prompting the monument’s security guard to express sympathies for the sweeper who had only a few hours ago swept the place clean.

You may also like to offer season’s greetings to a grand semal in Daryaganj, just outside the area’s police station. This afternoon, the tree is gladly shedding its load. The flowers are wafting down one after another on the busy road where a few of them are being pulped under the wheels of the passing cars. Two flowers are spared of this misery—they fall on an auto rickshaw and are carried away on its roof, along with passengers inside, in the direction of ITO.

Cocooned in tranquility, these fallen flowers feel cold on touch. According to Pradip Krishen’s Trees of Delhi, squirrels love to feed on them. Sadly, no squirrel is around and the semal-covered ground is evoking a battlefield full of martyrs.

A true semal aficionado will of course also visit central Delhi’s Niti Marg, particularly the stretch outside the Czech embassy, burning red with these fallen beauties.

The semal stirs feelings at night, too. A sprawling tree with twisty branches next to Gopal Das Building on Barakhamba Road tends to be unusually well-lit due to the lucky placing of an adjacent street lamp. As a result of which the flowers hanging on the higher reaches appear to be a group of starfish stuck in a large fishing net. The scene is surreal.

Many other places in Delhi also offer similar breathtaking sights—Teen Murti Bhawan has two giant semal trees on its central lawn; such carpets of red abound in Hauz Khas District Park as well. You can also enjoy semal’s bloom in your metro commutes. As the train chugs along overland stretches, the tree’s red smears flash out frequently from behind most banal of buildings.

Inevitably all good things end. March will soon give way to April and the semal flowers will become memory. April will be followed by the hot burning May. But there will be a reason to rejoice for Amaltas trees will then be in bloom with their golden-yellow flowers.

POISON FLOWERS
By Jonaki Ray (An IT professional living in Chirag Enclave, the poet composed it early this month “when the news was full of war talk and the streets had just started to bloom with semal flowers.”)

In the beginning, there were five:
each equidistant petal in each flower
like a finger that has soaked in blood
and returned flames in return.

Outside the window, they flag the sky
into red quadrants that reflect the
punctuated-by-headlines voices–-
Life Country Us Them Death–-
blaring into homes divided by borders.

Heedless, the flowers continue
to carpet the soil underneath
uncaring whose land or where they belong.
Inside each flower, the petals remain
equidistant and five until the end.

YELLOW SEMALS
By Jasbir Chatterjee (A customer relations manager, the poet composed it this month following “an experience when I saw a precariously located semal near my local market in Vikas Puri.”)

Thup. Thup. Thup.
Slowly, gently, with every gust of breeze,
Those huge, lovely, Semal flowers
Kept dropping from the tall, slim, stately tree.
Sometimes alone.
Sometimes in pairs,
And sometimes in threes, fours, and more…
And I watched, mesmerized…

These are yellow Semals,
I told myself.
I always thought Semals
Were only red or maroon.
Why hadn’t I noticed them earlier?
I wondered
As here I have lived,
For more than 3 decades!

While I clicked pictures,
I felt hostile stares
Stinging and piercing my back.
I turned around to find an agitated old man.
He began, “What will you do with these photos?
Are you from MCD? You want to get this tree removed? ”
“No, Uncle, I am a writer. I will write about them
With the hope that there will be more of them in future.

A woman appeared from the house nearby.
“They are such a terrible nuisance.
They keep falling day in and day out.
They turn my verandah into a mess.
Day in and day out,
I keep brooming,
The old man shot back, “Do you know that these flowers make a great sabzi?
These city people are unaware of so many things.”

With one last look
At the tall tree
Standing proudly,
Its head held high
In dignified silence,
I turned
And began my walk
Towards home…

A light exists in spring… and it’s semal 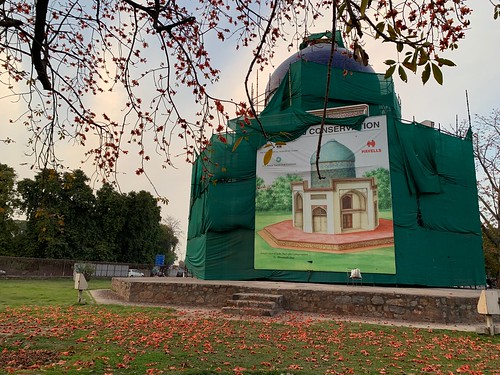 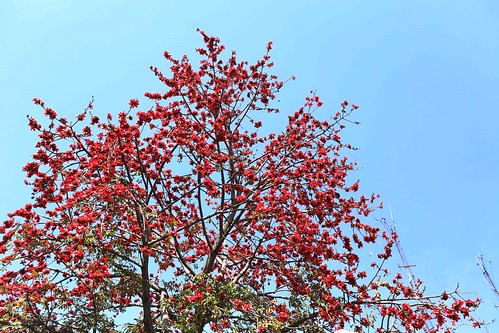 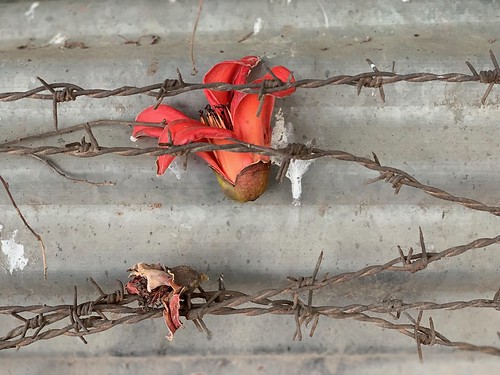 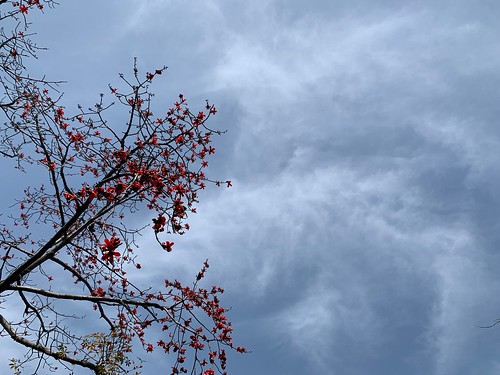 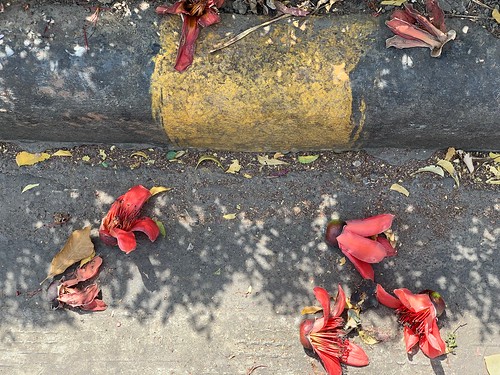 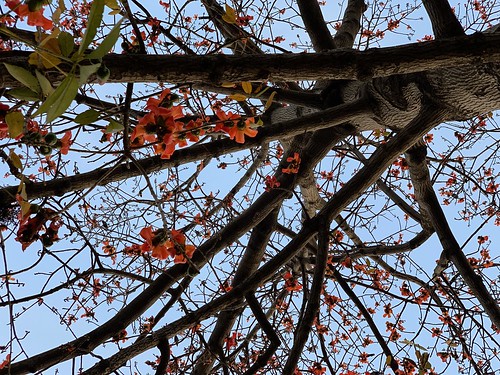 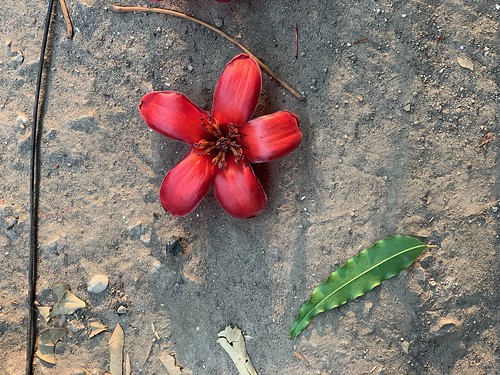 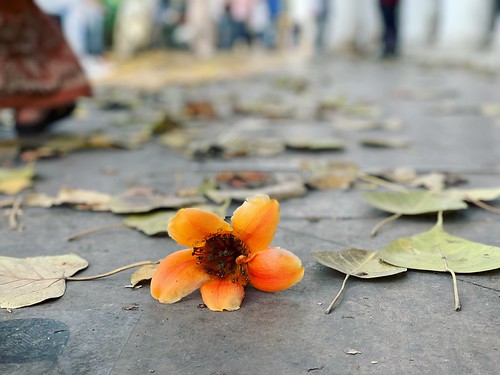 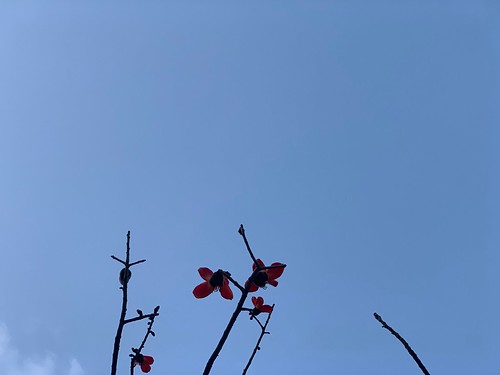 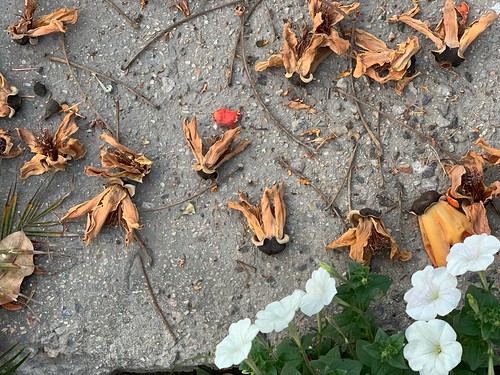 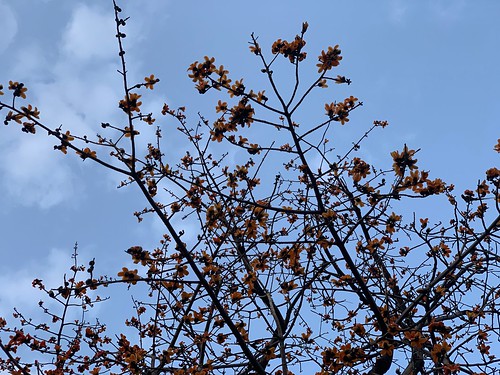 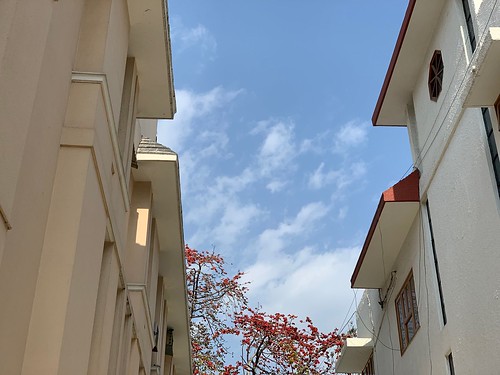 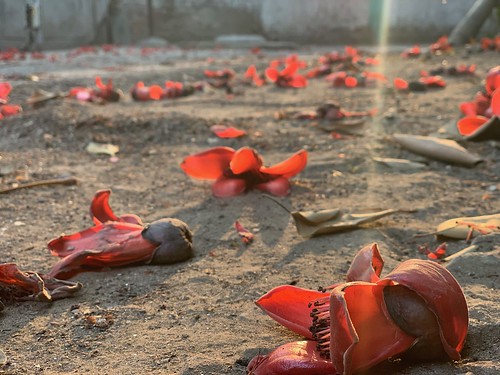 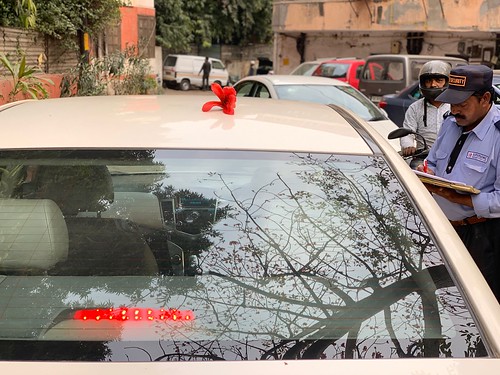 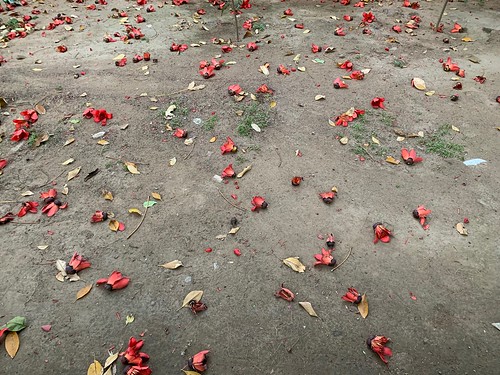 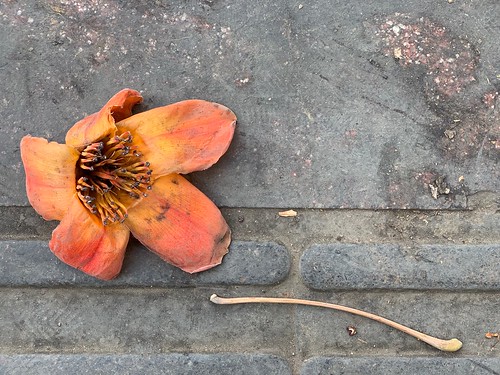 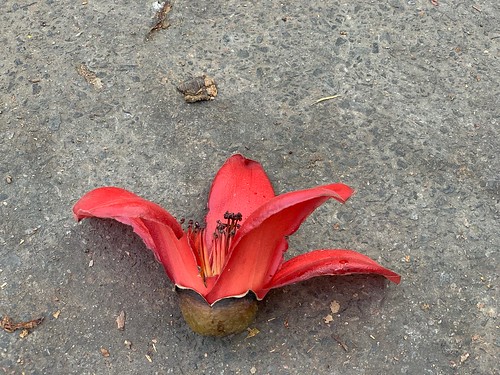 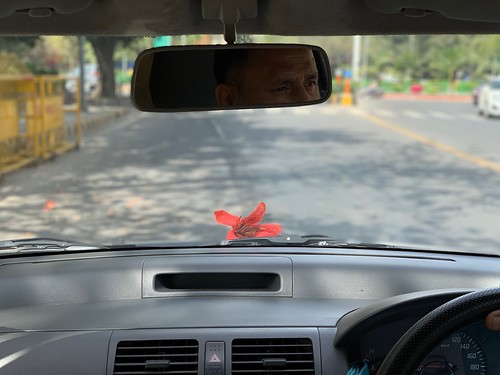