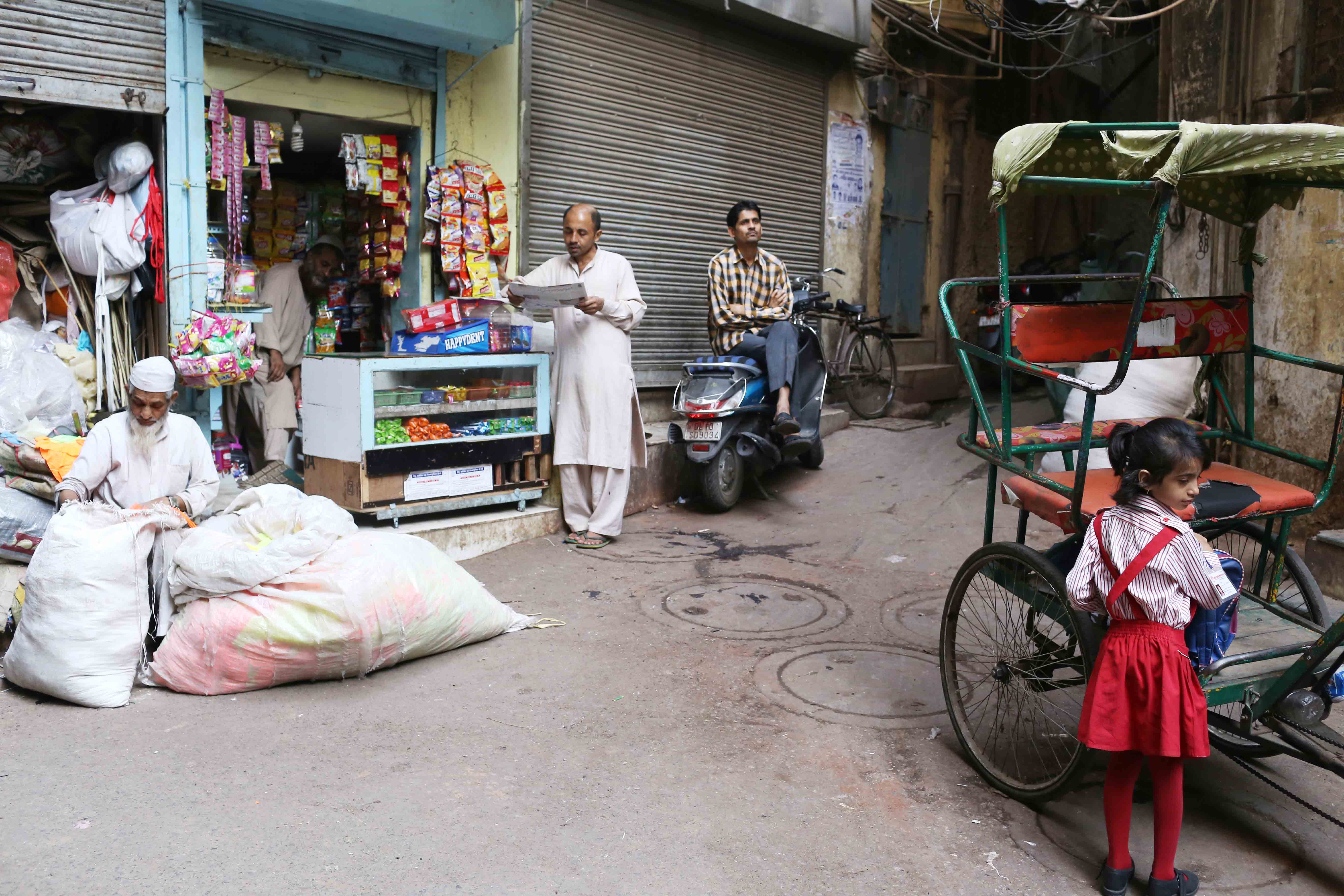 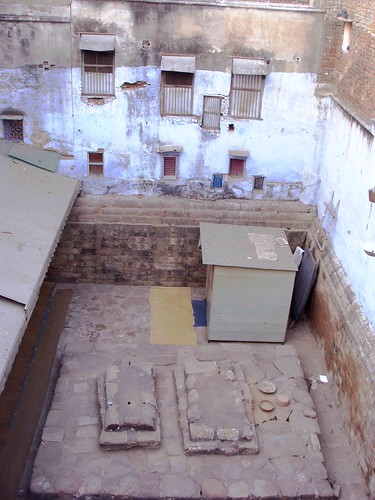 And this happens to be a queen’s address. Who was the only female ruler of the Delhi Sultanate.

The way to Razia Sultan’s grave goes through a hodgepodge of Old Delhi alleys so narrow that you cannot even see the sun. That makes these lanes invitingly cool on scorching summer noons.

To reach the tomb complex, hemmed in by homes and shops, you have to walk up the Pahari Bhojla hill and meander through the secluded neighbourhood of Bulbuli Khana—no chance of spotting a bulbul though.

This is such a quiet locality that you feel far from the overexcited world of the Walled City. Keep walking until you reach a dead end. Here, an iron gate opens into a small courtyard with two stone tombs. One of them is said to be the grave of India’s first woman emperor, and the story of that stone mound appeared long time ago on this blogsite here and here.

But this time it’s about Razia Sultan’s mohalla, not her qabar.

The apartment blocks lay siege to the empress’s tomb like an encroaching army. In the 1980s, the single-storey constructions were replaced by multi-unit apartment buildings. This afternoon, on knocking one of these doors, a young woman, dressed in salwar kameez, appears at the head of the staircase. She dropped out after finishing her 10th standard, she says, preferring to stay at home. Her father runs a “visa-passport consultancy”, her mother is a housewife, and her brother works at a car tyre dealership. She says she is aware of Razia Sultan and has even watched a TV serial based on her life, but no, she has never been to the tomb that is just 100m from her home. “There’s a mosque inside,” she explains. “We women are not permitted to enter.”

This is true only up to a point. Monument hunters—and they include women too—are occasionally spotted loitering inside the compound. The aforementioned mosque is just a recessed arch built on the monument’s western wall. Its young imam, who supplements his income by giving lessons in the Quran to children, confirms there is no ban on the entry of women. But, he adds, the mohalla’s women never visit the queen’s tomb, possibly because only men are permitted to offer prayers at the adjoining mosque.

Razia Sultan’s story goes back more than 700 years. Emperor Iltutmish’s daughter, she ruled for four years before being killed while defending her crown in what is now Haryana. At that time there was no Old Delhi. The area was a dense forest. Indeed, it is doubtful if this grave is indeed hers—the inscribed words on the mausoleum’s Archaeological Survey of India slab isn’t completely sure of the fact.

Maybe this isn’t Razia’s grave. The locals as well as the guidebooks, however, take it to be her final home, and that makes every house, shop and street here seeped in the legend of this enigmatic figure. All you have to do is to casually chat up with artisans working in the vicinity’s many sweatshop-like establishments. Mohammed Sualeheen, who fashions handmade leather pouches, cufflinks and pendants for export, believes there is a secret snake-infested corridor under the streets of Bulbuli Khana leading directly to Razia Sultan’s tomb. This is probably as accurate as the claims many Old Delhi dwellers tend to make about underground passageways linking their respective neighbourhood’s aged mansions to the Red Fort. Neither is it unusual to hear Bulbuli Khana residents talk of sighting Razia Sultan’s ghost.

One night, artisan Mohammed Shameem recalls, he woke from deep sleep to a voice commanding him to walk to Razia’s mausoleum. There, the empress lay atop her grave, her face veiled by a yellow silk cloth.

Accounts of ghosts are not uncommon among people who live so close to the dead. This part of the Walled City abounds in unknown tombs. One nearby locality is called Mohalla Qabrastan (neighbourhood of the graveyard).

Mirza Baig, a motorcycle spare parts dealer, speaks of a female ghost who was once trying to throttle him. Only the chanting of a Quranic verse, he asserts, saved his life.

Fortunately, Asif Iqbal, a publisher of holy books, assures that the “local bhoot” usually keep to themselves.

Over the years, many Bulbuli Khana dwellers have left their homes, not out of fear of ghosts, but to live in less congested parts of the city. One family has scrawled their Brahmapuri address on the locked door of their empty house, just a few steps away from Razia’s grave. But Mohammed Zaheer, a retired tailor who grew up playing cricket and “gend pitthu” beside Razia Sultan’s grave, is still living in his old home, though the rest of his family resides elsewhere. He says he often spends the day at his wife’s place in east Delhi but tries to return to Bulbuli Khana at night. “I sleep soundly only in this mohalla.”

Every night, the imam of the mosque in the empress’s monument dutifully locks the grilled door and settles down to sleep on the ground just beside her grave. The sight is surreal. 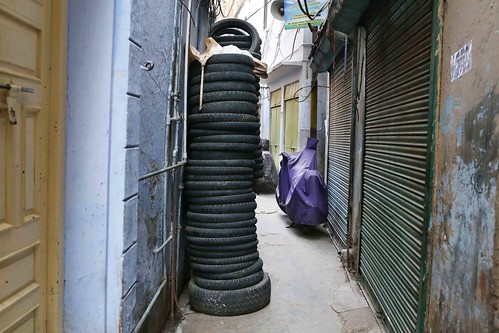 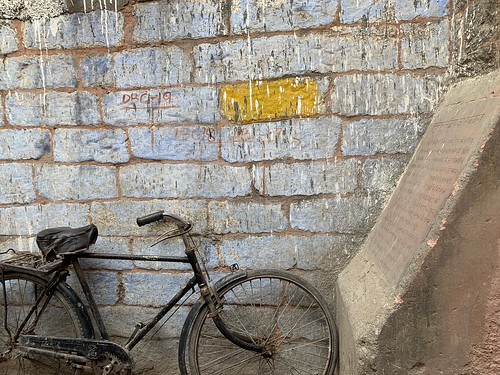 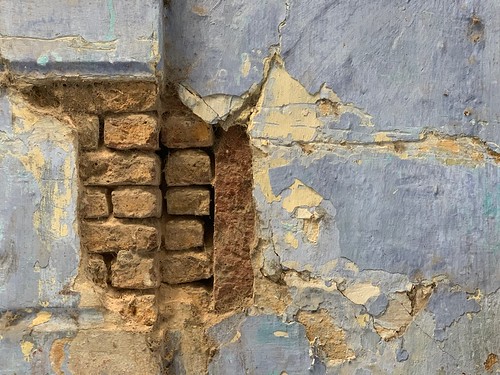 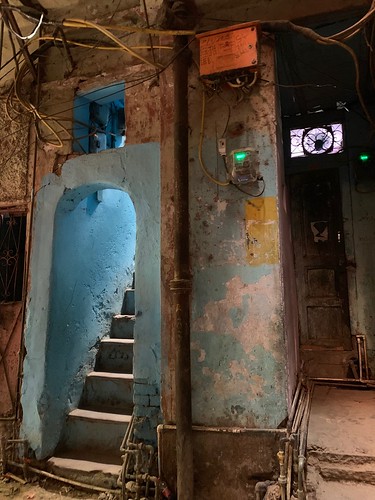 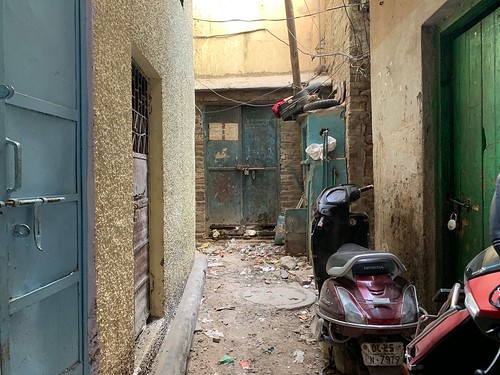 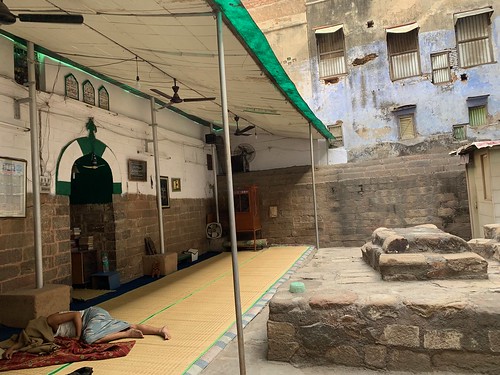 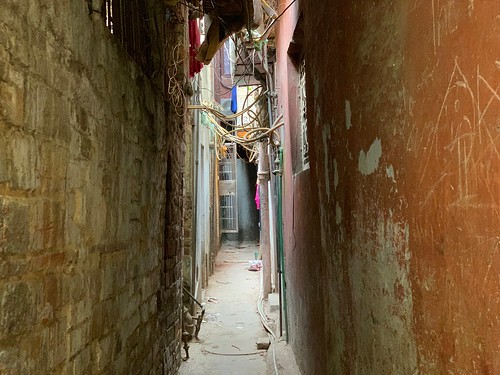 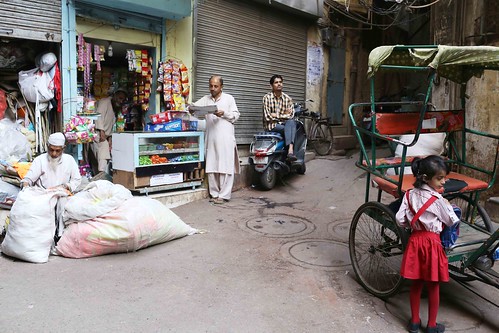