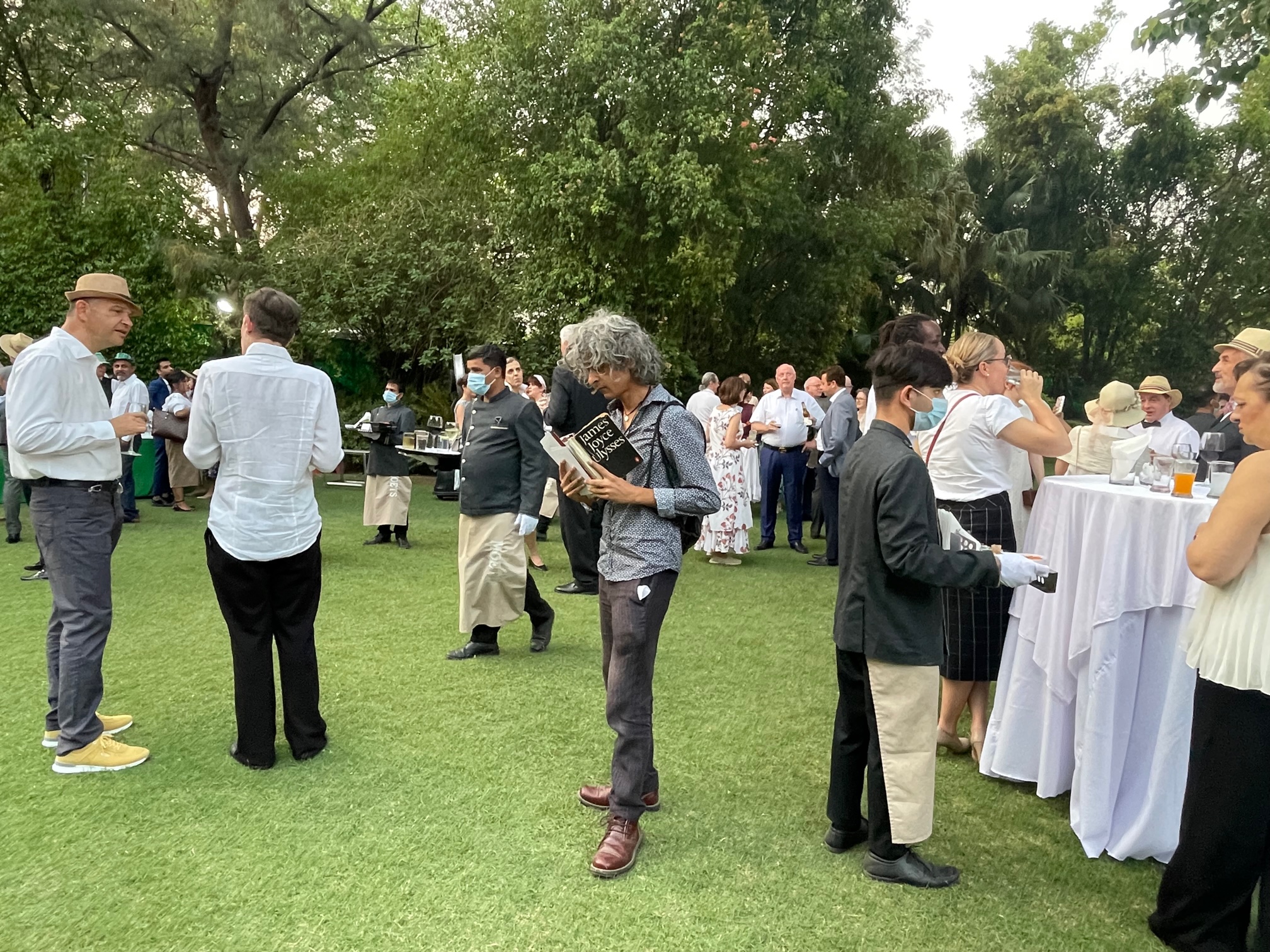 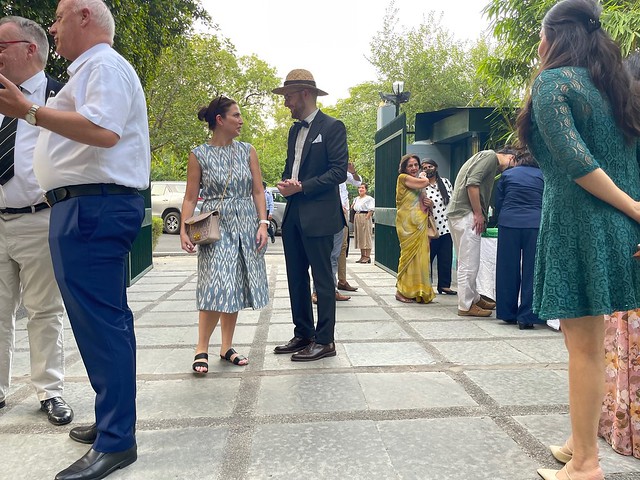 Text of The Delhi Walla’s speech delivered at the Irish ambassador’s New Delhi residence on June 16.

First things first. Happy Birthday Milly Bloom. But, you know, I was surprised that yesterday it was me and only one other person in this big wide Internet who tweeted a birthday greeting to Milly.

But of course we all who she is. We all read Ulysses, right?

Leopold And Molly Bloom’s daughter, Milli, turned 15 yesterday—a line in the novel mentions that very fleetingly: in episode 4, line 415 in the Gabler edition.

Frankly speaking, June 16 used to be like June 14 or June 17 to me. That changed this year. On an icy cold evening of January, while walking on Lodhi Road, I started reading Ulysses for the first time. Three months later I finished the Penguin paperback (with a picture of Ha’penny bridge over the Liffey), while sitting inside an used bookstore in Paharganj. In between, I carried the novel around, during my daily walks in Delhi. I read bits of it on the stairs of Jama Masjid, on the balcony of Haji Hotel (facing Jama Masjid), on a bench in Lodhi Garden (the one under the long-dead tree), beside a toy Qutub Minar in Mahipalpur, and in Shatabdi Express’s AC-Chair Car while travelling from Delhi to Ajmer.

Among many beloved passages in the novel, one that that I have scrawled in my heart and on the back of my mobile is this one: “And Bloom letting on to be awfully deeply interested in nothing, a spider’s web in the corner behind the barrel, and the citizen scowling after him, and the old dog at his feet looking up to know who to bite and when.”

This way, the most intricate fabric of a city’s daily existence is discreetly absorbed into your sensibilities. And you slowly become one with the city.

Every great city has a book that you can use as a walking guide. Delhi has many, such as Ahmad Ali’s Twilight in Delhi, or poet Ghalib’s collected letters. But no matter where you are walking, one ultimate book for the flâneur has to be the—Ulysses.

As we all know, the book mostly consists of the characters walking the streets of Dublin, portrayed with remarkable precision and scads of details. Despite such geographical specificity, the Dublin in the book (of the year 1904) has become universal, so much so that you will always find some landmarks and people in the book resonating with landmarks and peoples in your own city. The novel’s language is fast-flowing, serpentine, and studded with very many strange words and references. Reading it is like walking through a street—you come face to face with a dazzling variety of sights and sounds, peoples and places. You see things that are easy to comprehend, and things that aren’t that easy. Isn’t that just like reading Ulysses.

But there are other reasons that make Ulysses a model walking guide to Delhi. The novel’s Dublin and our hot, smoggy Dilli echo in more ways than one. I once met an elderly tailor in Roshanpura who finds his twin in the novel, in the character fleetingly encountered in a pub. Next, walking among the graves of Dilli Gate graveyard is strangely similar to what happens in episode 6 of the novel, set at Dublin’s Prospect Cemetery. The episode that immediately follows is set in a newspaper office, synchronising seamlessly with the Delhi setting, since our so-called Fleet Street stands next to the Dilli Gate graveyard.

And of course the Martello Tower on Ansari Road, at the mouth of Old Delhi. It finds its twin tower in Dublin’s Martello Tower, where Joyce’s novel’s starts — both towers a heritage of the British colonisation. One was built in 1804, and the other in 1857.

A couple of months ago, in the daily column I write about the city in Hindustan Times, I exhorted Delhi citizens to visit this monument on Ansari Road, and to read aloud the opening of the novel there to celebrate the 100th anniversary of Ulysses’s publication. I was so giddy to see that this week, Irish ambassador to India, Mr (Brendan) Ward, did just that.

We, the Joceans — my pics are snapped by Stephan Dedalus naturally 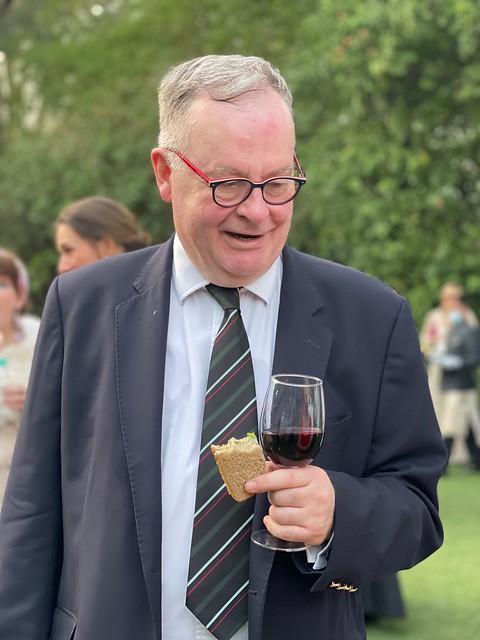 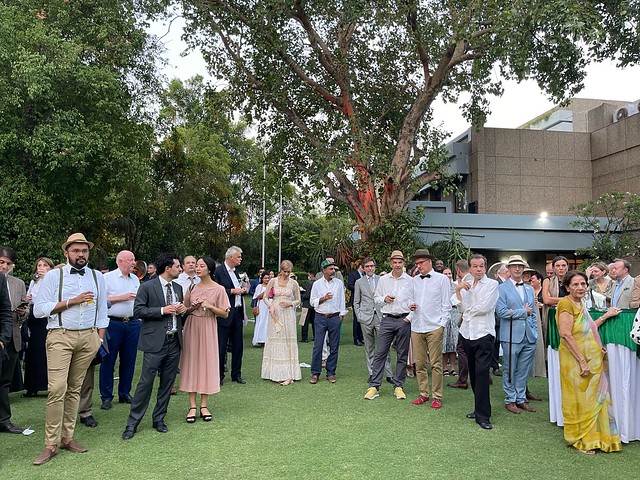 1j (me delivering the speech) 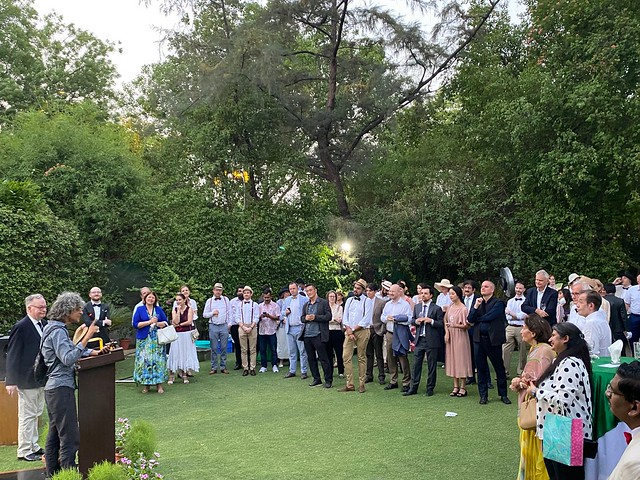 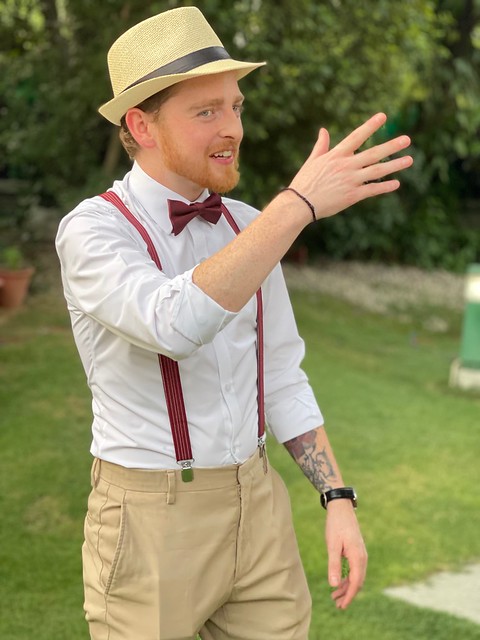 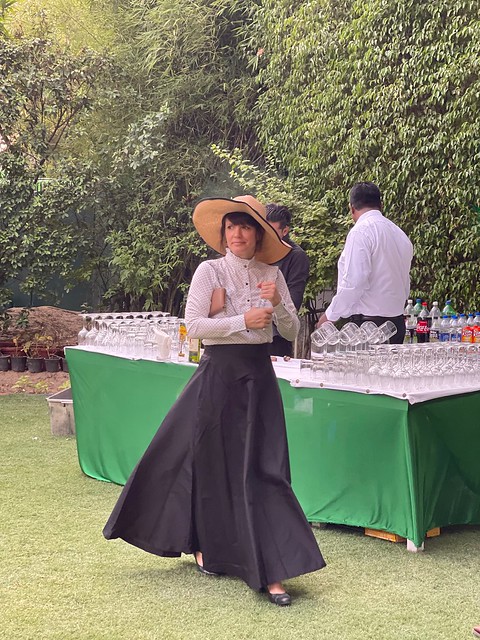 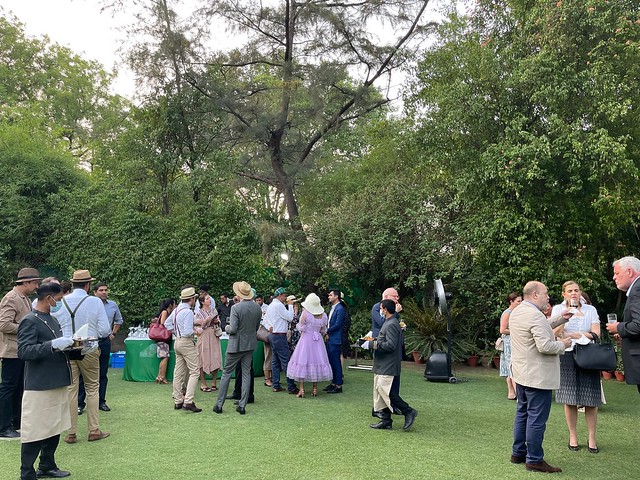 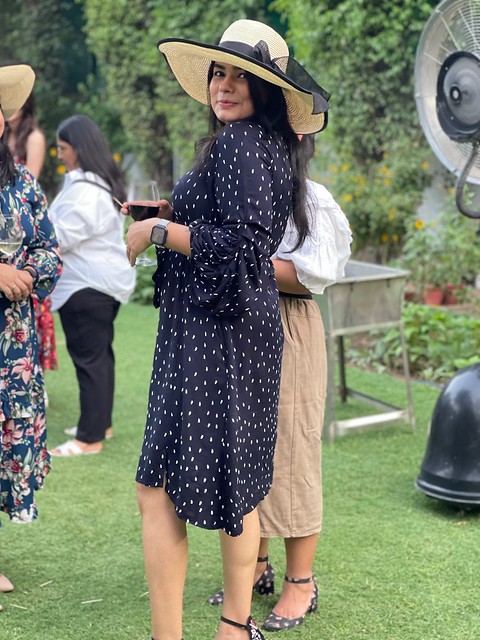 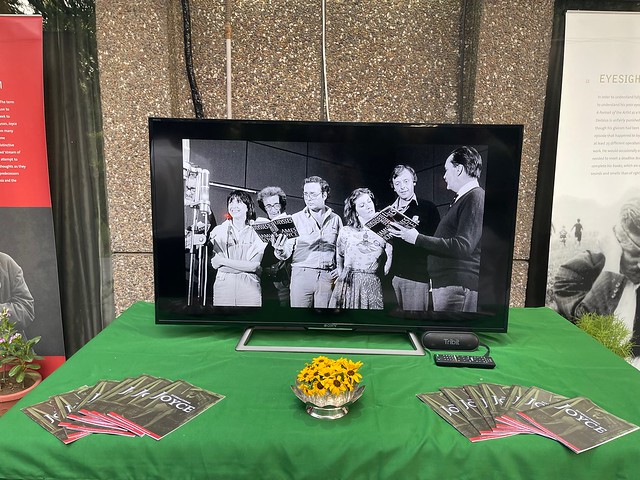 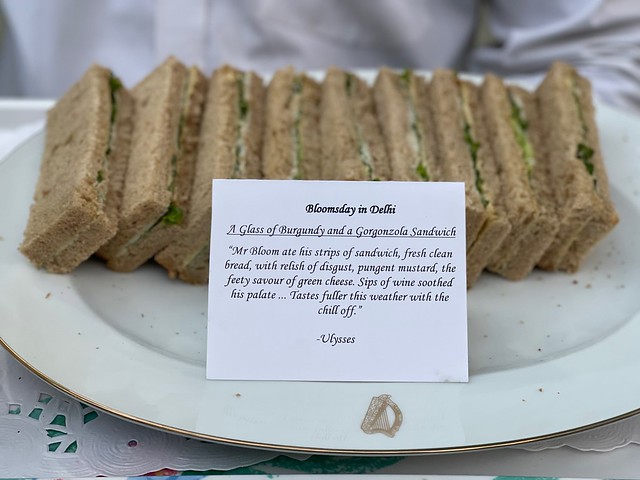 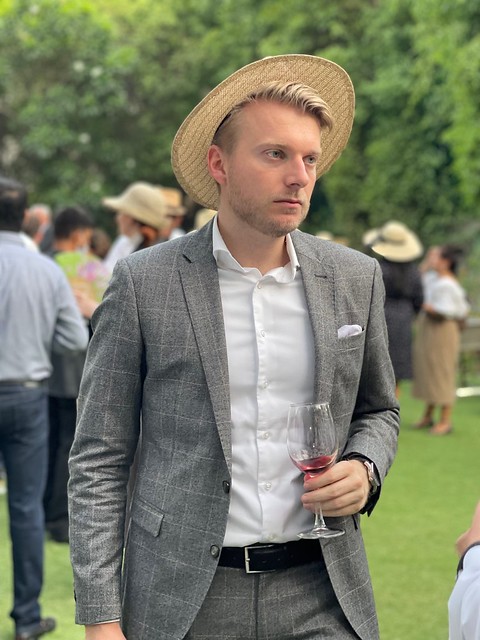 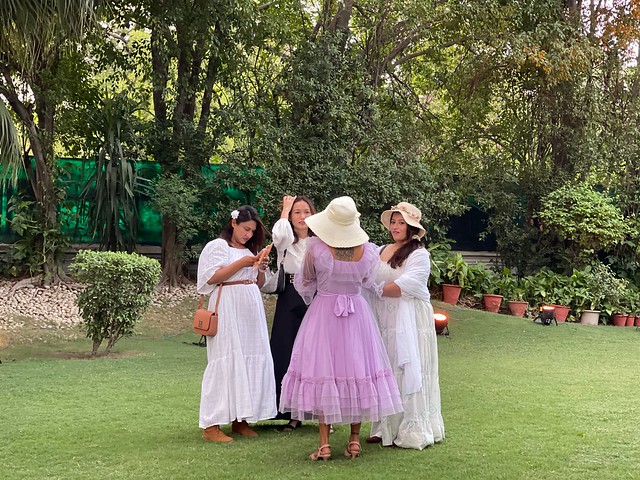 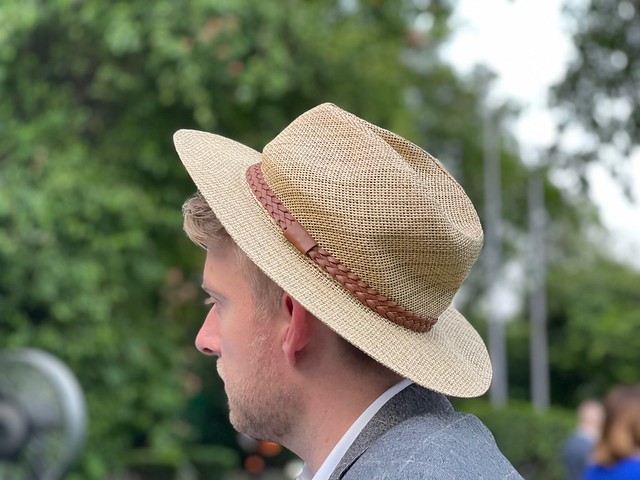 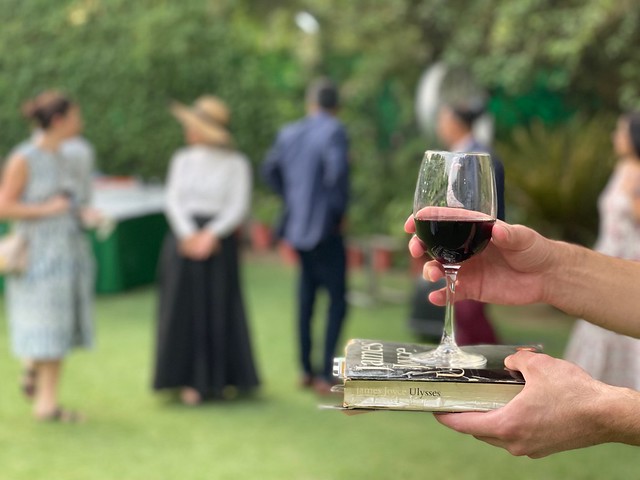 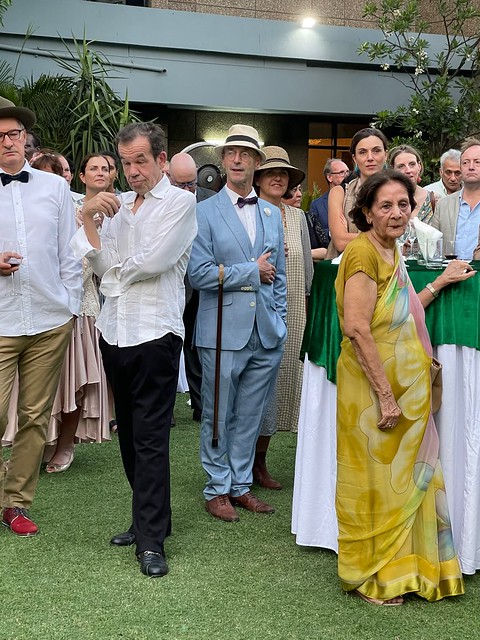 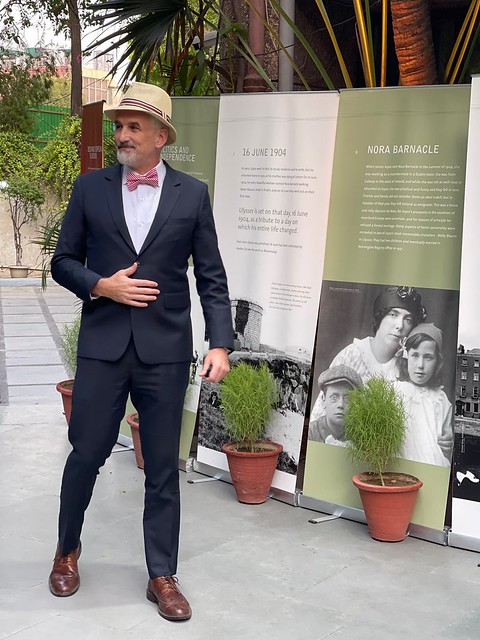 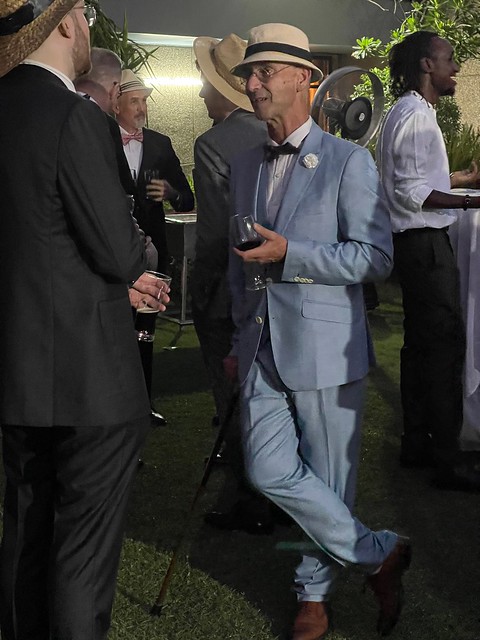 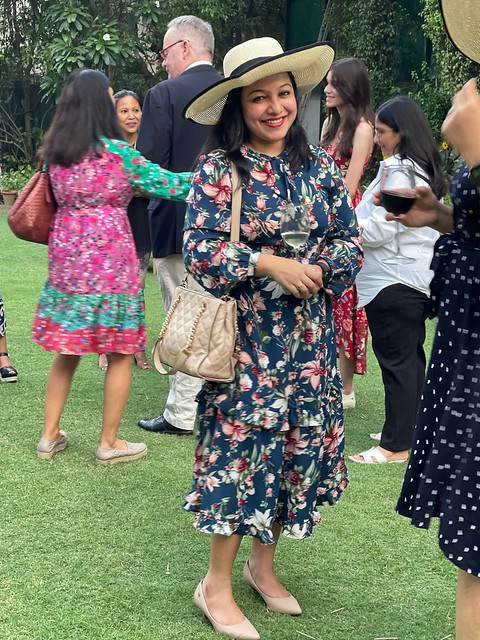 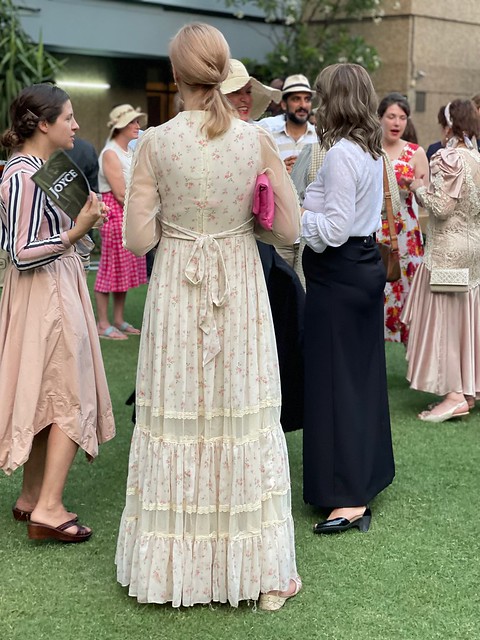 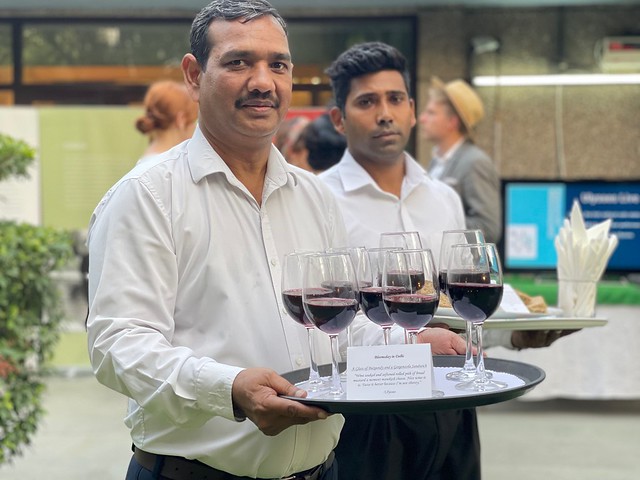 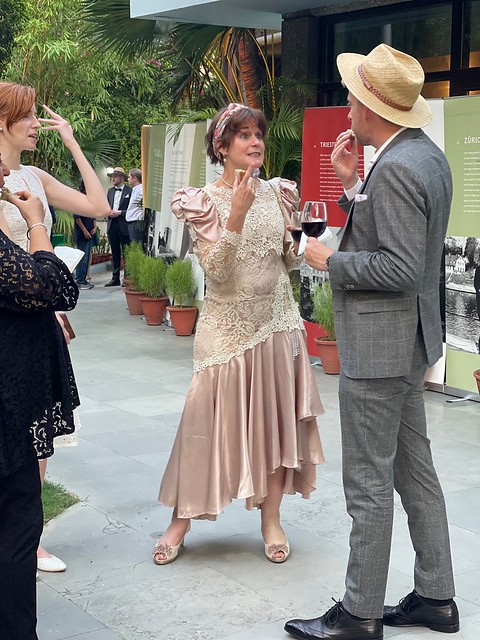 1j (I was the only one in the party with Ulysses) 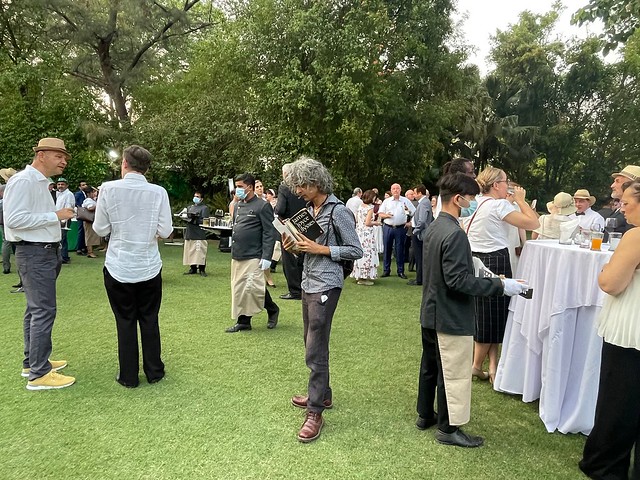 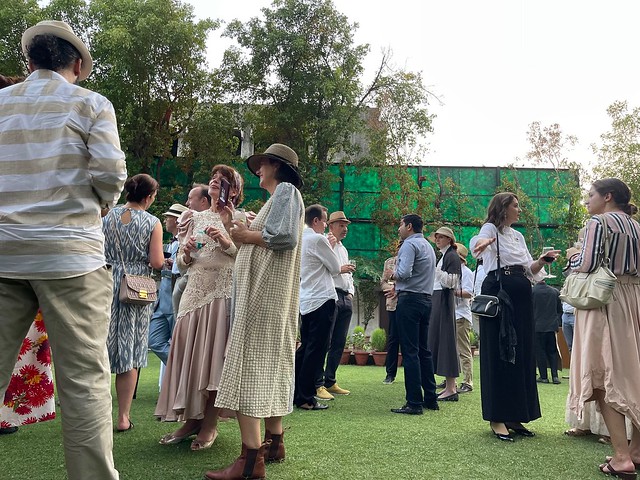