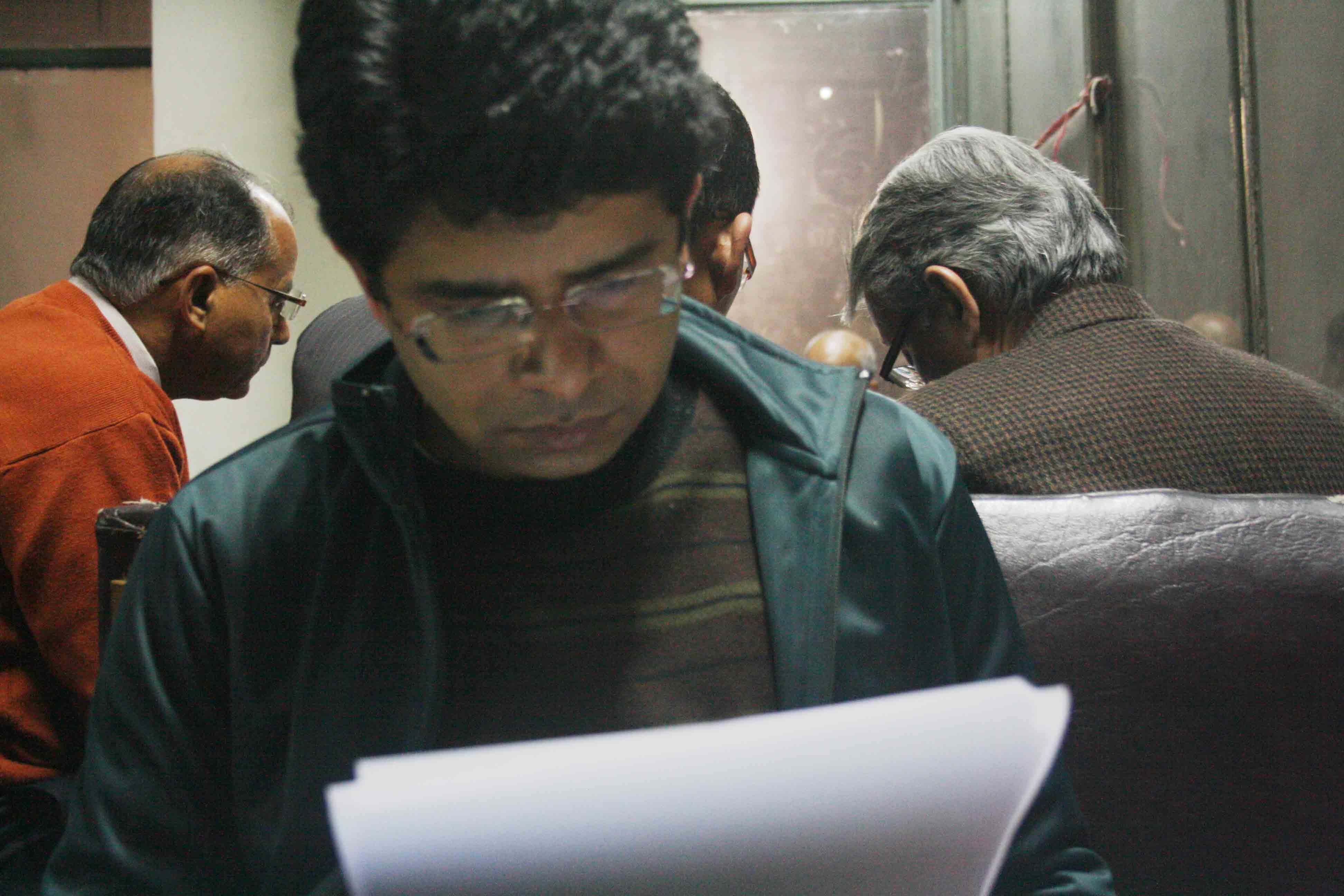 Today is the tenth meeting of The Delhi Proustians, a club for Delhiwallas that discusses French novelist Marcel Proust. Every Monday evening for an hour we read his masterpiece, In Search of Lost Time.

It is 7.17 pm and The Delhi Walla is alone, with printed sheets of Swann’s Way, the first volume. I’m feeling low. My writing has hit a dead-end. I’m also not being faithful to Proust, reading him rather irregularly.

Just then Sourabh Gupta, a writer from Noida, enters the coffee house. Sitting down at my table, he takes out a packet of oatmeal biskuts, and says, “Today I will order coffee.”

Mr Gupta started his Proust project a week ago. He says, ”While reading the passage where Proust describes the surreal images of his room and the effect they have on him, I found this line apt:

But I cannot express the discomfort I felt at such an intrusion of mystery and beauty into a room which I had succeeded in filling with my own personality until I thought no more of the room than of myself.

“I was reminded of my room, in the government quarter I used to live in in my boyhood days – how the room, its things, its character had become one with me, so that I only notice it now, so many years later when I am no longer there, and can never live in that room that way. Isn’t it an example of the beauty of memory and nostalgia?”

“I also notice, as I read Proust, how he presents two different narratives: his reminiscences about the workings of his perception, and his recollections of what others did and said around him. But while writing the former, he is at his most original, and most difficult too, and in the latter, he is lucid, but gives a feeling of deja-vu, as if, ‘I have read it before’.

“But that’s what I like about In Search of Lost Time,” I say. “There are so many dialogues that gives me a feeling as if I’ve heard them before – in real life!”

Mr Gupta says, “Listen to this.

And yet, as soon as I heard her “Bathilde! Come in and stop your husband from drinking brandy!” in my cowardice I became at once a man, and did what all we grown men do when face to face with suffering and injustice; I preferred not to see them; I ran up to the top of the house to cry by myself in a little room beside the schoolroom and beneath the roof...

“It’s such an accurate description to convey the sensitivity and sentimentality of a young boy.”

…in my cowardice I became at once a man, and did what all we grown men do when face to face with suffering and injustice; I preferred not to see them.

“To me, this line is as if it’s written by Arundhati Roy, my most beloved author. Some of her admirers say that she is very brave to write what she writes in her political essays. I think she writes what should be written. It doesn’t need an extraordinarily brave character. It is just the right thing to do.”

I’m no longer feeling that low.

The 11th meeting of The Delhi Proustians takes place on 27 February, 2012.

Lost in the text