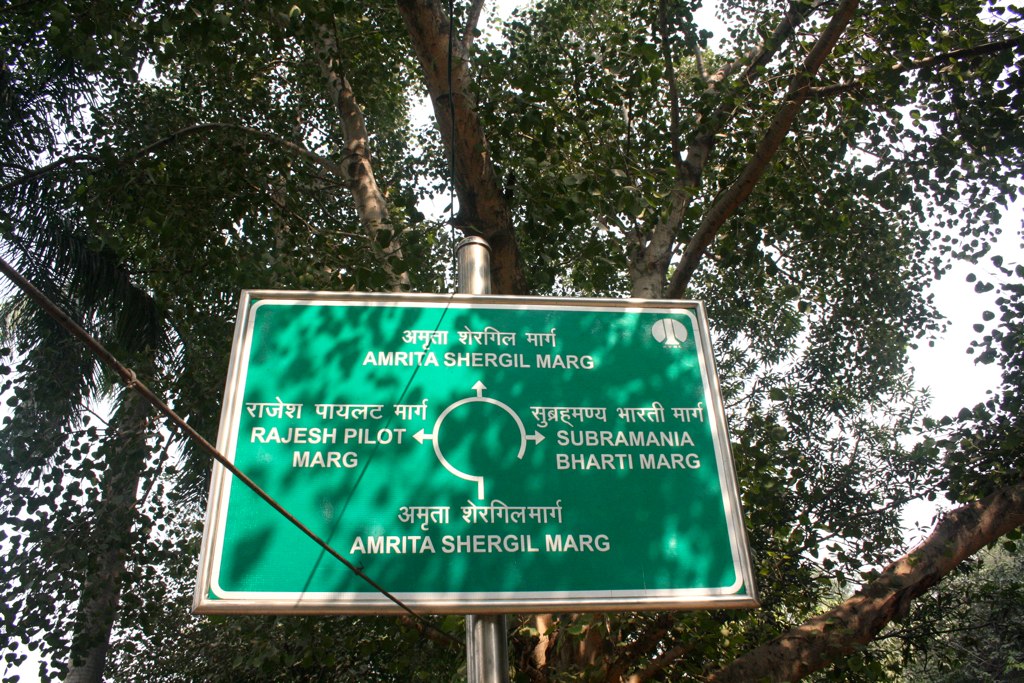 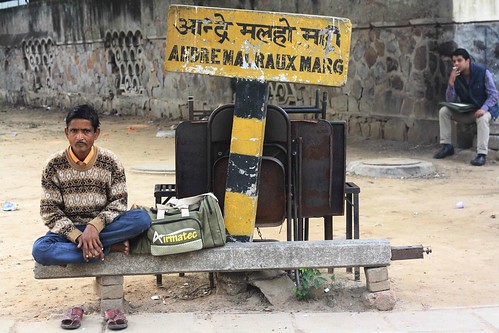 In February 2017, the New Delhi Municipal Council renamed Dalhousie Road as Dara Shikoh Road. Lord Dalhousie was a colonial-era administrator in British India. According to newspaper reports, the demand to rename it came from New Delhi’s MP, Meenakshi Lekhi, of the Bharatiya Janata Party. The Indian Express reported her as saying: “Dara Shikoh, the eldest son of fifth Mughal Emperor Shah Jahan, had promoted the peace and concord between the followers of Hinduism and Islam, and has interest in comparative religions, universal brotherhood, humanism and peace. In fact, the library in Delhi named after him is a live example of his desire to acquire more knowledge… He was a great patron of fine arts and music, and took his last breath in Delhi.”

Similarly, in August 2015, the NDMC had decided to rename Aurangeb Road, a central Delhi avenue, in honour of late president A.P.J. Abdul Kalam.

The road was once home to Pakistan’s founder, Muhammad Ali Jinnah. According to newspaper reports, the demand to rename it came from East Delhi’s MP, Maheish Girri, of the Bharatiya Janata Party. The Indian Express reported him as saying: “Whenever we remember (Mughal emperor) Aurangzeb, we think about cruelty and torture. We do not want to be reminded of that. A.P.J. Abdul Kalam, on the other hand, is known for his love for the nation, his loyalty to the country, his generosity and kindness. We need to correct the mistakes made in our history.”

The Delhi Walla gives you a list of such “corrections”, and of some roads that still retain their original names.

It is named after a Punjab-born doctor who popularized homoeopathy in the country. The road initially got its name from British field marshal Edmund Allenby, remembered for his role in West Asia during World War I.

Mahatma Gandhi was assassinated in the premises of a bungalow on this road. The name commemorates that date. The initial name came from Afonso de Albuquerque, a Portuguese governor of Goa in the 16th century.

It was originally named after General David Baird, who was the subject of the famous 1839 painting General Sir David Baird Discovering The Body Of Sultan Tippoo Sahib After Having Captured Seringapatam (4 May 1799), by David Wilkie. Its present name comes from the well-known gurdwara situated here.

This road in front of Khan Market was named after a British governor general. It takes its current name from the early 20th century Tamil poet, whose statue is a short walk away from the elegant Sujan Singh Park.

Once named after the English monarch, it was home to Kalam. Its current name commemorates Chakravarti Rajagopalachari, India’s last governor general.

It runs along one side of Lodhi Garden, which was once called Lady Willingdon Park. The road was named after her son, the marquis of Ratendone. It was renamed in honour of Amrita Sher-Gil, the celebrated painter who died young, at 28. It is one of Delhi’s most exclusive residential neighbourhoods. In summer, when the amaltas bloom, the road turns golden yellow.

It runs along the historic Ramlila Maidan. The road is a short walk away from both Old Delhi’s Turkman Gate and New Delhi’s Connaught Place.

This road commemorates the great 18th century Carnatic music composer. It was initially named after Robert Clive, described by the Encyclopaedia Britannica as the “first British administrator of Bengal, who was one of the creators of British power in India”.

A quiet side lane named after Gujarat’s second chief minister, it took its first name from the British viceroy who oversaw the partition of Bengal.

The British Council, American Center and Goethe-Institut/Max Mueller Bhavan are on this road. It was renamed after Mahatma Gandhi’s wife, though many people still refer to it as Curzon Road.

Named after the last Mughal emperor, who died in exile, it is sometimes called Delhi’s Fleet Street because it’s home to several newspaper offices. Not many know of the large graveyard nearby.

Dalit leader B.R. Ambedkar lived here as the country’s first law minister. It was first named after a British viceroy who served in India during the historic Delhi Durbar in 1911, when the capital was shifted from Kolkata. It is now named after freedom fighter Bal Gangadhar Tilak.

Henry Havelock was a British general who recaptured Kanpur during the 1857 rebellion. The current name comes from a Kali temple dating back to the 1930s.

Irwin was a viceroy. Kharak Singh was a freedom fighter. The most popular landmarks here are the state emporia and the Hanuman temple.

Hugh Keeling was the chief engineer of New Delhi. Its name was changed to honour Russian novelist Leo Tolstoy, whose statue stands at the starting point of the road, on Janpath.

This is the site of the Republic Day parade. King George V’s statue used to be one of the landmarks, apart from India Gate of course, but it was shifted after independence.

This road overlooks a part of the Ridge. Home to a number of state bhavans, and the Taj Palace and ITC Maurya hotels, it was originally named after a British military leader. It now commemorates “Iron Man” Vallabhbhai Patel.

Most famous for its railway overbridge, this road was renamed after the Hindu reformer, though most Delhiites still know it as Minto Road. There were two colonial-era Mintos in India. One was a governor general; the other was his grandson, a viceroy.

It got its name from a flour mill in the area and was renamed in memory of Rafi Ahmed Kidwai, a minister in Jawaharlal Nehru’s cabinet.

It was named after a governor general who served in India during the 1857 rebellion. The section was renamed in memory of Congress leader Madhavrao Scindia, who died in a helicopter crash in 2001.

Robert Tor Russell was the British architect of Connaught Place, who also designed Flagstaff House on this very road. Renamed Teen Murti Bhavan, this became the residence of Nehru, the first prime minister.

Sham Nath was a deputy minister for the railways in the 1960s. Ambedkar spent his last days in a bungalow on this road. The prettiest building here is the colonial-era Maidens Hotel.

A memorial here commemorates the lives lost during the 1857 rebellion. This road now memorializes the heroism of the 19th century queen, Lakshmibai.

Its current name reflects its proximity to Delhi University.

It is home to Raj Niwas, the official residence of Delhi’s lieutenant governor. The road got its earlier name from a 19th century mansion that was also the home of Simon Fraser, the commissioner of Delhi, who was killed in the 1857 rebellion.

Bordering the eastern side of Daryaganj, its name honours Mukhtar Ahmed Ansari, a freedom fighter who lived there. It’s famous now as a publishing hub.

Named after a British viceroy, it runs along the scenic Red Fort ramparts. In the 1940s, a treason trial behind those walls put members of Subhas Chandra Bose’s Indian National Army in the dock.

Built by the British in the 19th century as part of a series of bastioned fronts for the defence of Delhi, it is today a red-light district. Swami Shraddhanand was a social reformer—his statue in Chandni Chowk replaced Queen Victoria’s.

The revolution must start from this road 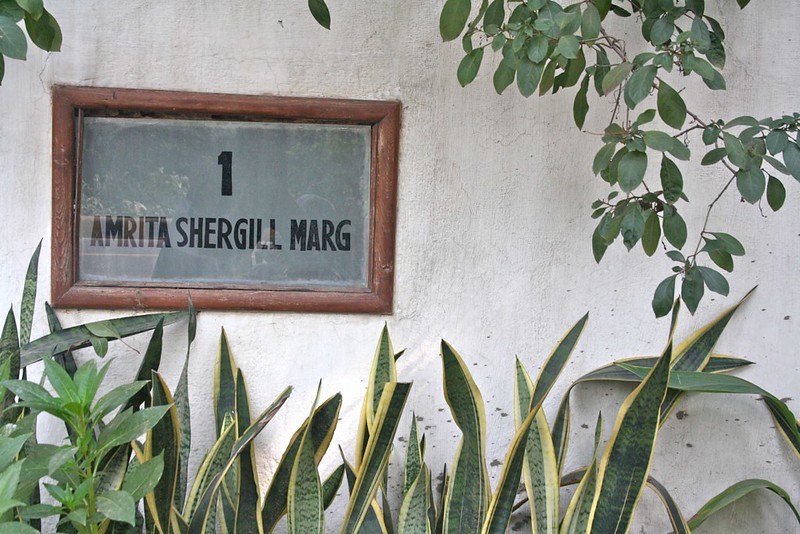