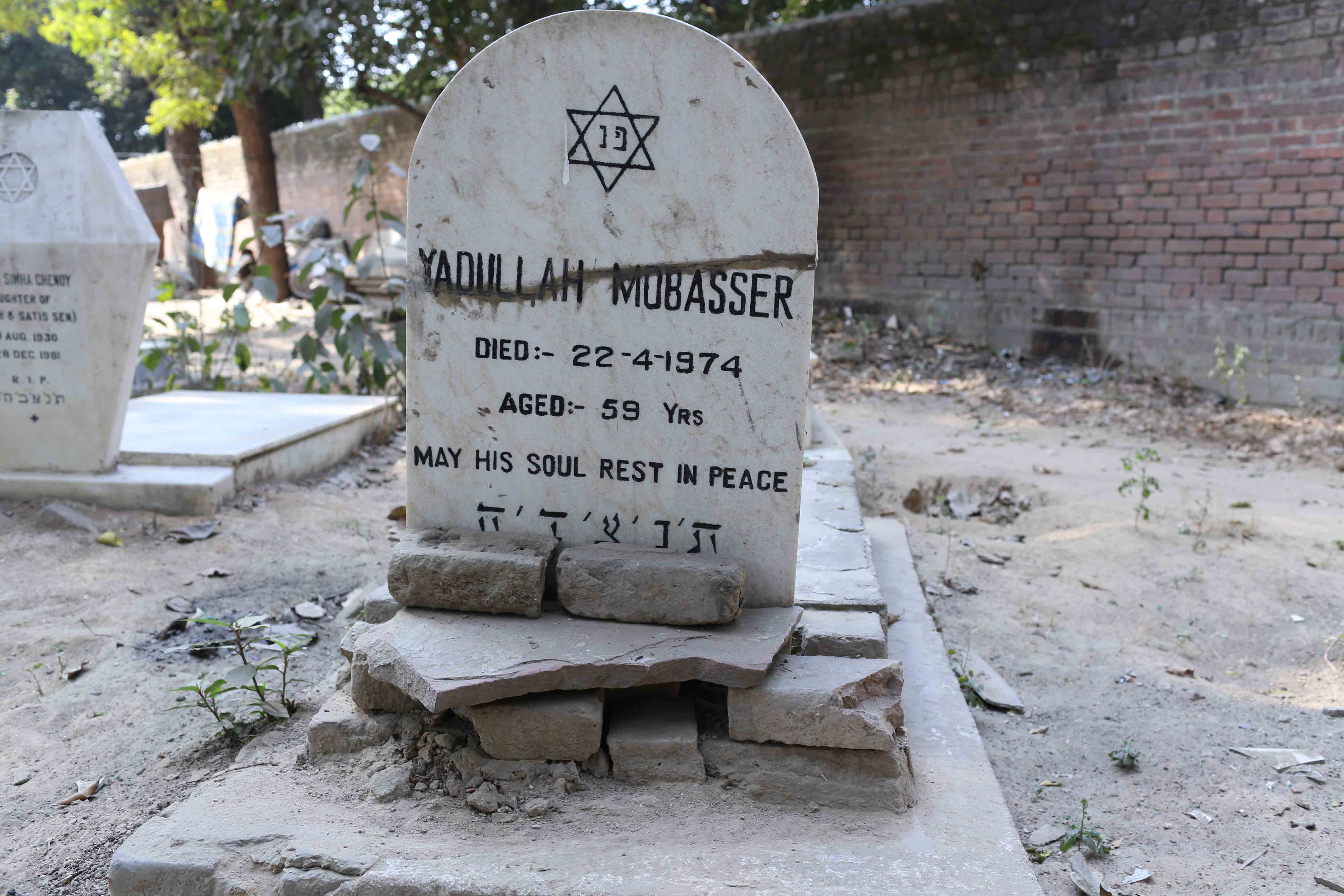 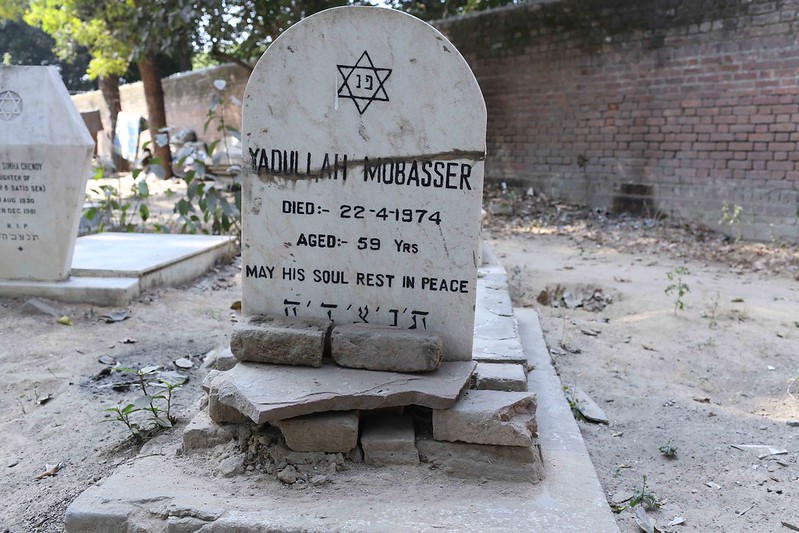 The Capital’s only Jewish cemetery is walking distance from the Khan Market Metro station. It is a serene corner of Delhi, and 42 Jews rest here in peace. This is where the man once described by The Times Of Israel newspaper as “India’s top-ranking Jew” is now buried.

Lt Gen Jack Farj Rafael Jacob—who died on 13 January 2016 after a brief illness aged 92—was the hero of the Bangladesh war, the man who famously negotiated Pakistan’s surrender in 1971. Delhi is now left with only 10 Indian Jewish families, according to Ezekiel Isaac Malekar, the Maharashtra-born rabbi of Judah Hyam, the city’s only synagogue, which borders the cemetery. Seated one evening in the empty hall of his temple, which has been visited by the likes of former Israeli president Shimon Peres and Tibetan leader Dalai Lama, Malekar says India has about 5,000 Jews—4,000 of them live in and around Bombay.

While Delhi has also been shaped by people who happen to be Jewish (read about Delhi’s great Jews here), its small Hebrew graveyard does not give away much about the community. Rabbi Malekar, too, is not familiar with the stories of most of those buried here. Even so, reading the epitaphs on these dusty tombstones does offer a sense of a unique Jewish-Indian world. Some of the inscriptions hint at interesting stories—the mother and father have markedly Jewish names, while the names of a husband or wife appear to be Hindu. One tomb commemorates martyrdom in an India-Pakistan war; another celebrates a career as a signalman.

A few of the people in the graveyard, set up in 1930, would be known to those who keenly follow Jewish life in India. Ezra Kolet, for instance, was the president of the Indian Council of Jewry, and was also the founder of the Delhi Symphony Orchestra.

Sadly, some of the old sepulchral stones at the cemetery have decayed and are difficult to decipher—the letters have faded, so have the Star of David signs. Some tombs have grass growing around them, some have cracked. The grave that appeared least lonely on a recent afternoon had a dog snoozing next to it. Here are all the people who lie at rest at the graveyard; the names that could be deciphered are in the descending order of the year of death or burial and most of the descriptions have been taken from their epitaphs:

4. Beatrice Moses, 1934-2007 (daughter of Abraham and Flora Solomon Saigaonkar, and wife of Nissim Moses Talkar, she was a sweetheart wife and mother)

5. Cathora Shalom Payne, 1930-2007 (her other name was Kanwal Sehgal; wife of Ram Sehgal; daughter of Sarah and Shalom Payne, she is remembered forever by Dimpy and Nandita)

10. Moshe, died 1995, 79 years (son of Hannah and Aaron Joseph, whose memory will never fade, bore his pain silently as his wife, daughters, grandchildren, sons-in-law and brothers stood by)

15. Shanta Simha Chenoy, 1930-1981 (daughter of Hannah, who was founder and principal of Delhi University’s Lady Irwin College, and Satish Sen)

24. Lieutenant Colonel Joseph Ephraim Jhirad, died in 1965 (Wise in heart and mighty in strength. He died on 17 September during the India-Pakistan war while commanding the 8th battalion of the Garhwal Rifles. He was greatly mourned by Joyce Rebecca, his beloved wife)

26. Sheba Rahamin Kolet, died in 1962, aged 76 (a virtuous woman whose price was far above rubies, she passed away peacefully after a lifetime of selfless courage that was an inspiration to all)

32. Benjamin Samuel Reuben—died in 1952, aged 46 (“on that sad unhappy day, with farewells left unspoken, he softly slipped away”)

You shall always be remembered 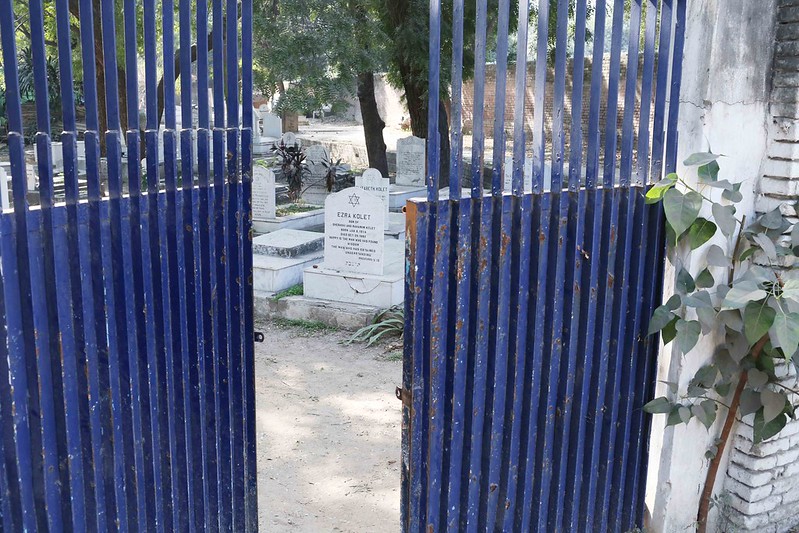 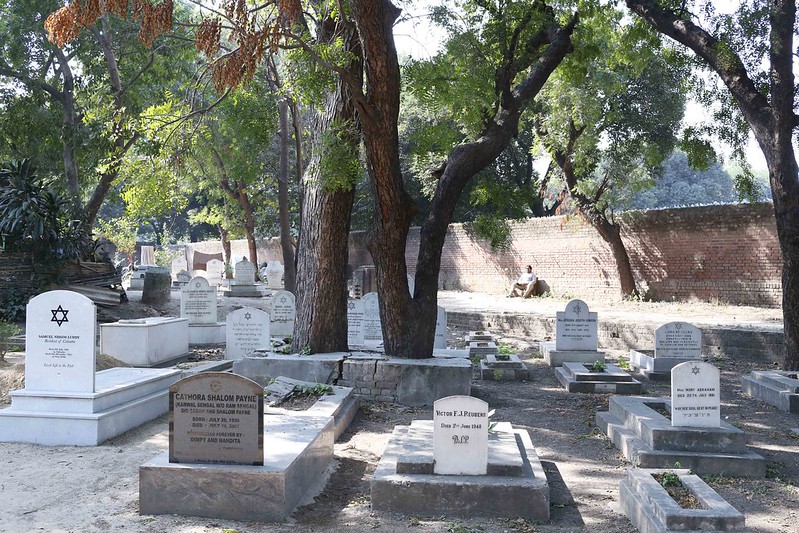 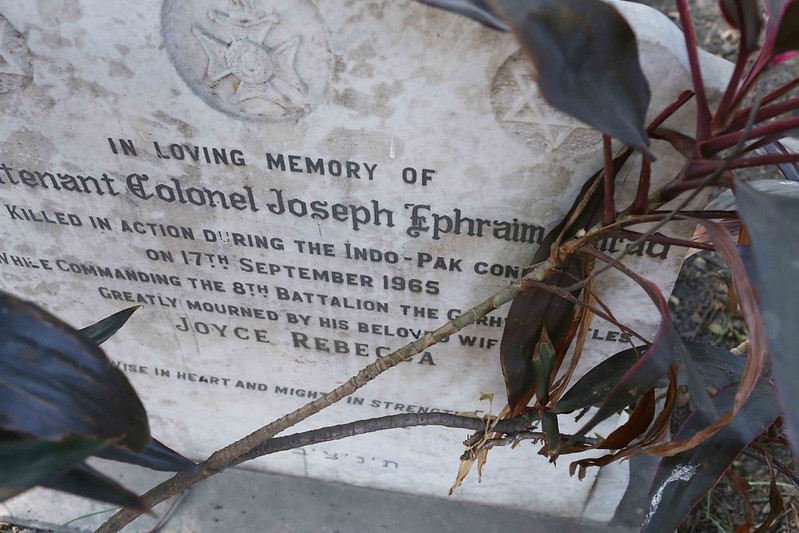 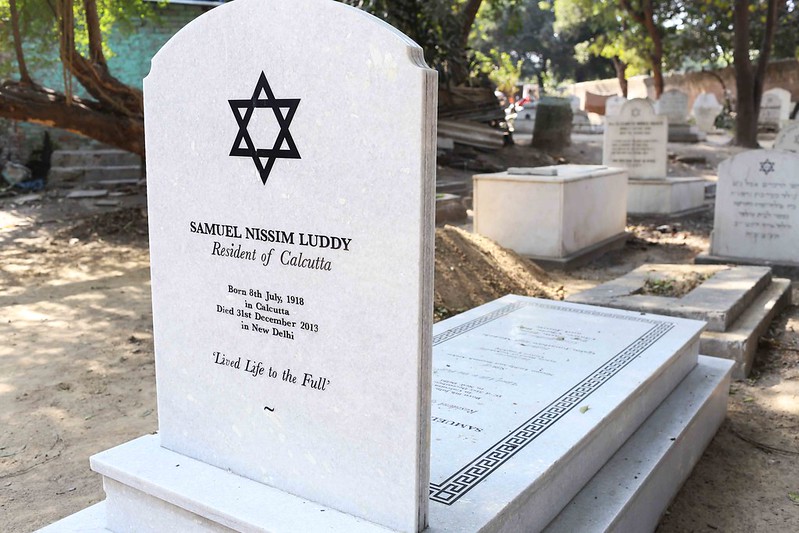 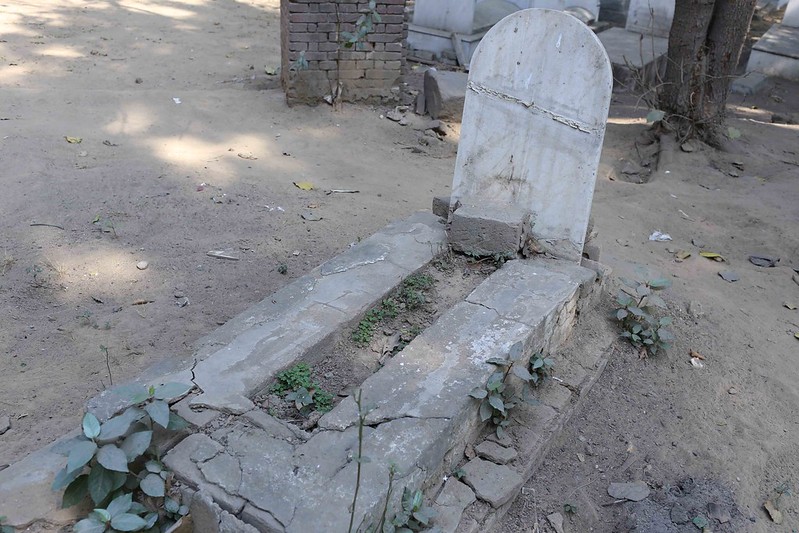 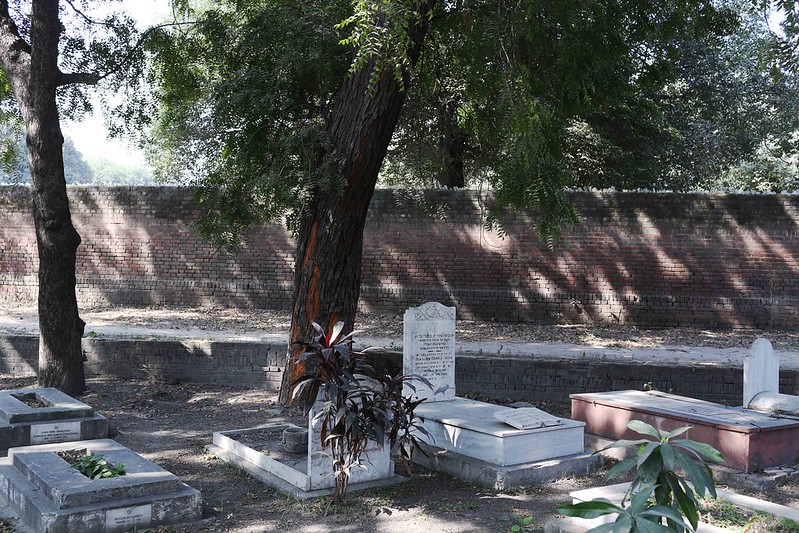 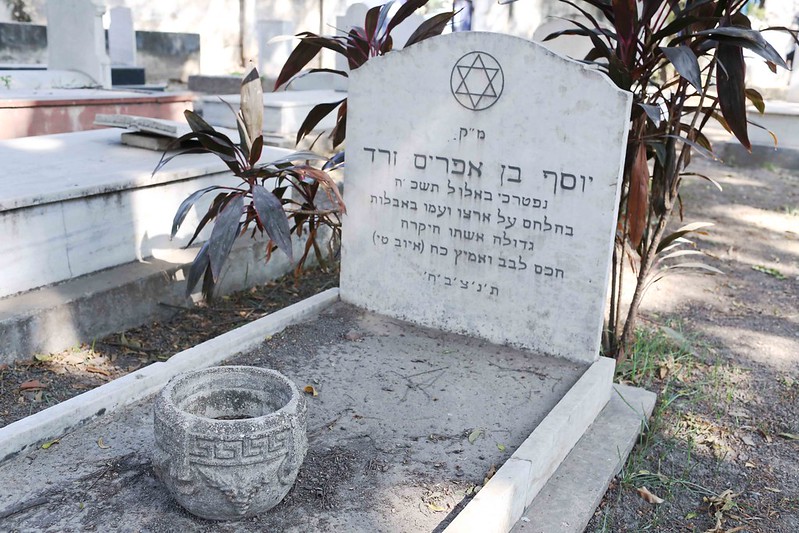 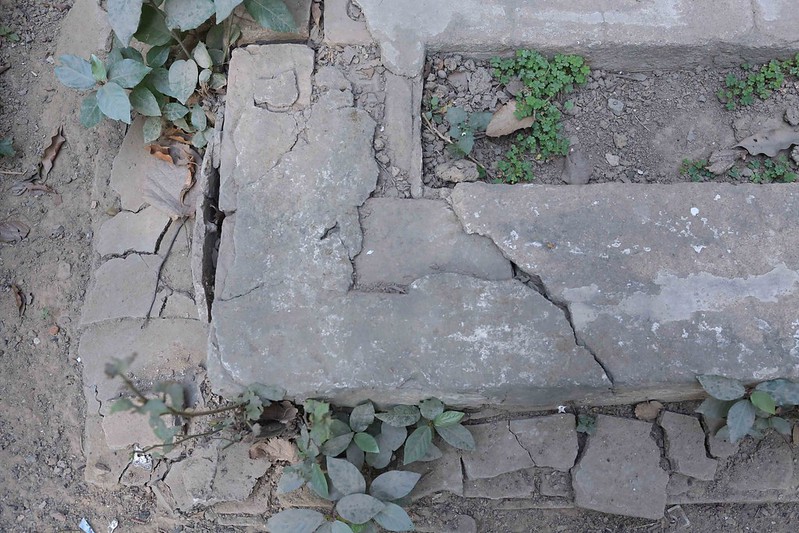 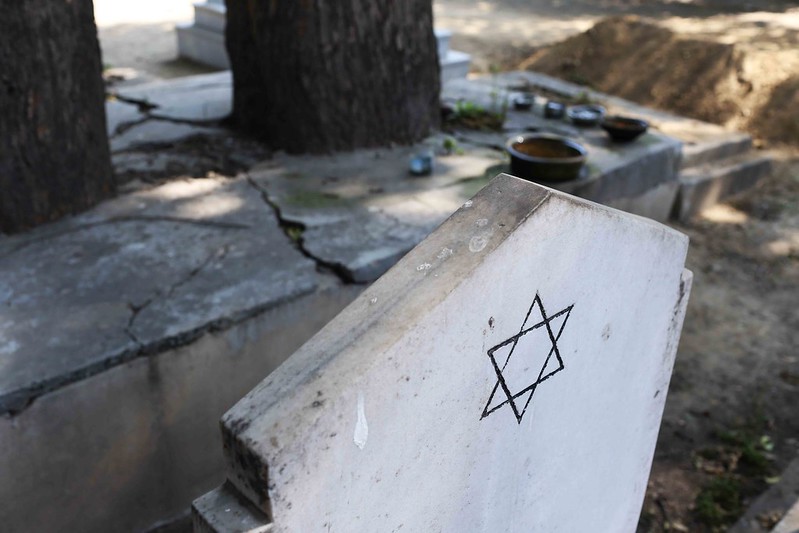 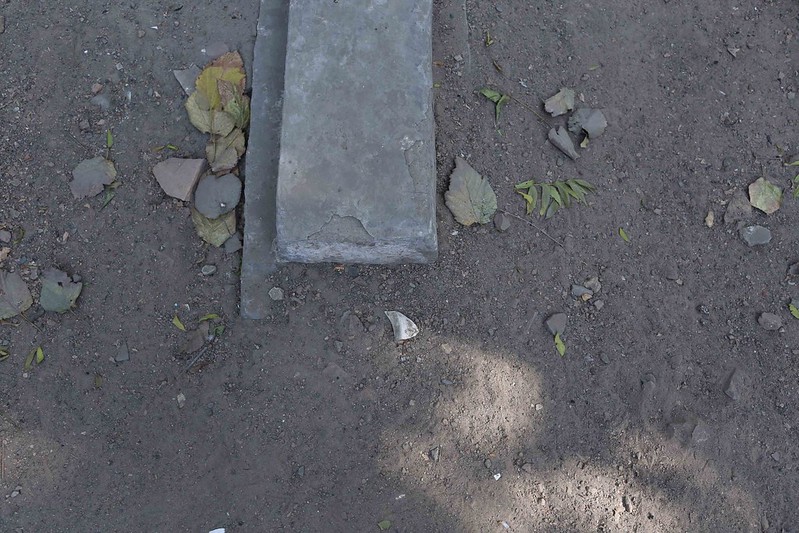 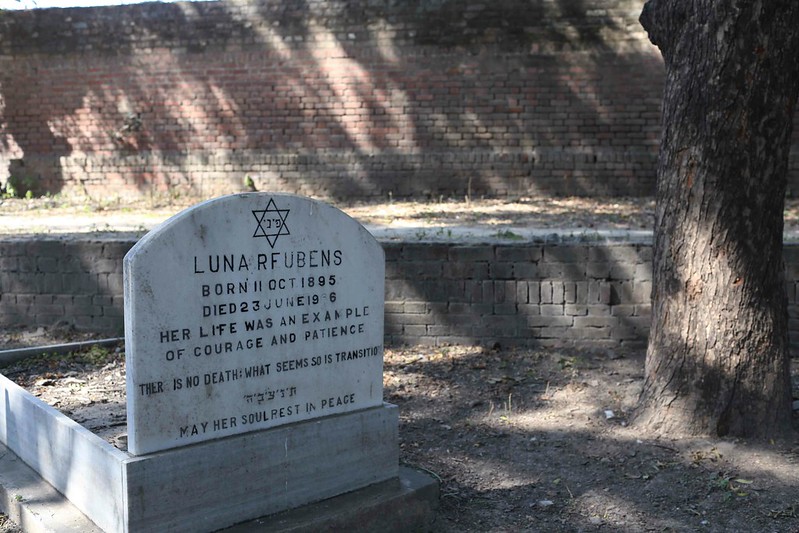 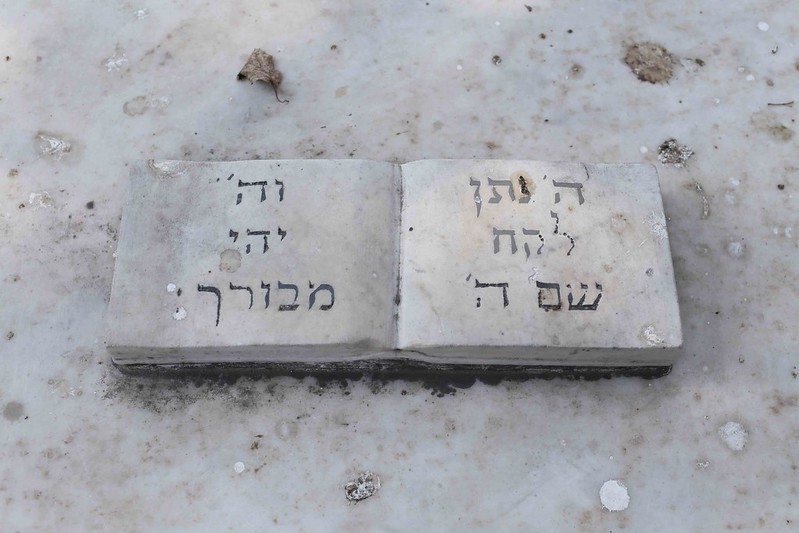 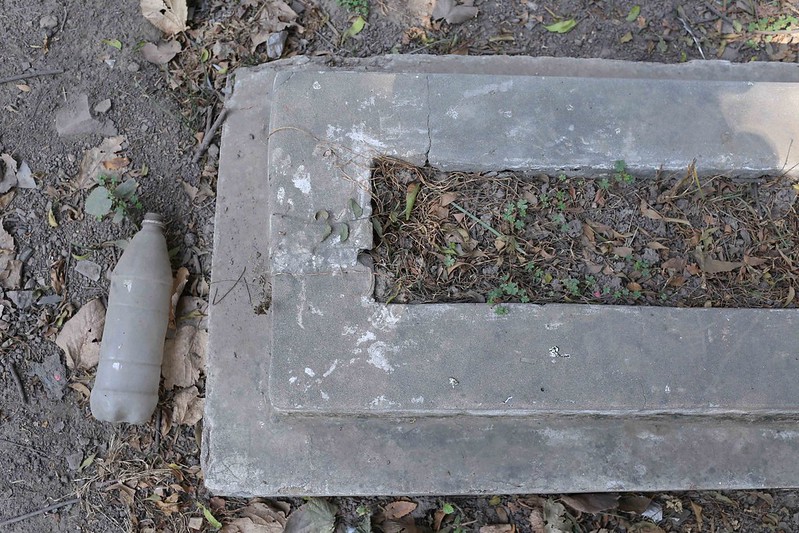 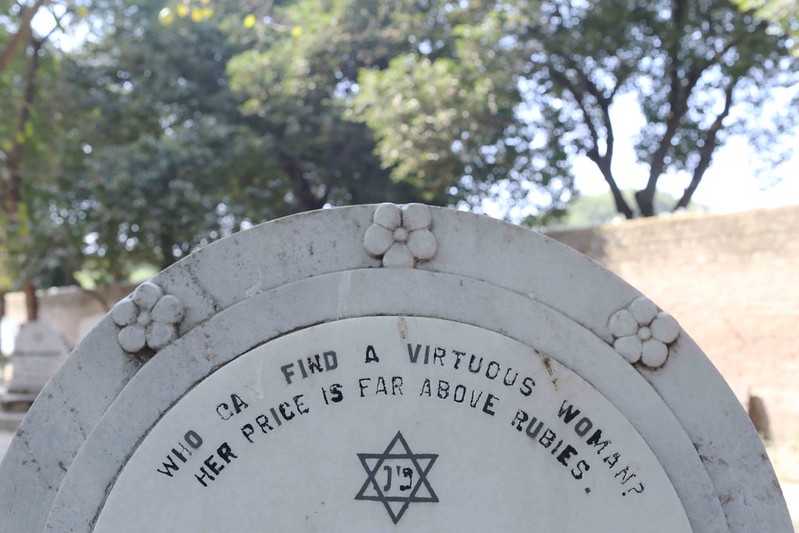 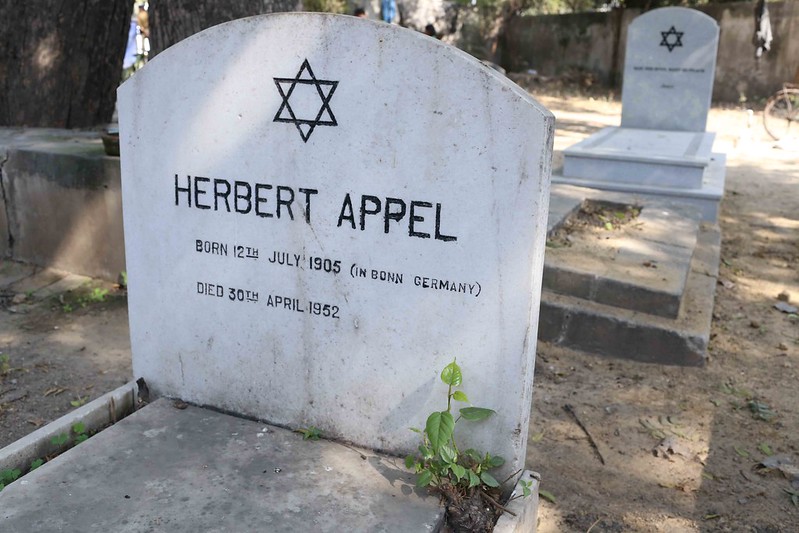 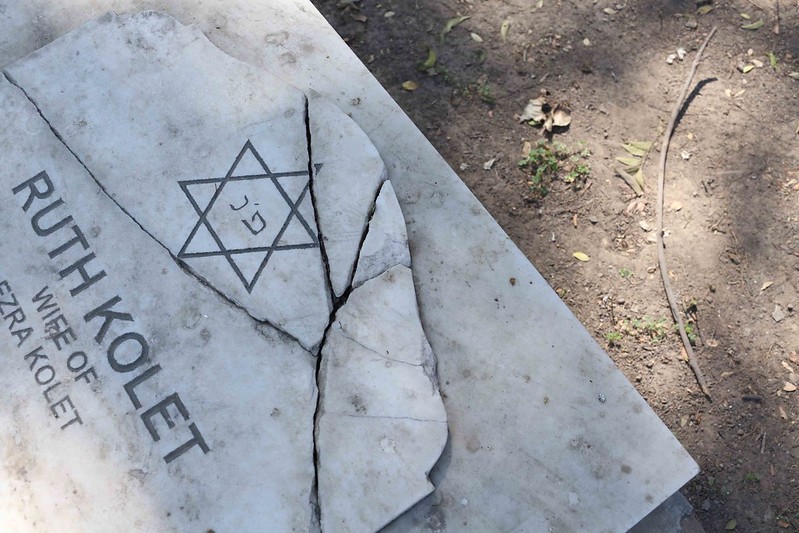 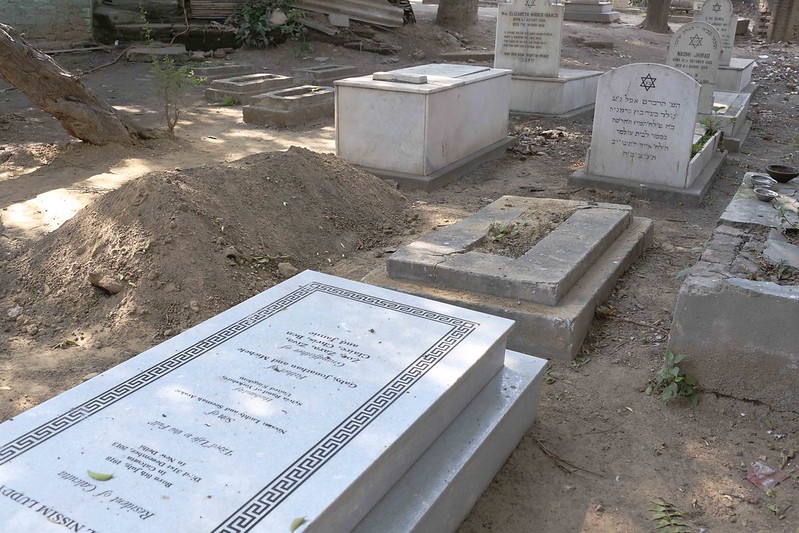 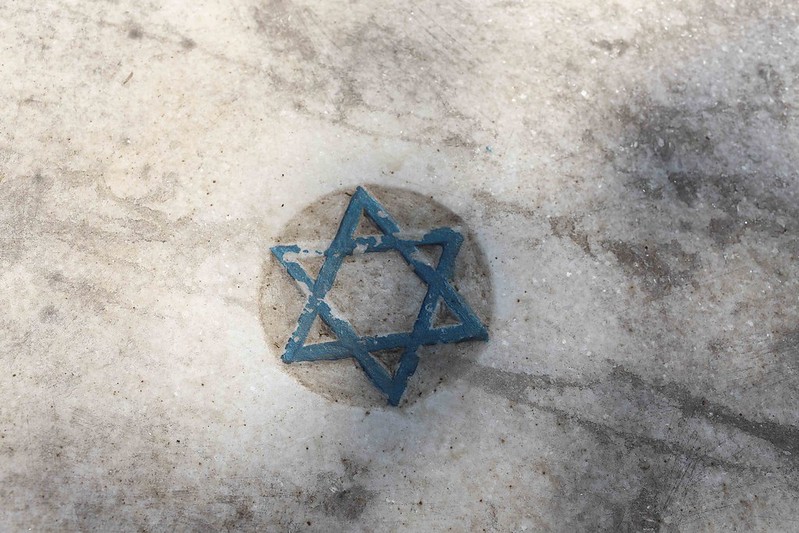