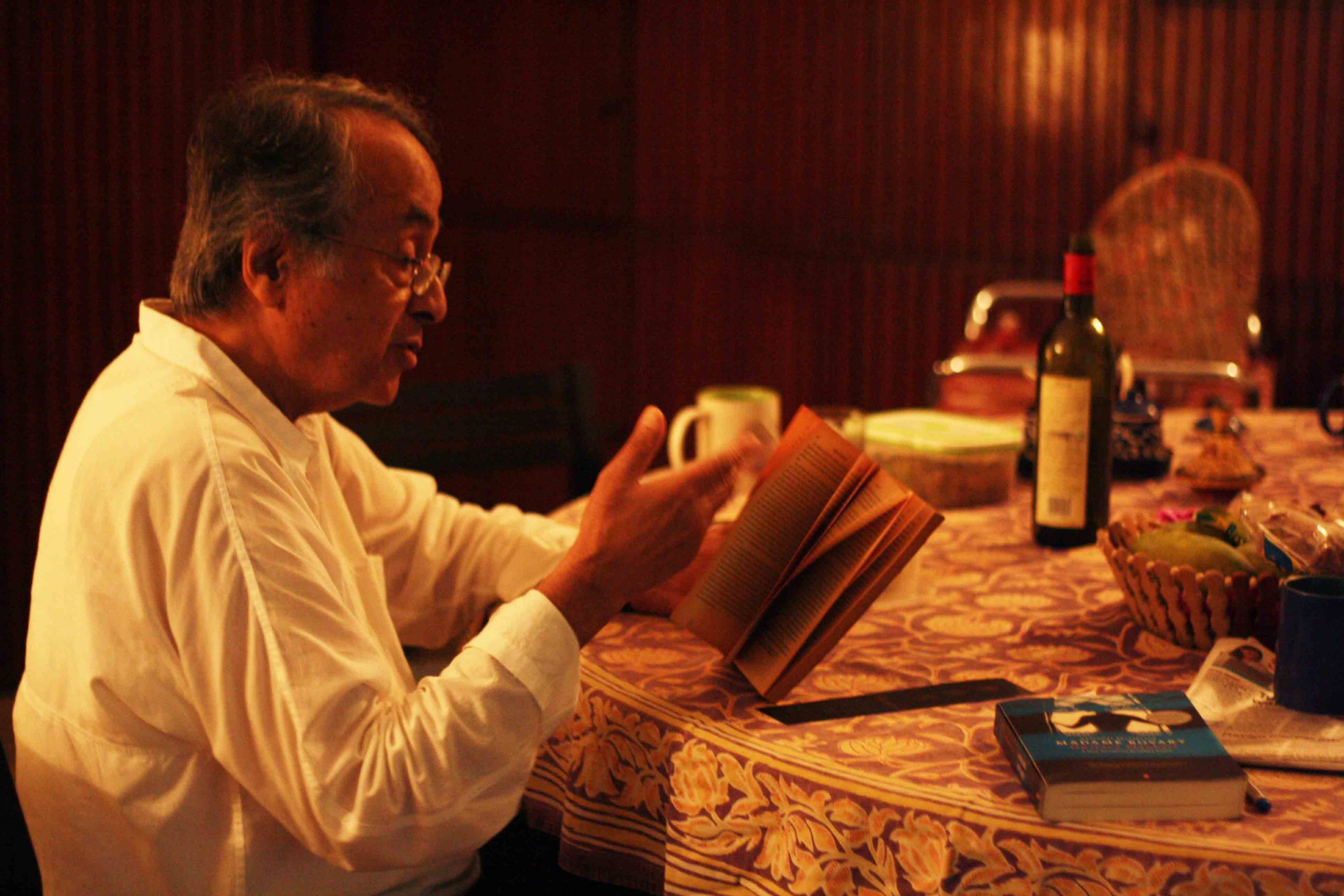 Krishna Prasad Jain, 80, owns this precious stuff. He lives with his wife Madhu in a bungalow in south Delhi’s Vasant Vihar. A retired professor of physics, he has never counted the books in his library.

“I don’t know how many I have,” the professor says. “I can’t even make a wild guess… never thought of that.” Responding to a query, he says, “It’s an eclectic collection—physics, history, philosophy… my mother was interested in philosophy… there are also books on gardening, biographies, memoirs, and then there is Proust.”

Mr Jain first encountered French novelist Marcel Proust in 1959 when he joined the University of Chicago, where the two writers that everyone then was talking about were (Albert) Camus and Proust. It took him five years to finish Proust’s seven-volume novel Remembrance of Things Past, as it was first known in the English-speaking world.

The professor’s library is spread across three rooms. Proust is present in each of them. The drawing room has Remembrance in original French. The English translation is in the study. In the guest room, officially devoted to books on classical music, you might spot Pleasure and Regrets, Proust’s first published work. It lies atop Romain Rolland’s Essays on Music.

Of course Mr Jain’s library is not completely colonised by that Frenchie. A work of several years, it has been lovingly assembled in cities as diverse as Delhi, Chicago, Oxford, and Paris. (Mr Jain took frequent sabbaticals from his professorship in the Indian Institute of Technology Delhi to pursue research activities in Oxford University, UK, and Sorbonne University, France.)

At least one book—Shelley: Selected Poems, Essays, And Letters—is traced to what is now Pakistan.

Handwritten on the front page: April 1947, Lahore. “It belonged to my father. India was only a few weeks away from the partition. Lahore was burning.”

Protective about his collection, Mr Jain must never leave guests alone in his study. It has treasures to steal. The opening page of The Unbearable Lightness of Being has an illustration personally drawn by its author Milan Kundera, accompanied with an inscription in French.
The study’s highlight is The Stones of Venice, a three-volume discourse on Venetian art and architecture by English art historian John Ruskin, Proust’s most beloved author.

Taking out one of the Ruskins from behind a glass-covered shelf, Mr Jain says, “I got these years ago from a secondhand bookshop in Shimla.”

One randomly-picked passage in the book reads as follows:
“Now if we put the single shafts each under the centre of the mass they have to bear, as represented by the shaded circles… and the shafts doubled in area, then we shall have such arrangements… ”

This could be beach read for Mr Jain, whose architect grandfather Shiv Darshan Lal, along with others, was responsible for the design and construction of the palace of the Maharaja of Kapurthala, which was modelled after Versailles.

Due to bitter experiences in the past, the professor finds it painful to lend books to friends. “The books rarely return. I feel the loss of each one that has disappeared,” he mutters, possessively darting a look about his vast collection.