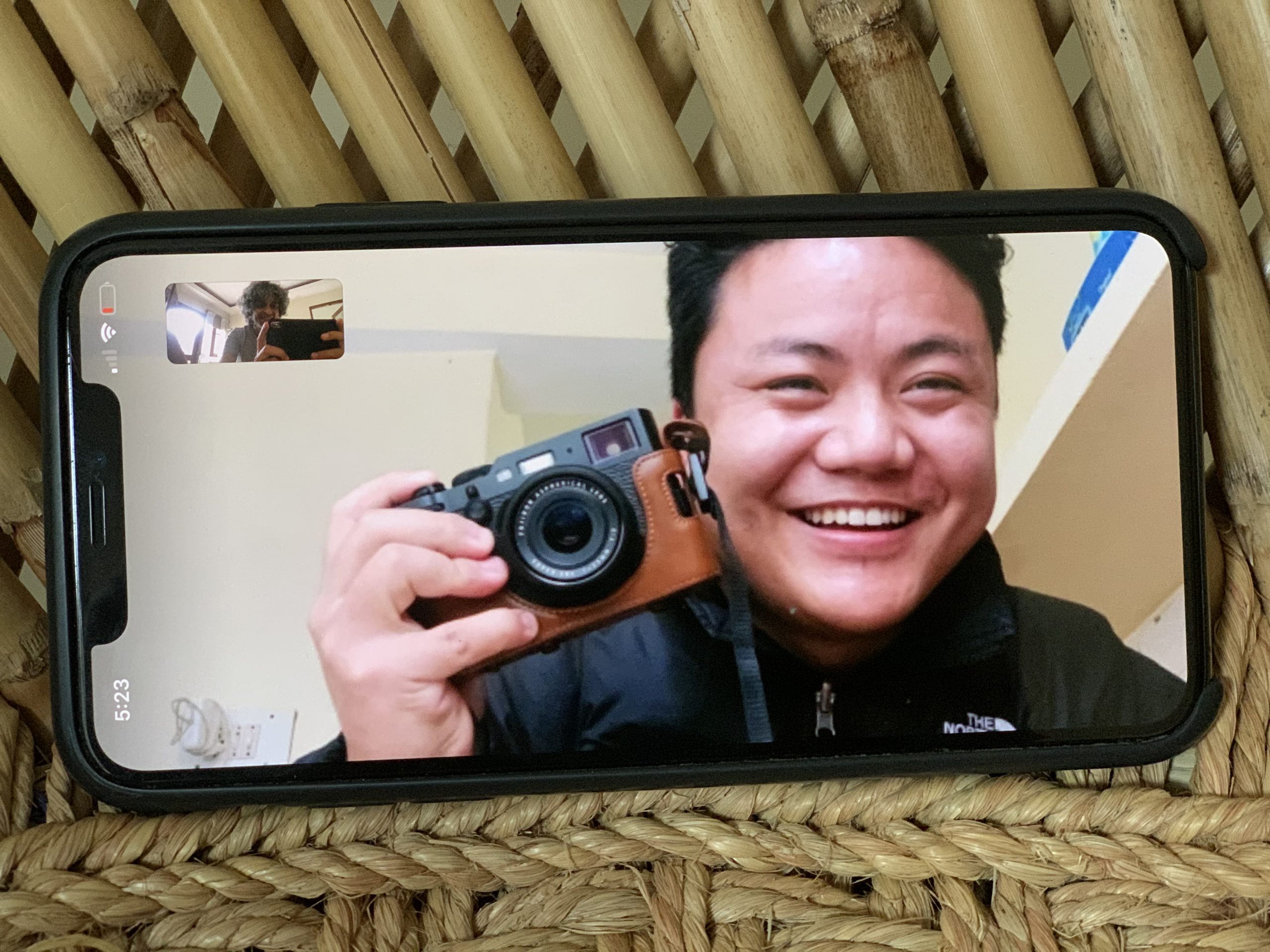 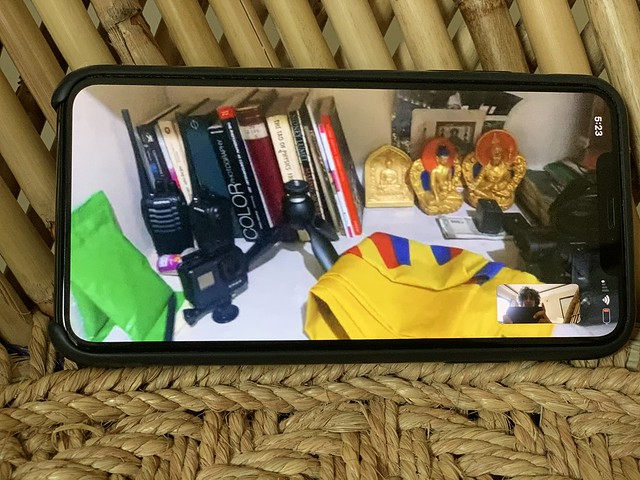 There is nobody else in his Lajpat Nagar pad. The young man is alone in this prolonged lockdown following the coronavirus pandemic.

Actually, he is totally alone in the world, in a manner of speaking.

Kalsang Jigme laughs at the suggestion. He is talking on WhatsApp — the photos are taken on the phone screen that connects him to The Delhi Walla.

“But I have John Berger with me,” he says, showing his half-read copy of the said author’s Understanding a Photograph. Mr Jigme, 29, is a freelancer photographer, in fact. And he’s also a documentary filmmaker.

Just before the lockdown began, his three roomies—all Tibetans like him—went to their families in the hill town of Mussoorie.

Mr Jigme doesn’t have the luxury to return to his family in this period of crisis. “My folks are in Lhasa,” he says, chuckling, referring to the the Tibetan capital.

He left his family when he was just six. Mr Jigme explains that his parents realised that education opportunities for Tibetans were far more superior in India where their spiritual leader, the 14th Dalai Lama, already ran the Tibetan government in exile. He was smuggled across the international border with a group of forty kids. “The journey took two months,” Mr Jigme recalls. Though time has passed, he clearly recalls the hardships. “We would walk at night and sleep during the day in secluded places… beside the rivers, inside the caves, under the blue sky.” Many a times he would cry on thinking of his parents—he would miss them more when hungry. It was true of other kids, too. “Then the brokers who would be in charge of us would hush us up saying that the Chinese soldiers would hear us!”

The trip ended in Dharamshala, the seat of the exiled Tibetan government. Mr Jigme later finished his schooling in a Tibetan institution in Mussoorie. Later he graduated in a Bangalore college and learned photography in a Delhi institute.

“I have never met my parents or my siblings since the time I left Lhasa,” he replies calmly. Not even a single phone call has been exchanged between them. “Because the Chinese government eavesdrop on phone calls and that might put them in trouble.”

Nevertheless, Mr Jigme believes that his parents sent him to India “for the sake of my better future and also because I was the middle child, so I could be spared.”

He keeps up with the contemporary life in his homeland through literature. “I read a lot of modern Tibetan fiction… about people in the small towns of Tibet and their daily struggles.”

Mr Jigme now moves about his phone, showing the nooks and corners of his cozy apartment. Books lie stacked against statues of Buddha. A thick mattress on the floor serves as his bed. A table is placed beside a long window covered in white curtains—the scene looks serene.

“And that’s my country’s flag!”

These days Mr Jigme is learning to write the Urdu Inquilab in Urdu script. “I came across it on YouTube. Inquilab denotes a struggle for freedom, and the conditions in my country is like India before 1947…” He goes on to talk of his inspirations, who include icons of India’s freedom struggle such as Bhagat Singh and Chandra Shekhar Azad.

Smiling radiantly throughout the course of this chat, Mr Jigme appears to have an optimistic temperament. He is hopeful that the pandemic shall end sooner than later. And then he’ll be back doing what he loves most—“walking around the lanes of (Delhi’s Tibetan refugee enclave) Majnu ka Teela with my camera.”

And obviously he will also meet his parents. “One day, yes, I’m sure,” he says, looking pleased. Perhaps visualising that distant prospect in his heart’s eye.

[This is the 291st portrait of Mission Delhi project] 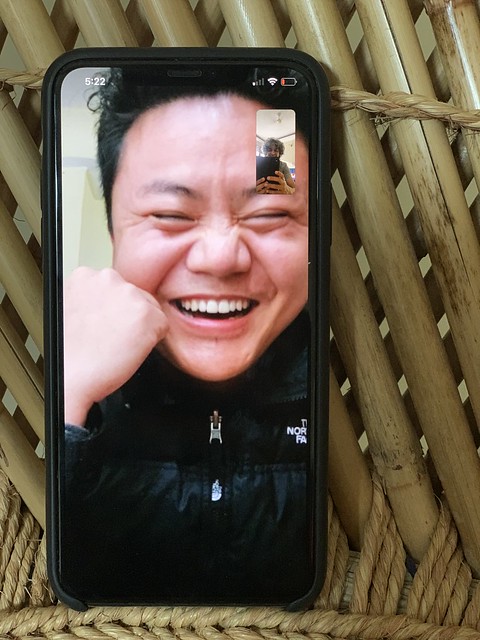 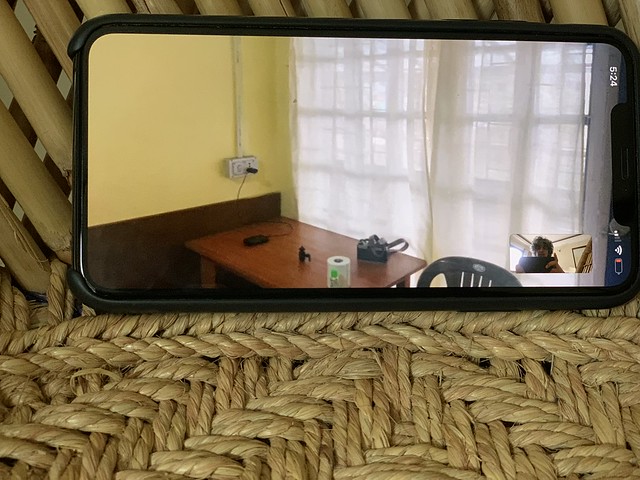 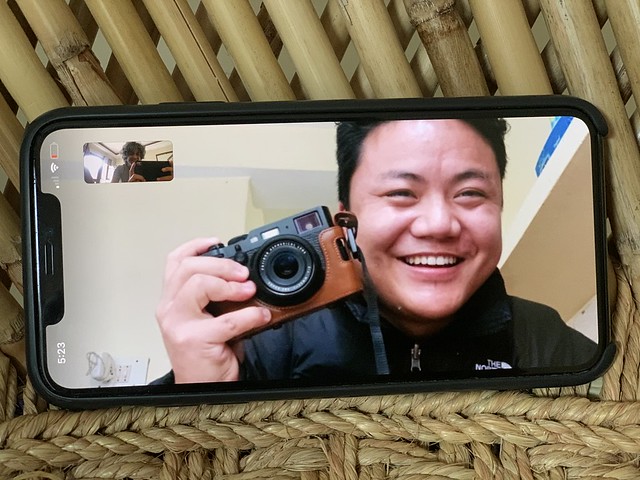