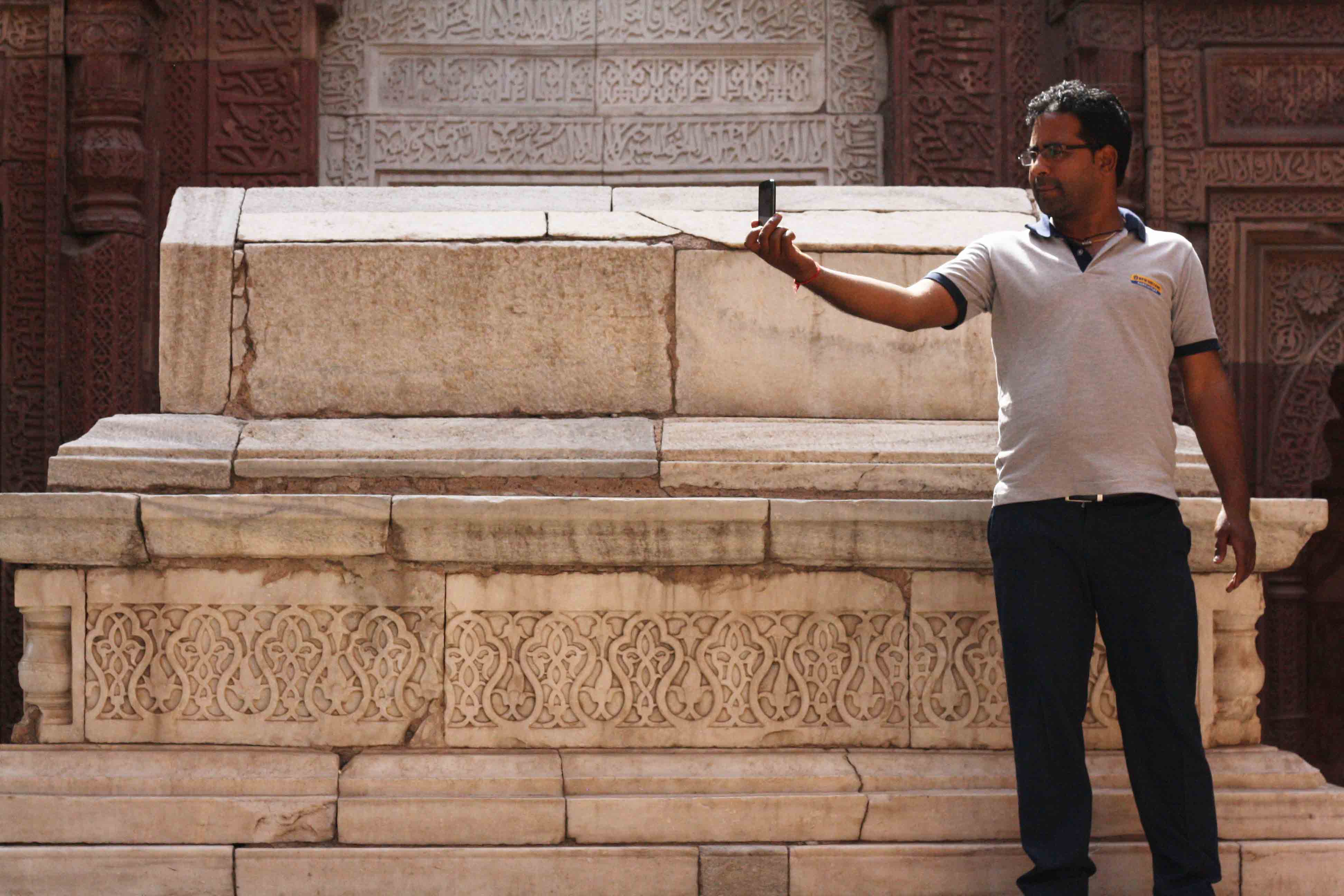 “During the whole time that he (Balban) was Khan and sultan,” informs historian Abraham Eraly in his provocative, must-read book, The Age Of Wrath: A History Of the Delhi Sultanate, “he never conversed with persons of low origin or occupation, and never indulged in any familiarity, either with friends or strangers, by which the dignity of the sovereign might be lowered.”

A troop of squirrels frolics irreverently on his grave today.

Balban was one of the sultans of a Delhi Sultanate that spanned five dynasties, 32 rulers and 320 years. The Sultanate’s surviving landmarks are scattered across Delhi — in Feroz Shah Kotla, Hauz Khas, Mehrauli, Nizamuddin, Shahjahanabad, Siri Fort and Tughlaqabad — yet it’s the later Mughal-era monuments, such as Humayun’s Tomb and Jama Masjid, that seem more alive.

Perhaps this is because the Mughals are our more recent past and the stories of their princes and poets remain fresh to this day. The society of the Sultanate, on the other hand, appears somewhat hazy, the lives of its great men barely familiar. Indeed, to us Delhiites, every little unexplored monument could well be a Lodhi tomb.

The Age Of Wrath, like other fine books on Delhi’s past, bridges this gap, letting us interpret the epoch’s lesser-known monuments more intimately.

Indeed this city has no dearth of books for those who have a taste for old buildings. Published in 1846, Syed Ahmad Khan’s illustrated Urdu classic Asar-al-Sanadid was the first comprehensive archaeological appraisal of the Capital’s monuments. An affluent Shahjahanabad resident whose grandson inspired the principal character of E.M. Forster’s A Passage to India, the scholarly Khan personally visited each monument, where he would diligently take notes as his aides helped him measure every column and dome.

Though it has curiously never been translated into English, Khan’s treatise spawned other books of a similar nature — the most noteworthy in our times being conservation architect Ratish Nanda’s two-volume catalogue Delhi: The Built Heritage, which lists over 1,200 monuments.

These formidable works may excite a connoisseur of ruins, but the rest of us warm up to forts and tombs only if somebody tells us the stories of the world in which they were erected and inhabited. The harem part of Red Fort, for instance, becomes more mesmerizing when we are told that emperor Aurangzeb’s sister Roshanara was discovered here with eight men — with fatal consequences.

History apart, the poems, novels, eyewitness accounts of the era, even the modern-day Delhi travelogues often written by foreigners, can enliven our encounters with the dilapidated souvenirs of old days.

Lately there has been an increasing urge to explore the city’s uncelebrated historic landmarks through group excursions planned by enthusiasts on Facebook pages. A month-long exhibition of pictures of Delhi’s lesser-known monuments, taken by amateur photographers, opened in early 2014 in Red Fort. Among the many images, some of which were captured with mobile phones, is one of the Sultanate-era Jahaz Mahal in Mehrauli.

A few miles from it lies a hauntingly beautiful but unsung ruin, near the Indian Institute of Technology. Bijay Mandal (the “Abode of Victory”) is believed to be the palace of Muhammad bin Tughlaq. Of all the Sultanate’s uniformly violent despots, he is distinguished as having been particularly sadistic, dealing with a rebellious prince by flaying him alive, having his flesh cooked with rice and force-fed to his wife and children.

How can you relate such a figure to this dream-like dwelling?

Rarely visited by tourists, it sits on a rocky slope. The Tangier-born traveller Ibn Battuta, a guest of Tughlaq, described seeing in this monument a hall of a thousand wooden columns supporting a carved wooden roof. All that remains are collapsed walls, a damp stairway and a broken roof regularly visited by the guitar-playing boys of nearby Begumpur village. In the evening, the diminishing light transforms the rugged Bijay Mandal into an illusion of soft shadows, masking the nature of its one-time occupant.

Commissioned by the Sultanate’s first ruler Qutubuddin Aibak, the graceful Qutub Minar in Mehrauli dominates the other relics in its shadow. A marble grave serves as nothing more than a platform for tourists to pose for selfies. This is the resting place of Iltutmish, the Sultanate’s second ruler who, on his deathbed, became medieval India’s greatest feminist.

For he chose as his successor not any of his sons, but his daughter Raziya, who was described by medieval chronicler Siraj as one who “was endowed with all the qualities befitting a king. But she was not of the right sex, and so in the estimation of man all her virtues were worthless”.

Rumours of a liaison with an Abyssinian slave doomed Raziya’s tenure as empress. There is more than one version of her killing in 1240.

In the heart of Old Delhi, a stone slab of the Archaeological Survey of India (ASI) simply reads, “This enclosure houses the grave said to be of Sultan Raziya.”

Inside, two stone mounds lie next to the grave. Walled on all sides by crumbling apartment blocks built in the 1980s, the memorial of Delhi’s only woman monarch is smaller than the garden of a Lutyens’ bungalow.

Unlike Raziya Sultan, Balban’s roofless grave in Mehrauli is denied even the dignity of an enclosure, though — wrote the 14th century court-chronicler Zia-ud-Din Barani — “no sovereign had ever before exhibited such grandeur in Delhi”. While speaking of this long-serving sultan, Barani said: “Balban maintained the dignity, honour and majesty of the throne in a manner that could not be surpassed. Certain of his attendants who waited on him in private assured me that they never saw him otherwise than fully-dressed.”

Alas, there’s no certainty that a more exceptional ruler would be rewarded with an elaborate tomb than one relegated to a mere footnote in history. The meeting point of modern-day lovers, Lodhi Garden — named after the Sultanate’s last dynasty — houses the splendid octagonal tomb of Muhammad Shah. The Age of Wrath devotes just a couple of lines to the man buried here, dismissing him as “an easygoing ruler” who “took no measures to secure his possessions, but gave himself up to indulgence”.

Within the same grounds lies the tomb of Sikandar Lodhi, who shifted the capital from Delhi to Agra in 1505. An encircling stone wall makes his tomb particularly appealing to discreet couples seeking intimacy. The late sultan may well have preferred the amorous couples to fish in the garden’s pond instead… That was his summer pastime.

Sikandar Lodhi also holds the distinction of fathering the only ruler of the Sultanate to die fighting foreigners in battle. Ibrahim Lodhi was killed in present-day Haryana by Babur, who decimated the Sultanate and heralded a new age.

Delhi is dense with history. Accessibly written narratives give life to the obscure monuments that we come across daily. And a deeper acquaintance with the city’s past enables a stronger connection to its present.

It’s all Lodhi to me