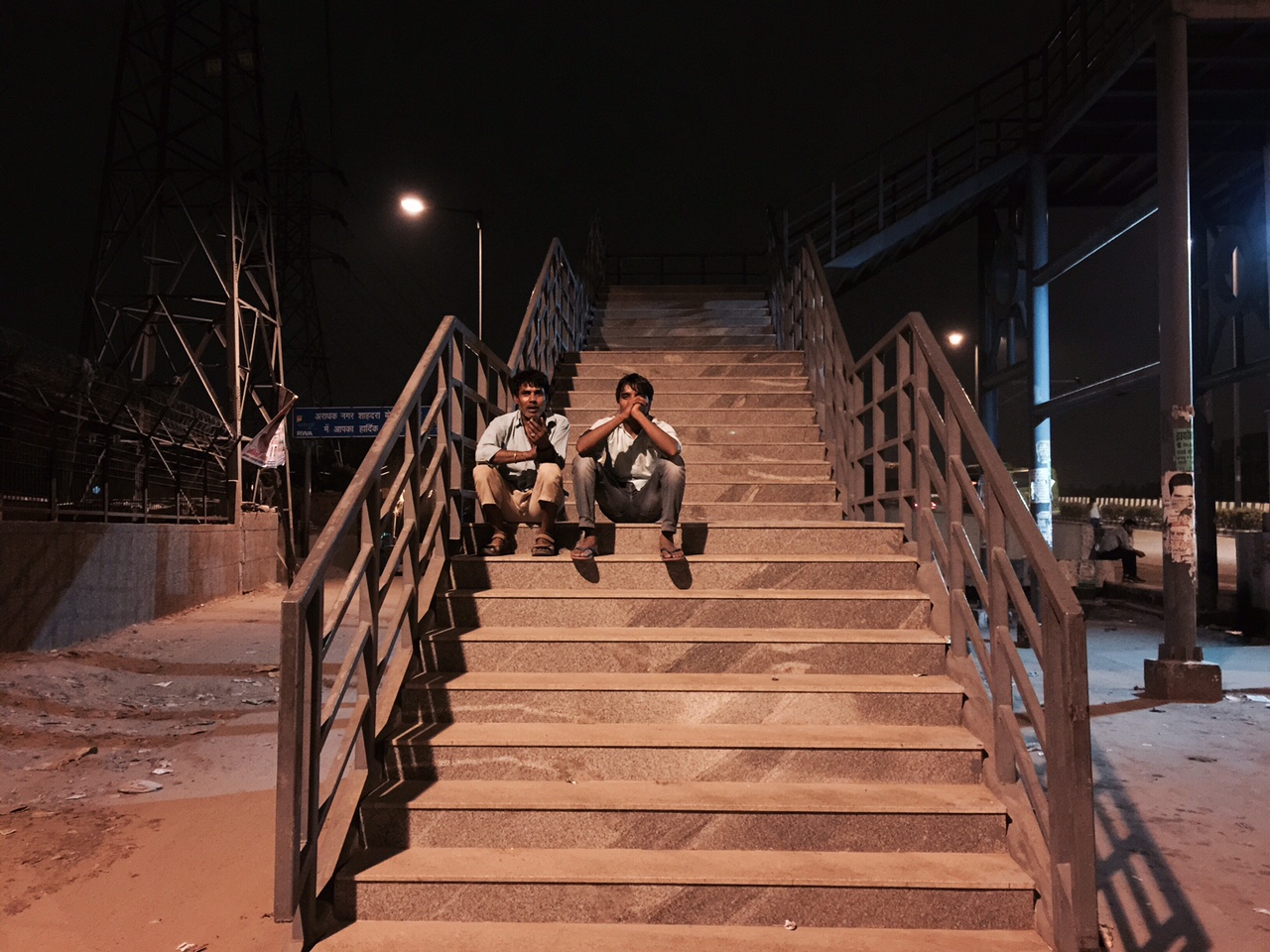 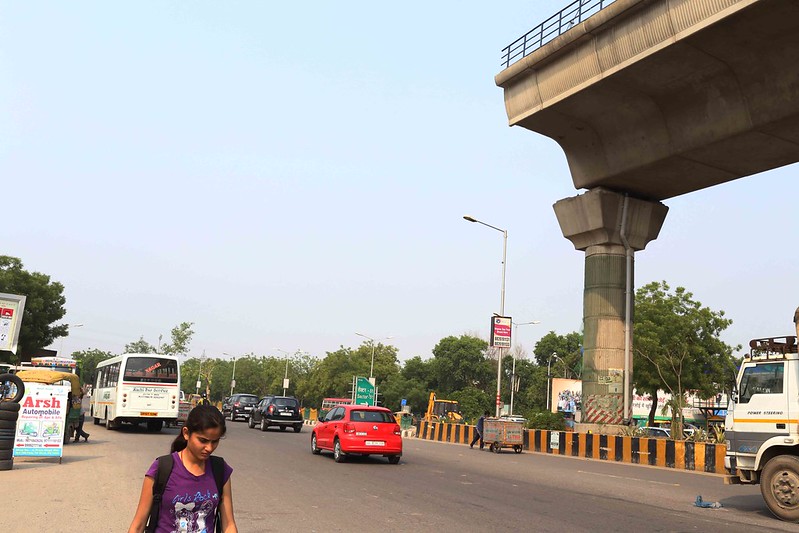 The ends of the lines.

All good stories must come to an end. But not always.

In the case of the Delhi Metro Rail Corporation, it’s not clear where it all culminates. You could argue that there is no end of the line, because it’s one of the fastest expanding Metro networks in the world, carrying 2.4 million commuters daily.

Actually, there are terminal stations, but the tracks always extend further as a silent promise of things to come. The rapid transit system has taken the city beyond its borders, into the neighbouring states. Slices of these states, though part of the National Capital Region (NCR) map, appeared wearyingly distant in the days before the Delhi Metro.

Since The Delhi Walla was adamant on seeing these end stations, a decision had to be reached. Should I just hop aboard the trains and traverse around 200km and 140 stations, criss-crossing the five of the six lines?

That would have taken a very long time. So I simply drove more than 300km to inspect the end of the lines (I did not include the Airport Metro Express). The mind-numbing car journey, which started in the afternoon and ended sometime after midnight, left me somewhat humbled.

I started with the Blue Line, which originates in Dwarka, in south-west Delhi. The starting point is invisible. Here, the tracks are underground, with the Dwarka Sector 21 Metro station tantalizingly close to Delhi’s international airport. From a distance, it looks as if the planes take off from the station.

It is an incredible sight. Nearby, in this open expanse, just outside the airport’s boundary wall, is a place where plane spotters climb trees to get a view of plane landings. Other than this, the Blue Line outpost appears empty and arid, and it is difficult to believe that congested locales are a mere 5-minute drive away.

The Blue Line bifurcates in the east, in Uttar Pradesh, with one branch going to Noida and the other to Ghaziabad. The elevated tracks in the Noida section taper off into a partly rural setting, though the last station is ironically called Noida City Centre.

But then you can see the high-rises inching ever closer. An elderly farmer says wheat and sugar cane used to be grown here 30 years ago. He now rents out his land, near the tracks, to motor-repair workshops. As I reverse, a UP Roadways bus appears, its signage indicating that it is heading to Shahjahanpur.

The Ghaziabad line ends in Vaishali for now. I had to go past a landfill site to get there. The last few metres of track look like a bridge with one end washed away. The scenery is framed by apartment towers and multiplexes—and on a clear day, a distant line of factory chimneys. Until a decade ago, one could not see anything for miles.

The Blue Line intersects with the Violet Line at central Delhi’s Mandi House. The Violet Line doesn’t exactly have a final station. Currently, it originates underground at ITO (the station opened in June 2015) and surfaces after passing Jangpura station. Continuing overland, it leaves Delhi at Badarpur and enters Faridabad in Haryana, and then just goes on and on.

The elevated track runs across Faridabad, with the town’s traffic flowing beneath it. Future stations are getting their final touches. Driving on the flyover that runs parallel to the metal tracks, you almost seem to be viewing Faridabad from an aeroplane window. The road eventually descends; by then you have left the messier parts of the town behind.

There is a lovely old red-brick road bridge that lingers in memory. No longer in use, it should be installed in an architecture museum.

The tracks end beside a steel company. The Metro pillars behind us appear to recede one after the other, into infinity. Across the road is a gigantic glass showroom of the automobile company Hyundai.

Cement blocks are piled alongside mounds of dug-up earth. A dozen or so helmeted workers are at work. “This line will go up to Ballabhgarh,” says a labourer, referring to a nearby town. Waving towards his workmates, the man says they are all from the same village in Bihar.

The drive from here to the last point of the Yellow Line in Gurgaon, also part of Haryana, is mesmerizing. It passes through the countryside, with vistas of faraway skyscrapers standing at the end of forested lands. Some parts of the highway feel completely wild until you see a distant tower glimmering through a gap in the trees. Sex workers emerge from roadside rocks to wave at drivers.

There is also a spectacularly disturbing part to this route. It falls just outside Faridabad: a long, really long, row of makeshift houses, almost like a camp city on one side of the road, with people cooking, sleeping, washing, defecating in public view. Scores of damaged cars have been converted into homes. These grim sights disappear as we approach Gurgaon.

The Yellow Line, which for the moment ends alongside a sleek row of multi-storeyed buildings, is on the southern side of this futuristic city. Bang opposite, there’s a rural scene—pigs, buffaloes, a temple, and a stall selling coconuts to devotees. The bonnet of a white car parked nearby is smeared with sacred vermilion—soon to be blessed by the temple priest.

The other end of the Yellow Line lies almost 50km to the north, on the Grand Trunk Road in Delhi’s smoke-filled Jahangirpuri, though the service will soon be extended on the newly-built tracks to Samaypur Badli, 5km away. Braving the late evening Delhi traffic of half-empty DTC buses, I reach Jahangirpuri at midnight.

Almost everything is closed, save for a small liquor stall where customers are talking to each other. Rubble and garbage line the road. One rusting car is coiled up in thick yellow cables. The only building open is the single-storey Anand Maya International Hospital. Its lobby is empty.

Overwhelmed by the city’s banalities, I turn to the Green Line.

It is like being on another planet. As I rush to touch its last point, I feel I have strayed far from the world of cities. The Green Line begins at Inderlok in north-west Delhi. Its (current) final station is at Mundka village in the west. Driving to it is like drifting into the countryside and then entering a remote village. The gathering darkness intensifies this feeling.

Outside many houses, I see men sitting in a circle and chatting over hookahs. I catch glimpses of string cots and veiled women.

The track stretches further on from Mundka—all the way to Bahadurgarh in Haryana. Owing to heavy traffic, I decide against going to the last pillar.

Turning back, I stop by a group of truck drivers lying sprawled next to the highway, taking a break.

The Red Line originates in east Delhi’s Dilshad Garden and ends in the north-west, just beyond the Rithala Metro station. It is dark, though the road glows bright orange in tungsten light. The place seems abandoned. The speeding cars on the road have the remoteness of space shuttles.

A young boy emerges from blocks of concrete, presumably meant for the construction of Metro pillars. “I came here for tatti (defecation),” Rahul says. “Everybody in my jhuggi (slum) has to come here.”

And so ends this tour of the provisional Metro extremities. Before long, the tracks will stretch further into the horizon, casting a bigger net across the NCR. The Phase IV plan submitted last year envisions 65 new stations on six new corridors, adding more than 100km of track.

By some accounts, the total length of the Delhi Metro will exceed the great London Tube within a decade, making our search for end stations even more taxing.

The ends of the earth 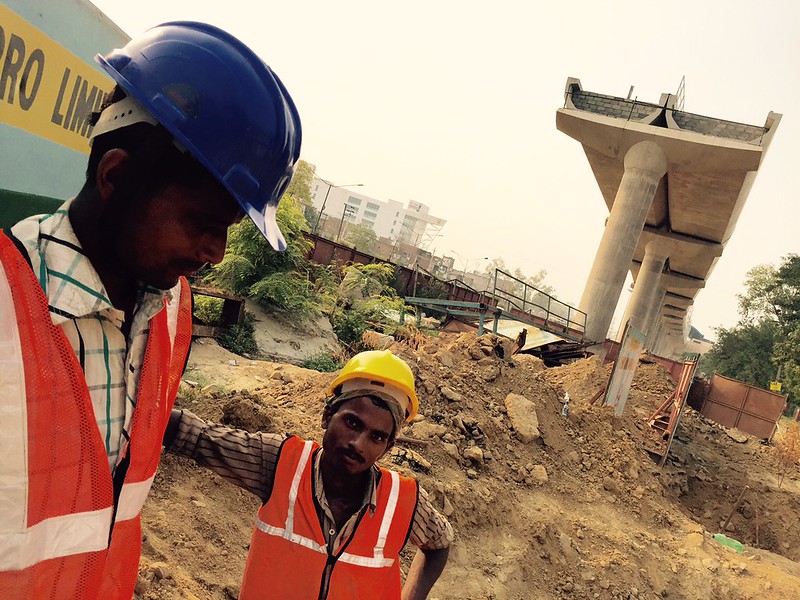 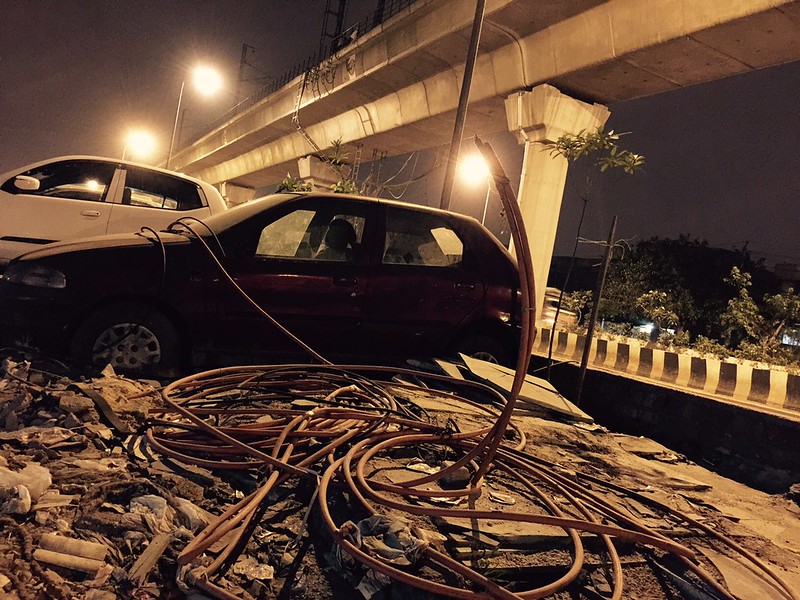 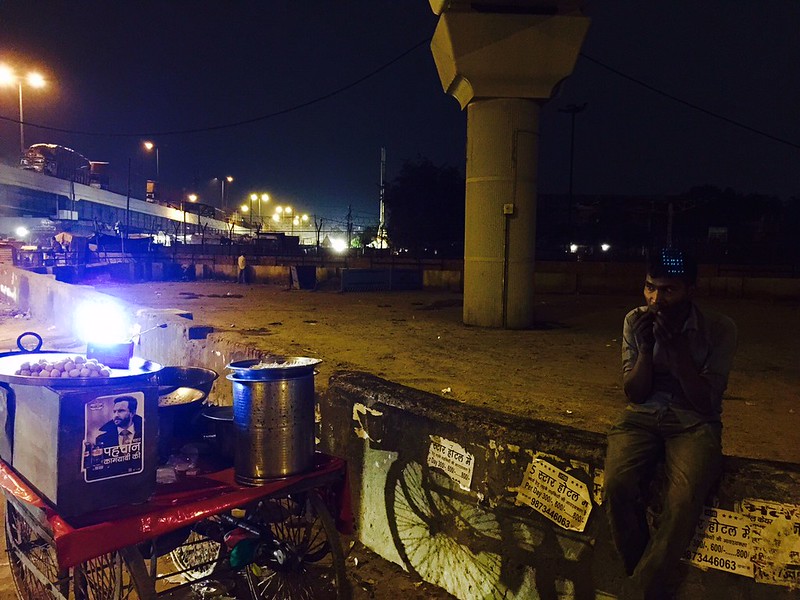 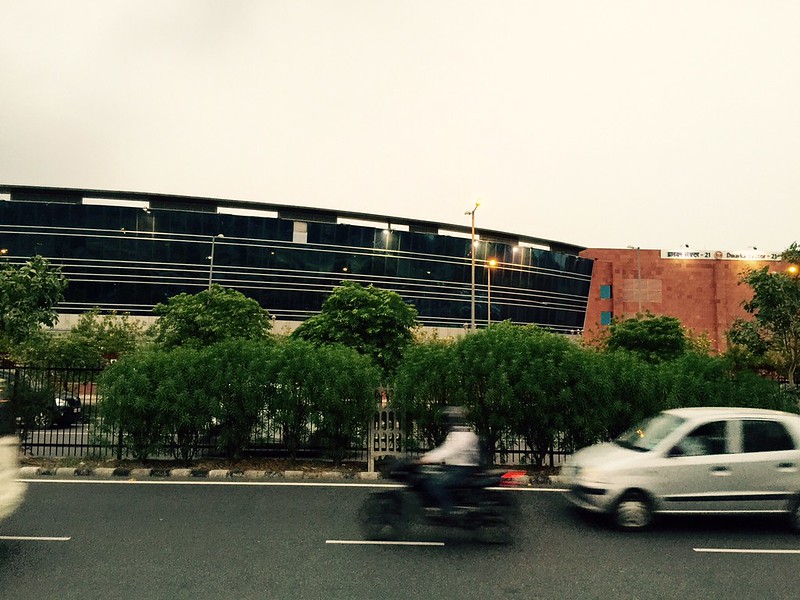 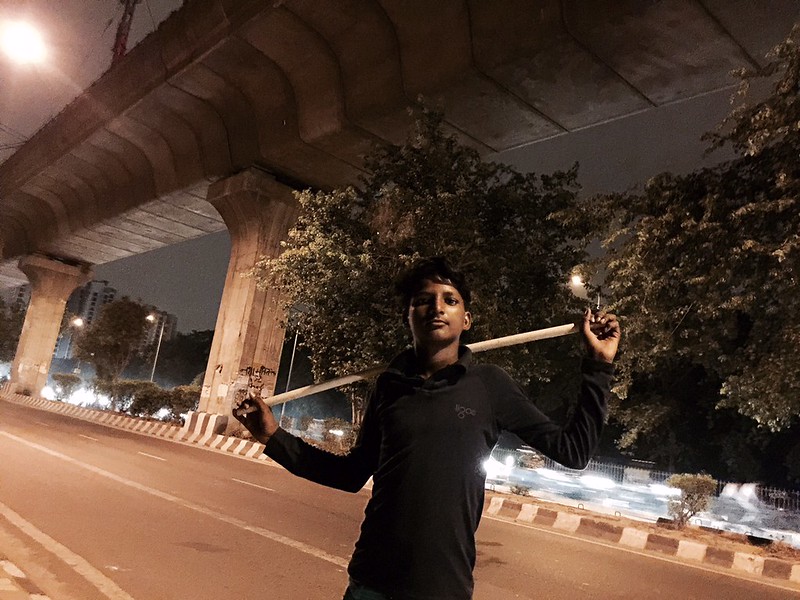 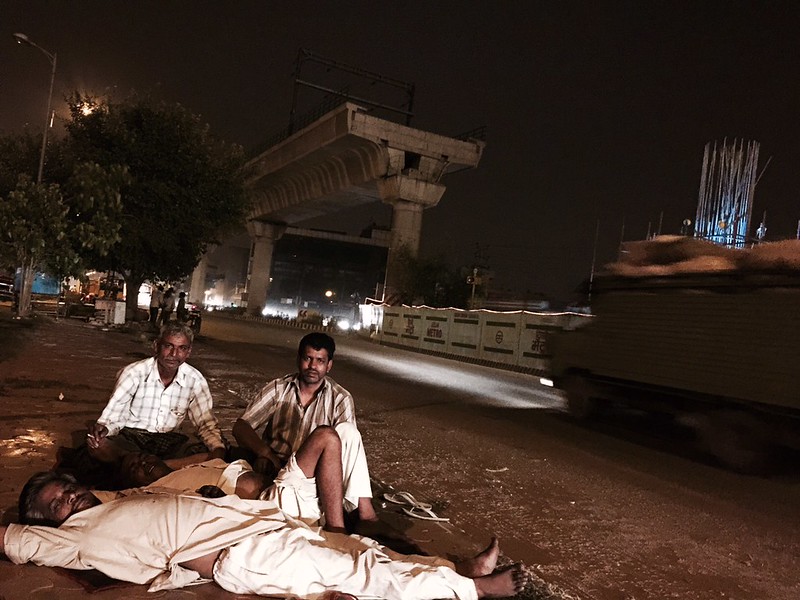 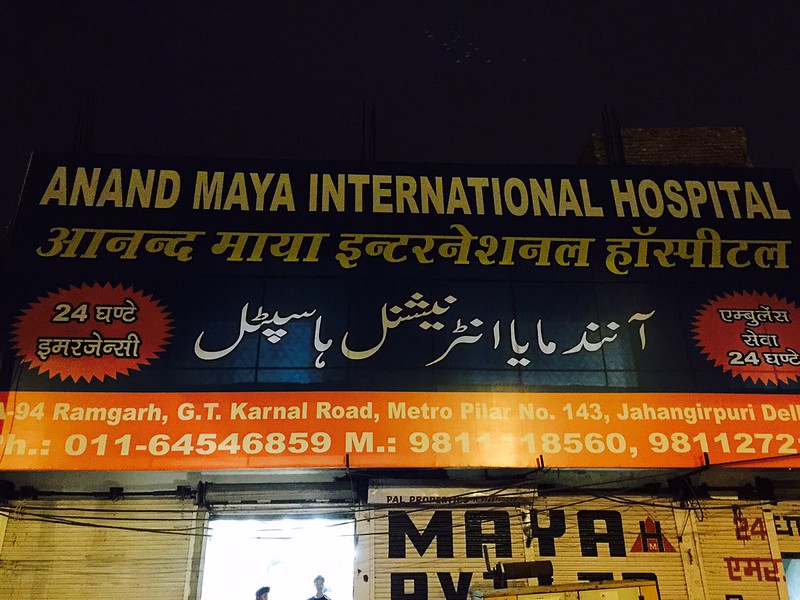 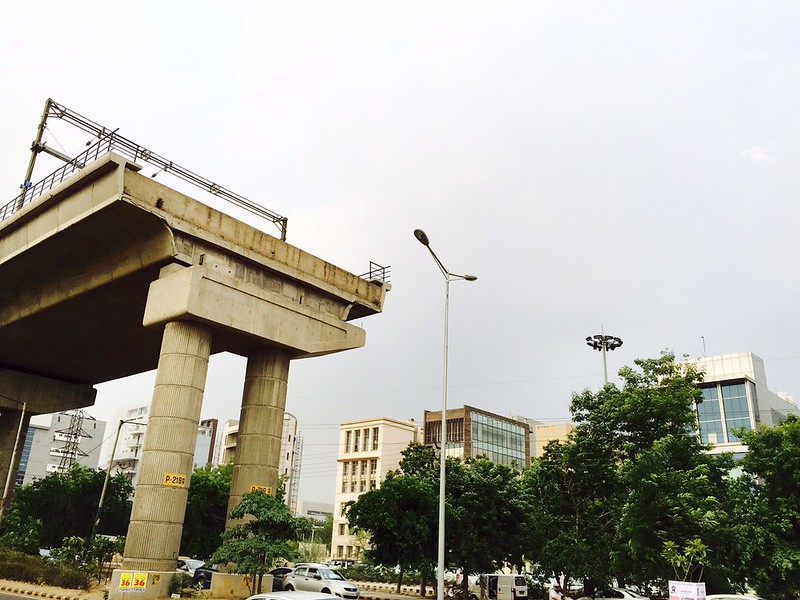 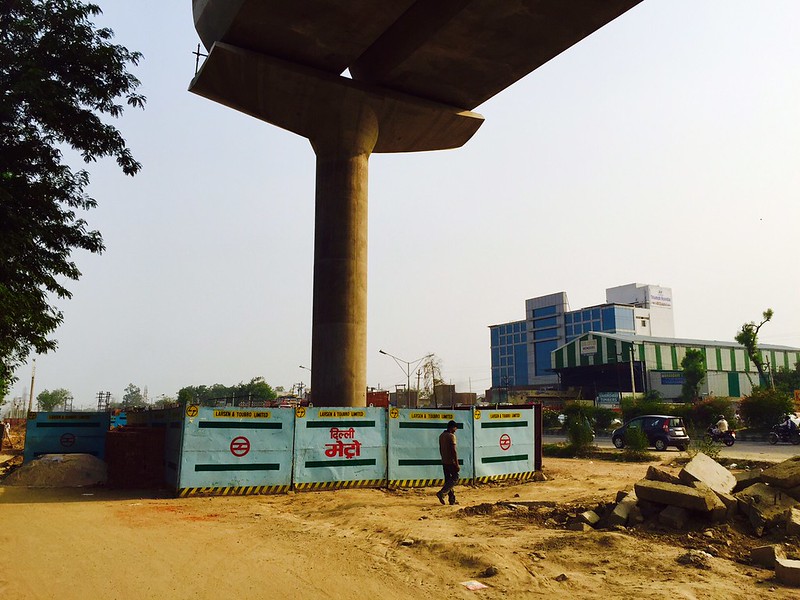 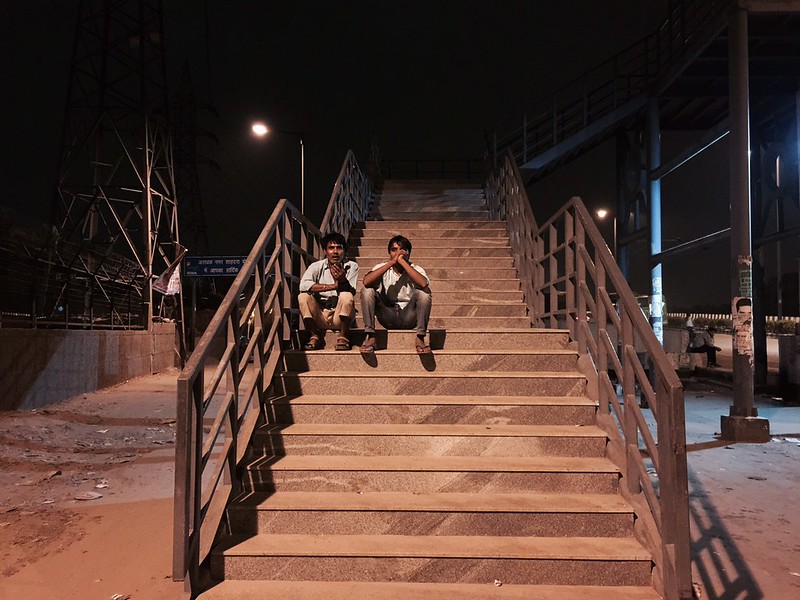