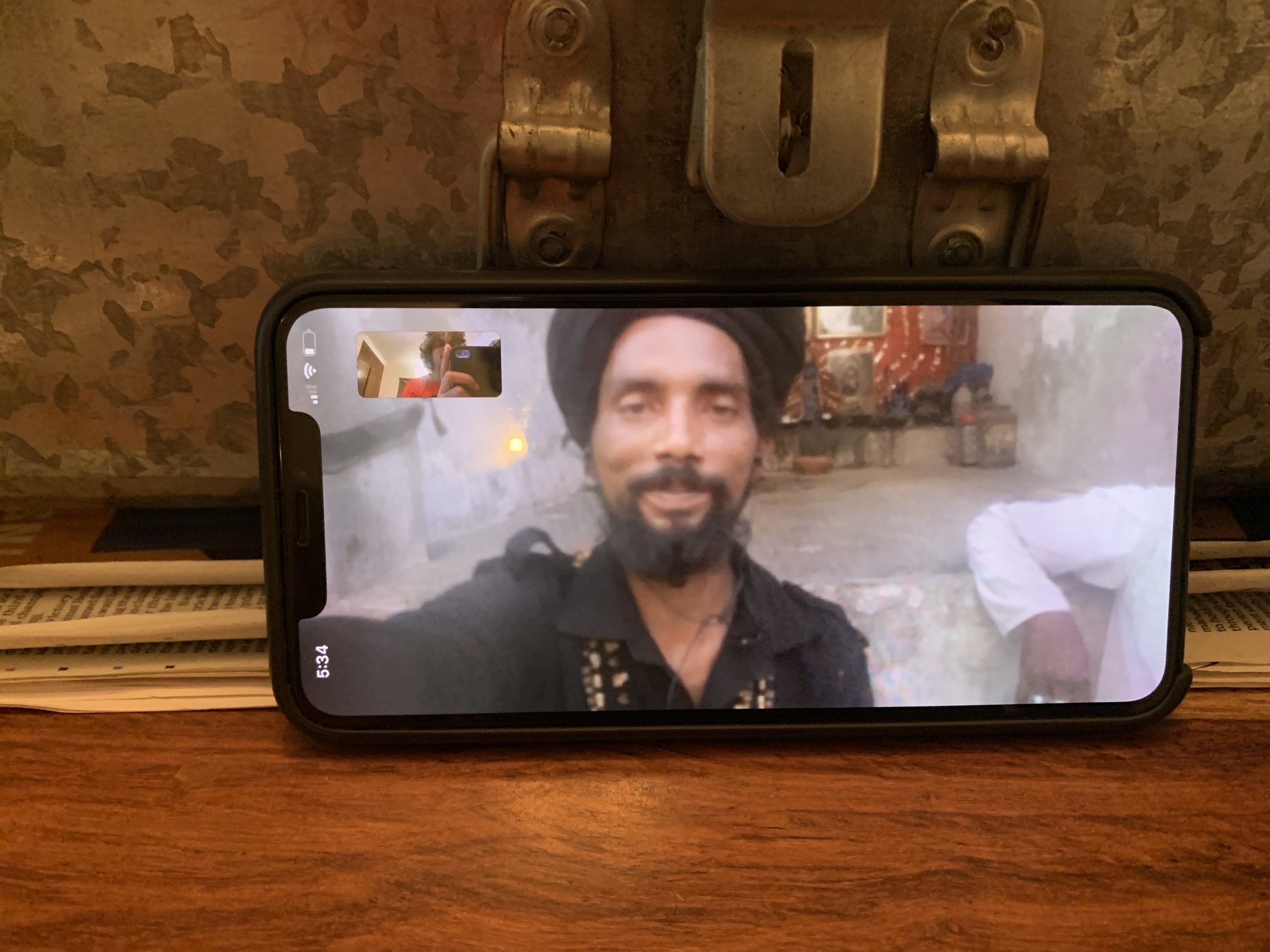 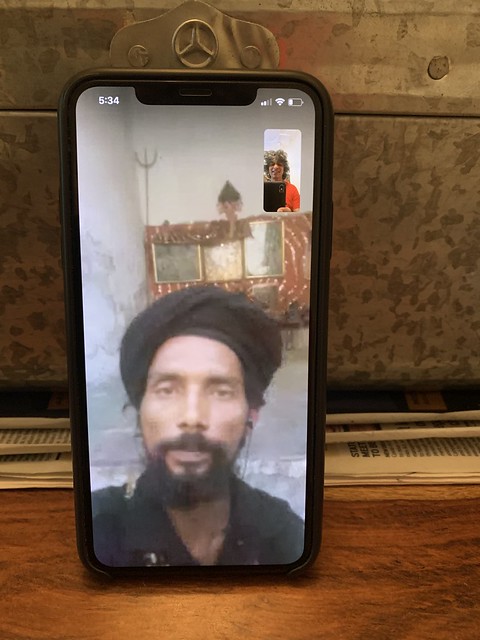 Who among us isn’t affected by the coronavirus pandemic? Aren’t we all fearing for our salary cuts, our jobs, our health, and especially for the life of our elderly friends and relatives?

But there’s a group of men who are beyond these worries—theoretically speaking.

“I have no family, I have no friend and I’m not even alive,” says Baba Julmi Nath, clad in a black turban and kurta. He’s an aghori sadhu, belonging to a sect of Shiva worshipping ascetics, famous for performing night-long sadhna (meditations) in the haunting grounds of Hindu shamshan (cremation) ghats.

Currently in Gurgaon in the Greater Delhi Region, Mr Nath talks of “being stranded in the city”—he is talking this evening on WhatsApp video.

But where is the human skull he is seen holding in his WhatsApp profile pic?

Mr Nath smiles, seemingly amused by this abrupt query. “It’s called kapaal.” He informs all aghoris are required to keep it with them. “It’s inside my bag…. I take it out for chai or meals.” That skull is his cup as well as plate, he explains in layman’s lingo, while simultaneously Whatsapping a photo of himself holding the “kapaal.”

In his mid-30s, Mr Nath spends his year visiting the various Shiva shrines spread across the subcontinent, though he often stops by in Gurugram for long durations. “We have an ashram here, near the shamshan ghat.” A pause, and then he assets, “We aghoris always try to live on or near a shamshan.”

Mr Nath is sitting in the hall of an ashram in Surat Nagar near the town’s railway station—this is the place he is staying in for the time.. He says he hasn’t caught the “infection” and “while I’m responsible towards other people’s health, I’m not concerned for mine.” He declares he is beyond “sukh dukh (happiness and grief)” and that in fact he performed his own “pind daan” ceremony when he was 12. “I’m now dead, corona cannot do anything to my aatma (spirit).”

Even so, he concedes he is “technically alive”—his “ID name” is Arvind Kumar. And he also graciously confesses that all said and done, somewhere within his heart “I too am worried for myself.” In fact, he and many of the aghoris he knows have been instructed by the elders of this secretive community to cease all travels for now, “especially after two sadhus were killed by a mob while on the road in Palghat (Maharashtra) some weeks ago.”

Discussing the kind of fear that seizes everyone, especially during a time like this, Mr Nath feels that it is the attachment to people that keeps us nervous. “We’re constantly scared of the possibility of death of those we love.” Indeed, he says, aghoris like him try to attain a stage where they go past such concerns. “A true sadhu won’t feel anything if he discovered his parents are dead.”

Mr Nath confirms he hasn’t been in touch with his family in Deoria, UP, for a long time.

The sadhu says that he performs sadhna only in the four shamshan ghats situated in Ujjain, Kashi, Calcutta and Kamakhya. Last year he’d visited the Kaamakhya in Assam.

“If the lockdown hadn’t taken place, I would be in Kedarnath dham right now,” he says, recalling the snowy mountains and streams he had encountered during his previous visits to the said Himalayan pilgrimage place.

Once the world gets back to its old pre-corona life, Mr Nath hopes to pick up the pieces of his life as a aghori sadhu and strove to become the ideal of a person “who is beyond the pains and pleasures of this world.”

[This is the 312th portrait of Mission Delhi project]

An ascetic in isolation 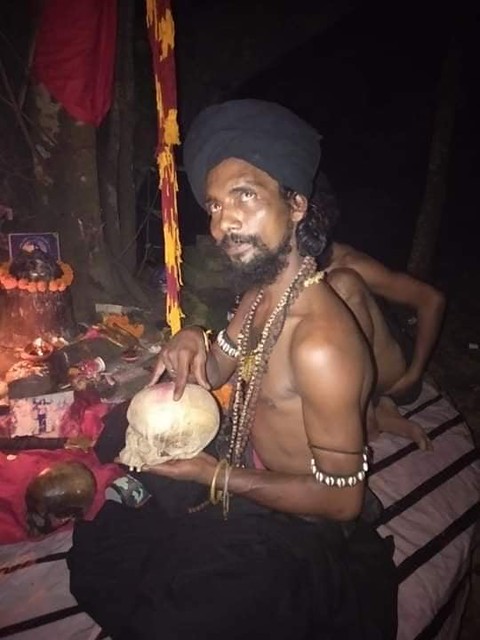 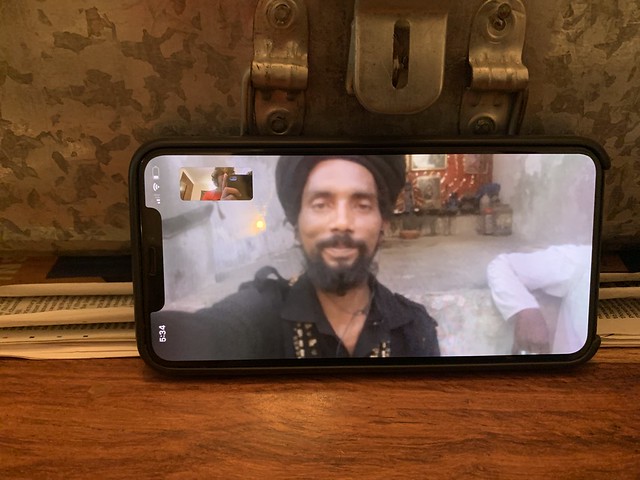