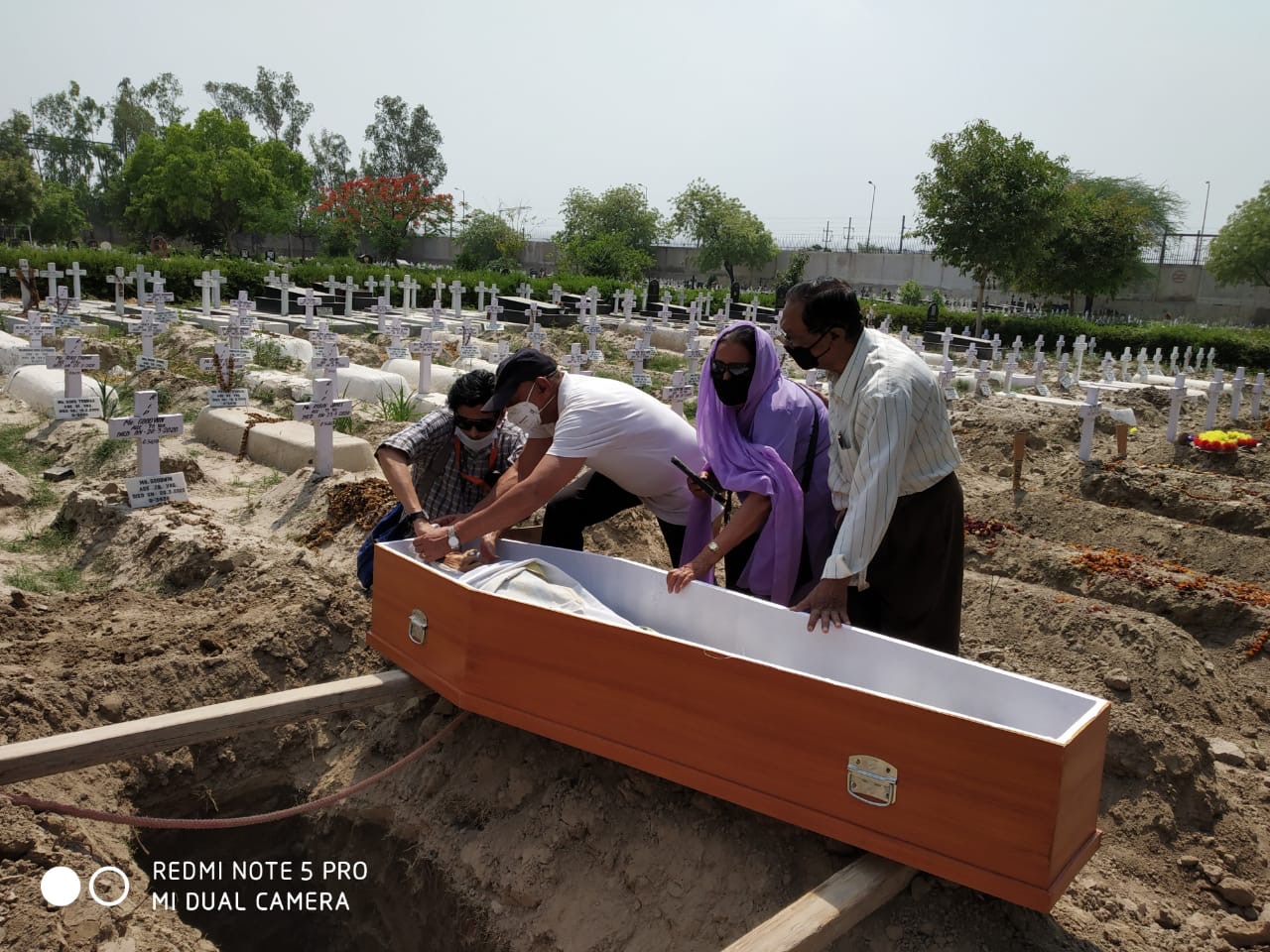 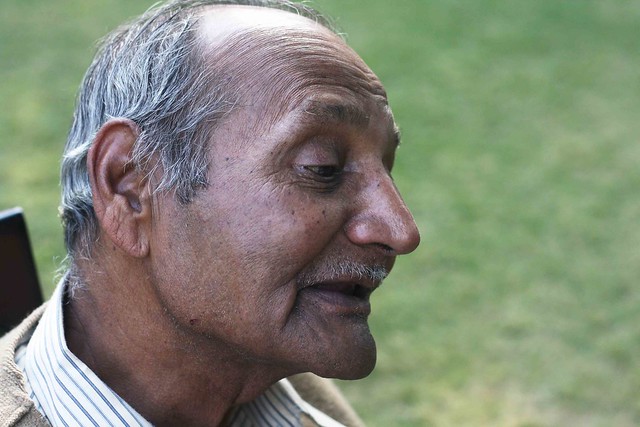 [Text and photos of RV Smith by Mayank Austen Soofi, photos of the burial by RV Smith’s family]

R V Smith, the Delhi chronicler who produced stories from the city’s gallis, kuchas, bazars, ruins, dargahs and graveyards as lightly as a magician brought out pigeons from a hat, died on Thursday morning.

He was 83. He is survived by wife, 82-year-old Alvina, and five children–Enid, Bunny, Minnie, Tony and Rodney.

“He was ill since some time,” said his eldest daughter 51-year-old Enid, adding that he died at around 7.30am at his second-floor flat in Mayapuri.

Ronald Vivian Smith, Ronnie to friends, began his career as a reporter for The Statesman for more than 30 years and went on to author scores of books on the city. He was also wrote a column for the paper (“Quaint Corner”) and also for The Hindu (“Down memory lane”) on the city and its people.

“I feel no amount of bookish knowledge can compete with the sort of insights and real, lived memories Smith sahab had,” said author Rakhshanda Jalil who often hosted Mr Smith at her house for tea and sandwiches. “He had a fund of qissa-kahanis (anecdotes) about Delhi, and he always told his stories with an anecdote, with a laugh and a twinkle in his eye.”

Admirers who flocked to meet Mr Smith at his apartment would at first be boggled by the massive pile of yellowing newspaper cuttings, containing the thousands of offbeat stories he had written on the Capital. Those papers would be stacked up haphazardly on the metal shelves of his drawing room that also served as his study. Mr Smith would point them out as valuable documents of his life and work. They also remain an important archive of modern-day Delhi, but the frail elderly man was too modest to point that out.

Mr Smith’s first story, he once told The Delhi Walla, was on a painting he saw hanging inside the historic St James’ Church in Kashmere Gate.

He would go on to author 12 books on the city, including a novel and two volumes of poems. Some of his acclaimed titles are The Delhi That No-One Knows, Tales The Monuments Tell and Capital Vignettes.

One of his last books, published in 2014, was Delhi Rambles: Quaint Cityscape Through A Roving Eye. It was a collection of his more recent newspaper columns. In the foreword, author Pran Nevile wondered if Mr Smith was “inspired by the Muraqqa-e-Delhi by Dargah Quli Khan, who penned a fascinating account of Delhi’s social and cultural life in the 18th century.”

Unlike most writers these days, Mr Smith shunned the laptop. He typed his column on his late father’s Underwood typewriter before walking down to a nearby cyber café, where he would get it typed on Microsoft Word by a café attendant for ₹20 per page. While modern-day reporters can’t function without online search engines, Smith’s stories came straight from his personal encounters on the street.

“I keep my eyes and ears open wherever I happen to be, for I always write what I have personally experienced,” he used to say. “Writing to me is recalling incidents and bazaar scenes, or things noticed in the surroundings of old monuments.”

With titles as atmospheric as “Killer Tree In The Red Fort”, “Durga Puja In The 1950s” and “Loneliness & Street Cries”, the crisply written chapters in Mr Smith’s various books were like a flying carpet that take the reader into a city only he has seen.

Unlike other celebrated writers on Delhi, he remained as invisible as the people and places he wrote about. He was rarely spotted at book launches. In the Sunday service at Mayapuri’s St. John De Britto Church, he would always be seen sitting timidly in the last row.

Like many Delhiwallas, Mr Smith was not born in Delhi. Raised in an Anglo-Indian household in Agra, he was a descendant of an adopted daughter of a British adventurer called Salvadore Smith, who was drafted into a Maharaja’s army in the 18th century. The next generations opted for less uncertain professions. Mr Smith’s father was the Agra correspondent for a number of national dailies. It was through “Papa’s letter” that he was appointed in 1964 as a sub-editor/reporter at The Statesman in Delhi.

For many years Mr Smith had no permanent home in the city. He lived in cheap hotels that surround the Jama Masjid to this day. This semi-nomadic existence enabled him to explore the Walled City like an insider: his archetypal street-side stories are the stuff that today’s flâneurs dream of.

“First, I moved to Naaz Hotel, where I stayed in the room that was earlier occupied by (painter) M F Husain when he lived in Old Delhi,” Mr Smith told me in one of our many interviews during the recent years. “I later shifted with my wife to Azad Hind Hotel, where my son Tony was born. We ate most of our meals at Karim’s. In the evenings, we sat on Jama Masjid’s stairs, where we would have seekh kebabs.”

One wonders what will be the fate of the newspaper clippings of his writings that he so assiduously collected in his study. Also, what about the scores of black-and-white family photos and letters he preserved? This accumulation is a rare window not only into an Anglo-Indian world of Saturday night dances and Tambola rounds in Agra’s Postal Telegraph Club, but also into the life of a Delhi writer who has chronicled those aspects of the city that otherwise would have passed unrecorded.

“Smith sahab had a hard life towards the end of his years; some of that hardship could have been alleviated if there were some help from a government agency none of which was forthcoming. I know this because I tried,” remarks Ms Jalil.

One of the souvenirs in Mr Smith’s archive was a press ID card issued to him by The Statesman in the 1970s that specifically mentioned that “his work involves attendance at night.”

Life of a writer 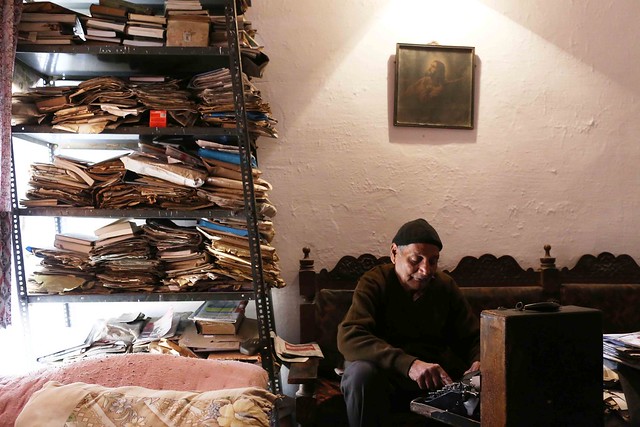 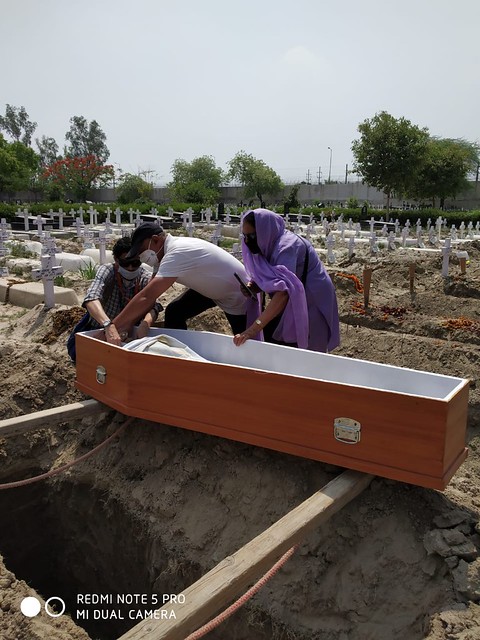 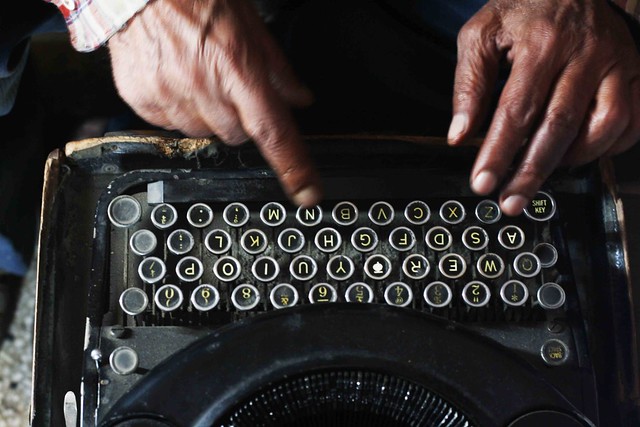 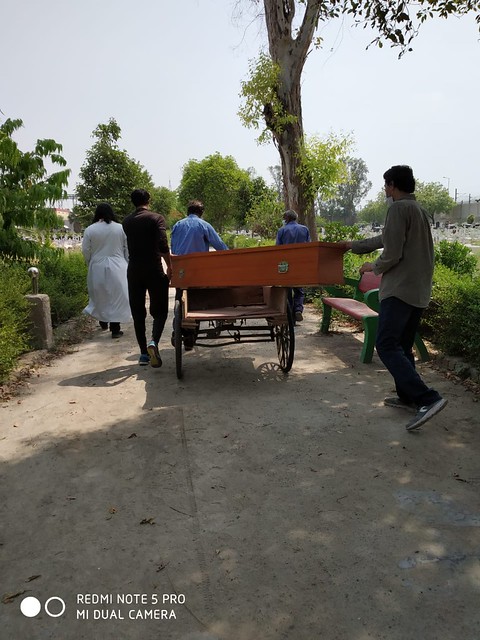 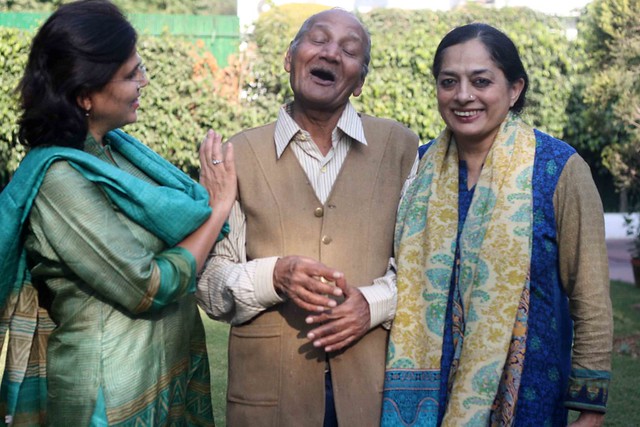 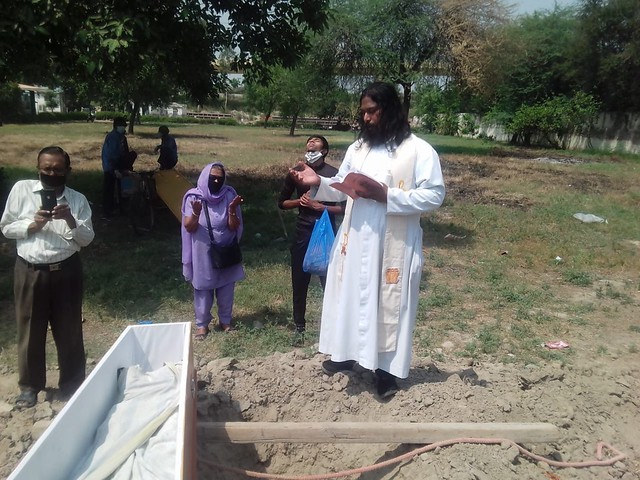 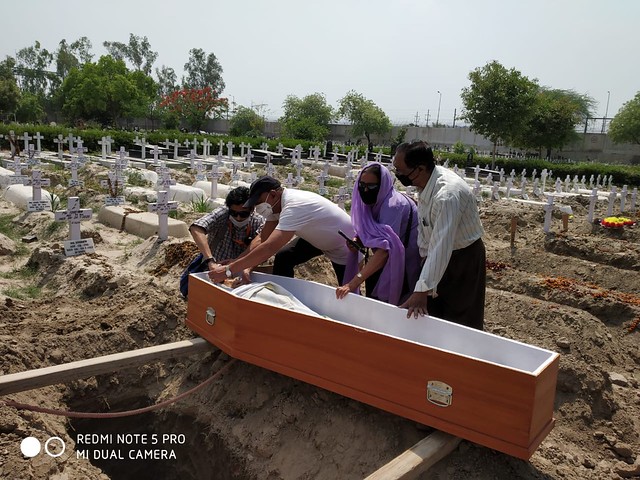 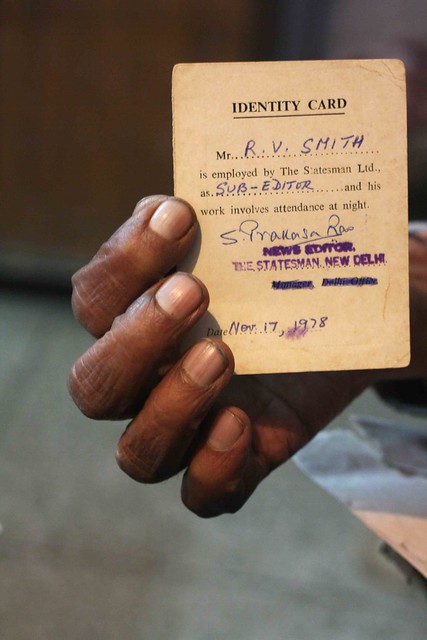 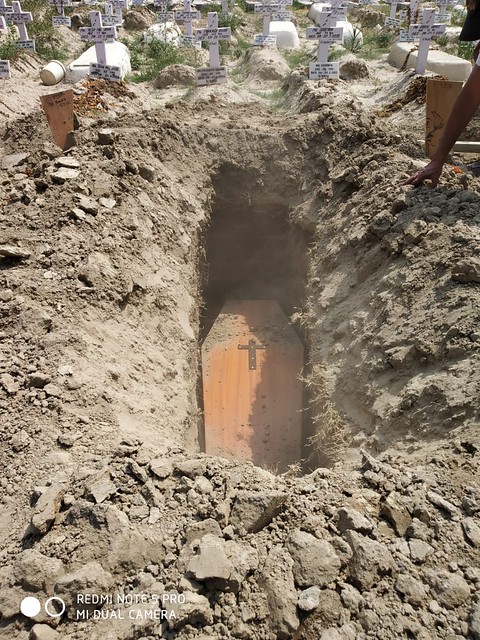 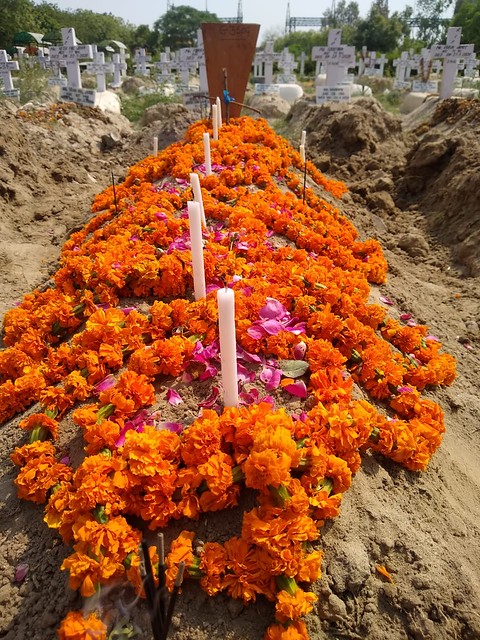 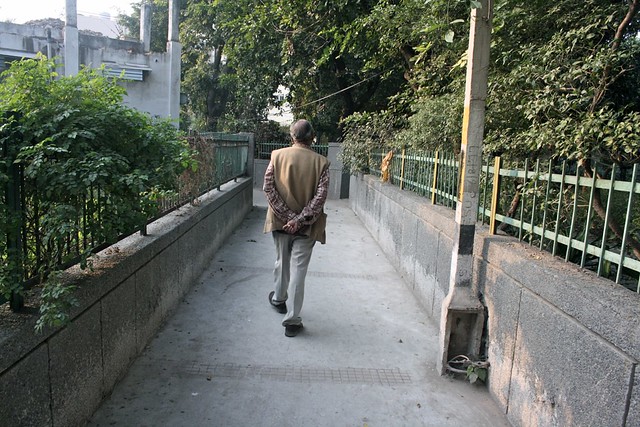